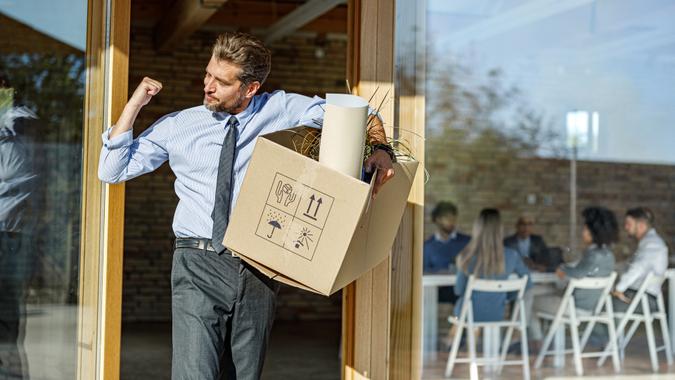 You could probably fill a dozen libraries with the number of management books devoted to improving employee engagement, morale and loyalty. Yet there are still an awful of workers out there who feel underappreciated enough to leave their jobs.

Find Out: 22 Side Gigs That Can Make You Richer Than a Full-Time Job
See: The 26 Highest-Paying Jobs That Let You Work From Home

Nearly half of American workers (46%) have left a job because they feel unappreciated, according to a new survey of 2,000 workers conducted by OnePoll on behalf of Bonusly. Another 65% of respondents said they would work harder if they felt like their contributions would be noticed by management.

The survey, released on Wednesday, underscored the importance employees place on being recognized for their work. Nearly two-thirds of respondents (65%) said they would likely stay at a job even with an unappreciative manager — as long as their coworkers and peers recognized their work.

At the same time, almost two-thirds (63%) of respondents said they feel unappreciated by their employer on a daily basis, and 59% feel they’ve never had an employer truly appreciate their work.

There are any number of reasons employees might feel unappreciated by management. The biggest, cited by 41% of survey respondents, is the notion that management is showing favoritism to other workers. Nearly as many respondents (39%) cited a lack of communication and recognition from management.

Check Out: How To Answer 12 of the Toughest Interview Questions

Becoming more engaged with employees is one way to make them feel more appreciated. Many of the workers surveyed cited career development opportunities as a “key driver” of a positive employee experience. About 25% said they would welcome one-on-one coaching.

Another positive move — cited by 63% of the managers surveyed — is to commend employees by making that praise visible to other team members and the company as a whole.

“The Great Resignation showed us that employees want more than just a paycheck,” Bonusly Founder and CEO Raphael Crawford-Marks said. “As many companies transition toward remote work, there is an increased need to create positive interactions to build stronger connections, even if those are virtual. Retention and high-performance are directly impacted by how employees feel valued and recognized at work.”

Of course, most employees wouldn’t turn down monetary perks, either. When asked what other ways their employers should show appreciation, survey respondents said they would most prefer salary increases, wellness and professional development stipends, and recognition programs.

Compare: The Best (and Worst) US Cities for Work-Life Balance
Discover: Workers Seek Healthier Relationship With Jobs as Offices Reopen

In terms of where employers can improve the most, here were some of the top answers from survey respondents: