If a company doesn’t deliver on its promises to you, it doesn’t matter how unfair it is nor how angry you are — you aren’t likely to file a lawsuit for $15, or $50 or even $500 if the matter is too complex for small claims court. With lawyers’ fees averaging over $200 an hour in many states, it just isn’t worth your while.

Class-action lawsuits occur when more than one individual has been affected by an event — whether it’s a product malfunction, discriminatory action or an accident like a plane crash, according to Lindsey Pasieka, a consumer rights investigator with ConsumerSafety.org.

What exactly is a class action and how can you file one? Keep reading to find out how to make money from a class-action lawsuit.

What Is a Class-Action Lawsuit?

In a class-action lawsuit, instead of one or two people suing, a class of people sue. When an attorney files a class action, she doesn’t even know the names of more than a few of the plaintiffs.

“When individuals have experienced the same type of injury at the hands of a company, they can band together to create a class,” Pasieka said. “This can be helpful when the cost of an individual lawsuit may outweigh the benefits.”

Related: 7 Paycheck Laws Your Boss Could Be Breaking

Who Can File a Class-Action Lawsuit?

Class actions are complex to file and hard to manage. Under Federal Rules of Civil Procedure 23, the people who propose to represent a class in federal court must show:

How to Join a Class-Action Lawsuit

Typically, you are automatically made part of the lawsuit and don’t have to do anything. You only need to do something if you don’t wish to participate. In that case, you’ll file a written statement opting out of the case.

A few cases are opt-in cases. These are cases that sue over wage and hour violations. You join by filing a written election to participate in the lawsuit.

Information on how to opt in or opt out can be found in the class notice. If a class action has already been filed, you might get a class-action notice in the mail. Read it carefully for instructions on what to do.

It’s important to read the opt-in and opt-out notices law firms send to you if they think you might qualify for a class-action lawsuit, said Pasieka. The notice will tell you how much you stand to win if you qualify.

“If the sum is sizable, call in a lawyer you trust to go over your rights,” Pasieka said. “Remember that by ‘opting in’ to a class-action suit, you give up the right to seek individual reparations.”

How to Sign on If You Aren’t Notified by Mail

You’ll find websites that list open class actions and class actions that attorneys are in the process of pulling together. Once such website is ClassAction.org.

Under the “Lawsuit List” tab, you can see the cases and determine if you belong in a particular class. If so, notify the site or the attorneys handling the case.

For example, that site notes that a class action is currently pending over the blood thinner Xarelto. It charges that Xarelto can cause serious and irreversible internal bleeding. If you used Xarelto and suffered that consequence, you could contact the ClassAction.org website, and they would forward your name to the attorneys handling the suit.

Usually, if you are part of a class involved in a class-action lawsuit, you don’t play any role in the suit until it is done. You just sit tight until the case goes to trial or settles.

Once that happens, each class member needs to submit a claim. Often, you can submit online or through the mail. Information on the exact procedure for submitting a claim will be in the class notice you receive in the mail.

When to Expect Payment

If you’re hoping for a nice windfall, don’t hold your breath waiting for rapid payment. Class-action rebates and payments can take years to resolve, and even then the court must review and approve the settlement.

Expect a class action to take at least one to three years — and maybe much longer. Class members can claim their damages once the action settles or goes to trial, not before.

How to Sniff Out a Scam

Sometimes scammers — posing as class action attorneys — call or email individuals in an attempt to get their personal financial information. If someone contacts you in this way, the odds are good that they are not class action attorneys. Save yourself a world of grief and avoid identity theft problems by refusing to provide your personal information — including your Social Security number, driver’s license number, bank accounts, etc. — to anyone you don’t know.

It’s also possible for people or companies who settle a class action case to be contacted by scam artists. The scammers might send wire transfer instructions that look like they are from class-action claims administrators. However, any wired money goes to the scammers instead.

Class Actions That Are Currently Open

Here are some class actions that are currently open, plus the claims deadlines. You can find out about these and other class-action lawsuits from Consumer-Action.org.

1. Drew’s Salad Dressings — Claiming that consumers who bought certain Drew’s All-Natural Salad Dressings and Quick Marinades between June 15, 2011, and Feb. 15, 2017, were subjected to false advertising and may be eligible for a $3 coupon and 50 cents per product purchased, with a maximum of $10 cash. Claim deadline is Saturday, July 15, 2017.

3. Staples — Charging that Rewards members who purchased a Rewards-eligible product and a non-Rewards eligible product in the same transaction between March 24, 2009, and April 25, 2017, might be eligible for $10 in Staples Rewards. Claim deadline is Monday, July 24, 2017.

5. Wells Fargo — Charging that consumers wrongly received automated or prerecorded calls or texts on their cellphones from Wells Fargo regarding student loans between April 21, 2011, and Dec. 19, 2015. Claim deadline is Monday, July 31, 2017.

6. Harbor Freight Tools — Charging that people purchased products “advertised with a higher suggested retail price next to a lower current price” and are due money they “saved” or spent between April 8, 2011, and Dec. 15, 2016. It is claimed the products were “not being sold at the higher suggested retail price for at least 28 of the last 90 days prior to purchase.” Claim deadline is Monday, Aug. 7, 2017.

Up Next: 9 Ways You’re Leaving Free Money on the Table 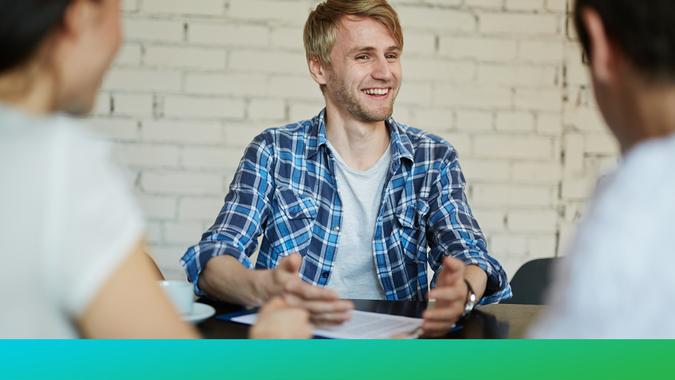 Job hopping is becoming more common among younger workers, but changing jobs every one or two years can be career suicide.

> Money > Jobs > How to Make Money Off a Class-Action Lawsuit