Most Americans Would Be Happy Making $65K a Year, Survey Finds 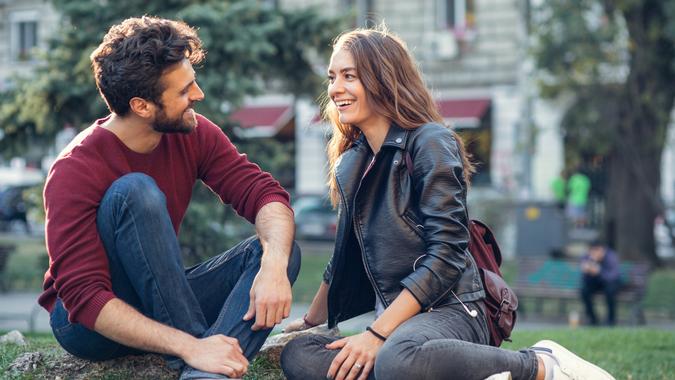 How much money do you need to make to be happy? According to a recent study, the ideal income for life satisfaction in North America is $105,000. However, many Americans say they would be happy making much less.

Breeze asked 1,500 Americans the salary they would be content with, and the response is lower than you might think.

See: 22 Side Gigs That Can Make You Richer Than a Full-Time Job
More Options: 8 Remote Jobs That Pay at Least $20 Per Hour

Most Americans Don’t Need Six-Figure Salaries To Be Happy

Breeze asked its study participants, “Would you be satisfied if your maximum salary over the course of your working career capped out at $xx,xxx?” Over half of participants — 51% — said they would be satisfied maxing out at $65,000.

Women Are Less Likely To Be Satisfied With Lower Salaries

“I don’t have a specific reason as to why women were less likely than men to be satisfied with the various max salaries, but it’s a great thing to see,” Brown said. “The gender pay gap is very real in the U.S., with women earning 84% of what men earn. Our report shows women employees aren’t ready to just accept a lower salary because that’s the way it’s always been; they rightfully expect to get paid what they deserve to get paid.”

“Louisiana, Arkansas and South Carolina all have a very low cost of living, and these were the three states most likely to be satisfied with a max salary of $50,000,” Brown said. “On the contrary, states with a high cost of living, like Massachusetts, New Jersey and Connecticut, were amongst the least likely to be satisfied with a $50,000 salary.”