The Push To Unionize: What’s Behind It and Can It Increase Wages? 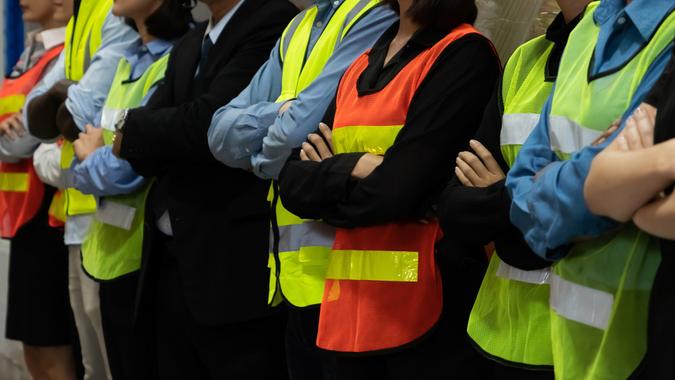 There’s a growing trend of employees at major companies, including Apple and Amazon, trying to unionize. Let’s take a look at some of the unionization trends across the country, the response of the organizations, and then explore if a union can really help workers today.

See: 9 Best Small Business Ideas To Make Money From Home
Find: 10 Unexpected Jobs You Can Do From Home

Workers at quick-service and fast food chains like Chipotle and McDonald’s are trying to unionize “at an unprecedented pace,” Eater.com reported. While these chains haven’t had success yet, the coffee chain Starbucks has. Workers in more than 100 Starbucks locations across 19 states are already organizing unions. However, Starbucks leadership is fighting it.

In addition to urging workers to vote against unions, Starbucks leadership has asked the National Labor Relations Board to require stores in the same region to vote as a group, rather than individually. This could prevent stores in certain areas from unionization if the majority of all employees at all the locations in that region don’t vote “yes” to unionization.

Starbucks also launched the We Are One Starbucks website, which urges Starbucks employees to vote against unions and cites employee benefits like health insurance, college tuition, and Spotify Premium subscriptions as ways the company supports its workers. Eater pointed out that unionization could lead to a minimum wage of $25 an hour for baristas at the coffee houses.

Retail employees in at least eight Apple Stores are also starting the process of unionization. Two of these groups are planning to file their formal petitions with the NLRB soon, while others are still in the earlier stages, according to the Washington Post.

Apple retail workers currently earn between $17 to $30+ per hour, a far cry from most food service paychecks, but workers say the wages are still not keeping pace with inflation — or the company’s profits. The company showed revenue of $378 billion last year, up from $240 billion in 2017, the Washington Post reported. Apple CEO Tim Cook could be looking at a $99 million compensation package in 2022. Retail workers at Apple Stores said Apple’s massive sales figures are, in part, a result of the retail employees’ passion for and knowledge of the products they sell.

“[Retail workers are] struggling and they’re hurting and we work for a company that has the resources to make sure that they’re taken care of,” one labor organizer told Fast Company.

Worker at an Amazon Fresh stores in Seattle are, similarly, pushing to unionize. Rather than relying on existing unions, however, the grocery store employees are forming their own group called Amazon Workers United, The Columbian reported. So far, Amazon has refused to recognize the AWU union.

Workers at REI in the SoHo neighborhood of New York City recently voted to unionize, winning the vote by an 86% margin. It is the only unionized REI store, out of 174 locations, according to Sourcing Journal.

Workers in Tesla’s Fremont, California factory are also once again pushing for a union vote. And this time, Tesla CEO and Technoking Elon Musk said he won’t fight the vote.

What Could Unions Accomplish?

The common thread running through all these companies is workers looking for better pay and better treatment. Workers at Starbucks, Chipotle and Amazon Fresh all cited unwarranted firings — often over union-related matters or changes in policy that employees weren’t aware of — as a key point they were fighting.

Forbes reported that union members in 2020 earned a median weekly wage of $1,144, while non-union members earned $958. Meanwhile, union dues average $400 annually, according to labor relations and anti-union services website ANH.com. From an earnings standpoint alone, unionization is worth it for many employees. And that doesn’t factor in the additional benefits unions can fight to secure for their members, including additional paid time off, better working conditions, fair treatment and better benefits.

The Economic Policy Institute shares that union workers get an average 11.2% more and gain greater access to health insurance and paid sick leave. Even with many states raising the minimum wage in 2022, and a tight labor market that continues to drive employee wages higher in an effort to find quality workers, employees with unions behind them are likely to garner even higher pay, historically speaking.

The pandemic opened many people’s eyes to the importance of their work in retail, hospitality and other hourly wage positions. These individuals were not able to work from home and risked their health to serve the public, often earning less than a living wage. Today’s workers view unions as one solution to the issue of wage inequity.

If companies wish to attract workers, it could become harder for them to fight unions as the concept grows more prevalent.