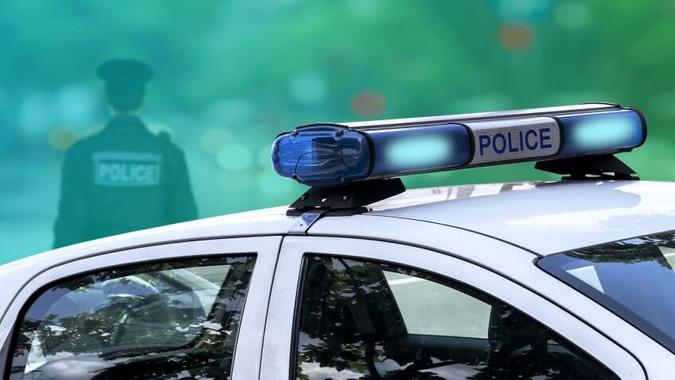 Are you thinking about changing careers? Are you up for a challenge? There are high-paying jobs in every industry, but they're high-paying for a reason. They're more stressful, dangerous, dirtier or smellier than other job opportunities. They might disgust or scare you, but they're among the best paying careers out there. If you haven't flinched yet, get your finances in order and make that job change. 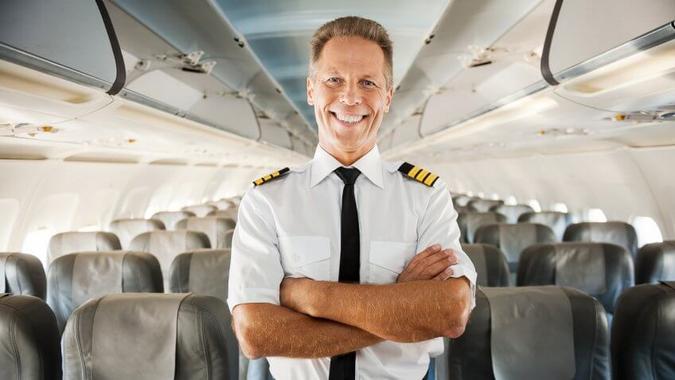 Airline pilots play a pivotal role in getting passengers safely to their destinations.

Why you might hate it: Airline pilots ranked in the top 10 of the most stressful careers, according to CareerCast's 2017 report on job stress, and it's easy to see why. They have to navigate planes at high altitudes through sometimes treacherous weather conditions, and their work schedules can vary tremendously. If the thought of living out of hotels deters you, this is not your flight path.

The pay incentive: You'll likely find ways to cope with the stress when you hear the pay: An airline pilot's median salary is $127,820, according to the BLS. Even better? The average captain at a major airline earns about $135,000 per year. 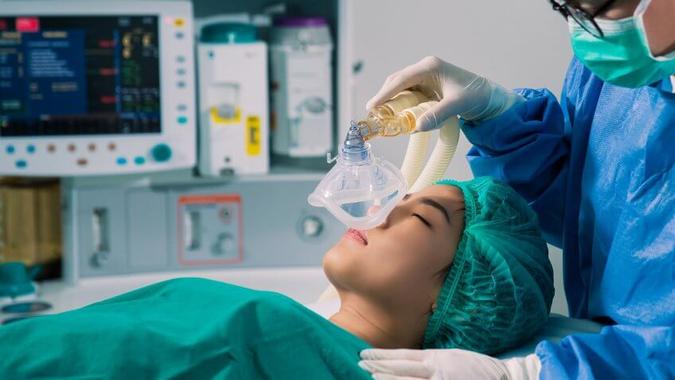 An anesthesiologist is a doctor who specializes in administering drugs to ease patients into unconsciousness before surgery, as well as administering pain-reducing drugs for other medical procedures.

Why you might hate it: A patient is at risk of death, heart attack or pulmonary embolism when undergoing general anesthesia, and there's always some danger in injecting medication intravenously. When there's an error, there are legal consequences. Anesthesiologists who responded to a Medscape Malpractice survey in 2015 said that they'd all been sued.

The pay incentive: Anesthesiologists are paid extremely well for holding a patient's life in their hands. The average annual salary is nearly $280,000 for anesthesiologists in outpatient care centers, according to the BLS. 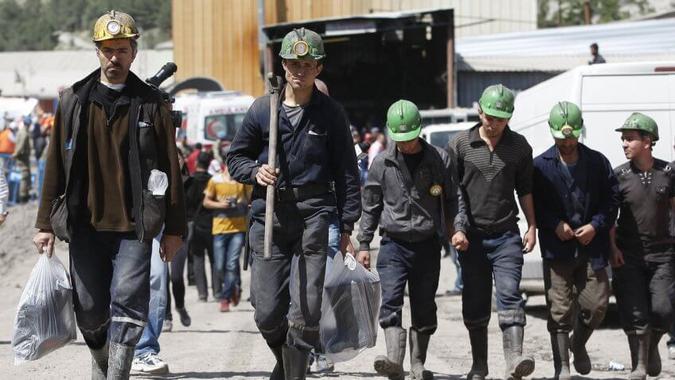 Coal miners remove coal from the earth, and a majority of coal mining is done underground, known as "deep" mining.

Why you might hate it: It's a dirty job, coating you entirely in coal dust. Underground mining often means working in uncomfortable, damp and dark conditions. It's also quite risky, as coal mines contain methane, which can cause explosions. Unstable mines can collapse and potentially kill workers. Long-term miners can have problems with their lungs later in life. 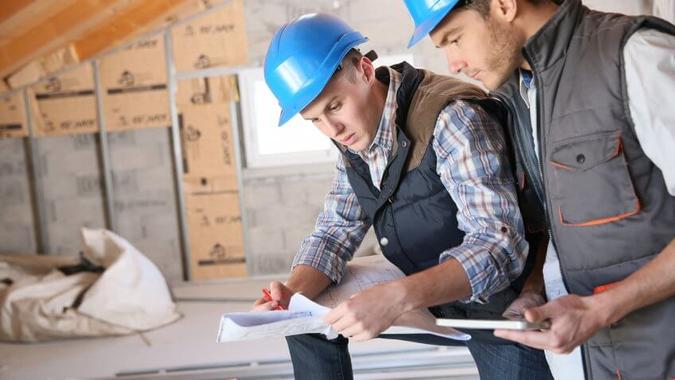 Why you might hate it: You'll hate this job if you enjoy an air-conditioned office setting. Even as a foreman, you'll be expected to participate in physical labor, which might include working in severe heat conditions for extended periods of time.

The pay incentive: Payscale states the average foreman salary as $56,180. 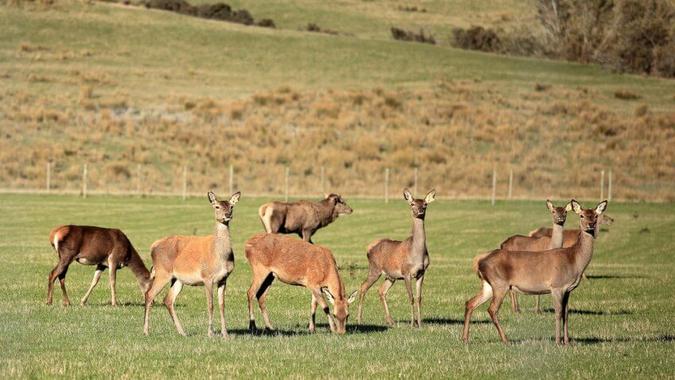 Although it might sound strange, bottled deer urine is quite useful to hunters. The farmer typically has a raised building with slatted floors so the urine drips into buckets for collection.

Why you might hate it: For one, you're dealing with actual urine, up to 64 ounces per deer per day. If you bore easily, this job will put you over the edge, because collecting urine is as exciting as it sounds.

The pay incentive: Deer Farmer calculates that one deer could theoretically earn a farmer between $93,440 and $303,680 per year, but actual earnings will likely be lower. Doe-in-heat urine has a retail price of $70 to $100 per gallon. Get your drip pans ready.

See: Here's What Employees Say They'll Do to Double Their Salary 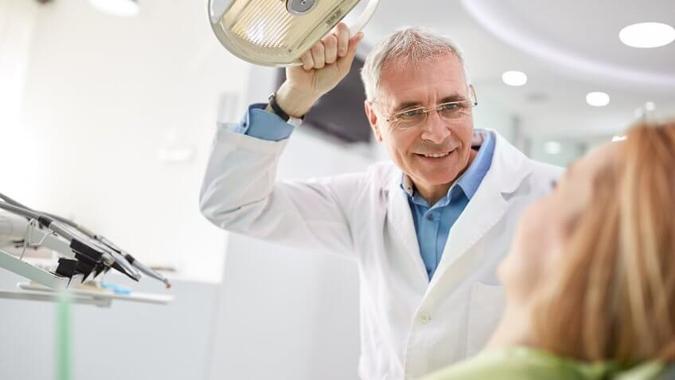 Dentists keep smiles looking their best by treating tooth decay, cavities and related teeth and gum problems. Other responsibilities include making models and measurements for dental appliances and administering anesthetics during dental procedures.

Why you might hate it: People fear the dentist, so it can be hard to fix teeth and make a consistent living if they stay away. Many patients associate the profession with pain. There's also a high level of burnout and many dentists report having neck and back issues from leaning over their patients all day.

The pay incentive: The median pay for dentists is $159,770, but the top 10 percent earn more than $208,000. Here's another perk: Dentists typically work 36 hours per week, and they can make their own schedule because they're commonly self-employed. 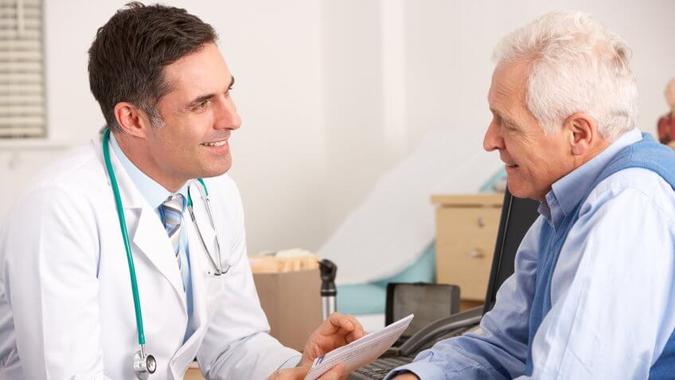 Doctors examine and treat patients for illnesses and diseases. They might order tests, write prescriptions, update medical charts and counsel patients on diet and preventative healthcare.

Why you might hate it: If you don't like working with people or shy away from blood and sickness, you'll really hate this career. Doctors also typically have irregular hours and are frequently on call, which could mean an unexpected trip to the hospital at 2 a.m.

The pay incentive: According to the American Academy of Family Physicians, the average salary for a primary care doctor was $225,000 in 2016. But salaries vary depending on location. If this is your dream job, find out which cities gives you the best chance of landing it. 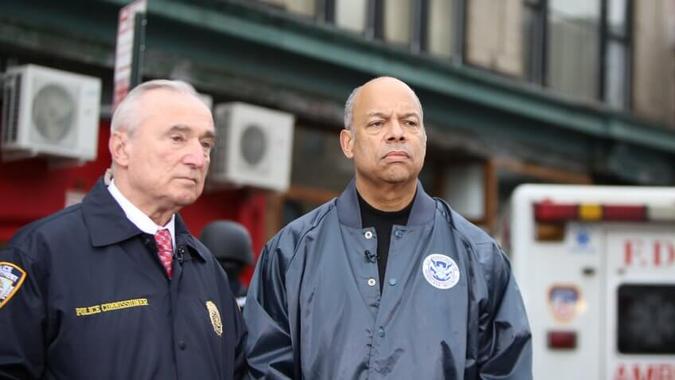 Emergency management directors are responsible for emergency preparation and procedures, including before and after an event. A major component of the job involves training for a wide-range of disasters.

Why you might hate it: When others are fleeing the area, you'll be smack in the middle of the emergency, sorting through the chaos. If you're not willing to put your personal safety on the line or don't handle stress well, this isn't your calling.

The pay incentive: The BLS states the median salary for emergency management directors as $70,500, but the top 10 percent earn more than $133,880. 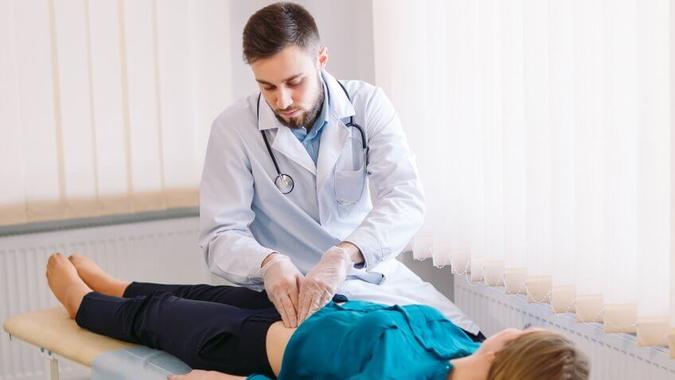 Gastroenterologists diagnose and treat disorders and infections in the digestive tract. These specialty doctors use advanced medical instruments to see internal organs and diagnose problems.

Why you might hate it: The digestive tract includes everything from the mouth to the anus. If dealing with rectal bleeding, hemorrhoids and irritable bowel syndrome make you squeamish, stay clear of this career.

The pay incentive: According to a Medscape 2016 compensation survey, gastroenterologists are among the highest paid doctors, earning $380,000 annually. This makes it one of the best paying jobs in the medical profession.

Also in Careers: You Don't Need a College Degree to Snag These High-Paying Gigs 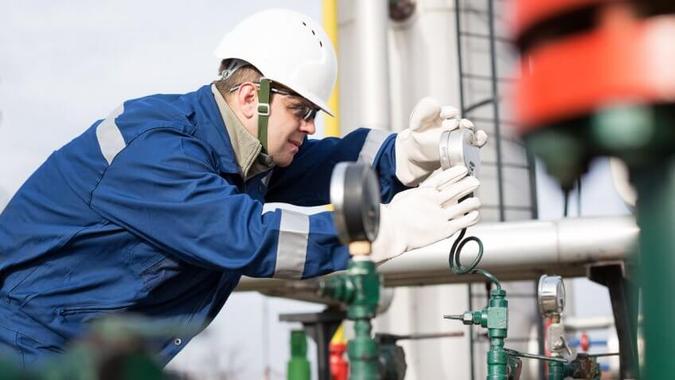 It's not just the rotting garbage that makes landfills smell so bad. It's the gas produced from the breakdown of waste that creates a bacterial and chemical reaction. A landfill gas collection system operator's job is to remove gas such as methane and carbon dioxide from a landfill. They track the gas levels using special instruments and collect gas with a gas collection system.

Why you might hate it: Landfill gas operators deal with gases and bacteria that could pose potential health risks, and needless to say, you won't come home smelling of roses.

The pay incentive: The pay might counteract the dirt and smell. A landfill operator's salary can range between $72,000 and $108,000. 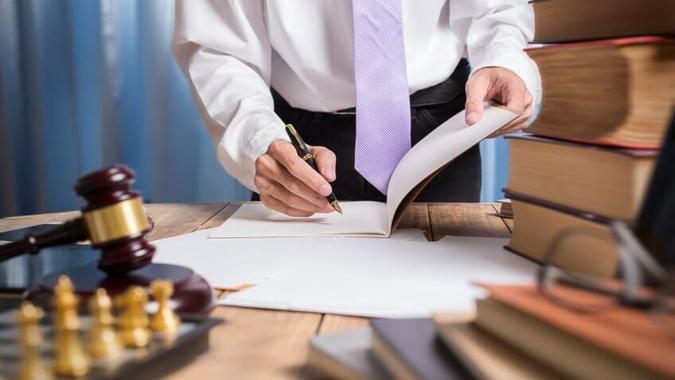 Lawyers represent people, businesses and other agencies in legal matters. They act on their client's behalf in court or help with private matters such as wills, contracts and deeds.

Why you might hate it: First, it's not as exciting as it's portrayed on TV. Much of the day-to-day work an attorney does includes mundane tasks such as researching and preparing legal documents. Lawyers actually spend little time in the courtroom at trial. And lawyers tend to work a lot of overtime. Most lawyers make themselves available to their clients wherever and whenever. 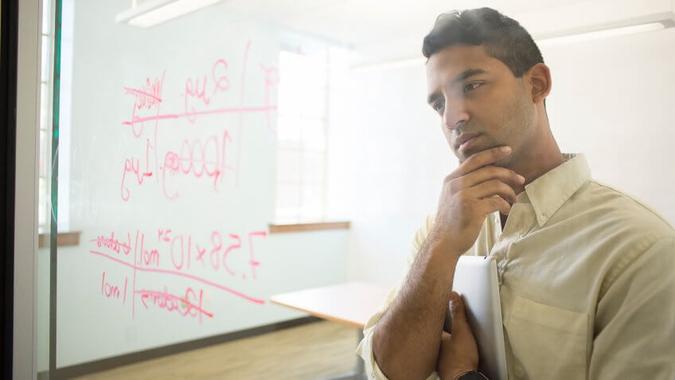 Mathematicians conduct research to develop or explore math rules or new theories. They might also use mathematical concepts to solve practical problems in business, science, engineering and other areas. According to the most recent BLS numbers, 3,500 people in the U.S. worked in this profession in 2014.

Why you might hate it: This job can be highly competitive because there are so few people employed in it. If you despised basic algebra and geometry in school, this won't be the profession for you. Mathematicians might have to work overtime to meet deadlines and last-minute requests. 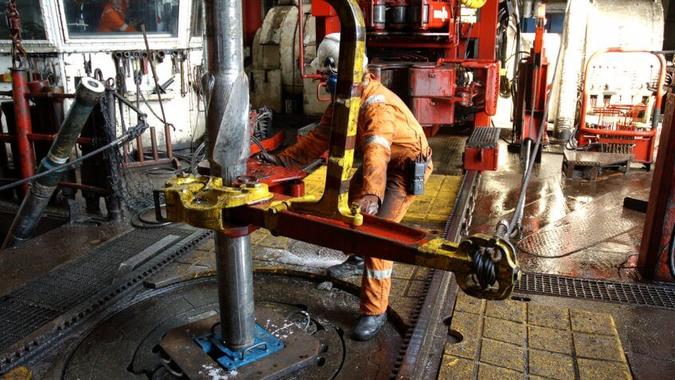 An oil rig worker, also known as oil well driller, extracts oil from the earth or sea floor. The workers are assigned to an oil rig where they supervise the drilling crew and help extract oil. They must closely monitor the drill bit and extraction lines for efficiency and safety.

Why you might hate it: Drilling for oil and gas is one of the most dangerous professions because you're working with combustible material and moving equipment. Drillers also work long shifts and might be on the job for several weeks at a time. If you get homesick, this job is not for you.

The pay incentive: Rigzone, a job and data information site, said the average drilling pay is more than $108,000 worldwide. Payscale puts the median salary for oil rig drillers at $65,000, but it can vary by region and skill level. 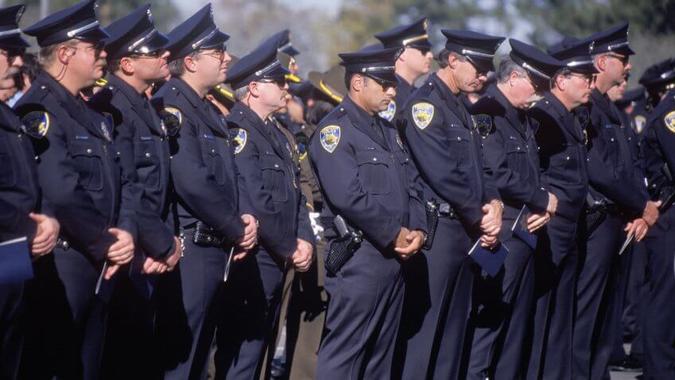 Police officers uphold the law and protect people and property. They might patrol assigned areas, respond to calls, collect evidence or observe suspects. They must also write reports and prepare for court cases.

Why you might hate it: Police officers have a lot on their plates. Long hours can make the job physically demanding. Handling criminals and being on standby when something bad happens not only makes the work dangerous, but also stressful. In fact, the job and information company CareerCast ranked being a police officer among the most stressful careers in its 2017 report.

The pay incentive: The median salary for police officers and detectives is $61,600, according to BLS numbers. If that pay doesn't have you dashing off to become an officer of the law, you should know that the top 10 percent of earners make more than $102,750.

See: How Much Police Officers Earn in Every State 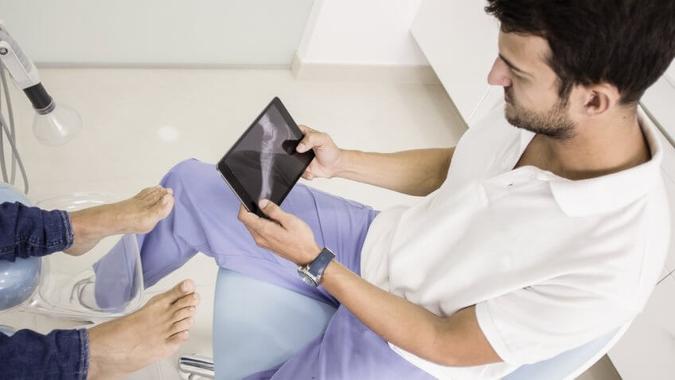 Podiatrists diagnose and treat conditions of the foot, ankle and lower leg. They might prescribe certain shoe inserts to improve mobility and medication as well as perform foot and ankle surgery.

Why you might hate it: Do feet disgust you? Then you're really going to hate touching a foot with bunions or bone spurs. Many podiatrists have evening or weekend hours to accommodate patients. If they work in a hospital setting, they might even be on call. 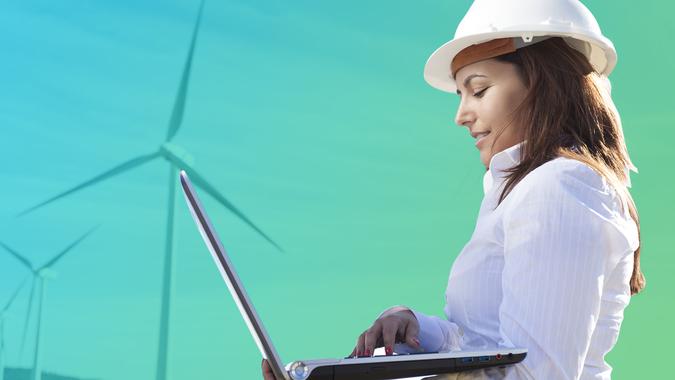 12 High-Paying Jobs That Only Require an Associate Degree

These jobs don't require a four-year degree and are part of growing industries.

> Money > Jobs > You'll Hate These Jobs But Love the Money