Gen X Saw Wealth Increase 50% During COVID — What’s Changed for Those Between Millennial and Boomer? 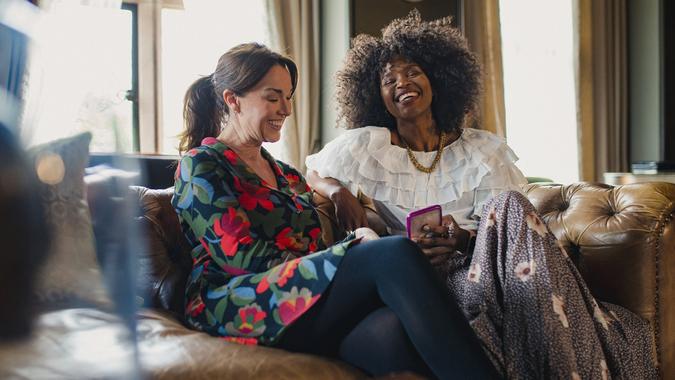 Many Americans suffered great economic and financial turmoil during the pandemic — and some continue to suffer. But one generation had the opposite experience. Generation X, the group between baby boomers and millennials, has experienced a wealth boom in the U.S. since COVID-19 was declared a national emergency, Bloomberg reported.

COVID-19 Pandemic: One Year Later, Women are Twice As Burnt-Out in the Workplace
Explore: The Best Cash Back Credit Card Right Now

Gen X — people who are between the ages of 41 to 56 — suffered the most during the 2008 crisis, but the trend has dramatically shifted this time around, as their wealth has gone up 50% during the pandemic, according to Bloomberg. In addition, as of June 2021, they’ve held 28.6% of the nation’s wealth, up 3.9% from the first quarter of 2020, according to Fed data. In dollar value, that translates into a 50% gain in their aggregate net worth — the difference between a household’s assets and debts, according to Bloomberg.

Gen Xers also saw robust gains in equities and pension entitlements, while their share of the nation’s consumer debt declined, the data showed.

More: 10 Supply Shortages That May Happen Again This Year

“Another way to grasp the Gen X wealth boom: The cohort of about 34.6 million households added $13 trillion in assets over 15 months. That’s more than the $12.8 trillion added by Boomers, a group that includes 7.7 million more households,” Bloomberg reports.

In addition, that generation also benefited more than the older Boomers from a rise in pension assets, as the youngest Boomers are 57 and many have retired — meaning they are drawing down on their pensions.

Finally, another data point underlying the trend is that in five quarters, equity assets owned by Gen X households more than doubled to $10.5 trillion, according to Fed data. That amount is now more than 10 times the stock holdings of millennials — yet only about half Boomers’ equity holdings, Bloomberg says.