Warren Buffett is known as one of the wealthiest people in the world. Many people follow his story, support his journey to wealth and mimic his ideology — and for good reason — as of July 2015, Buffett’s net worth was valued at close to $67 billion, according to Forbes.

Related: Warren Buffett’s 14 Best Tips for the Class of 2015

Who Is Warren Buffett?

The feisty 84-year-old is a self-made billionaire and CEO of Berkshire Hathaway, an Omaha, Neb.-based multinational conglomerate holding company. The company’s Class A stock is more expensive than that of any other U.S.-based company at more than $200,000 per share.

Buffett has been a long-time member of the list of the top 10 wealthiest individuals in the world. In addition to being a highly successful businessman, he is an active investor and philanthropist. Despite his vast wealth, Buffett adheres to his personal values and strives to live frugally.

Buffett’s incredibly high net worth is bigger than the gross domestic product — the total value of goods and services tallied over a specific period — of some countries. Check out this list and be inspired in your own journey toward personal wealth. 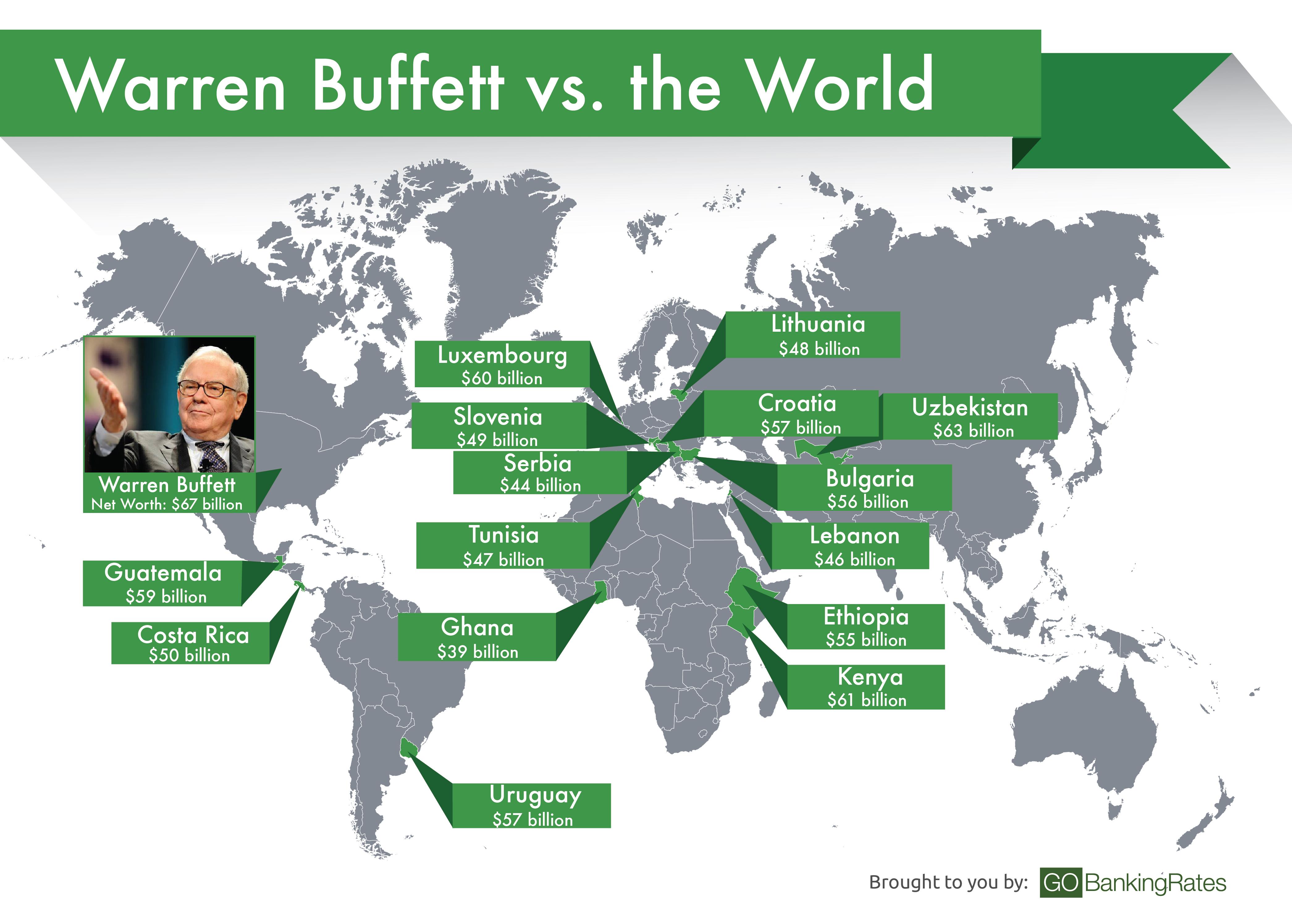 Uzbekistan, a Central Asian country, is hot, dry, and landlocked, but crops are huge here — in particular, cotton. Uzbekistan is the world’s fifth-largest exporter of cotton and sixth-largest cotton producer.

Kenya serves as the economic hub and transportation center for East Africa. Many residents work at least part time in agriculture, helping to produce tea and coffee.

Luxembourg is dominated by service industries, particularly finance, but the small Western European country has diversified to include chemicals, machinery and equipment, rubber, and automotive components.

A third of the people in Guatemala, Central America’s most populous country, work in agriculture, exporting sugar, coffee, bananas and vegetables. Textiles and clothing are also important industries, and remittances from Guatemalans abroad amount to a tenth of the country’s GDP.

The economy of this Eastern European country took a dive during the 1991-95 war and is slowly coming back, largely helped by tourism. Other industries in Croatia include electronics, textiles, shipbuilding and petroleum products.

This Eastern European country, with land on the Black Sea and the famous Danube River, counts energy sources such as electricity, water, gas and petroleum products among its industries. Corruption and crime hamper its prospects.

Ethiopia’s economy is based on agriculture with coffee being huge for its 94 million residents. The government of this East African nation is pushing to diversify into manufacturing, textiles and energy generation.

While bananas, coffee, sugar and beef are still the backbone of exports for Costa Rica, this Central American country has expanded into specialized agricultural and industrial products, such as medical devices.

Unemployment remains high in this Central European country, despite varied industries, such as ferrous metallurgy and aluminum products, lead and zinc smelting, and electronics.

This Baltic country, which adopted the euro in January 2015, has a fast-growing economy thanks to diverse industries, such as appliance manufacturing, shipbuilding and video game development.

The economy of this Middle Eastern country is service-oriented; main growth sectors include banking and tourism. Its 1975-90 civil war halved its national output, and economic growth is tamped today by refugees from the Syrian civil war.

Exports from the country, which is in Europe’s Balkan Peninsula, include automobiles, base metals and chemicals.

Agriculture accounts for nearly one-quarter of Ghana’s GDP and employs more than half of the workforce of the country. Gold and cocoa exports and individual remittances are major sources of foreign exchange.

GDPs are rounded to nearest billion in U.S. dollars and are as of 2014 from The World Bank, except 2013 for Luxembourg and Tunisia. Exports and industry information are from the Central Intelligence Agency.

Holly Hammersmith is a Cleveland-based writer. She started her career as a reporter in the daily newspaper industry. Later she worked for Fortune 500 financial services company Lincoln Financial Group, writing and editing marketing and communications materials for over 8,000 financial advisors and assistants. 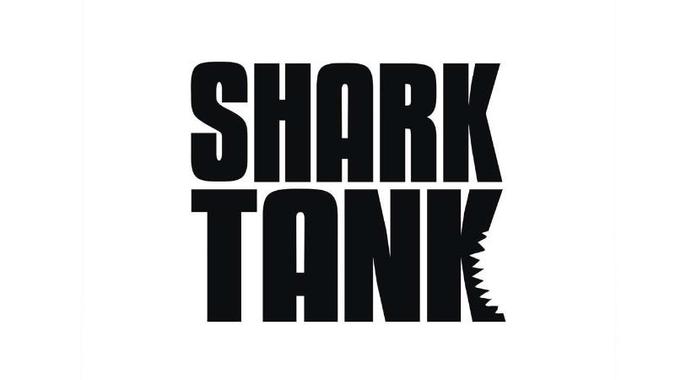 How One ‘Shark Tank’ Deal Turned Lani Lazzari Into a