How Rich is Carrie Underwood? 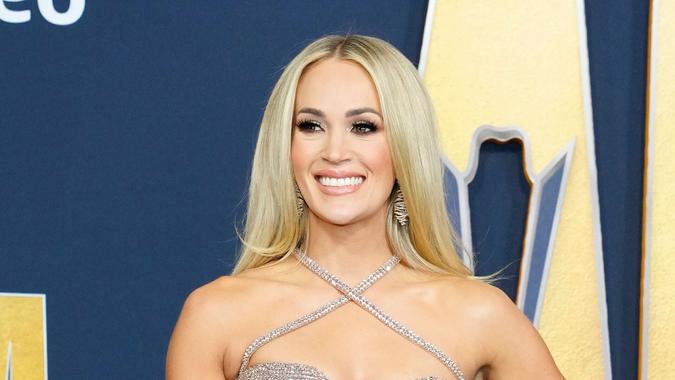 Carrie Underwood, 39, is an American singer, songwriter, actress, author and entrepreneur who has come a long way since winning the fourth season of “American Idol.” She just took home the Single of the Year award from the Academy of Country Music for her duet with Jason Aldean, “If I Didn’t Love You” on March 7.

Underwood is now one of the most successful recording artists in the business, famous for seamlessly incorporating country, gospel and mainstream elements into her music.

Her debut solo album, “Some Hearts” (2005), is the best selling country album of the past 17 years, containing the hit singles “Before He Cheats” and “Jesus Take the Wheel.” She has released eight albums, including “Carnival Ride,” Play On,” “Storyteller,” “Cry Pretty,” “My Gift” and “My Savior.”

Underwood has won seven Grammy Awards, including the award for Best New Artist. Other honors have come her way, such as multiple American Music Awards and Academy of Country Music Awards. At this point in her career, she often serves as co-host of such festivities.

Underwood has sold 70 million records worldwide, has an estimated net worth of $140 million (according to Celebrity Net Worth), and is the most commercially successful alumni from “American Idol.”

Underwood has enjoyed endorsement deals with major players such as Nintendo, Sketchers, Target and Almay.  She released her own clothing line, CALIA, in a partnership with Dick’s Sporting Goods in 2015.

In 2017, she had a terrible accident at home wherein she broke her wrist and injured her face — injuries which required about 50 stitches and plastic surgery to repair. She has since recovered, and continues to wow on the red carpet.

Carrie Marie Underwood is the youngest daughter of three born to Carole and Steve Underwood in Muskogee, Oklahoma, on March 10, 1983. She grew up on a farm in the town of Checotah where she was an active participant in the First Free Will Baptist Church and, ever musically inclined, took part in local community events and talent shows. She graduated from Checotah High School in 2001.

While she was a student at Northeastern State University in Tahlequah, Oklahoma, Underwood auditioned for “American Idol” in St. Louis. She went on to win her season in 2005 and soon recorded and released her chart-topping album “Some Hearts” that same year.

Discover: How Rich is Kendrick Lamar?

Her first single, “Inside Your Heaven,” debuted at No. 1 on the Billboard Pop 100.  Her third single, “Before He Cheats,” hit No. 1 on Billboard’s Hot Country Songs and was the first country song to be certified multi-platinum.

Despite her growing success, she finished college and earned her degree. She earned a B.A. in communications with an emphasis in journalism in 2006.

Underwood met Mike Fisher, a NHL player, in 2008. They were married in July of 2010, and have two sons together.

Underwood and Fisher have been reported to own multiple properties, with their primary residence being located in a rural area in Franklin, Tennessee, that they moved into in 2019. The custom-built estate resides on 300 acres.

The pair sold their previous home in Brentwood, Tennessee, for $1.41 million in 2020. They have also put their estate located near Ottawa, Canada, on the market for $2.2 million.

Learn: How Rich is Zendaya?
Explore: How Rich Are Tom Hanks, Renée Zellweger and More Past Oscar Winners?

Carrie Underwood is celebrating her 39th birthday on March 10, 2022.