It’s been 40 years since Elvis Presley died of a heart attack on Aug. 16, 1977, but he hasn’t lost his status as the King of Rock ‘n’ Roll. Dedicated fans will convene at Graceland, his Memphis, Tenn., estate for Elvis Week 2017, where they’ll celebrate his life and legacy.

Elvis Presley’s age at death was just 42 years old, which made it even harder for fans to cope. The “Suspicious Minds” singer has continued earning millions per year posthumous; take a look at his net worth today.

Elvis Presley Net Worth and Estate

At the time of Elvis Presley’s death, his estate was valued at $4.9 million, according to the Los Angeles Times — equal to $19.6 million today. He left his entire estate to his only child, Lisa Marie Presley, who was 9 years old when he died.

A few years after his death, Lisa Marie’s mother and the rocker’s ex-wife, Priscilla Presley, took control of the estate. By 1989, she grew it to more than $75 million, with approximately $15 million in gross income annually. When Lisa Marie turned 25 years old and inherited the estate in 1994, it was worth an estimated $100 million.

Today, Elvis Presley’s net worth has risen to an estimated $300 million, according to Celebrity Net Worth. Forbes cited his 2016 earnings at $27 million, which is certainly impressive, but nearly half his 2015 payday, which totaled $55 million.

He passed away four decades ago, but the King is still releasing records. His album “The 50 Greatest Hits” will be re-released on Aug. 11.

This record will join his 26 studio albums and 92 live albums. The “Don’t Be Cruel” crooner also had 94 songs reach top-20 status on pop, country and R&B charts.

As for the best Elvis Presley song — that’s up for debate, as every fan has their own opinion. However, the Rock & Roll Hall of Fame cites “That’s All Right” as his most essential, followed by “Mystery Train,” “Heartbreak Hotel,” “Don’t Be Cruel” and “Jailhouse Rock.”

Most people remember Elvis Presley as a rock star, but he was also an accomplished actor. From 1956 to 1969, he appeared in 31 movies.

Quite a few of his most well-known films share a name with one of his hit songs. Some of these include “Love Me Tender,” “Blue Hawaii,” “Jailhouse Rock” and “Viva Las Vegas.”

The three-time Grammy winner never garnered any major acting awards, but he was recognized for his off-camera antics. He won the Sour Apple at the Golden Apple Awards — presented by the Hollywood Women’s Press Club — in both 1960 and 1966 for being the least cooperative actor.

Graceland and Other Elvis Destinations

Graceland was added to the American National Register of Historic Places in 1991. More than 600,000 people visit the property annually, which prompted the construction of a new $45 million visitors center — aka “Elvis Presley’s Memphis” — completed in 2017. In addition to the annual Elvis Week, Elvis’ birthday is also celebrated each year at Graceland.

The $92 million, 450-room Guest House at Graceland opened in 2016, and allows fans to stay overnight, just steps away from the famous mansion. You can get a standard room at the luxury hotel for nightly rates from $123 to $330, according to TripAdvisor.

While in Memphis, don’t miss the chance to visit some of Elvis’ favorite places. Food & Wine recommended adding Sun Studio, the recording studio where Elvis got his start; The Arcade, where you can order the fried peanut butter ‘n’ banana sandwich; and the iconic Catherine & Mary’s restaurant.

Graceland has plenty of collectibles for sale, including a $135 Elvis Presley My Way gold record and a $125 Lowell Hays Gold Plated Charm Necklace. There’s also a slew of Elvis keepsakes for sale on eBay, including an extensive collection of memorabilia priced at $1.35 million and a bed he once owned on sale for $100,000 or best offer.

Going to Graceland: The Most Recognizable Structure in Every State (and How Much It Cost to Build) 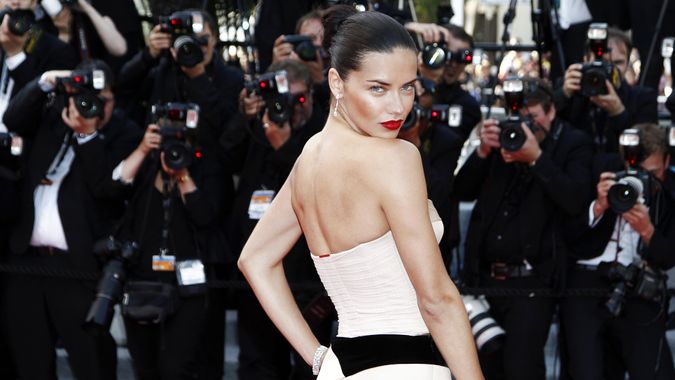 These ladies know a thing or two about walking in NYFW.