Some lucky people can sing, some can dance and some can act. Hugh Jackman can do all three. A star of the big screen, small screen and Broadway stage, Hugh Jackman turns 49 on Oct. 12. The Australian actor has amassed a massive fortune through his celebrated role of Wolverine in “X-Men,” one of the biggest superhero franchises in history. Here’s a look at Hugh Jackman’s life, career and net worth as the star’s birthday nears.

Hugh Jackman is a member of the elite nine-figure club. According to Forbes, the multi-talented actor earned $23 million in 2015 alone. Although much of his fortune can be attributed to the iconic Hugh Jackman Wolverine role in the blockbuster “X-Men” franchise, he has proven to be a reliably strong actor across a range of genres — and he’s got the paychecks to prove it.

According to data site Statistic Brain, as Jackman’s star rose, so did his salary. When the original “X-Men” came out in 2000, Jackman was reportedly paid a comparatively paltry $500,000. He continued to earn six-figure paychecks until he earned a cool $1 million for “X-Men 2” in 2003. That jumped to $5 million for “X-Men: The Last Stand” in 2006 and then a whopping $20 million for 2009’s “X-Men Origins: Wolverine,” a sum he would command yet again in 2013 for his role in “The Wolverine.” Other big paychecks included $9 million for “Real Steel and” $10 million for “Australia.”

If Hugh Jackman has gotten rich off his films, so have a lot of other people. The Australian movie star has been in a few bombs, including 2012’s “Butter,” which earned just $105,018 at the domestic box office and carries a low 33 percent rating on Rotten Tomatoes. But Hugh Jackman movies can usually be counted on to rake in big bucks. His movies have earned a combined $6.28 billion at the global box office, with 21 of them racking up more than $100 million. Fifteen Hugh Jackman films have earned more than $200 million, a dozen pulled in more than $300 million, seven earned more than $400 million and one each earned greater than $500 million, $600 million and $700 million. The series of Wolverine films is one of the most successful movie spinoffs ever.

Hugh Jackman has more than 50 acting credits dating back to 1994, when he appeared in a TV series called “Law of the Land.” The actor shows no signs of slowing down. For Hugh Jackman, upcoming movies include a couple of biographical roles. He plays disgraced 1988 presidential hopeful Gary Hart in “The Front Runner,” which is currently filming. Scheduled for release in December 2017 is “The Greatest Showman,” in which Jackman plays legendary entertainer P.T. Barnum. In 2018, Jackman is set to play a character called Curly in “Broadway 4D,” which co-stars Christina Aguilera and Carly Jibson.

Hugh Jackman is fabulously wealthy, but he spreads that wealth around — far around. He serves as an ambassador for World Vision, a Christian humanitarian organization dedicated to ending poverty and global injustice. While on a World Vision mission in Ethiopia, Jackman met and befriended an impoverished Ethiopian coffee farmer. The friendship inspired Jackman and led to the creation of Laughing Man Coffee & Tea, a line of fair-trade drinks distributed exclusively through Keurig, which buys coffee through co-ops to benefit and enable impoverished farmers like the one Jackman met in Ethiopia.

Hugh Jackman’s incredible success is evident in his incredible houses. In 2008, he entered the world of elite New York City real estate with the $21 million purchase of a three-level, 11,000-square-foot condo in Manhattan’s West Village. Jackman, however, returned to his Australian roots in 2016 when he and his wife purchased a $5.9 million luxury penthouse in Sydney. Among the many amenities are stunning beach views from a seaside balcony.

From sex appeal and acting chops to singing and dancing prowess, Hugh Jackman has it all — including a huge net worth heading into the last year of his 40s. The actor, however, gives back to the community — the global community, that is — through his foundation and philanthropic work. Those who have the most to thank Jackman for, however, might just be the legions of global fans of the “X-Men” franchise who know him only as Wolverine.

Up Next: Everone Knows Him as Iron Man — See Robert Downey Jr.’s Net Worth 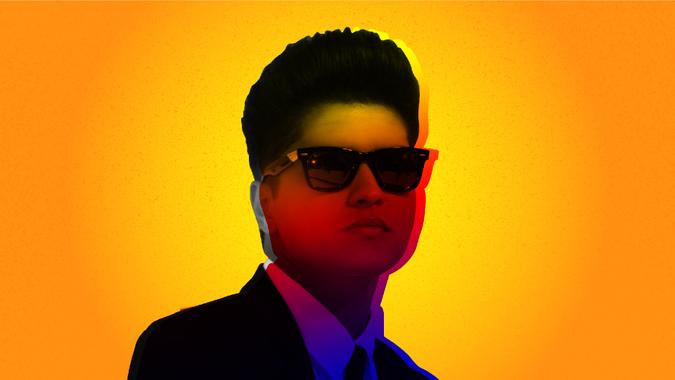 From Rags to Riches: Bruno Mars Net Worth and Rise to Fame

Find out how Bruno Mars went from homeless child to superstar.

> Net Worth > Celebrities > Hugh Jackman Net Worth: How He Clawed His Way to Millionaire Status