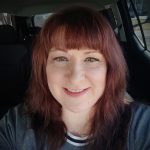 Norm Macdonald has died after a very private, nine-year battle with cancer, according to TMZ. He was 61. His long-time producing partner, Lori Jo Hoekstra, shared why he kept his battle a secret.

“He was most proud of his comedy. He never wanted the diagnosis to affect the way the audience or any of his loved ones saw him.”

Macdonald’s Career Spanned Across Many Mediums

Macdonald was best known for his comedic appearances, be it on stage, television or the silver screen. Even his smallest roles left a lasting impression on fans. The native of Canada first became a household name on “Saturday Night Live” during the show’s 1990s heyday as a series regular and “Weekend Update” host.

Discover: How Rich Is Chris Rock?
Find Out: Jimmy Fallon’s Net Worth As He Turns 47

In films, you could find him alongside Adam Sandler, Eddie Murphy, Rob Scheider, Chris Farley and Chevy Chase in movies that included “Dr. Dolittle,” “Billy Madison,” and even a brief appearance in “Grown-Ups.” As for television, his roles expanded decades and included recurring appearances on “The Middle” and, more recently, Seth MacFarlane’s “The Orville.” He even starred in several series such as the self-titled “Norm,” “A Minute with Stan Hooper” and “Sports Show with Norm Macdonald.”

He performed comedy through 2020, including live stand-up about coronavirus and a YouTube series “Quarantined with Norm MacDonald.”

Norm as a Writer

MacDonald’s first writing job for a major television series was in the sitcom “Roseanne” in the early 1990s right before hitting it big on “SNL.” Since then, he continued to write for series he starred in, as well as the 1998 comedy film “Dirty Work,” which also saw him in the lead role.

One of his more famous brand endorsements was that of Colonel Sanders for Kentucky Fried Chicken. He also lent his famous voice to AT&T commercials and was a spokesperson for Safe Auto Insurance Company.

MacDonald and His Gambling Addiction

At the time of his death, MacDonald was estimated to be worth $2.5 million, according to Celebrity Net Worth. If not for a serious gambling addiction that left him with just $200,000 from the millions he made on “SNL,” he would have been worth more. He once shared he lost all his wealth three separate times gambling, with his largest loss being $400,000.

Related: Ellen DeGeneres’ Net Worth as Her Show Begins Its Final Season

In 2015, it was rumored that MacDonald purchased a house in Playa Vista for $750,000 after selling his Santa Monica condo for $2.2 million.

MacDonald leaves behind his son, Dylan, who he had with ex-wife Connie. The two were married from 1988 to 1999.