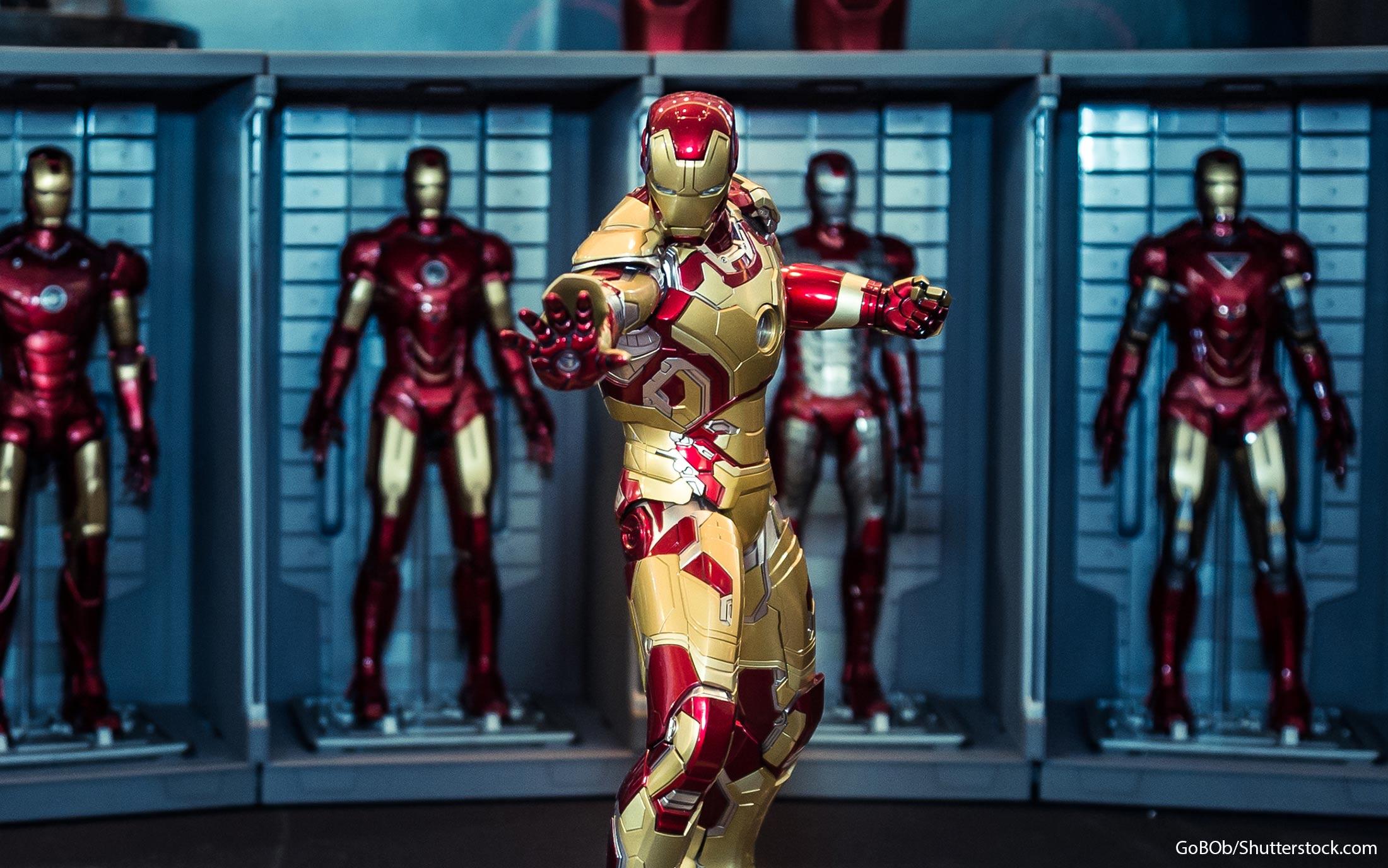 San Diego Comic Con (SDCC) started with a preview night on Wednesday, July 20, and over the next few days, the city saw more than 125,000 fans and followers gather to celebrate everything pop culture. From dressing up as their favorite characters to purchasing themed shirts, toys and figurines, it’s safe to say that Americans are superhero obsessed.

Just as attending Comic Con isn’t cheap — this year’s attendees paid about $50 per day, not including the cost of food, souvenirs, lodging and costumes — being a superhero is anything but inexpensive. Even those with preternatural powers, they need cash on hand to build and buy all those high-tech gadgets, fancy cars and secret lairs.

From Marvel Comics to the world of DC, here are nine of the richest superheroes and supervillains of all time and their estimated net worths. 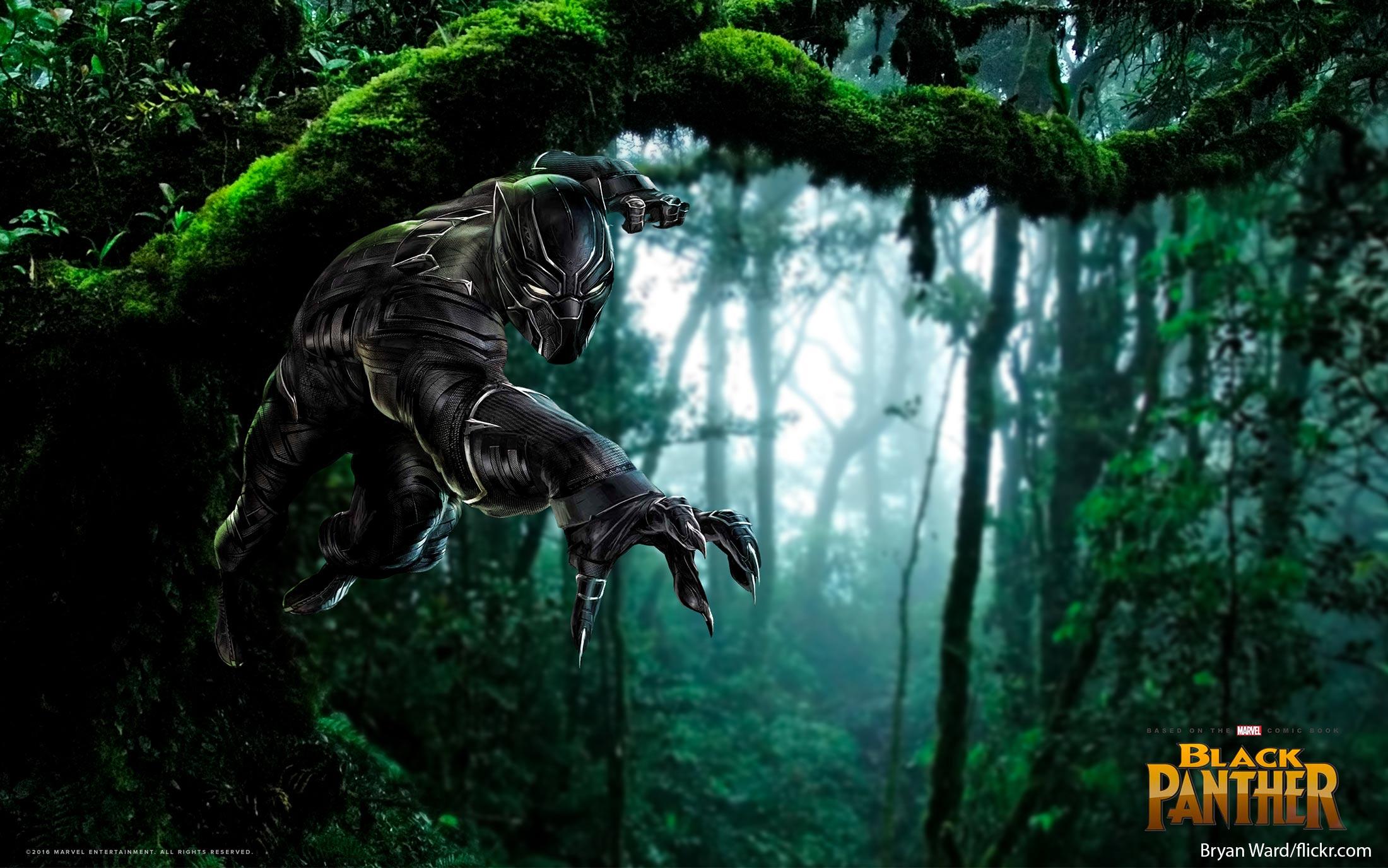 I bet you didn’t expect this dude to be No. 1 on the list of the richest comic book characters. One of the lesser-known figures in the comic world, Black Panther, or T’Challa, is a monarch of the fictional African country known as Wakanda. Along with immense wealth, Black Panther’s family connections afford him access to the latest technologies, including specialized weapons and state-of-the-art vehicles.

Owning a country is surely enough to make you a billionaire. However, Wakanda is also the world’s sole provider of Vibranium. The strongest and most versatile metal on Earth, this super-substance is nearly indestructible. Plus, Vibranium is what Captain America’s shield is made out of — ‘nough said.

Thanks to its rarity, Vibranium costs $10,000 per gram, according to the comics. Since Wakanda is said to have about 10,000 tons of the metal, Black Panther is likely one rich superhero.

Related: 5 Most Popular Comic Book Franchises From The Avengers to Spider-Man 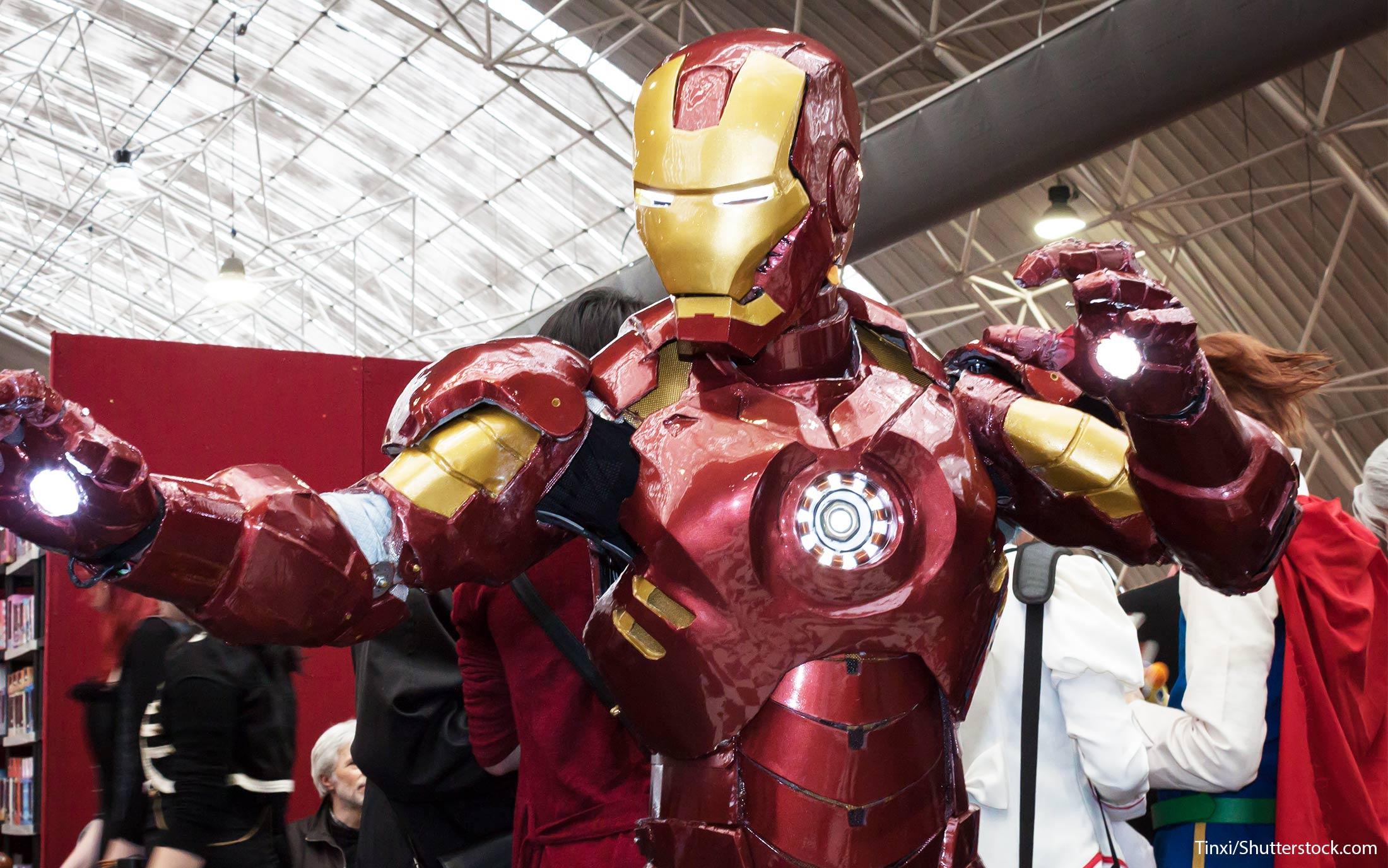 If you’re a fan of the recent rash of Marvel movies, the odds are good that you’re familiar with Iron Man. Tony Stark is a billionaire industrialist who inherited Stark Industries at age 21 after his parents died — which is another thing that makes you a superhero, apparently. Not only does Stark fund and build his own Iron Man suits, but his company manufacturers everything from high-tech armor to weapons.

The CEO of Stark Industries, sometimes called Stark Enterprises, Tony and his toys are likely worth billions. 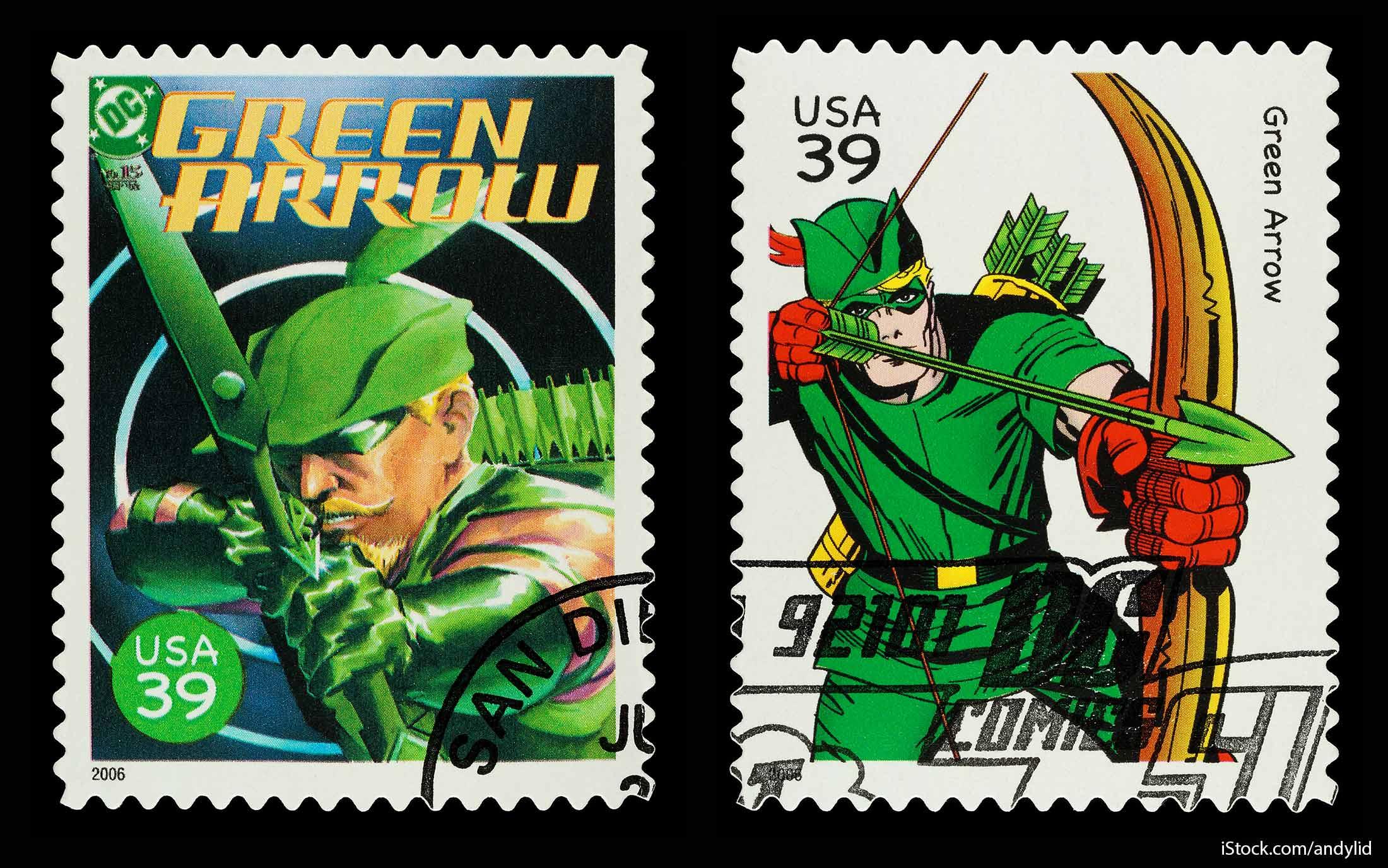 Oliver Queen, also known as Green Arrow, is a billionaire playboy, according to DC Comics. Like many rich superheroes who came before him, Queen inherited his wealth from his parents in the form of a multibillion-dollar company known as Queen Industries.

When he’s not running his company, or levying vigilante justice on the people of Star City, Queen participates in politics. As mayor of Star City, Queen has the chance to leverage his political influence for more power and wealth. He also invests in various businesses to increase his riches. 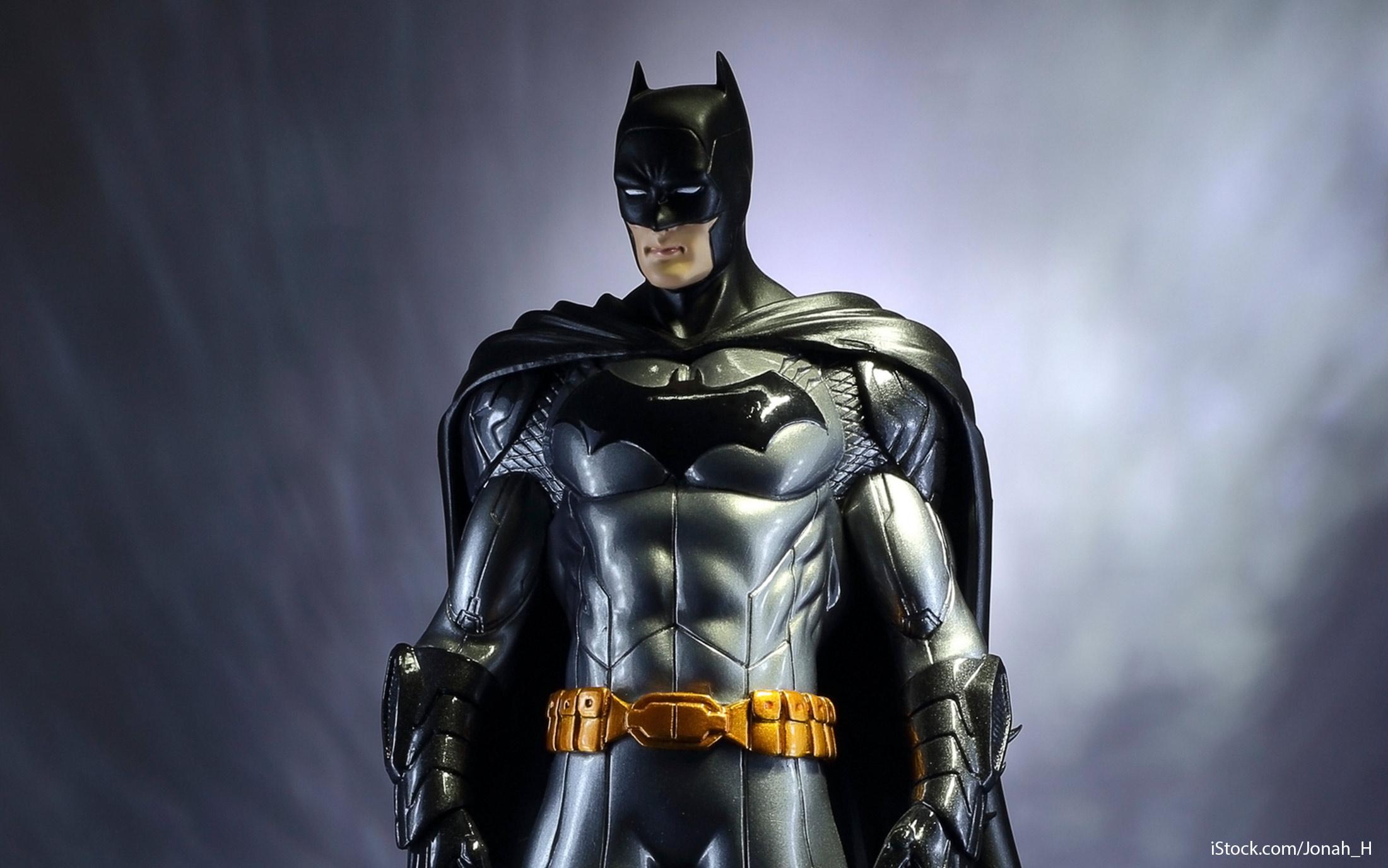 When you think of the wealthiest superheroes, the odds are good that Batman comes to mind. Not only does Bruce Wayne boast multiple real estate holdings — including Wayne Tower, Wayne Manor and an actual Batcave — but he is also owner of The Daily Planet, the newspaper where Clark Kent and Lois Lane work.

Clearly, Bruce Wayne has some money to throw around — have you ever seen him take Selina Kyle out to a restaurant that wasn’t five stars? So, why does Gotham City’s Caped Crusader only rank in at No. 4?

Though he might be the CEO of Wayne Enterprises, a multibillion-dollar company, the Dark Knight is still just a millionaire, according to DC Comics. Maybe Batman — who has been around since 1939 — made some investments that didn’t carry over with inflation. Still, Wayne boasts plenty of money and some nifty gadgets. From Batarangs to the Batmobile, this superhero is likely set for life.

As far as this list is concerned, we must side with DC Comics; after all, the company created Batman. But, in our hearts, Mr. Wayne, you’ll always be a billionaire. 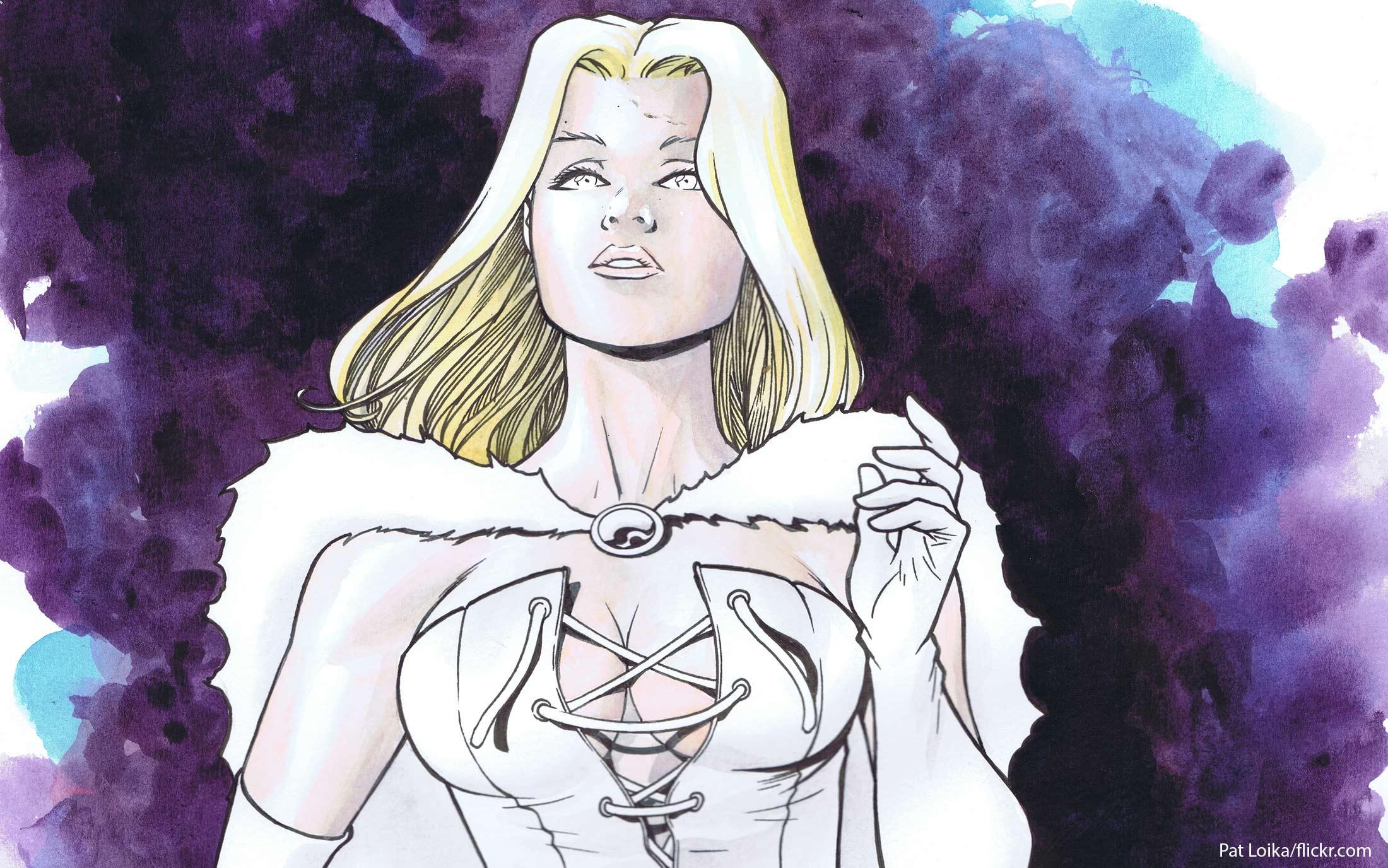 Emma Frost is the CEO of Frost International, a multibillion-dollar company that — you guessed it — she inherited from her wealthy family. However, this powerful woman has increased her fortune through her own business acumen, along with the secret use of her telepathic powers.

Additionally, Frost is a member of the Hellfire Club, an elite social organization that consists of the world’s richest and most powerful people. The group doesn’t let just anyone in, but multimillionaire Emma Frost definitely makes the cut. 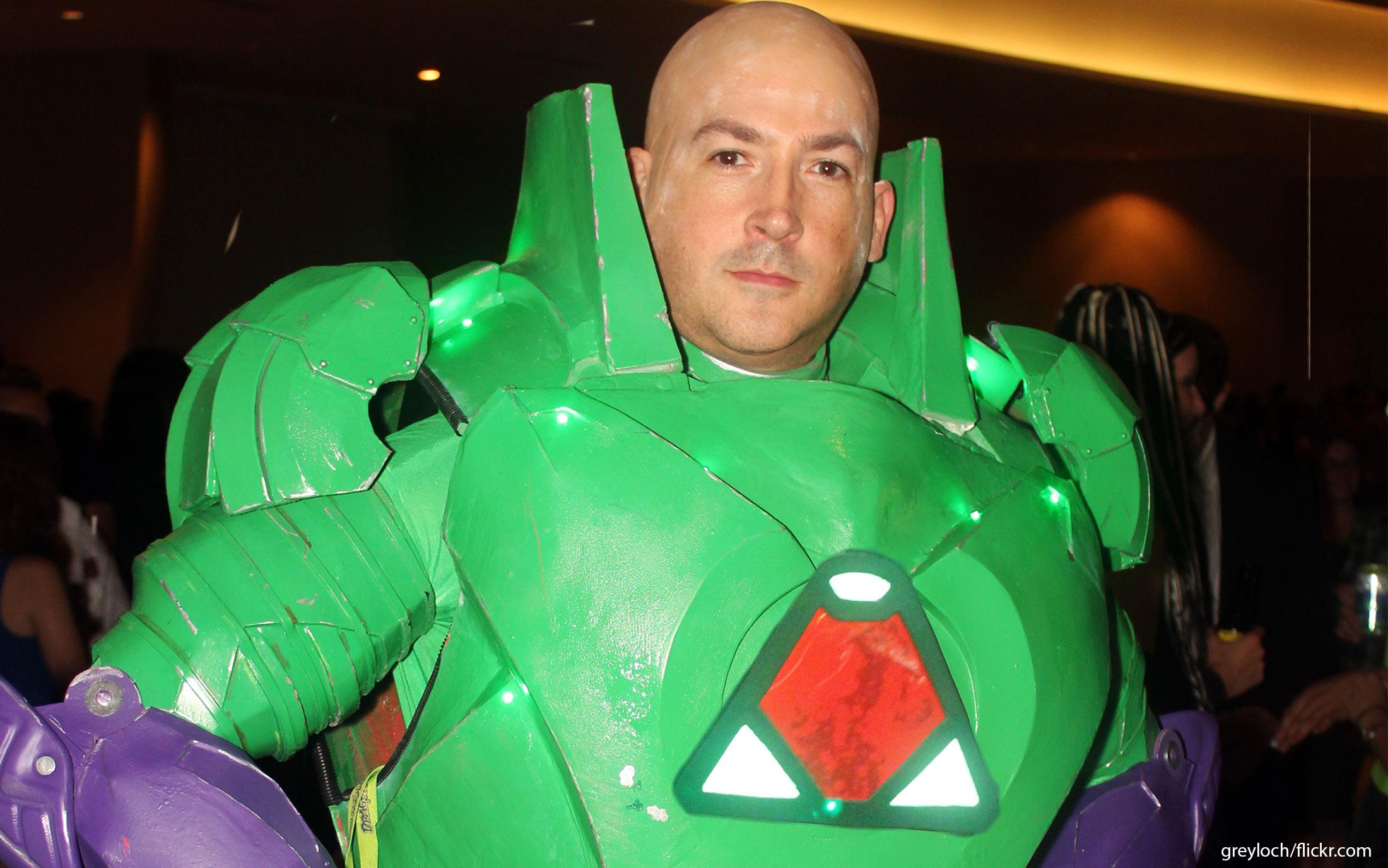 In addition to being Superman’s No. 1 enemy, Lex Luthor is a self-made man and the founder of LexCorp. Along with performing state-of-the-art research in the field of robotics, LexCorp had the cash on hand to fund Luthor’s presidential bid.

Luther’s money and power have enabled him to control the news cycle to some degree. In fact, Luther owned The Daily Planet before Bruce Wayne. Although his goal was to stop Lois Lane from publishing malicious stories about him, the paper likely brought in a pretty penny for the supervillain.

Being a genius with inexhaustible wealth, and great political influence, does tend to make you more powerful. That’s why Lex Luthor is one of the greatest villains of all time — and one of the richest. 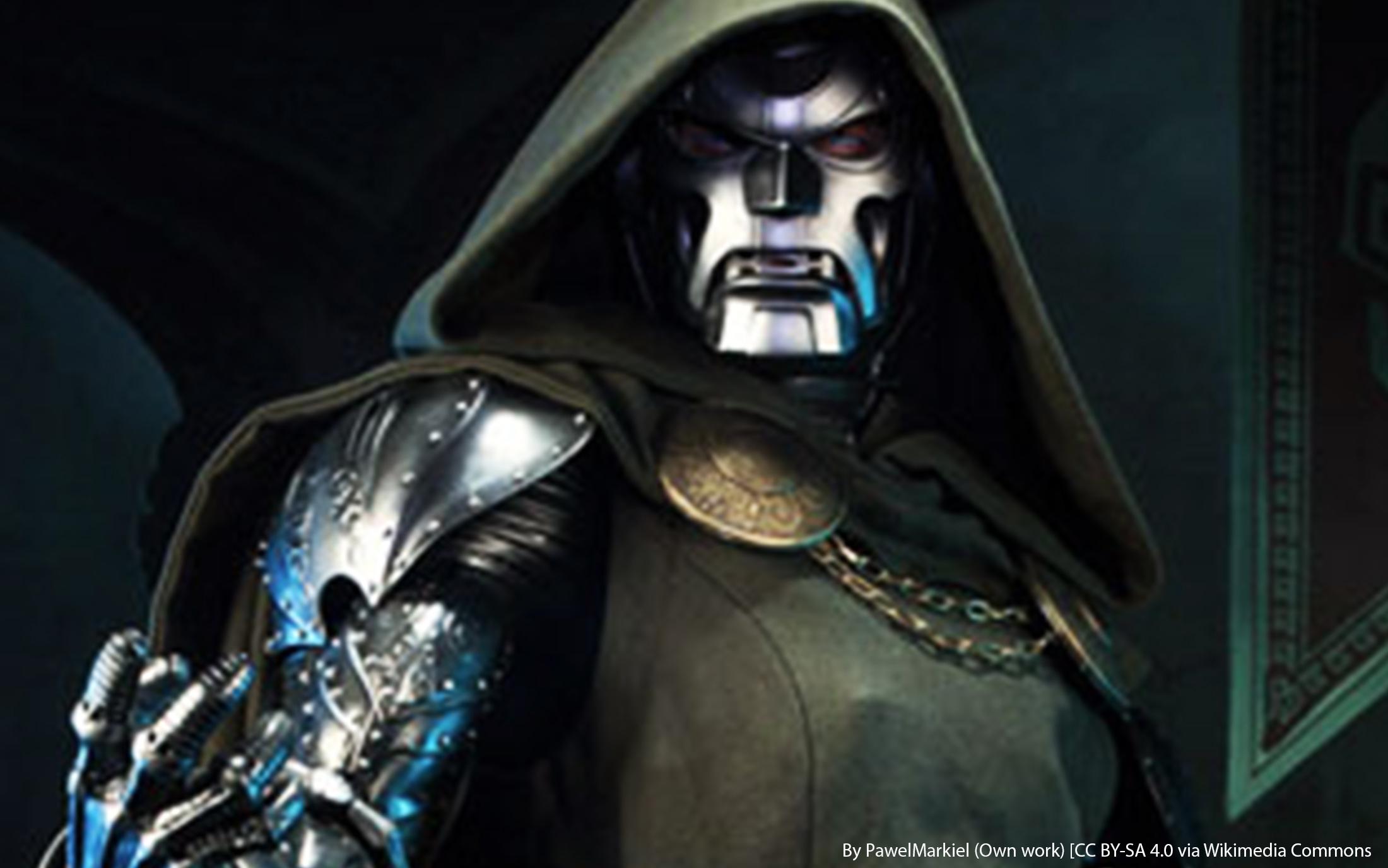 Like Black Panther, Victor von Doom is lucky enough to rule his own country, Latveria, which he conquered by slaying King Vladimir, locking up his son Rudolfo and arranging for Rudolfo’s robotic double to hand over the Latverian crown.

Yeah, this guy is pretty powerful.

A genius in his own right, Doom excels in multiple areas, including robotics, cybernetics, genetics and weapons technology. His many inventions include Doombots, robotic police, a time machine and even a shrink ray — and this guy’s still got money to burn. 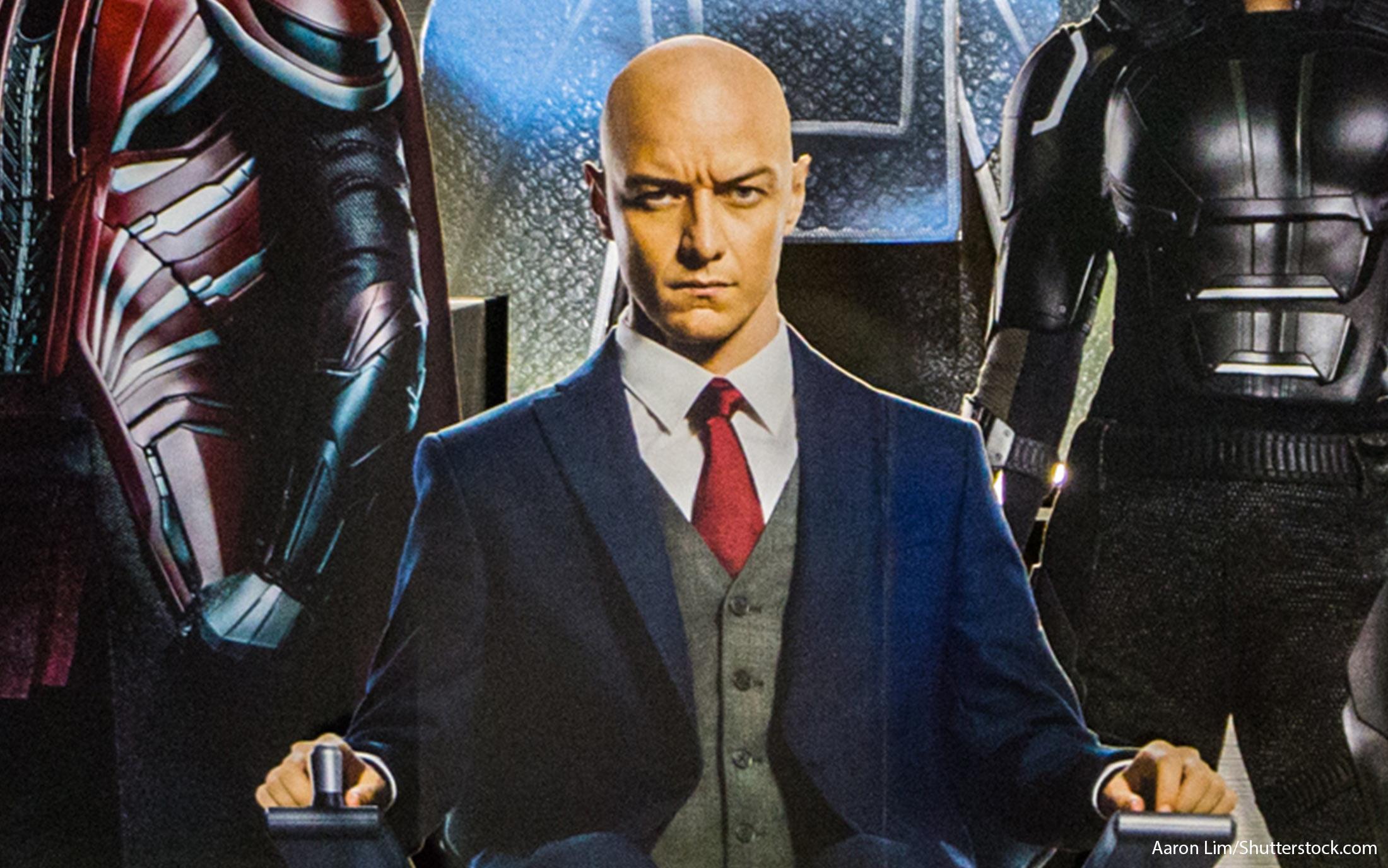 Charles Francis Xavier isn’t just a wheelchair-bound telepath who takes in stray mutants. Professor X also runs Xavier’s School for Gifted Youngsters and boasts PhDs in genetics, biophysics, psychology and anthropology. His robust education helped him create a psychic machine known as Cerebro, which has the capacity to detect other mutants. The only machine of its kind in existence, Cerebro is surely worth a bundle.

Not only does the professor own the school and surrounding property, but he also has his own mansion. Plus, Professor X possesses psionic powers. And, as we all know, with great power, comes great responsibility — and even greater wealth. 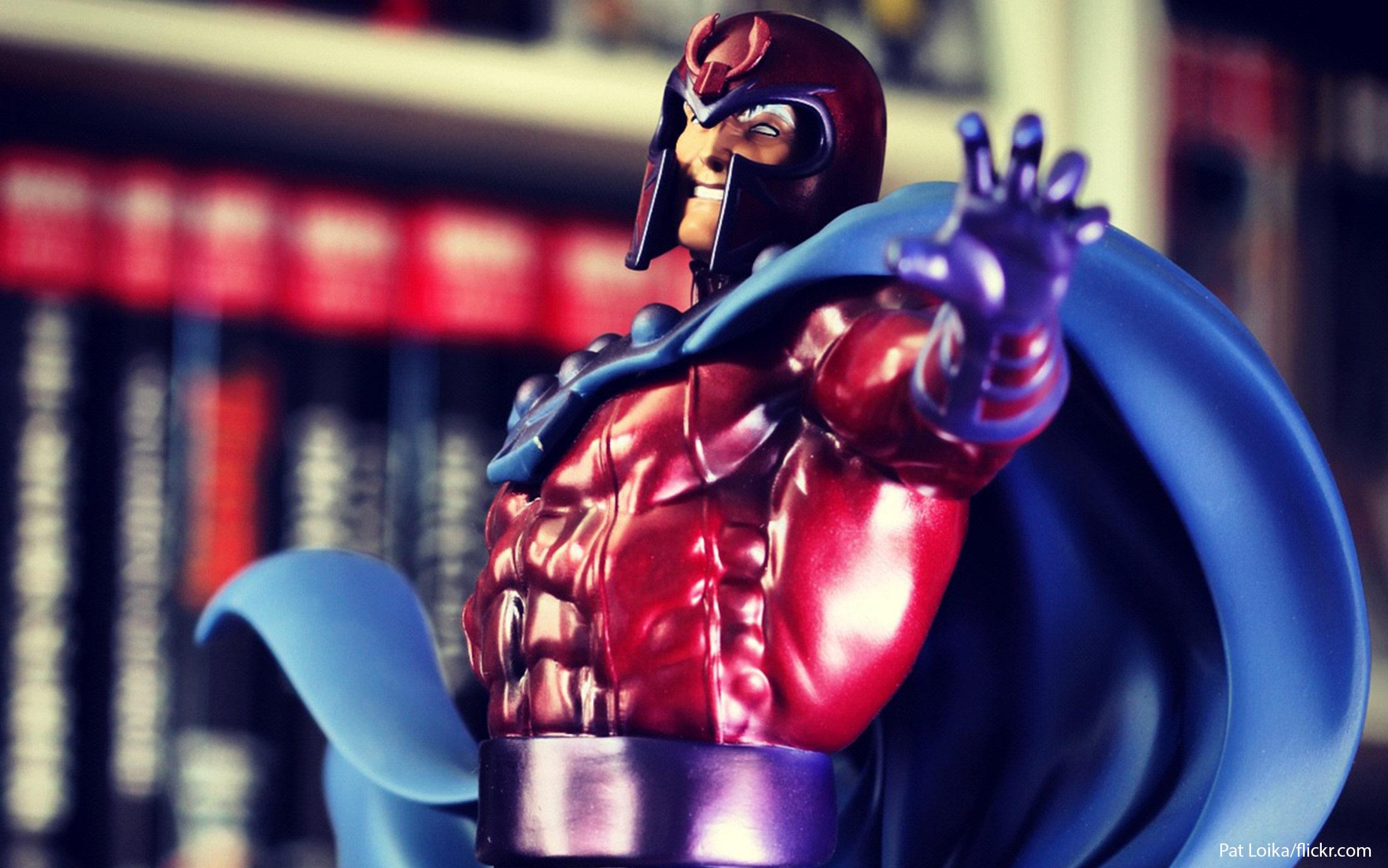 A scientific genius who watched his family die in the Holocaust, Magneto, or Max Eisenhardt, can alter and manipulate magnetic fields. He also has an army of mutants at his disposal, a fact that increases his power and reach.

Magneto excels in many technological fields, including genetic engineering and manipulation. He can also create mutants with superpowers, clone humans and even give life to artificial beings. His discoveries in particle physics would likely revolutionize the field and place him among the giants of scientific history.

Magneto can control any metal and has even stolen Nazi gold to finance his ambitions. But can the supervillain control Vibranium, the substance from which Captain America’s shield was fashioned?

Although Magneto has never controlled or attempted to control Vibranium, if he did, he’d likely be worth a lot more. Maybe, in the future, Magneto will attempt to steal Black Panther’s Vibranium supply, sell it for trillions and retire to Genosha, his own private island.

Until then, this X-Man remains a mere millionaire.

Related: How Much Is Stan Lee Worth as Marvel’s ‘Ant-Man’ Movie Comes Out?

Jamie Young is an editor and writer at GOBankingRates. Previously she was Editor in Chief of AppAdvice.com and a technology writer. Her work has appeared on Huffington Post, MSN, CBS News and more. She has also hosted and co-hosted multiple podcasts. 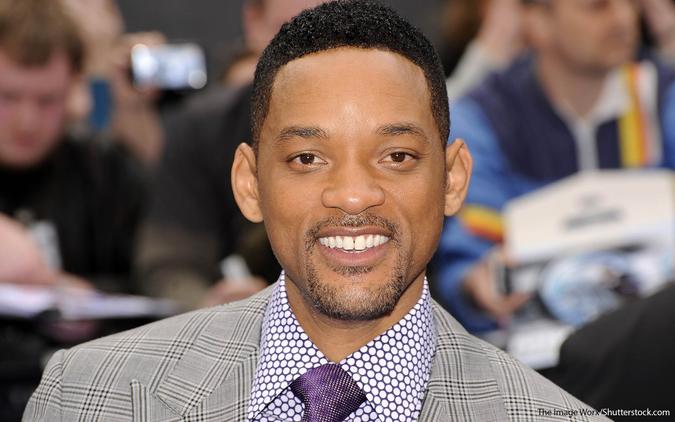 Will ‘Suicide Squad’ Add to Will Smith’s Net Worth?

Learn about the 'Suicide Squad' cast and the film's projected earnings.