Advertiser Disclosure
On Feb. 12, Ben Stiller and Owen Wilson return as Derek and Hansel in “Zoolander 2.” In the film, the duo’s modeling careers are threatened when a business tries to boot them out of the fashion industry. The original “Zoolander,” which was released in 2001, earned $60.78 million worldwide on a production budget of $28 million.

Related: How Ben Stiller, Uma Thurman and Other A-Listers Got Scammed Out of Their Money

Ben Stiller has a net worth of $150 million. The son of show business veterans, Stiller had a successful early career as a writer and actor for projects that included “Saturday Night Live” and “The Ben Stiller Show.” In 1998, he was catapulted to global stardom with a starring role in “Something About Mary,” which earned him $3 million.

To promote “Zoolander 2,” Ben Stiller is channeling supermodel Derek on Instagram, posting photos from visits to Australia to a sneak peek at a forthcoming Vogue issue.

My @voguemagazine is out today

Wilson has teamed up with Stiller on many projects, including “Little Fockers,” a role that earned Wilson $15 million. Adjusted for inflation, his movies have taken in $3.3 billion at the global box office, with each film averaging $86.7 million.

Kristen Wiig has a net worth of $16 million. Although she is best known for her work on “Saturday Night Live,” it was the movie “Bridesmaids” that proved the actress’ marketability. The smash hit pulled in $288 million on a $32 million budget.

Wiig has been in more than two dozen movies, which have earned more than $1.8 billion at the global box office when adjusted for inflation. Her average film takes in nearly $70 million worldwide. To help promote “Zoolander 2,” Kristen Wiig was featured in a viral video as Alexanya Atoz promoting her new product “Youth Milk.”

Will Ferrell Net Worth: $100 Million

Will Ferrell has a net worth of $100 million, most of which can be attributed to his incredible success on the big screen. The SNL alum has 95 credits as an actor. Adjusted for inflation, his movies have earned more than $2.6 billion at the global box office, more than $87 million each on average.

See: Will Ferrell and the 10 Highest-Grossing Holiday Movies of All Time

Spanish-born Penelope Cruz’s $55 million net worth is due not only to her career as a movie star but also to the $2 million she earned from a L’Oreal cosmetics endorsement in 2006. When adjusted for inflation, her movies have earned just shy of $1 billion at the global box office.

Like the original “Zoolander,” “Zoolander 2” is packed with celebrity cameos, including the likes of Justin Bieber, Kim Kardashian and Ariana Grande.

Canadian pop superstar Justin Bieber’s net worth is estimated to be $200 million. Although the global phenomenon’s net worth was just $500,000 in 2010, he now earns between $60 million and $80 million a year.

Model, reality TV actress and media superstar Kim Kardashian’s net worth is roughly $85 million. She earns between $25 million and $30 million a year through her many income streams, including modeling, acting, clothing and fragrance lines, and personal appearances. She will be appearing in the film alongside Kanye West.

Ariana Grande’s net worth is believed to be roughly $25 million. Although she has acted in theater productions and on television since childhood, most of her fortune is from her music career, which started when her 2013 debut album “Yours Truly” sold between 100,000 and 200,000 copies in its first week, making her an overnight sensation.

Fans have waited 15 years for a sequel to “Zoolander 2” — and on Feb. 12, they’ll have their chance to see it. While the original film was not a blockbuster, it gained a massive cult following, and there is already buzz the sequel could rival the success of the original. 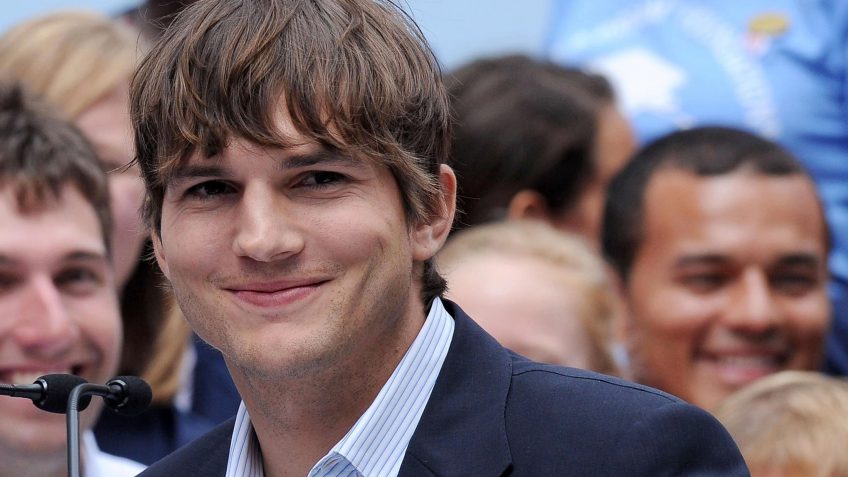 Here’s Ashton Kutcher’s Net Worth and Rise to

From "That '70s Show" to "The Butterfly Effect," Ashton Kutcher has made millions.