U.S. consumers continue to reduce their debt, for the nine straight month, and credit balances have fallen. According to an announcement Monday from the Federal Reserve, the U.S. consumer credit balance fell by $3.51 billion (1.7 percent annual rate) in October to $2.482 trillion.

While the decrease in debt is impressive, it is not what economists expected for October. Those surveyed by Bloomberg News expected consumer credit to decrease by $8.80 billion.

Some other numbers from the Federal Reserve include the following:

While we see the increase in auto and personal loans (which are actually seen as good debt on the credit report if properly managed), overall consumer credit balances have been steadily declining since the recession. A few reasons for this change include:

While maintaining credit is vital to a good credit score, many economists still view declining balances as a positive, long-term development. Since they believe that many Americans over-consumed due to out-of-control extensions of credit, it will be refreshing to simply use what we already have to buy the things we want.

Credit card debt can affect every aspect of your life, have you made attempts to lower your credit debt? 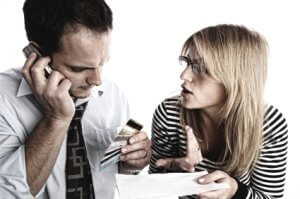