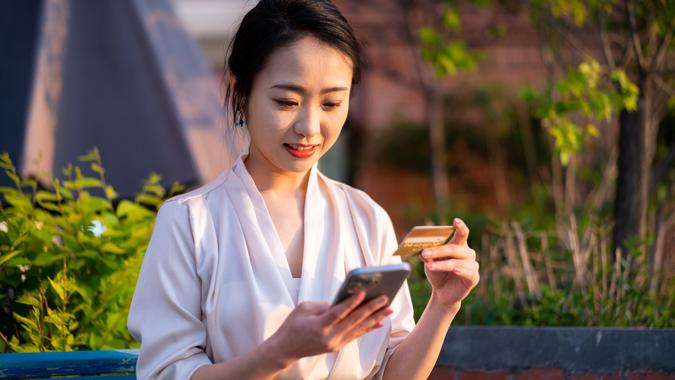 Non-revolving credit, including car and school loans, also rose. In all, borrowing climbed 10.1% in April on an annualized basis. Total credit rose $38.1 billion from March, according to the Fed’s figures.

In spite of inflation, consumers continue buying. And, as the report indicated, they are buying on credit. Some of the credit card use is an indication of the growth of digital payment options and online shopping. The report doesn’t show whether debt is being paid off at the end of the month, or not.

However, according to Bloomberg, savings rates have dropped to their lowest levels since 2008, which could indicate Americans are using their credit cards to get by and purchasing essentials in the face of inflation. The New York Fed reported that 537 million new credit card accounts were opened in the first quarter of 2022.

See: How To Splurge (Smartly) Without Racking Up Credit Card Debt
Find: The Top Purchases You Should Always Make With a Credit Card

Increases in minimum wage and rising employee salaries, coupled with FOMO (fear of missing out) on life experiences and travel, along with post-pandemic “revenge spending” have also likely contributed to increased credit card spending in 2022. Personal outlays rose 0.9% between March and April. Even when adjusted for inflation, spending increased, according to Bloomberg.