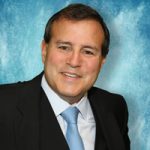 This is what I’ve learned in three decades as a CPA, author and financial counselor: The richest and poorest Americans have the most debt. The rich can stay rich that way, but the poor can never become rich that way.

See: 22 Side Gigs That Can Make You Richer Than a Full-Time Job
Explore: Elon Musk, Jeff Bezos and the 23 Other Richest People in the US

The reason for this is simple: The smartest rich people have “good” debt, while most Americans are saddled with “bad” debt.

You might have heard those terms before. You might even know that a mortgage is often considered a “good debt” while credit card balances are considered “bad debt.” Of course, like everything else in life, it’s slightly more complicated than that.

When Good Debt Can Be Bad

Ask anyone who’s struggling to pay their mortgage if they consider that a “good debt.” It’s not good if you miss payments, get assessed late fees or even face foreclosure. For the wealthy, multiple mortgages on multiple properties can make them money because they have enough cash to shuffle between payments and investments.

I’ve counseled too many people who bought more house than they could afford because they justified it as an “investment in our future.” Yet, they won’t have much of a financial future if they fall behind on their mortgage, their credit score tanks and they’re fiscally paralyzed because every dollar is going toward this “good debt.”

Student loans are often touted as another form of good debt, because you’re borrowing money now to increase your earning power later. Sadly, student loans are a $1.5 trillion nationwide problem because graduates didn’t do the math to figure out if they could indeed earn back what they borrowed.

Lesson: Wealthy people always ask, “Will this debt today earn me more tomorrow?” If the answer is no, they pass. There is no “good debt” that leads to more debt.

I’ve counseled my share of professional athletes who signed multi-million-dollar contracts — and then spent multiple millions on homes, cars and vanity startups (think restaurants with their names on them).

Experts like me advised them against these purchases, but the athletes usually countered with this logic: “You need to fake it till you make it.” In other words, you need to look rich if you want other people to invest in you.

That’s partly true, of course. Who trusts a doctor whose office has broken windows and a leaky roof? Who wants to hire a lawyer if they drive a rusty 1977 Ford Pinto?

That’s a far cry from spending everything with the hope of making it all back and more. That’s not investing, it’s gambling.

To become wealthy, you can’t skip the steps through financially secure, financially successful and then wealthy. Ask most self-made multimillionaires how long it took them to earn their first million, and the answer will be measured in years, not months.

Lesson: If you’re overspending with the excuse that you need to look successful, trust me: You probably won’t be. You’ll be stressed out by the debts and distracted by juggling the payments — which means you won’t be focusing on becoming the success you strive to be.

How To Use Debt the Right Way

Besides borrowing money from the mafia or a loan shark, credit cards are often the worst kind of debt. Interest charges can top 20%, which means you’re paying $1 in interest for every $5 you charge. Yet even here, you can profit from using credit cards — if you’re disciplined about it.

It’s quite simple, actually: Get a rewards card that pays out the most points, even if that means a high interest rate. Then, pay off the balance each month. Of course, many people carry balances because they can’t pay off those balances each month. However, when I dive into their finances, I find a lot of spending that accomplishes nothing. I’m talking about “shopping therapy” that didn’t prove therapeutic, streaming services and gym memberships they seldom (or never) use, and the aforementioned “fake it to you make it” luxury items.

Even worse, many of them don’t even keep a monthly budget. While surveys show more Americans are budgeting than ever before, one in five still aren’t. Trust me, successful wealthy people know how much they’re spending each month (and you should, too).

Finally, wealthy people hire professionals to manage their money. They might have several CPAs just to ensure they have a range of expert opinions. If you’re struggling with debt — “good” or “bad” — you also need to consult professionals.

Final lesson: If you want to be wealthy, you need to spend some time thinking about money instead of spending money.

Howard Dvorkin, CPA, is chairman of Debt.com, the nation’s largest one-stop shop for getting out of debt. Dvorkin has written two books on personal finance and founded Consolidated Credit, one of the nation’s largest nonprofit credit counseling agencies. His focus is helping people out of debt and getting them on the road to financial stability, but he is also dedicated to giving back in other ways, too. Within three days of the 2018 school shooting in Parkland, FL — a mile from his home — Dvorkin launched Parkland Cares, which has raised more than $1 million for traumatic mental health counseling.

Howard Dvorkin, CPA, is chairman of Debt.com, the nation’s largest one-stop shop for getting out of debt. Dvorkin has written two books on personal finance and founded Consolidated Credit, one of the nation’s largest nonprofit credit counseling agencies. His focus is helping people out of debt and getting them on the road to financial stability, but he is also dedicated to giving back in other ways, too. Within three days of the 2018 school shooting in Parkland, FL — a mile from his home — Dvorkin launched Parkland Cares, which has raised more than $1 million for traumatic mental health counseling.
Learn More