10 Simple Habits That Will Help You Pay Down Debt 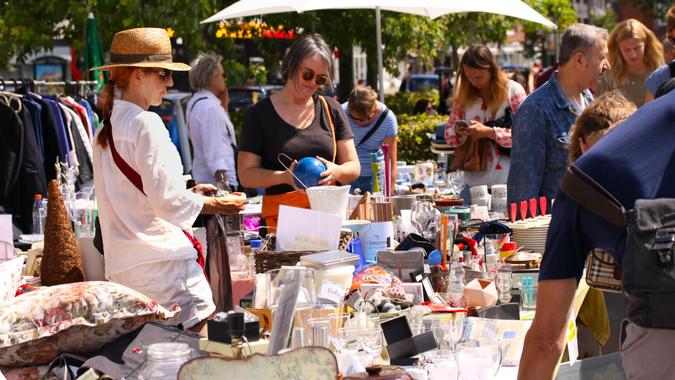 With each passing month, inflation just keeps rising — and so does personal debt. In 2021, household debt in the U.S. grew by $1 trillion. Is becoming debt-free even possible in this economy? Financial experts say yes. Here are 10 easy yet effective habits they recommend.

More Ideas: 9 Fastest Ways To Pay Down Debt, According To Experts
How To Get Out of Debt: A Step-by-Step Guide

Use the Avalanche or Snowball Method

Joe Buhrmann, a senior financial planning consultant at Fidelity’s eMoney Advisor, recommends choosing the debt payment method that motivates you the most.

“The avalanche method targets the debt with the highest interest rate first and makes minimum payments on the rest,” he says. “Once that account is paid off, move on to the next highest interest rate. Financially speaking, this method will ensure you pay the least amount of interest.”

The snowball method, on the other hand, pays off the smallest balance first and makes minimum payments on the other debts. As you work your way up to the bigger balances, you feel more accomplished, says Buhrmann.

You can pay off debts faster by earning extra money on the side, and it doesn’t have to take a ton of time.

“Start by clearing out the clutter and rehoming some of your stuff through a garage sale or Facebook marketplace,” Buhrmann says. “Use the funds to directly attack and pay down some of your outstanding debt.”

Start a Side Hustle for Extra Income

In today’s gig economy, it’s easier than ever to start a side hustle, says Andrew Lokenauth, founder of Fluent in Finance.

“Many apps and websites allow you to work on your time and on your schedule,” he says. “There are many options like dog walking, cleaning, tutoring, being a driver, simple home repairs and handyman work, delivering food, picking up groceries and helping others move.”

Warning: 16 Key Signs That You Will Always Be in Debt

Find Ways to Motivate and Reward Yourself

Don’t forget to remind yourself regularly why you’re working hard to pay off debt, Buhrmann says.

“Consider taping a picture of a tangible reward to your credit card,” he says. “For example, if you’d like to travel once your debt is paid off, tape a travel picture to your card. It may help you think twice before adding to your debt.”

Join a Savings Challenge With Friends

Steffa Mantilla, a certified financial education instructor and founder of Money Tamer, says paying off debt is like getting fit — you’re more motivated when you do it with friends. That’s why she recommends joining a savings challenge with your friends.

“Your friend group challenge could be that everyone pays off $5,000 worth of debt over the year,” she says. “Even if you don’t reach the end goal, your habits will have changed, including within your friend group.”

Do you really need Netflix, Hulu, Disney+ and Peacock? Those subscriptions add up, so consider sticking with just one or two.

“If you only watch one show from a streaming service, see which of your friends also watch that show,” Mantilla says. “Ask if they’d like to set up a weekly or monthly viewing rotation where you go to their house to watch that show together and they come to your house a different day. The money that you’re saving can go directly towards paying off debt.”

Make Your Daily Coffee or Tea at Home

Ash and Priya Gupta, founders of AshandPri.com, have paid off $300,000 in debt. Priya recommends cutting back on your discretionary spending by 20% and putting the excess toward debt payments.

“Start by making your daily coffee or tea at home,” she says. “Saving $4 to $5 per day per person can add up very quickly.”

Eat Out Only Once per Week

While working 12-hour days, Priya and Ash found themselves purchasing meals outside — sometimes twice a day. They saved a significant amount of money by eating out only once per week.

“Now, we host more home parties and encourage our friends to do the same,” Priya says. “Also, Sundays and Wednesdays are date nights. In addition to cooking dinner for that evening, we put on some music and complete meal prep for the next three days.”

More Advice: How To Pay Off Your Debt in a Manageable Way

Take a Hard Look at Your Premium Memberships

Every month, analyze your monthly memberships to see whether you could get by on the free version instead.

“For example, we don’t mind the advertisements on Spotify and believe that the monthly membership fee doesn’t justify the value for us,” Priya says.

Work Out at Home

Many gyms charge around $50 or more a month. What if you put that cash toward paying off your debt instead?

“This was another discretionary expense we cut out at the start of the pandemic,” says Priya. “We have since invested in some basic equipment that allows us to get the same workouts for free at home.”

Jenny Rose Spaudo is content strategist and copywriter specializing in personal and business finance, investing, real estate, and PropTech. Her clients include Edward Jones, Flyhomes, PropStream, and Real Estate Accounting Co. As a journalist, her work has appeared in Business Insider, GOBankingRates, Movieguide®, and various smaller publications. She’s also ghostwritten a book and hundreds of articles for CEOs and thought leaders. Before going freelance, Jenny Rose was the online news director for Charisma Media, where she oversaw three online magazines, hosted a daily news podcast, and managed the editorial content for the company’s robust podcast network. In 2014, she graduated summa cum laude from Stetson University with bachelor’s degrees in Communication & Media Studies and Spanish. During her college career, she won two awards for her research and was named “Top Senior” in both her majors. Find her at jennyrosespaudo.com and connect with her on LinkedIn.