40% of Americans Fear Retirement More Than Death — Here’s Why 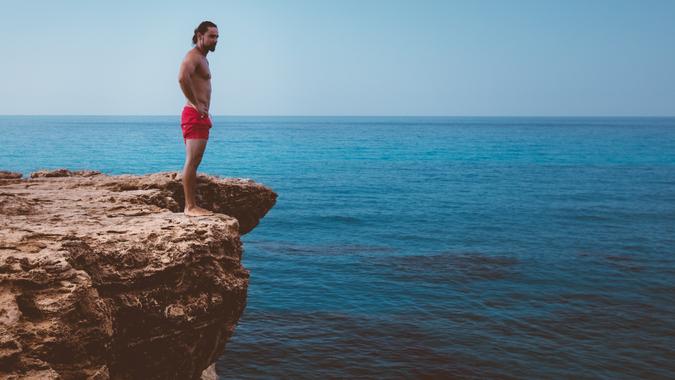 Although (almost) no one wants to work forever, not everyone looks forward to retirement — in fact, some people dread it. A recent survey conducted by Zety found that 40% of Americans actually fear retirement more than death. But why are so many people afraid of retirement? And are these fears warranted?

See: Money Milestones Everyone Should Hit by Age 40
Be Prepared: How Much You Should Have in Your Retirement Fund at Ages 30, 40, 50 and 60

Retirement Is a Scary Prospect for Many Americans

Men and women both have some apprehensions about heading into retirement, the survey found — 44% of men and 36% of women fear retirement more than death.

While that’s a fairly even gender split, there’s more of a gap when comparing age groups. It turns out that younger people fear retirement more than those who are closer to their retirement years — only 33% of respondents age 39 and older feared retirement more than death, but 52% of those younger than 39 did. This could be because younger Americans have less confidence that they’ll ever be able to retire — less than half of those who are younger than 39 (46%) said they were confident they’d be able to retire. Meanwhile, 62% of those ages 55 and older were confident that they’d make it to that milestone.

Read More: Jaw-Dropping Stats About the State of Retirement in America
Good To Know: 14 Key Signs You Will Run Out of Money in Retirement

According to the survey, the No. 1 fear Americans have about retirement is having a lack of income, with 87% saying that this scares them. Other fears include losing employment-based healthcare benefits and medical insurance (77%), not keeping mentally active (71%), not keeping physically active (64%) and not having social and friendship networks associated with work (50%).

Find Out: Here’s Exactly How Much Savings You Need To Retire In Your State

Another cause of this fear is that many Americans are truly not financially prepared for retirement — 20% of respondents said they have nothing at all saved for retirement. In addition, less than half (47%) have access to a pension plan that could help supplement Social Security income in retirement.

Warning: 30 Greatest Threats to Your Retirement

For Many, Retirement Fears Are Warranted

Jacques Buffett, a career advice expert at Zety, said that after looking at the data, it’s clear that many Americans do have a reason to fear retirement.

“In terms of income, our survey (and others) show that many Americans are woefully unprepared for retirement,” he said. “They haven’t planned for a sufficient income, either through Social Security, other pensions or other investments. Using the ‘80% rule,’ we calculated that the average earner retiring today needs a retirement income of $3,400 per month. But we discovered that many people won’t be able to reach that figure based on their current plans. Even worse, 20% of our respondents said they have nothing in place for their retirement — no Social Security, no savings, nothing. So yes, losing income is a genuinely warranted fear.”

Keep Reading: A Troubling Look at the State of Retirement in 2021

Losing access to health insurance is another fear that is warranted, Buffett said.

“Health tends to worsen with age, meaning more medical treatment is required,” he said. “In the past, more people had access to employer or union-sponsored retiree health benefits. But that’s rarely the case now. Many people assume that Medicare will cover all their health costs, but it won’t. Many people don’t know their options and will only choose the lowest level of insurance, which can create significant out-of-pocket costs for treatment. One estimate puts the cost of healthcare for a 65-year-old retiring in 2021 at $300,000. It’s big bucks, so it’s definitely a serious concern.”

And leaving the workplace can come with downsides that go beyond the financial.

“As for the other benefits that come with work, whether physical, mental or social, losing those is a genuine concern too,” Buffett said. “There’s potentially a lot to lose from retirement.”

How To Ease Your Retirement Anxiety

If you personally fear retirement more than death, start taking steps to ease that anxiety.

“It’s surprisingly simple. We’d suggest taking three steps to mitigate some of the most common fears about retirement: plan, prepare and seek knowledge,” Buffett said. “Find out what you’re expected to get from Social Security and from other sources. Arm yourself with knowledge about how these systems work and about how much you’ll need to maintain your lifestyle. Also, arm yourself with knowledge about healthcare in retirement, and try to live a healthy lifestyle to help mitigate against the costs of preventable illness.”

Check Out: Most Tax-Friendly States To Retire

A lack of knowledge may be at the root of many of your fears — as the survey found, 40% of people had no idea how much they’d receive from Social Security. And there may be other gaps in your knowledge as well that are causing you to feel apprehensive about the retirement phase of your life.

“There’s a wealth of free information available online, but also ask your employer for information about any provision for retirement that they offer,” Buffett said. “You can even get advice from a reputable financial advisor to help get you a better understanding and plan more effectively.”

“In brief, knowledge and preparation are the weapons that will help to slay your fears of retirement,” he continued. “It’s never too late or too early to start making better preparations.”