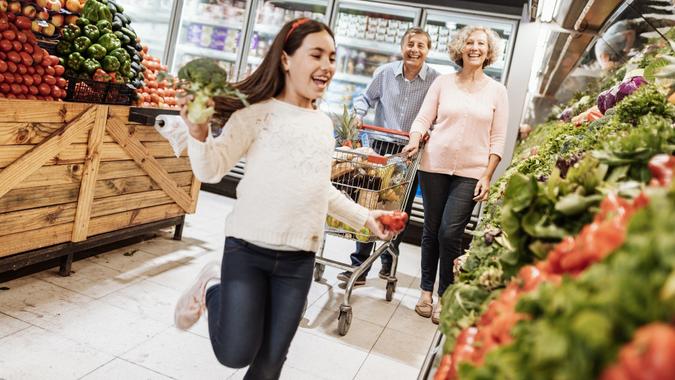 A recent Forbes article by Andrew Biggs took the editors of Bloomberg to task for claiming that the U.S. is facing a pending and dire “retirement crisis,” which could “under reasonable assumptions” overwhelm state budgets.

Discover: Best Cities To Retire on a Budget of $1,500 a Month
More: 8 Best Food Products To Buy at Costco

Biggs, however — an expert on retirement policy and public sector pay — calls the assumptions “anything but reasonable.”

Many studies, including the most recent Federal Reserve Survey of Consumer Finances, find that most Americans aren’t saving enough for retirement, GOBankingRates reported recently. The Federal Reserve Survey of Consumer Finances from 2019, the most recent data available from the Fed, found that Americans age 55 to 64 have just $134,000 in their retirement accounts.

However, Biggs said that some projections from government agencies show that “poverty in old age is falling.”

Bloomberg cited another survey, from AARP, which showed that welfare benefits for New Jersey seniors could rise to as much as $10.5 billion by 2030. The study, however, started with evaluating New Jersey residents’ income and assets from 2008, Biggs wrote.

Biggs said that the study doesn’t take into account rising salaries, which would be reasonably expected as people get older and advance in their career. The study also evaluated income that would be expected to be drawn from traditional pensions — not other investments. The study also didn’t factor in additional investments made after 2008.

For instance, the Fed study showed that people under the age of 35 have just $13,000 in savings, but that number rises as they age, advance in their careers, continue saving, and see their investments compounded for growth.

That’s not to say you should take retirement savings lightly. On average, most Americans will need roughly $1.1 million to retire, TheStreet recently reported (based on a survey from U.K.-based investment firm Schroders).

In the study, 3% of retirees said they are “living the dream.” The remaining retirees polled either said they were “comfortable” or “not great, not bad,” with a 50/50 split between the two sentiments.

Of course, there’s a big gap between doing “not bad” and living in poverty. Certainly, Americans need to be focused on saving more rather than counting on government funds to sustain them in their later years.

A 2021 annual report from the Social Security board of trustees found that the department’s cash reserves could be fully depleted by 2034 unless steps are taken to increase revenue or cut costs. Cost-cutting measures could, in a worst-case scenario, involve cutting benefits. Experts expect Congress will step in — as it has in the past — to find a solution, GOBankingRates reported.

See: POLL: Have You Skipped Any of These Essential Expenses Due to Rising Prices?
Find: The Downsides of Retirement That Nobody Talks About

If you’re concerned about retirement at any age, it’s a good idea to speak with a financial advisor to discuss your best options in terms of increasing your savings.