The first debate between Democratic presidential nominee Hillary Clinton and Republican candidate Donald Trump is Monday, Sept. 26. Since she began her run for presidency, Clinton has spoken on the shrinking middle class and the financial difficulties low-income earners face.

As she prepares for her face-off against Trump, learn about how her policies will affect you, your wallet and the U.S. economy.

Cut Taxes for the Middle Class

Clinton promises to cut taxes for middle-class families, according to her website, and she’ll pay for new tax breaks by increasing taxes on high-earners. A March 2016 analysis of her tax proposals by Tax Policy Center found all tax increases would fall on the top 1 percent.

Clinton also advocates closing tax loopholes and enacting the Buffett Rule, which would require millionaires and billionaires to pay more in taxes. The New York Times reported her tax proposals would place a 4 percent tax surcharge for high-earners making over $5 million, while a new rule would ensure individuals making over $1 million pay a minimum of 30 percent.

See: 15 Things You Should Know About Donald Trump’s Tax Plan

Clinton also wants to reform the capital gains tax system. She wants to discourage short-term trading and reward longer-term investments that help create jobs. Under her plan, investors would be taxed a 39.6 percent statutory rate on gains from holdings held for one to two years, with that rate dropping to 20 percent after the six-year mark, reported Tax Foundation.

“For most Americans, an increase in the capital gains tax won’t affect them at all,” said Tom Wheelwright, certified public accountant and author of “Tax-Free Wealth.” “For the average investor who has their money in an IRA or a 401k, there is no impact by all of this.”

Reducing income inequality is one of the central tenets of the Clinton campaign. The middle class is shrinking and the lower class is growing, according to data from Pew Research Center.

“Corporate profits are at near record highs, and Americans are working as hard as ever, but paychecks have barely budged in real terms,” Clinton said in a July 2015 speech. “Families today are stretched in so many directions, and so are their budgets.”

Even moving the minimum wage to $12 would raise wages for one in four U.S. workers, according to Amy Traub, a senior policy analyst with public policy organization Demos. “That’s a big segment of the workforce, and it would make a big difference for a lot of people,” she said. “It would be really good for consumers’ wallets.”

Student loan borrowers carry a mean balance of $26,700, and nearly 17 percent of all borrowers are late or in default on their loans, according to a 2015 report published by the Federal Reserve Bank of New York. Furthermore, a study by the Federal Reserve Bank of Boston shows that student loan borrowers appear to be less likely to own a home and have more difficulty accumulating wealth.

Clinton addresses student debt in her New College Compact. Advocating for debt-free college, her proposal would allow students to go to in-state colleges and universities without borrowing money for education. She also supports efforts to assist middle- and lower-income students with non-tuition expenses, such as the cost of books and even child care.

It’s been more than 20 years since Bill Clinton signed the Family and Medical Leave Act, which allows families to take up to 12 weeks of unpaid leave to care for a new child and deal with their own or a family member’s health needs. That provision puts America behind most other developed countries that offer paid leave for women — and often men.

As part of her goal of getting more women in the workforce at higher wages, Clinton supports family-friendly policies such as paid family leave and affordable childcare policies.

See: 8 Ways Your Money Habits Are Ruining Your Relationship

“I believe that what’s good for women is good for America,” she wrote in a 2015 op-ed for women’s lifestyle media platform SheKnows. “Take child care. It’s a women’s issue. It’s also an economic issue. You can’t go to work every day if you can’t afford a safe place to leave your kids.”

This issue gained more visibility in 2015 when several Silicon Valley companies announced changes to parental leave policies that extend more generous benefits to both men and women. Currently, only California, New Jersey and Rhode Island offer paid family and medical leave, according to the National Conference of State Legislatures.

The 2016 Trustees Report from the Social Security Administration projected that retirement and disability trust funds would be depleted by 2034 and would “pay about three-quarters of scheduled benefits through the end of the projection period in 2090.” The future of Social Security, however, has long been a big point of contention between the two majority parties.

Clinton wants to expand and preserve Social Security, saying at a New Hampshire campaign event, “We do not mess with it, and we do not pretend that it is a luxury — because it is not a luxury. It is a necessity for the majority of people who draw from Social Security.”

Clinton’s website outlines her plan for Social Security. Notably, she would oppose efforts to raise the retirement age or reduce cost-of-living adjustments.

“Despite generations of progress on so many other fronts, it’s still too hard to get a business started today,” Clinton wrote on LinkedIn in May 2015. “Credit is too tough to come by. Too many regulatory and licensing requirements are uneven and uncertain.”

Clinton also wants to increase manufacturing jobs, notably by supporting small manufacturers and start-ups, while making it easier for small businesses to get the answers they need about federal regulations and access to capital programs.

Clinton aims to protect and expand the Affordable Care Act. According to her website, Clinton aims to lower the cost of prescription medicines and lower out-of-pocket expenses and deductibles.

Her campaign also looks to protect consumers from drug price increases, an issue that came to the limelight when Martin Shkreli of Turing Pharmaceuticals raised the price of the drug Daraprim by over 5,000 percent in 2015. The topic arose once more in the summer of 2016 after it was shown EpiPen, used for severe allergic reactions, had seen a 600 percent price increase since 2009.

Clinton also opposes the Cadillac Tax, which imposes a tax on employers with the most expensive health plans. The goal of the tax is to reduce overall healthcare costs, but critics say it’s encouraging employers to simply reduce the quality of their insurance and push costs onto consumers.

Clinton publicly urged Democrats in Congress to fight a Republican proposal that sought to limit the Consumer Financial Protection Bureau, a federal agency created in the wake of the financial crisis to supervise financial institutions’ dealings with the public. The agency is responsible for supervising and enforcing the laws that cover consumer financial products and services, and it aims to provide better transparency for the consumers who use them.

“The [CFPB] has only one mission: protecting Americans from unfair and deceptive financial practices — and it’s succeeding,” she wrote in an open letter to Congress. In recent months, Clinton supported a proposal from the CFPB that cracked down on payday lenders.

Michael Galvis contributed to the reporting of this article. 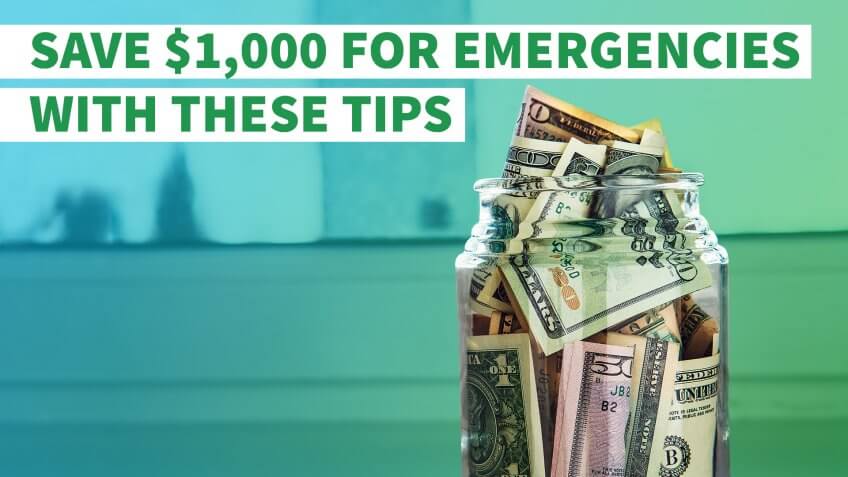 Save $1,000 for Emergencies With These Tips