Parents, listen up: You might not be teaching your kids enough about money. Only 46 percent of kids said their parents are doing well at teaching them about money and finances, according to the T. Rowe Price’s 2015 Parents, Kids & Money Survey.

Many parents shy away from the topic because they think that they don’t know enough about finances themselves and don’t feel confident teaching their kids, said Stuart Ritter, a senior financial planner at T. Rowe Price. “They’re concerned about conveying the wrong information,” he said.

But Ritter said you should ask yourself this: If you’re not teaching your kids about money, who will? If it’s someone else, are you comfortable with what they’re teaching? That’s why parents need to be a part of the learning process. Here’s how you can help your children avoid money mistakes and learn to be responsible with money.

You should start talking with your children about money as soon as they take an interest in it and realize that it can be used to buy things, Ritter said. “Start the conversation early, have little conversations along the way,” he said. For example, you could start by explaining that you get paid money for doing your job so they don’t think it just magically appears in your wallet.

Be sure to make your conversations age-appropriate. “You don’t want to turn your kids off by talking to them at a level that is either too high or too low,” said Robin Taub, a financial consultant and author of “A Parent’s Guide to Raising Money-Smart Kids.” If you don’t know where to start, the Money Confident Kids site has conversation starters that can help.

As you talk to your children about the basics of earning, saving and spending money, don’t forget to discuss sharing, Taub said. “Introducing the concept of philanthropy, or giving back, at a young age teaches kids that not everyone is fortunate enough to live the way they do,” she said. “It will help them develop a sense of compassion and gratitude and may combat any sense of entitlement they may have developed.”

“The opportunities to have great conversations with your kids about money will present themselves in your everyday life,” said Taub. “The trick is to recognize those ‘teachable moments’ and take advantage of them.” For example, activities such as grocery shopping, using the ATM and planning a family vacation can involve valuable money lessons.

Ritter said that when he was shopping with his 6-year-old daughter, she asked if she could have a credit card. She was under the impression that she could use one to buy whatever she wanted. So he used the opportunity to explain how credit worked. “If I hadn’t had that conversation with her, she would’ve gone years thinking the credit card was magic,” he said.

Over one-quarter of parents surveyed by T. Rowe Price said it’s not important to include kids in discussions about family finances. However, Ritter said it’s important for parents to explain what’s important to you as a family and how you make money decisions.

For example, if you’re driving an older car because you’ve prioritized saving for retirement, you should let your kids know. If you’re not taking an expensive vacation because you’re saving for your kids’ college education, let them know. Telling your kids about setting goals and making trade-offs will enable them to do the same, Ritter said.

Allow Them to Make Financial Decisions

You can’t expect your kids to be responsible with money just by talking about it; you have to give them a chance to manage it. “Children must be allowed to make their own independent financial decisions before they leave the family,” said Mary Hunt, author of “Raising Financially Confident Kids” and founder of Debt-Proof Living.

When Hunt’s two sons were young, Hunt realized that she and her husband were paying for everything they wanted, and they were showing signs of entitlement. So she decided to give them a “salary.” It wasn’t tied to doing chores — which they were expected to do as members of the family anyway — but they did have to live by the family’s rules and value to get it.

Starting in 6th grade, they got $50 on the first day of the month. They had to save 10 percent in a savings account and give away 10 percent. Then they could use the remaining 80 percent. But they were responsible for paying for certain things — like toys and treats for themselves and birthday gifts for friends — and were told that Mom and Dad wouldn’t pay for anything on that list, Hunt said.

Each year, Hunt’s boys got a raise, and their financial responsibilities increased. By high school, Hunt’s sons were getting $350 a month and paying for everything except food and shelter. At age 21, they were head and shoulders above their peers when it came to managing money because they’d been doing it for years, she said.

“This plan worked perfectly for both of them,” Hunt said. That doesn’t mean it will work for every family, but the key is to come up with a plan for allowing your kids to manage money on their own, she said.

Hunt said that when her oldest son got paid his salary for the first time, he asked to go to Toys “R” Us after school and spent all his money. “Everything went down the drain in my mind,” she said because she thought nothing she had taught him about money before giving it to him had sunk in. But he actually learned a valuable lesson.

When he was invited to a birthday party that month, he didn’t have cash left to buy his friend a present. So he missed the party. “It was the longest month of this kid’s life,” Hunt said. But the next month, the pendulum swung the other way. “He became the biggest tightwad on the face of the earth,” Hunt said.

You have to allow your children to make their own financial decisions then step back. “Let them fall, do not rescue them and force them to handle the consequences,” Hunt said.

Both of Hunt’s sons became voracious savers. Because they often didn’t use the full 80 percent of spending money each month, both had enough saved by age 16 to buy their own used cars. They’ve never had consumer debt, and both bought homes before age 25, she said. Her second son, who is now 40, just bought a home with a 50 percent down payment.

Be a Good Role Model

About 80 percent of parents think they’re setting a good financial example for their kids, but nearly 70 percent said they’ve done things that might not qualify as setting a good example, according to the same T. Rowe Price survey. So you need to make sure your actions aren’t contradicting the advice you’re giving your kids.

“As a parent, you are a role model for your kids,” Taub said. “This is just as true in money matters as in other important aspects of life. The best way to raise money-smart kids is to be smart about money yourself.” If you’re not, your kids will likely follow in your footsteps.

“The money habits formed as kids can be the foundation for how your children relate to money when they’re much older,” Taub said. “Help them develop good habits when they’re young.” The sooner you start teaching your kids to be responsible with money, the easier it will be for them to develop good financial habits that will last a lifetime. So take the time now to implement these strategies so you’ll have money-smart kids. 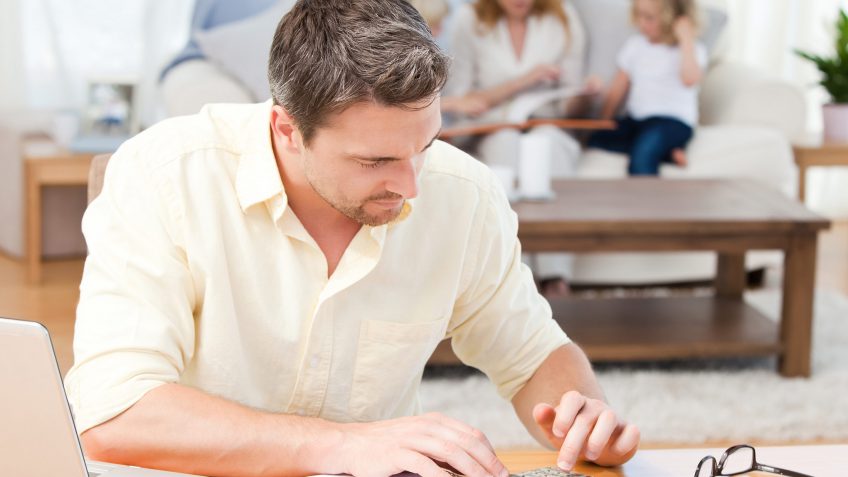 1 in 4 Americans Says Cost of Living Is Their No. 1 Financial Concern

Here's why the cost of living is on everyone's minds.