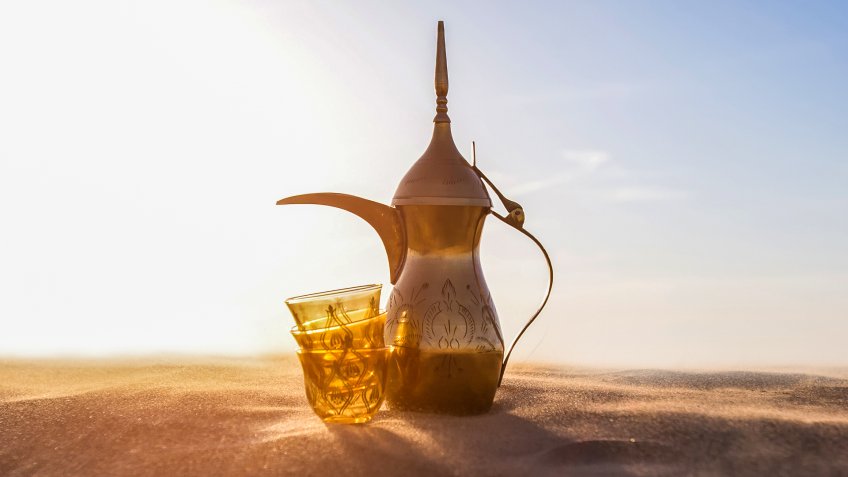 For many people, coffee is the morning drink of choice around the world. In some area of the world, it’s going to cost you more than others. A global cost of living study from UBS looked at data from 77 cities around the world. Coffee prices and varieties, as well as the culture and habits that accompany it, vary widely around the world.

Even in the U.S., prices differ widely. In Miami, a cup of coffee costs an average of $3.93. In Chicago, you can save over $1 on every cup of coffee, as its costs average $2.76. These international cities show a wide range of joe-drinking habits and prices — take a look to see if you’re getting the best coffee deal around the world. 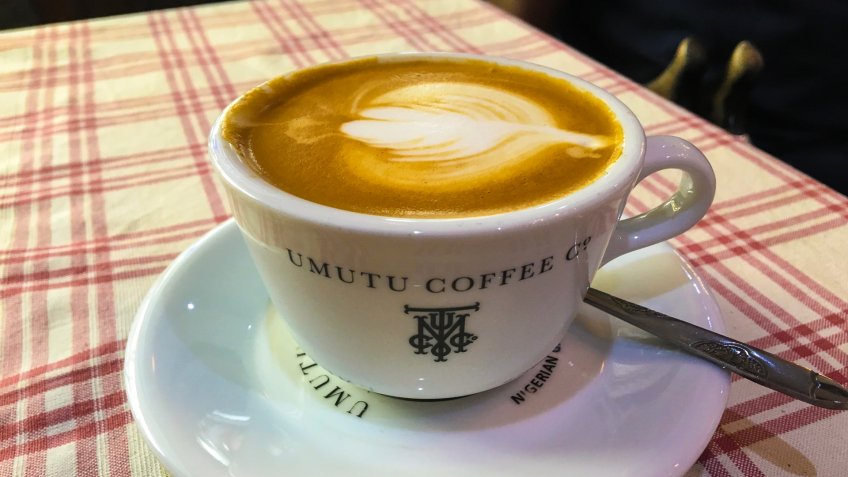 Africa may be the origin of coffee — historians believe it started in Ethiopia — but for a long time, Africa has produced more coffee than it consumed. That appears to be changing. While still lower than in other countries, coffee consumption in Nigeria increased by over 20% from 2010 to 2015. Bigger cities like Lagos are seeing more demand for it as well. 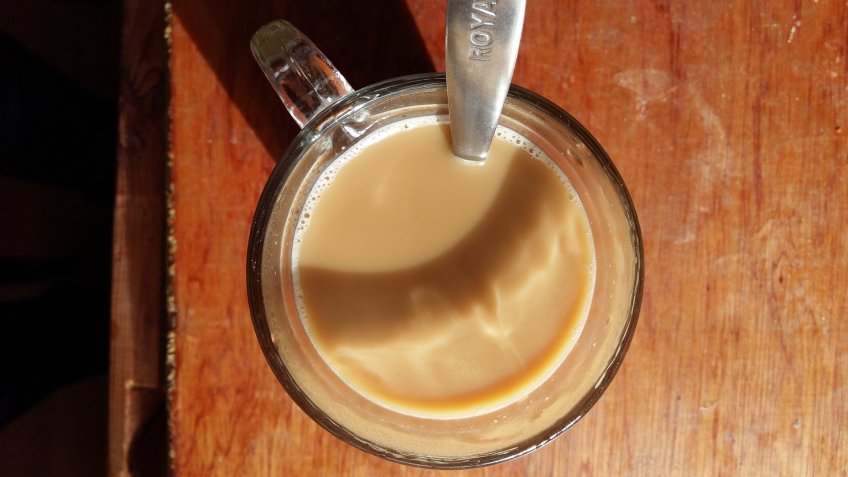 In Egypt, historians believe drinking coffee may have mystical roots. Egyptians appear to have begun drinking coffee because of Sufi Islamic mystics, who used it in prayer ceremonies. Nowadays, typical Egyptian coffee is made similar to Turkish coffee: strong, in a small cup and capped by a layer of foam, known as “the face.” If your coffee has no face, it hasn’t been made properly. You also want to be sure to mention how sweet you like your coffee because it’s usually prepared with sugared water. 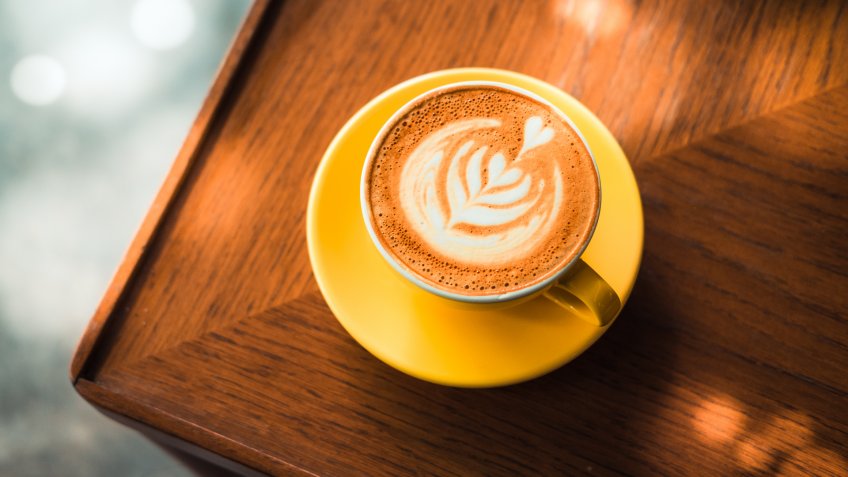 Malaysians have started making coffee drinking a greater part of their local lifestyles, visiting coffee shops that sell specialty coffee roasts. Specialty coffee is a designation by the Specialty Coffee Association of America (SCAA), referring to green coffee beans that achieve the best flavor according to a set of brewing standards. The Malaysians also put on The Malaysia Coffee Fest. In 2018, more than 30,000 visitors from all over the region came to sample java and participated in three coffee competitions: the Malaysia Open Latte Art Championship, the Barista Championship and the first Drip Bag Coffee Championship. 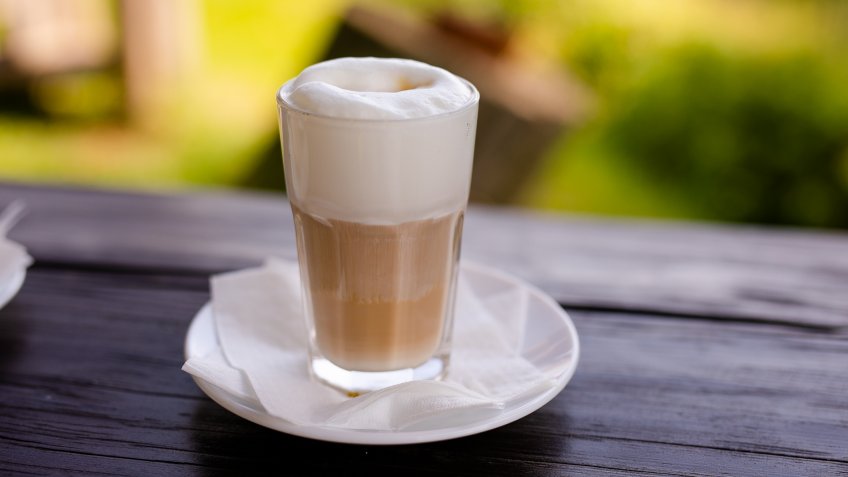 Lithuania has not become as coffee obsessed as other parts of the world. But when Lithuanians do drink coffee, they want it to be prepared well — no instant coffee or overly sugared drinks for them. It wasn’t until 2013, supposedly, that the first truly local coffee was ever consumed in Lithuania, when a man named Ignas Dombrauskis harvested coffee beans from a tree that was grown in Lithuania. Since then, coffee passion has increased, but it’s still a slow simmering process; you won’t find any Starbucks in the country. 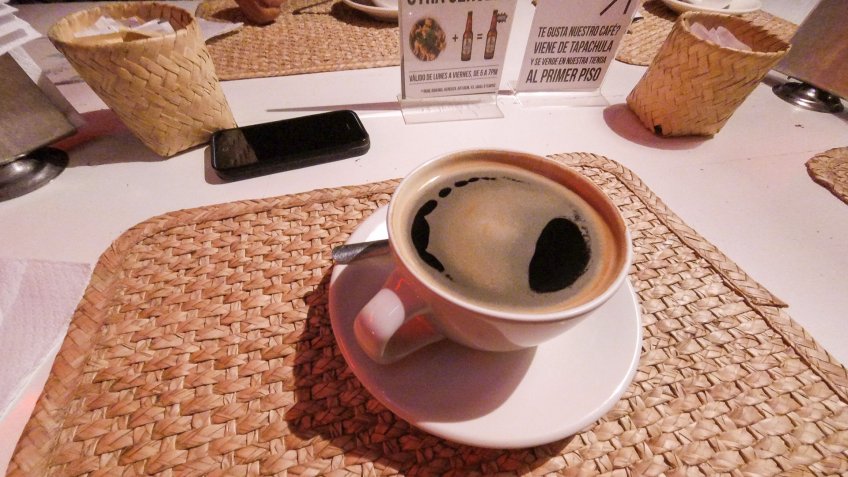 Ranked as one of the major coffee producers of the world, Americans have Mexico to thank for the vast majority of coffee they consume. Mexicans prefer to drink their coffee at lunch or dinner, unlike the morning routine so common in the states. They also like to indulge in coffee cocktails, in which tequila and other liquors are added to black coffee. Mexico was also at the forefront of cultivating organic coffee in the late 1980s. 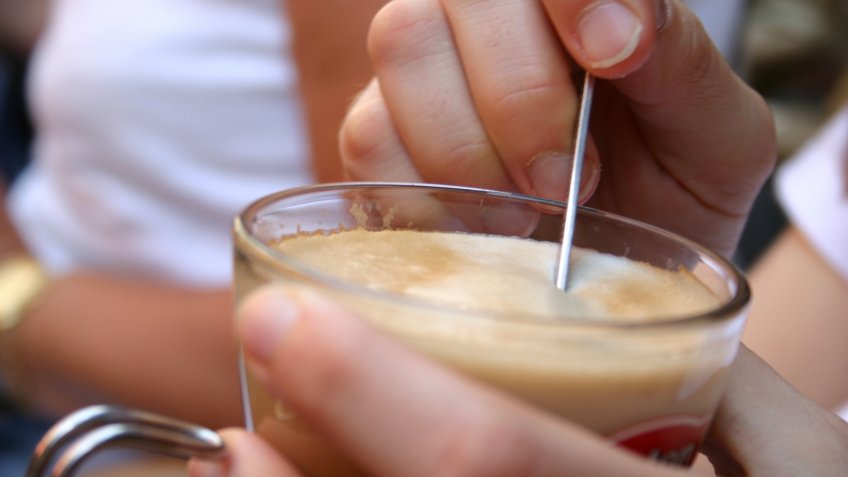 According to a 2018 survey, the heaviest coffee drinkers in Belgium are the older folks — over age 50 — 17% of whom reported they drink as many as six or more cups per day. The Americano remains the most popular type of coffee drink overall, though people 35 years old and younger are more likely to enjoy lattes than the older crowd. What it lacks in coffee drinkers, Belgium makes up for in imports. It is the third-largest importer of green coffee beans in Europe, in line behind Germany and Italy. 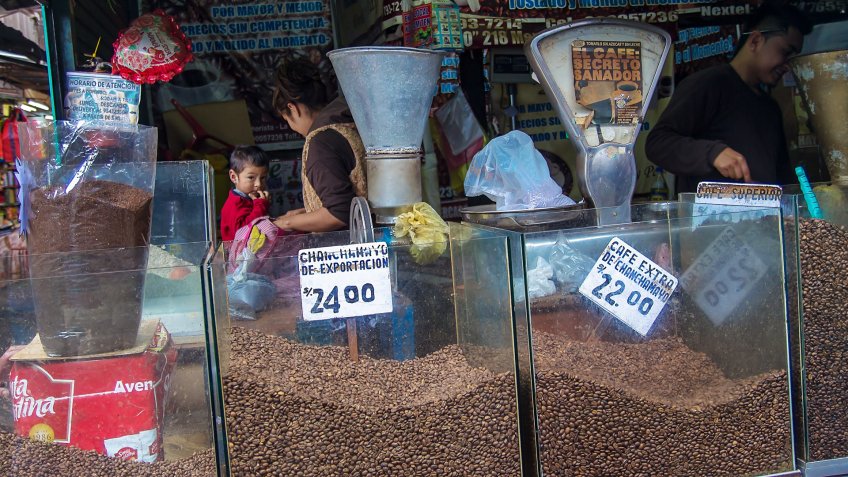 Peruvians might be too busy producing coffee to consume it. The country was the 11th-largest producer of coffee in the world as of 2018, which accounts for 2% of the world’s coffee. Most of the coffee is grown on small farms in the Andes Mountains, and it’s typically hand-picked by indigenous farmers, who are unlikely to be able to afford the coffee they pick. Tourists flock to towns like Lima for its food culture, which has impacted coffee culture as well. 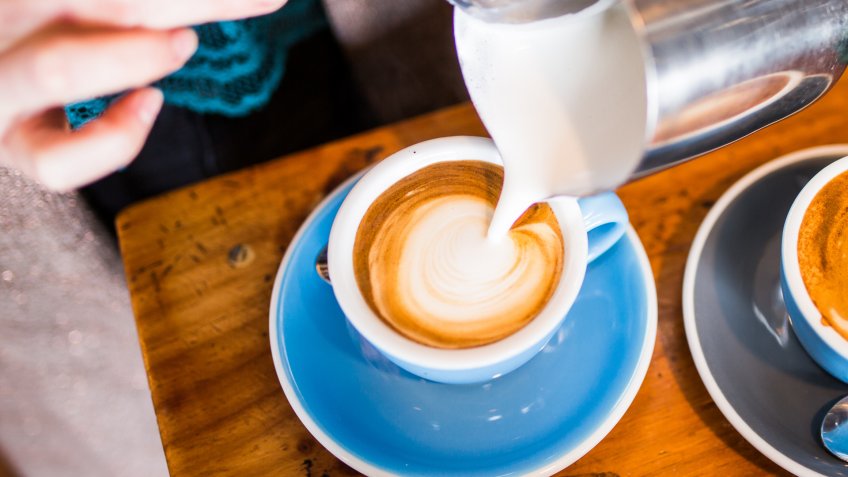 New Zealanders like their coffee, but they lean toward espresso, smaller sizes and more concentrated coffee drinks. New Zealand has been identified as the pioneer of a drink that only recently reared its head at Starbucks in the last few years: the “flat white.” A flat white is similar to a latte, but the milk is less frothy and more textured (thus “flat”), and it’s served in a smaller cup so it has a more intense coffee flavor. You’ll also find a “long black” in New Zealand — a single espresso with equal parts hot water served in a large cup — which is a smaller, more intense cousin of the Americano. 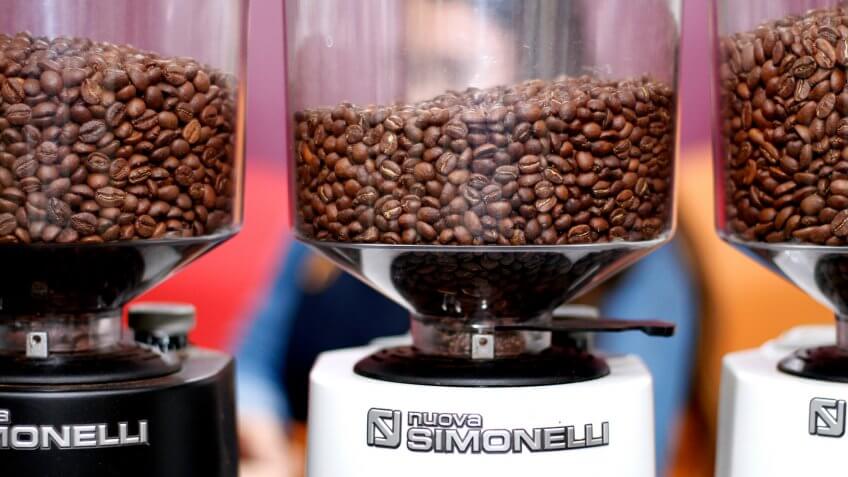 While the rest of the world may be coffee crazy, Chile has been slow to get on board with the obsession. Influenced heavily by English colonialism, many people are still tea drinkers. As of 2015, Nescafé and instant coffee largely dominated people’s coffee habits. In fact, approximately 90% of the population chose instant coffee as their coffee of choice. However, Chile is known for a sexy spin on coffee shops — in Santiago, there are many café con piernas, which means “coffee with legs” in Spanish. Here, your coffee is served by women in short dresses or even bikinis. 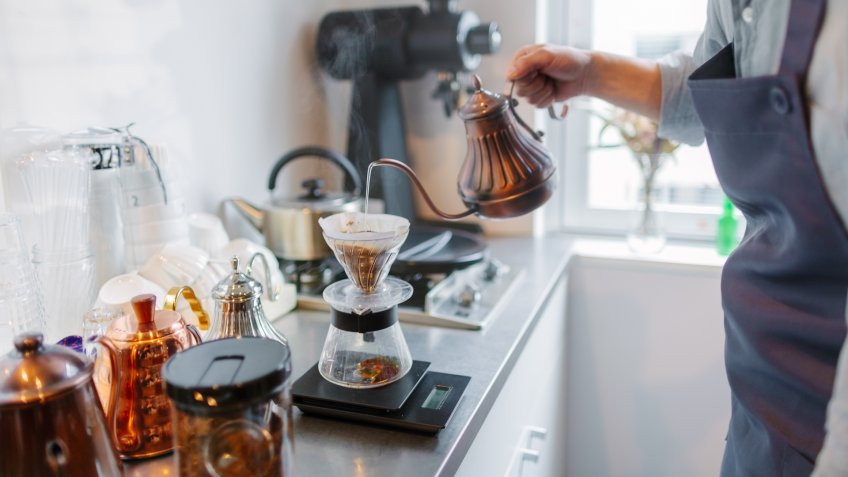 Despite Japan’s long history of tea — much like China — the Japanese have been regularly drinking coffee since the early 1900s. Long before Starbucks or Peet’s Coffee, there was The Paulista Group, in 1907, which brought coffee to the masses. However, even further back than that, Japan’s first coffee shop of record, Kachiichakan, in Tokyo, was reportedly founded in 1888. Specialty coffee shops, known as kissatens, are popular for their retro styling that throws it back to the 1950s and ’60s. The barista might be wearing a bow tie, and you’re likely to get pour-over drip coffee rather than anything with a fancy name or lots of added syrups. 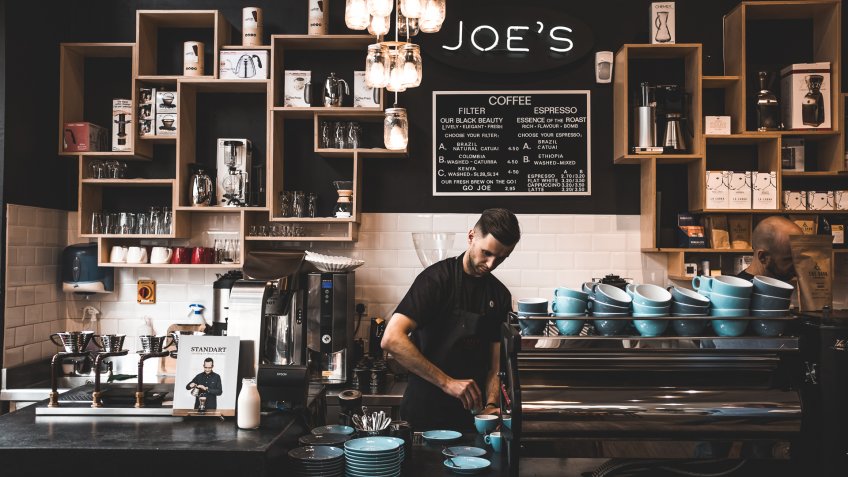 Ireland is experiencing a “third wave” of coffee being part of the daily routine of Irish culture. The first wave was coffee, including instant, only purchased at the supermarket. The second wave took place when Starbucks and a European chain, Costa, came to the country. Now, its third wave features trendy, small coffee shops that emphasize hand-crafted, specialty coffee — although the good old-fashioned Americano is on the rise in popularity. A survey from 2017 found that one in three Irish people now purchase coffee at least once a day, up 10% from the previous year. 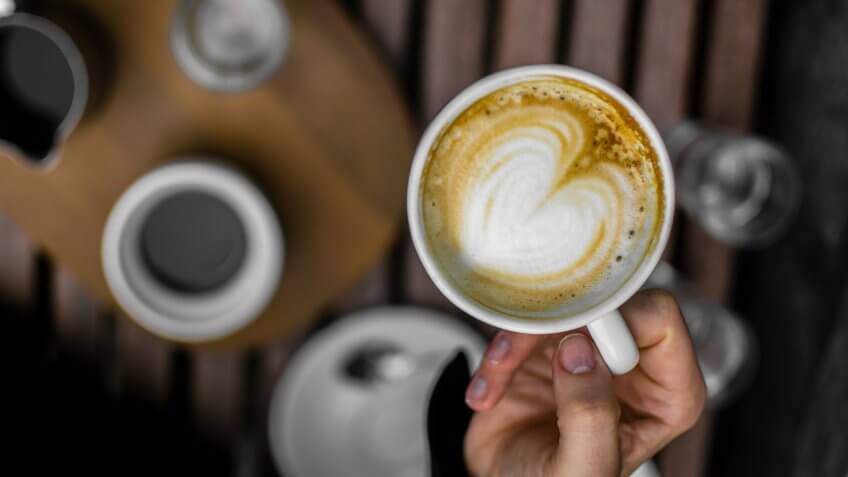 For a country that lives with very long stretches of dark during the winter, coffee is a big deal. Norway ranks No. 2 when it comes to countries that drink the most coffee. In the years before big chain coffee shops like Starbucks, most Norwegians consumed their coffee at home only, though that has changed. Norwegians are said to prefer their coffee light-roasted and steeped in a pot, “cowboy style,” for a thicker, oilier cup of java. 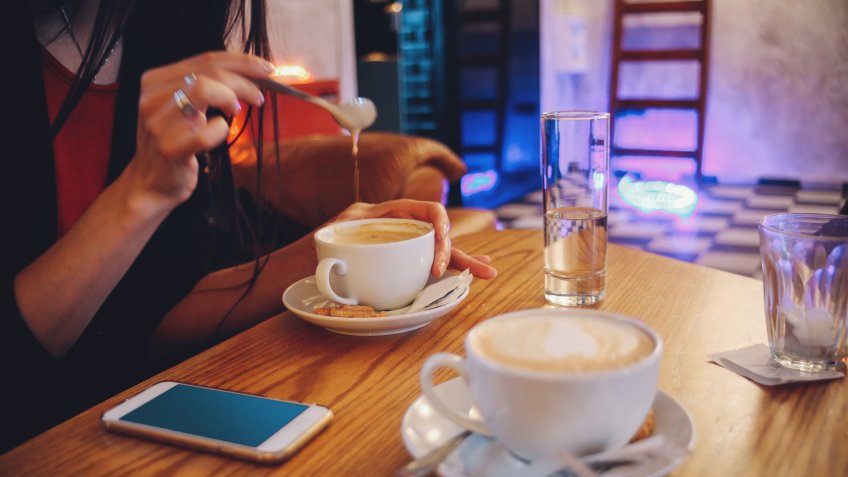 Greece ranks 17th among countries that consume the most coffee. Greek coffee shops technically serve Turkish coffee, an intensely concentrated delicacy that originates from neighboring Turkey. But they don’t call it that — it’s a “Greek coffee” or Elliniko kafés — ever since 1974, when an attempted coup and attempted Turkish invasion led to anti-Turk sentiments. Some people also believe the Greeks invented the Freddo cappuccino and the Freddo espresso in 1993. However, this invention is questionable — most likely, the extremely hot weather of a Greek summer simply forced the need for ice in every coffee drink. 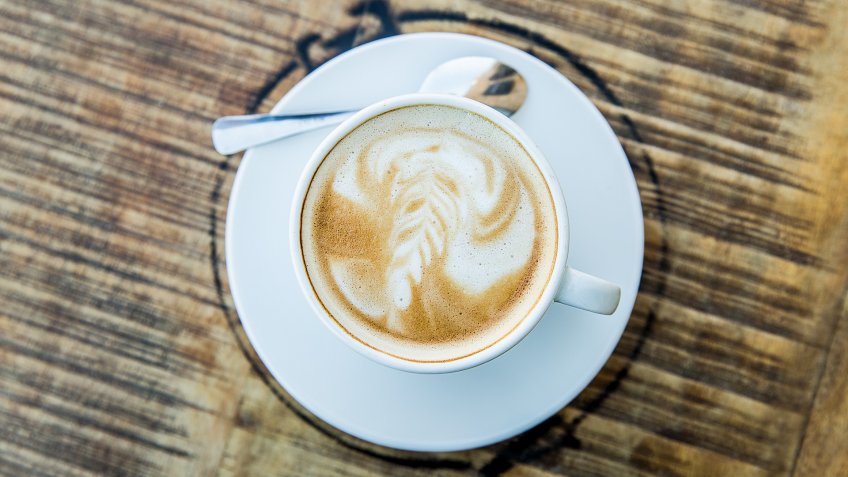 Ever since the 1950s, when Mordechai Shor began manufacturing the first Israeli espresso machine, called “La Favorita,” Israeli coffee culture has boomed. Though Israel shares obvious Middle Eastern connections, Israelis enjoy coffee that is closer to European, particularly Italian, coffee culture. Despite rising interest in coffee, Starbucks has been unable to hold its own in Israel, closing down its only two locations that lasted from 2001 to 2003. In its place, an Israeli coffee chain called Cofix has had significant success. 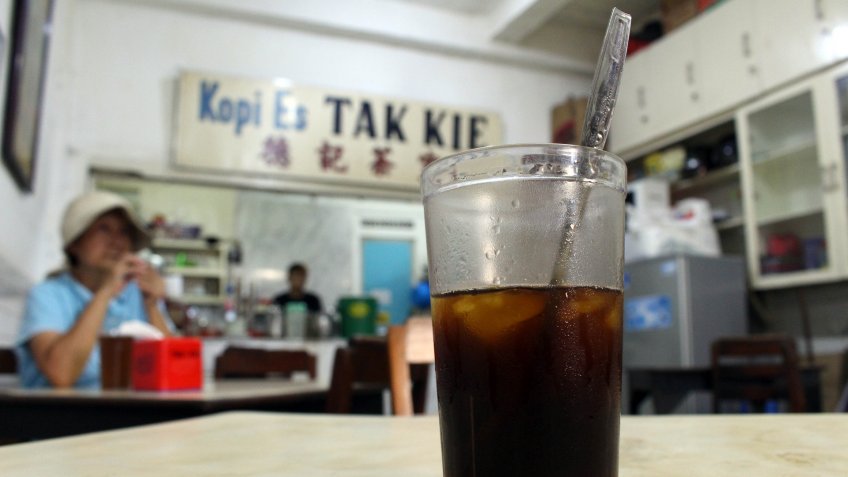 Indonesia is one of the biggest coffee exporters in the world — it ranked fourth in 2017 — but its residents have only started to take up a regular practice of coffee drinking in recent years. Given that Indonesia is responsible for growing kopi luwak, considered the world’s most expensive coffee, a hot cup is still relatively affordable. Though small “kopi” shops continue to pop up, Starbucks leads the coffee train, with over 326 locations in Indonesia as of 2018. 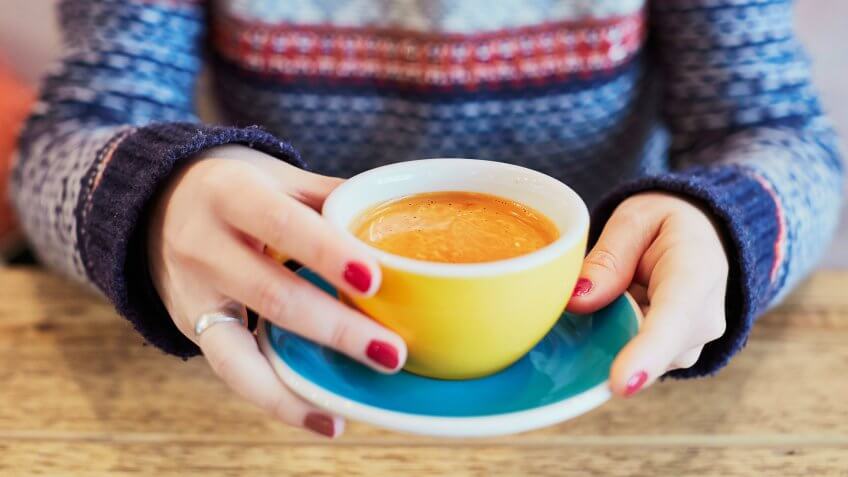 Paris is famous for its quaint cafés, such as Les Deux Magots, where literati like Jean-Paul Sartre and Simone de Beauvoir once sipped and discussed politics and existential philosophy. However, it is not necessarily known for its quality coffee. The most common coffee of choice in France is un café, simply a shot of espresso. The French are less likely to drink big frothy lattes but do drink café au lait, literally coffee with steamed milk, or café crème, espresso plus steamed milk topped with foam, in the afternoons. 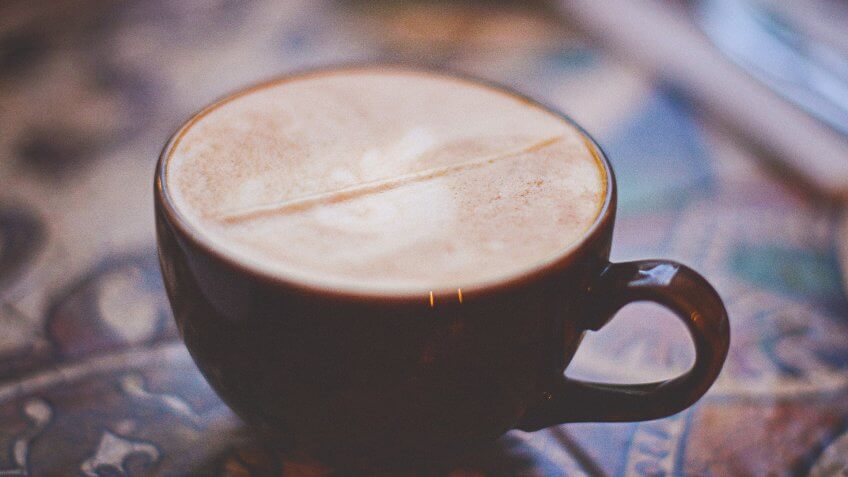 The Cold War may be over between America and Russia, but the hot coffee war is apparently on. Thanks to a steep increase in Russian coffee consumption — from $750 million in 2001 to $2.5 billion in 2011 — Russians’ demand for American-style coffee spurred the former Russian Prime Minister, Dmitry Medvedev, to call the drink the Americano — a shot of espresso topped with hot water — “not politically correct.” He suggested it be called a “Russiano,” and, while this may have been a joke, many coffee shops replaced it on their menus. Another option is the less tongue-in-cheek but still popular drink called the “Raf”– short for Rafael, a Moscow coffee patron who allegedly invented the beverage. The drink is steamed heavy cream with sugar and a shot of espresso.

For thousands of years, tea has been the hot beverage of choice in China. Coffee only became a growing industry in the late 1980s, when the Chinese government made a concerted effort to shore up its coffee industry with help from the World Bank and the United Nations Development Program. For a long time, the Chinese were content to sip instant coffee, but thanks to Starbucks, as well as millennials, more complex coffee drinks are on the rise in China. 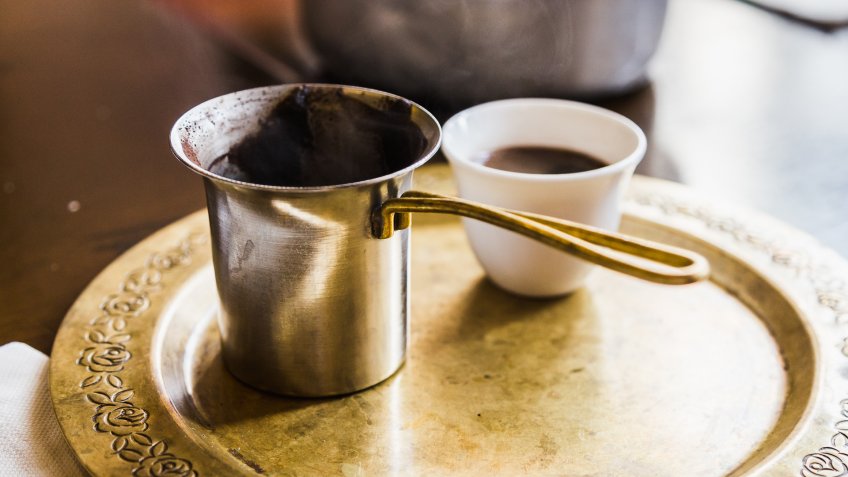 Coffee is not only a popular part of Middle Eastern hospitality — it’s typically consumed thick and dark and with spices like cardamom — but these countries may have been among the first cultures to consume it. Coffee is almost as popular in the United Arab Emirates as it is in the U.S., but challenges with brewing it, such as poor water quality from desalinization and thinner cow’s milk, may contribute to its steep price. 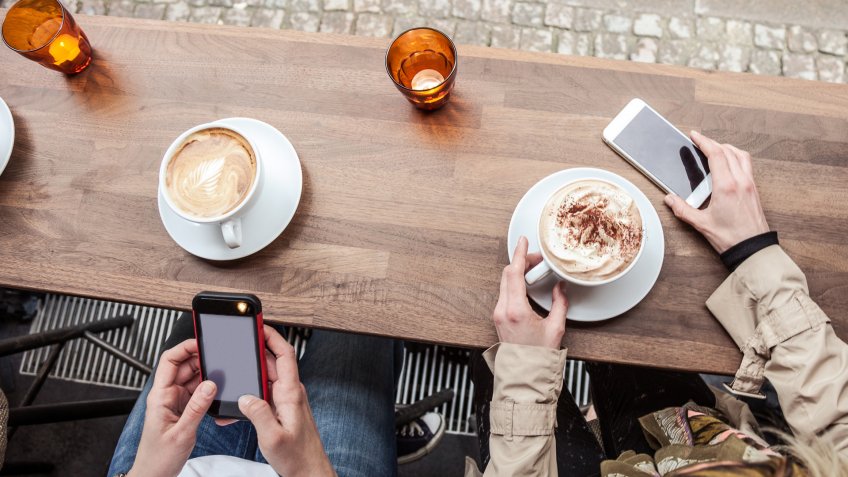 Perhaps it’s those chilly winters in the Scandinavian country of Denmark, but the Danes rank fourth in countries that drink the most coffee in the world. However, don’t expect to find any decaf; the Scandinavians prefer their coffee fully loaded. Could their coffee consumption have to do with the fact that they’ve been rated the happiest country in the world, according to the World Happiness Report? It seems possible. 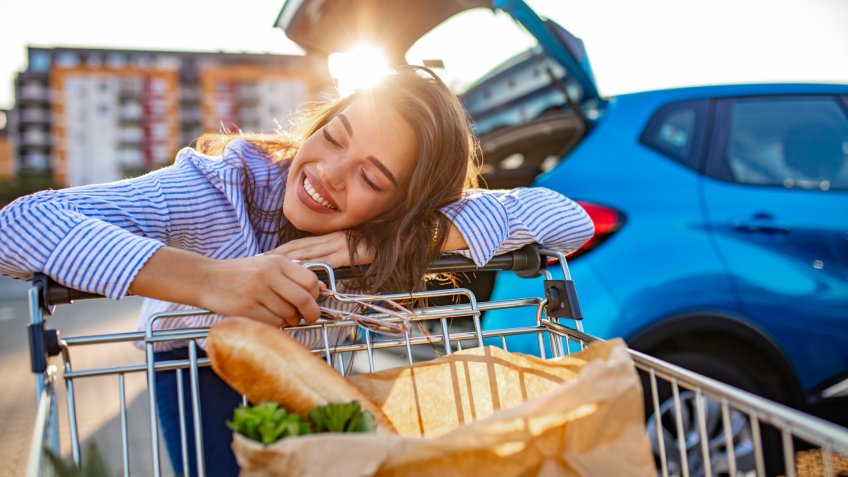 These are the best strategies and apps to help you save.