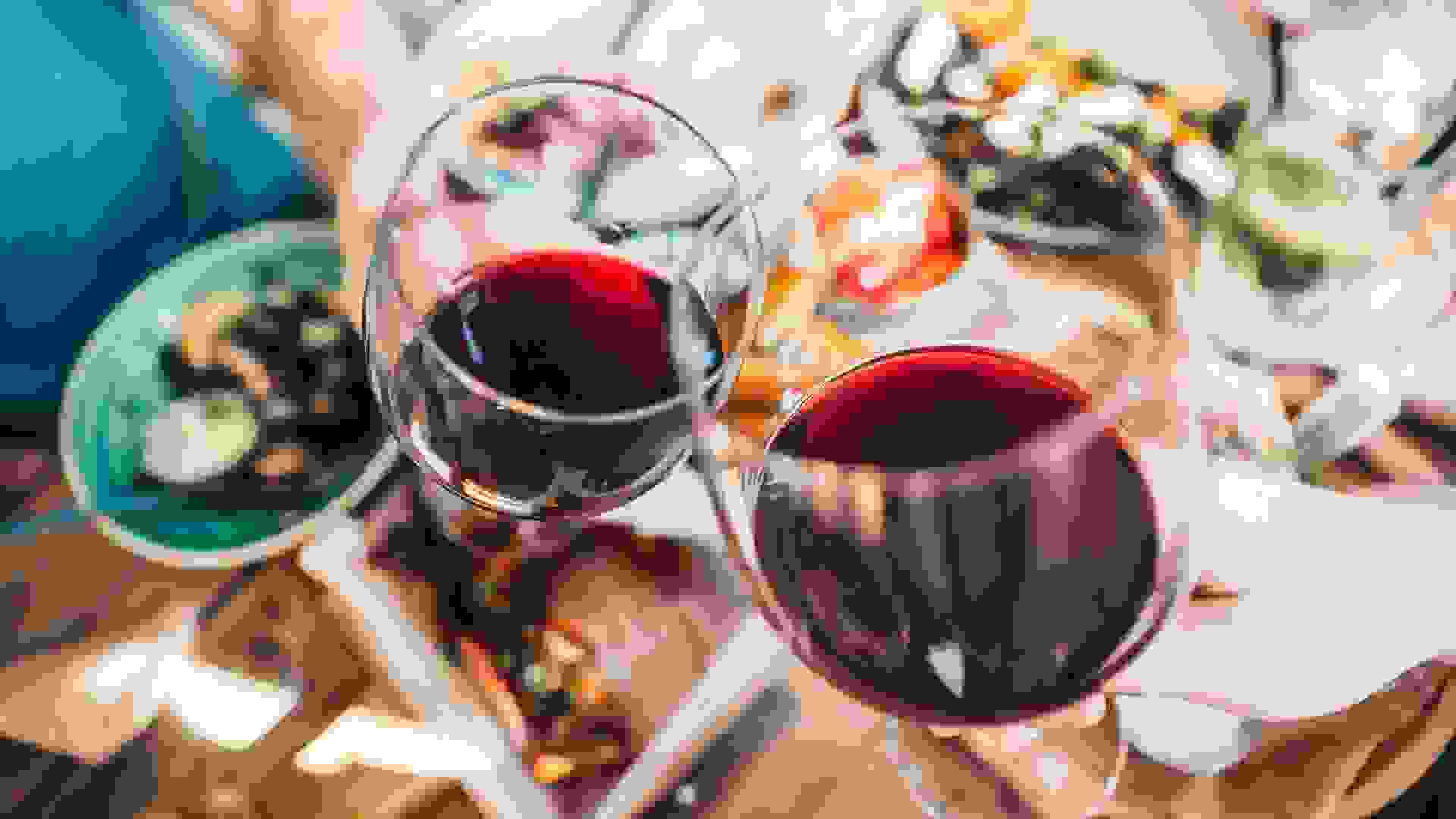 You can always make a dish at home for less than you pay at a restaurant — that’s a given. A restaurant has to factor in overhead costs when they price out a menu to remain solvent, but certain items provide restaurants with more opportunity to overprice than others. You might choose to do a little more home cooking after finding out these restaurant secrets.

Foodie: Almas Caviar and 10 Other Foods Only the Rich Can Afford

Click through to see how much you’re overspending on these expensive foods in restaurants. 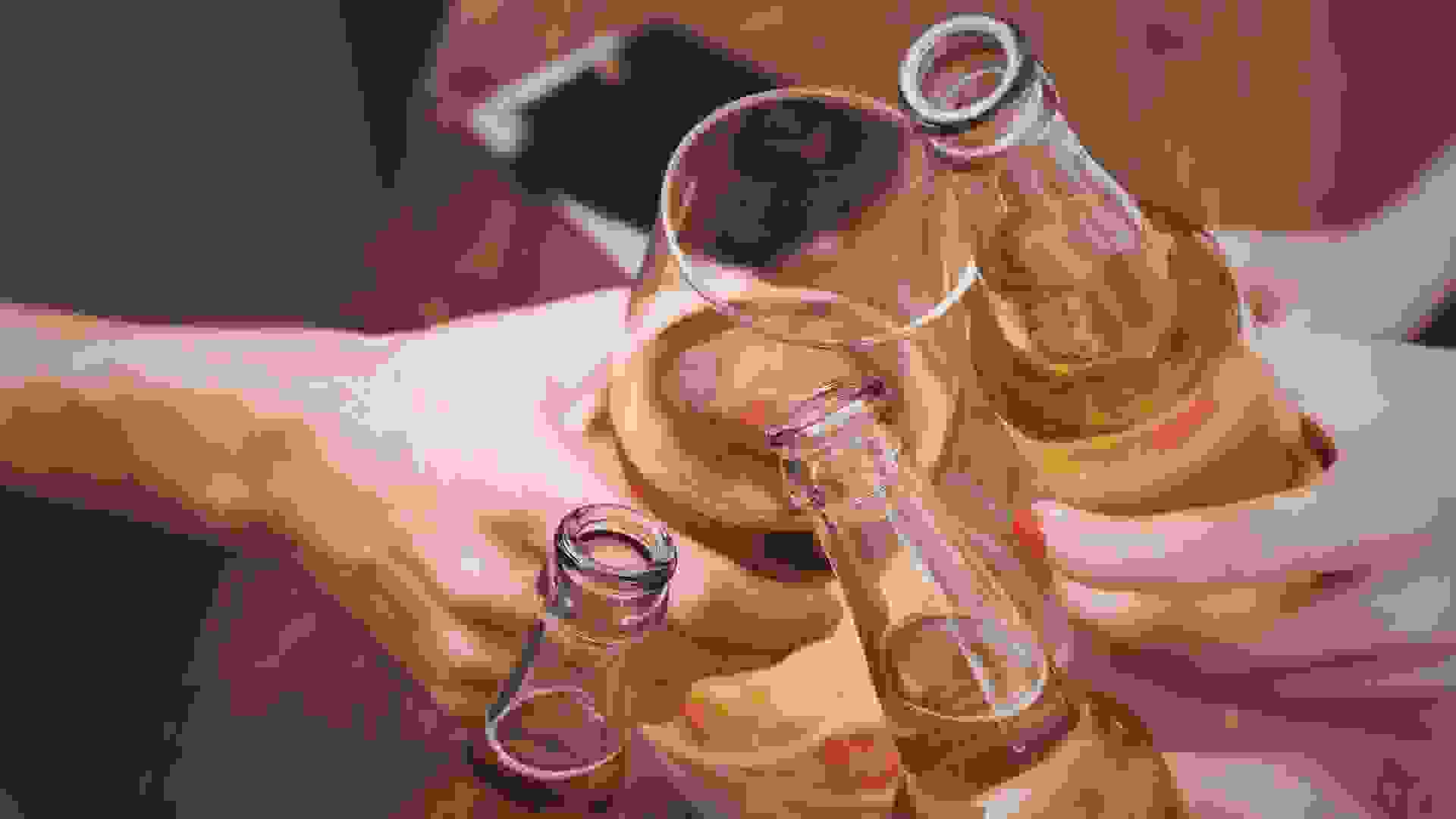 Restaurants typically charge between two and three times the bottle cost for craft beers and more for imports, according to restaurant industry publication Craft Beer Restaurant. Restaurants add a fixed overhead cost, usually between 50 cents and $1, then get into specialized pricing and rounding up. If a bar or restaurant pays $4.50 for a bottle of domestic craft beer and uses a standard 200% markup, you can expect to pay as much as $13.50 for it.

Drafts typically cost 40% to 45% less than bottles, but carry more overhead costs to compensate for keg fees, CO2 and maintenance costs. No matter how you look at it, you won’t get a retail price for beer at a restaurant. Meanwhile, brewing beer at home can cost less than $1 per 12-ounce serving, according to the American Homebrewers Association. 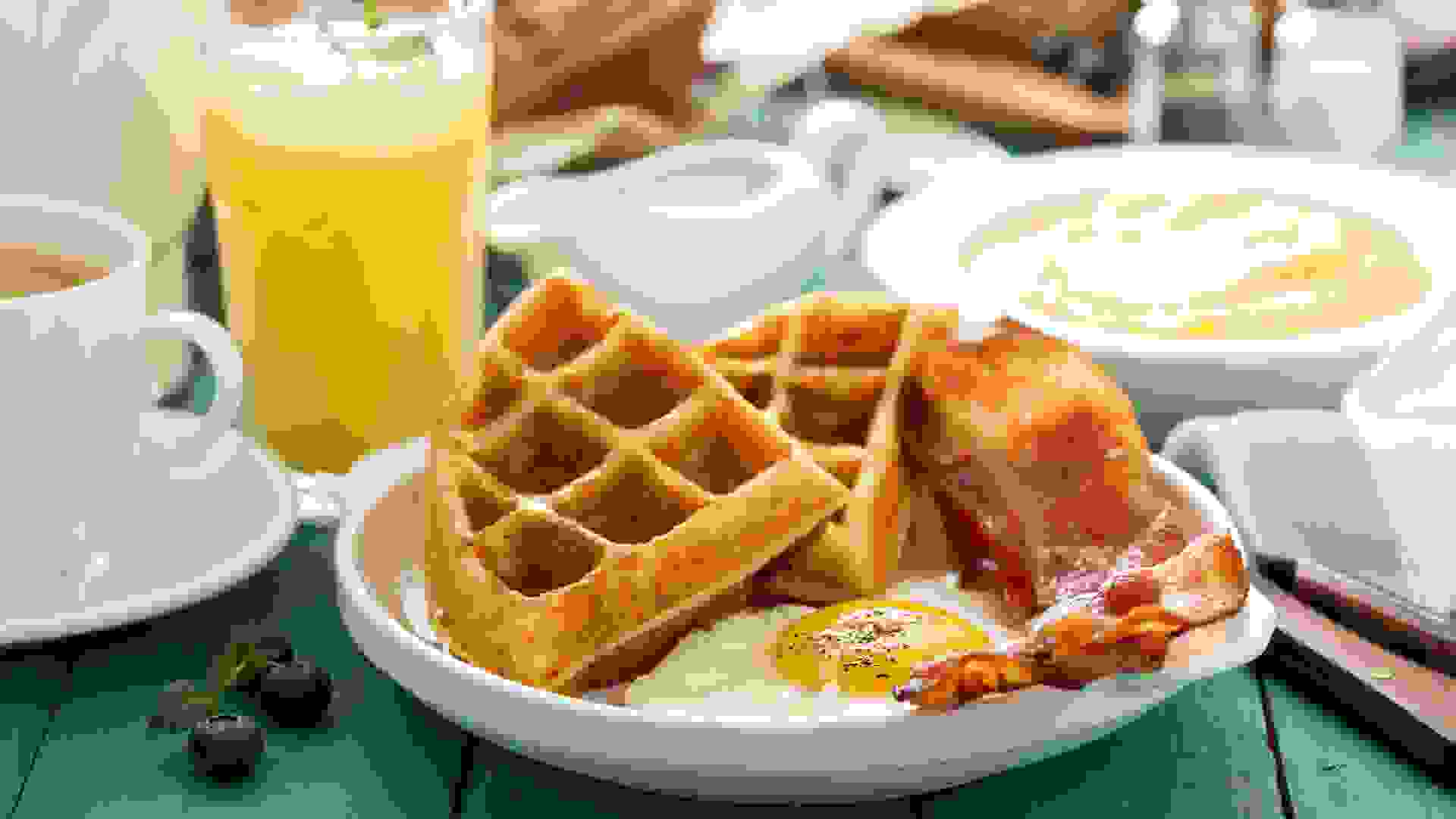 Restaurants love brunch. Foods like Belgian waffles, pancakes and French toast require little prep time and have low ingredient costs. A brunch combo, including two eggs, two slices of bacon and two buttermilk pancakes, for example, costs around $10 at a family-style restaurant like The Cheesecake Factory. An order of thick-cut French toast costs about $12. A two-person brunch of the aforementioned items can cost over $20, not including beverages and gratuity.

If you want to save money and entertain at home, make your own brunch for around $2. If you like mimosas, make a carafe of mimosa, (or about 10 servings), using French Champagne for around $40. You might pay as much as $90 or more for the same amount in a restaurant.

Look: How Much You’ll Spend on Food in Your Lifetime, By State 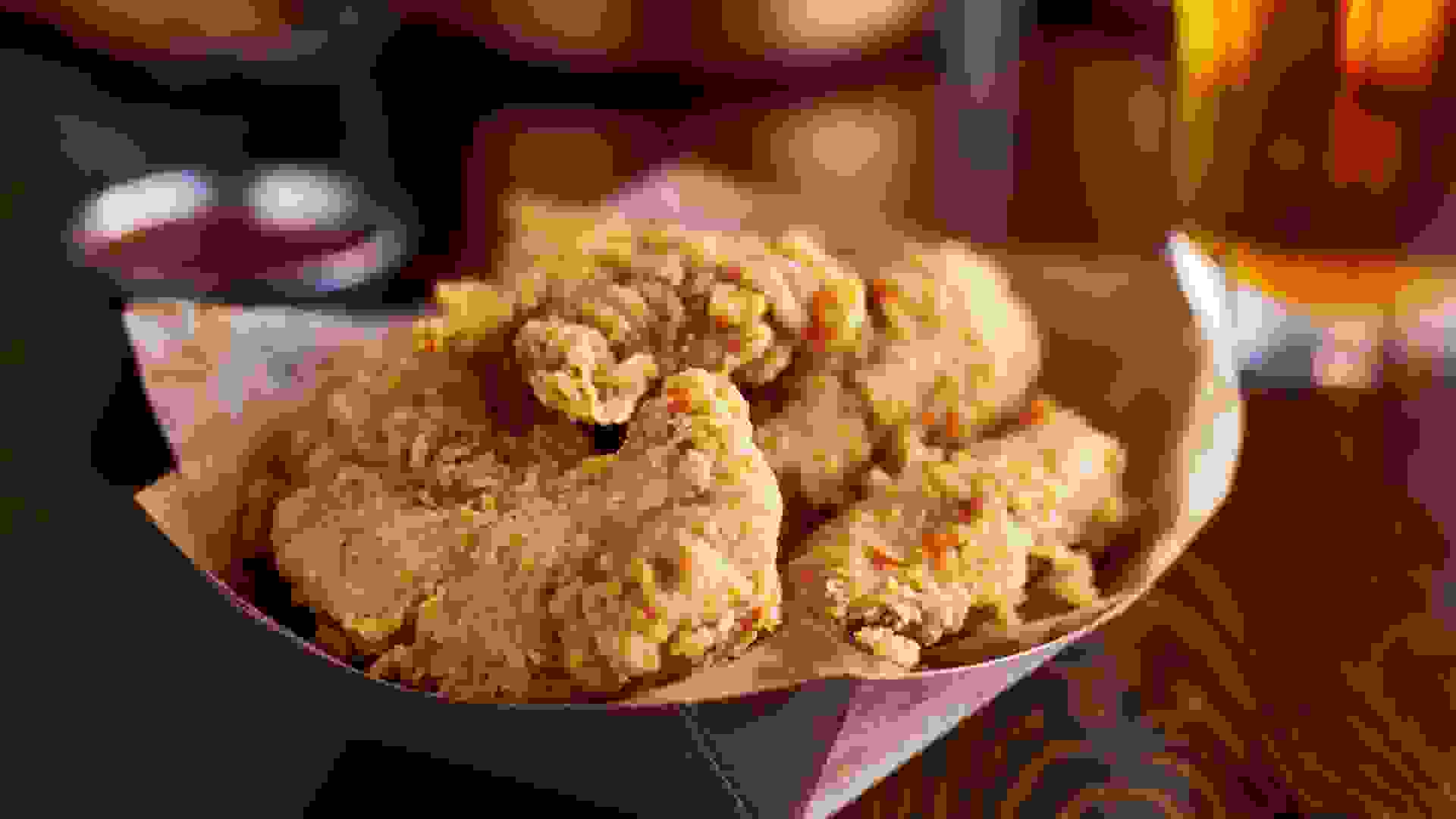 The markup on chicken tenders makes them among the most profitable foods for restaurants, on and off the kids menu, according to Pizza Today. For example, two chicken soft tacos with chipotle mayo and a side of black beans sells for about $10, as does a crispy chicken salad with mixed greens, red peppers, onions, tomatoes and dressing. Those dishes cost the kitchen less than $3.50 each, according to AdvancePierre Foods.

At a 185% markup and a 65% profit margin, this is food-cost gold for a restaurant. But you can make quality buttermilk-battered chicken tenders at home for 55 cents per two-piece portion, according to Iowa State University. 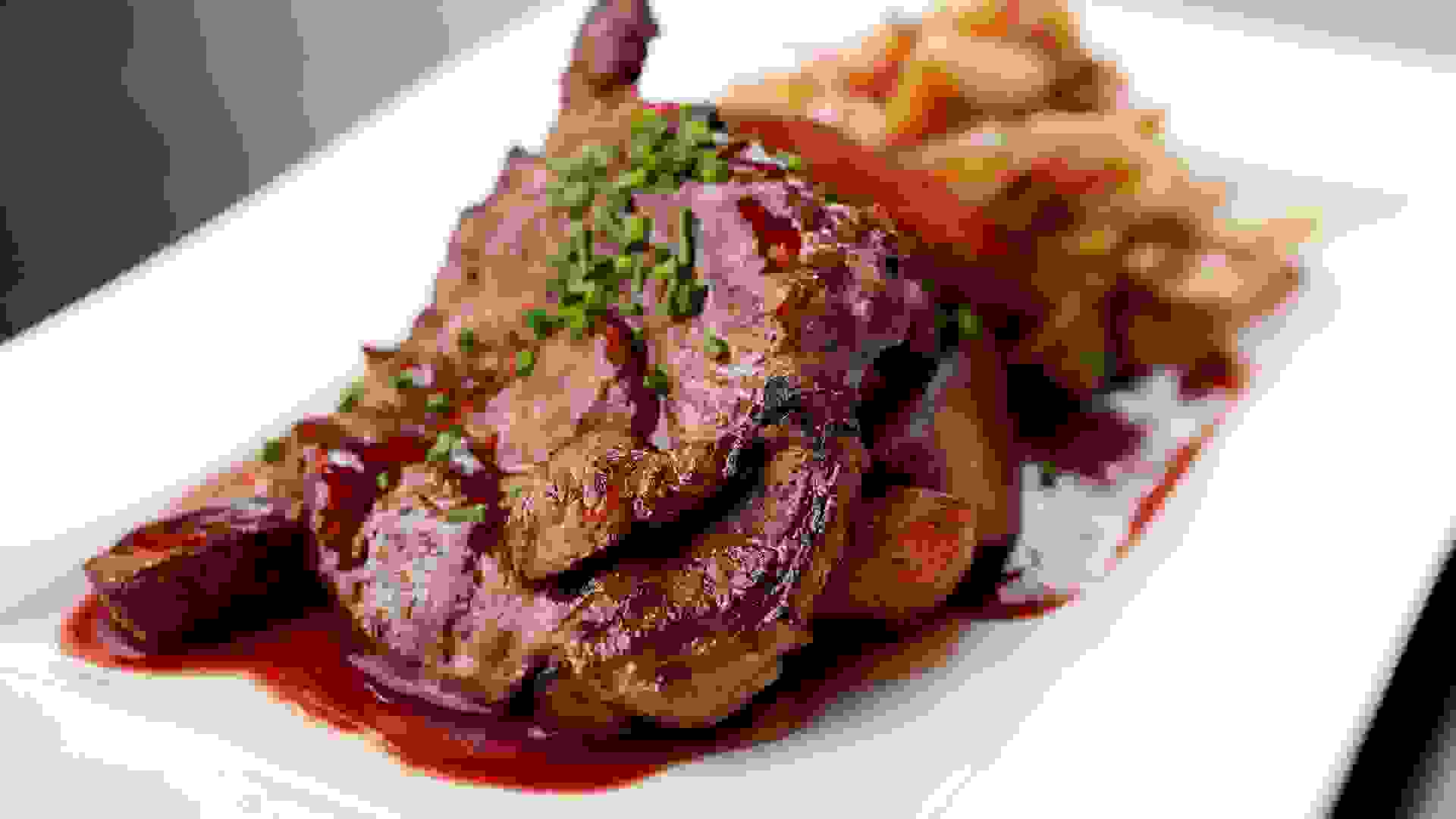 Restaurants run daily specials for one of three reasons: to test a new menu item, to showcase a new specialty item or to get rid of aging stock. The markups on the first two types of specials vary according to the specialty ingredient’s cost. The last type — using up the last of a protein or vegetable, for example — almost always involves a big markup.

That doesn’t mean the food is bad, however. These type of specials tend to have high markups because otherwise it raises suspicion. Guests might conclude that if an item costs so little it must be low quality, according to Gourmet Marketing. The industry standard for food costs is 28% to 32% of a menu price, according to research by Baker Tilly. That means the markup should be at least 200%, but for a daily special it could be much higher. 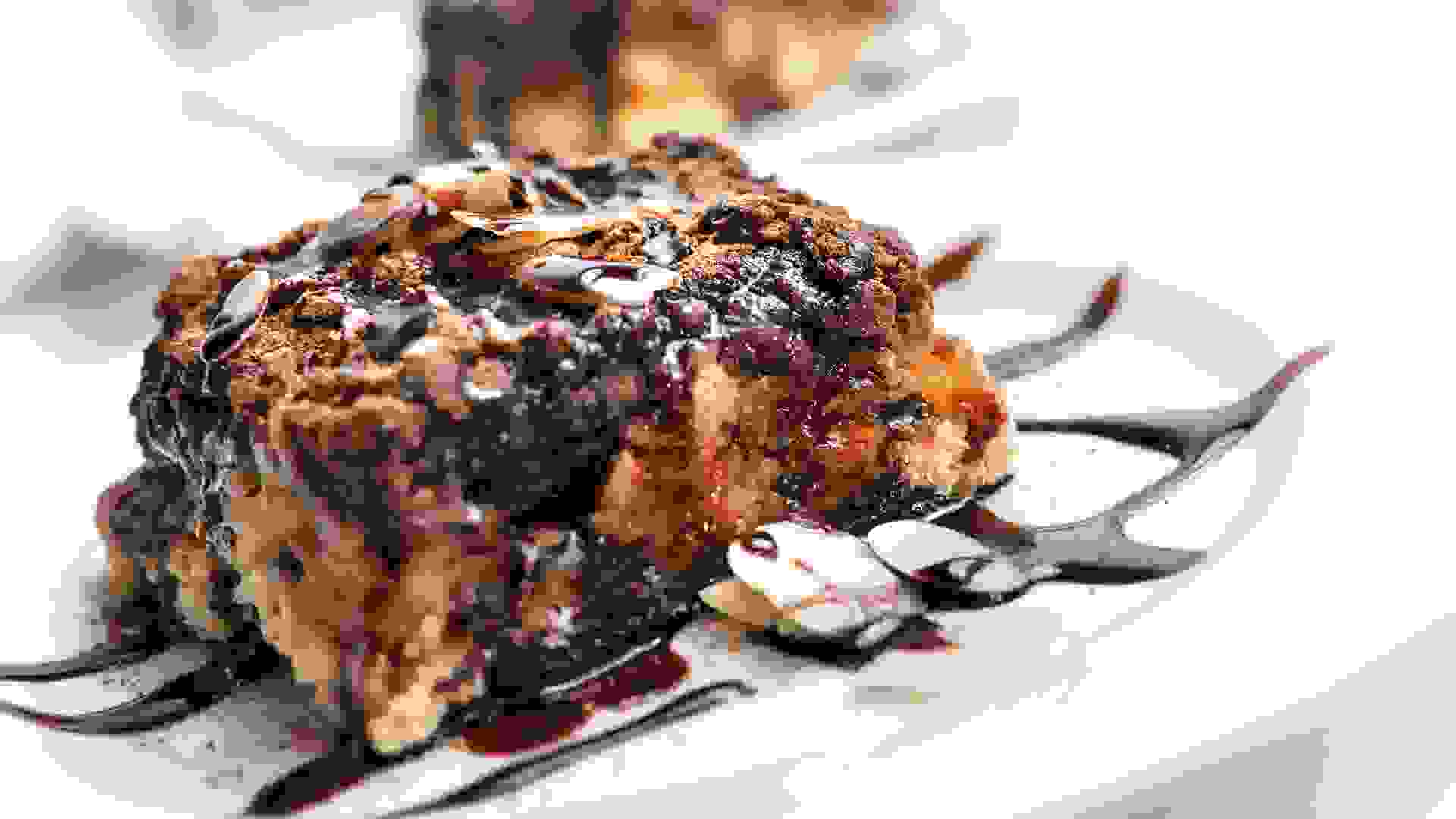 Whether you’re enjoying a casual dining experience or splurging on a five-star establishment, restaurants place a substantial markup on desserts. Much of the dessert cost goes toward labor: Creative, talented pastry chefs don’t come cheap, with an average salary of $21,616 to $51,452, according to PayScale. However, high-volume, casual theme restaurants rarely make their desserts in house, instead ordering prepared frozen desserts from suppliers — they couldn’t turn a profit on them otherwise.

For example, restaurants typically mark up their cake costs by 200% to 300%, according to the Houston Chronicle. Most folks consider dessert a special treat and naturally accept a higher price point. The inclusion of alcohol can also drive up the cost of dessert substantially. A prepared lava cake — a staple of many casual theme restaurants — costs around $3.75 at the grocery store and about twice as much at a restaurant like Applebee’s. 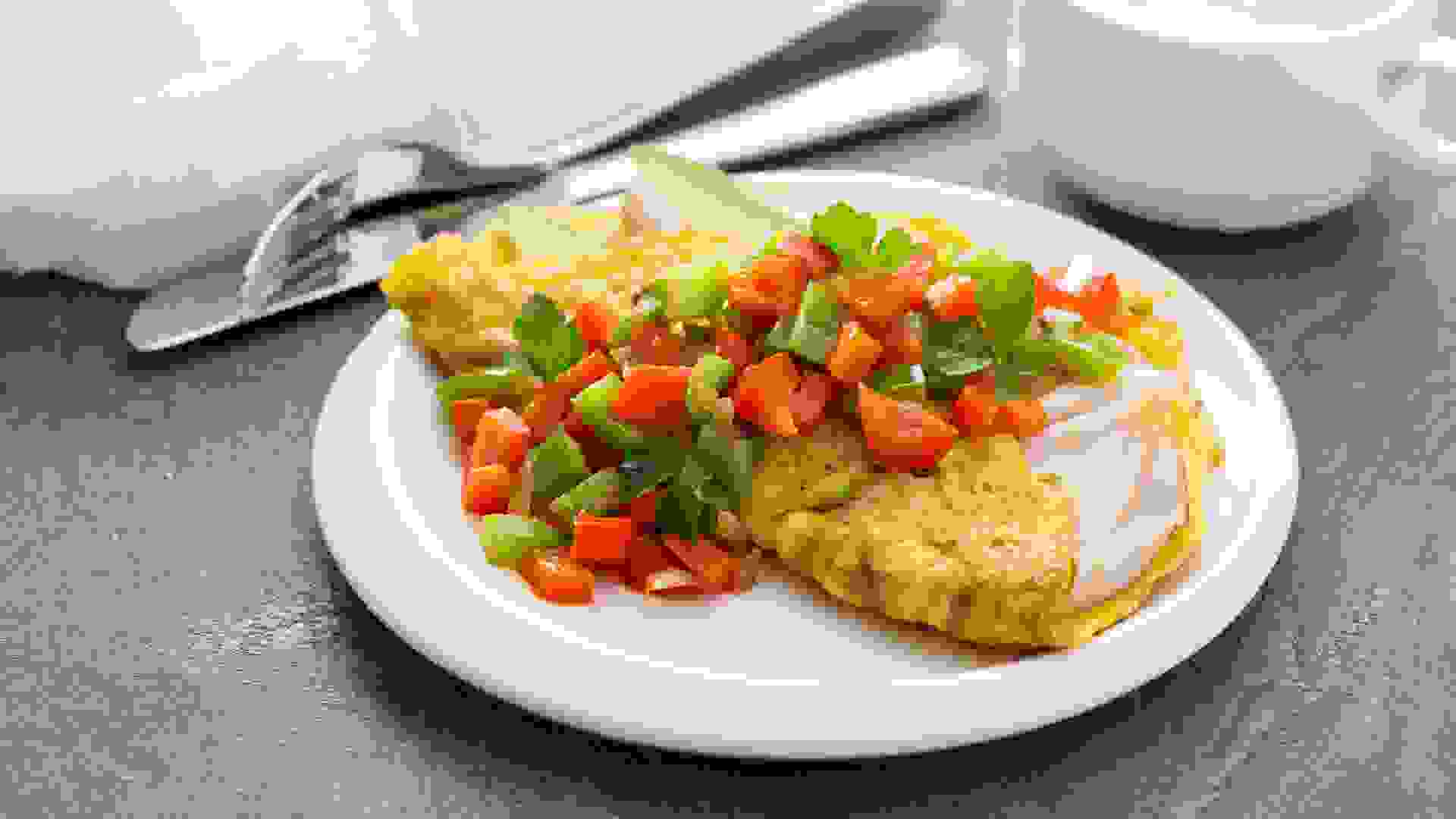 Few foods have as many applications as eggs. In savory dishes, desserts and sauces, eggs are everywhere; there are thousands of ways to spice up a boring meal with eggs. Julia Child devoted eight pages of “Mastering the Art of French Cooking” to making a basic omelet. Omelets are tough to master, and many fine-dining restaurants gauge the prowess of an entry-level cook by their ability to make one. It also opens the door for huge restaurant markups.

When you buy an egg dish in a restaurant, you’re essentially paying for labor costs. A two-egg American-style omelet with six strips of crumbled bacon and cheddar cheese at a casual restaurant such as IHOP costs about $9.50 — about a 100 percent increase. You can make the same omelet at home for less than $5. It’s a great reason to practice your omelet-making technique. 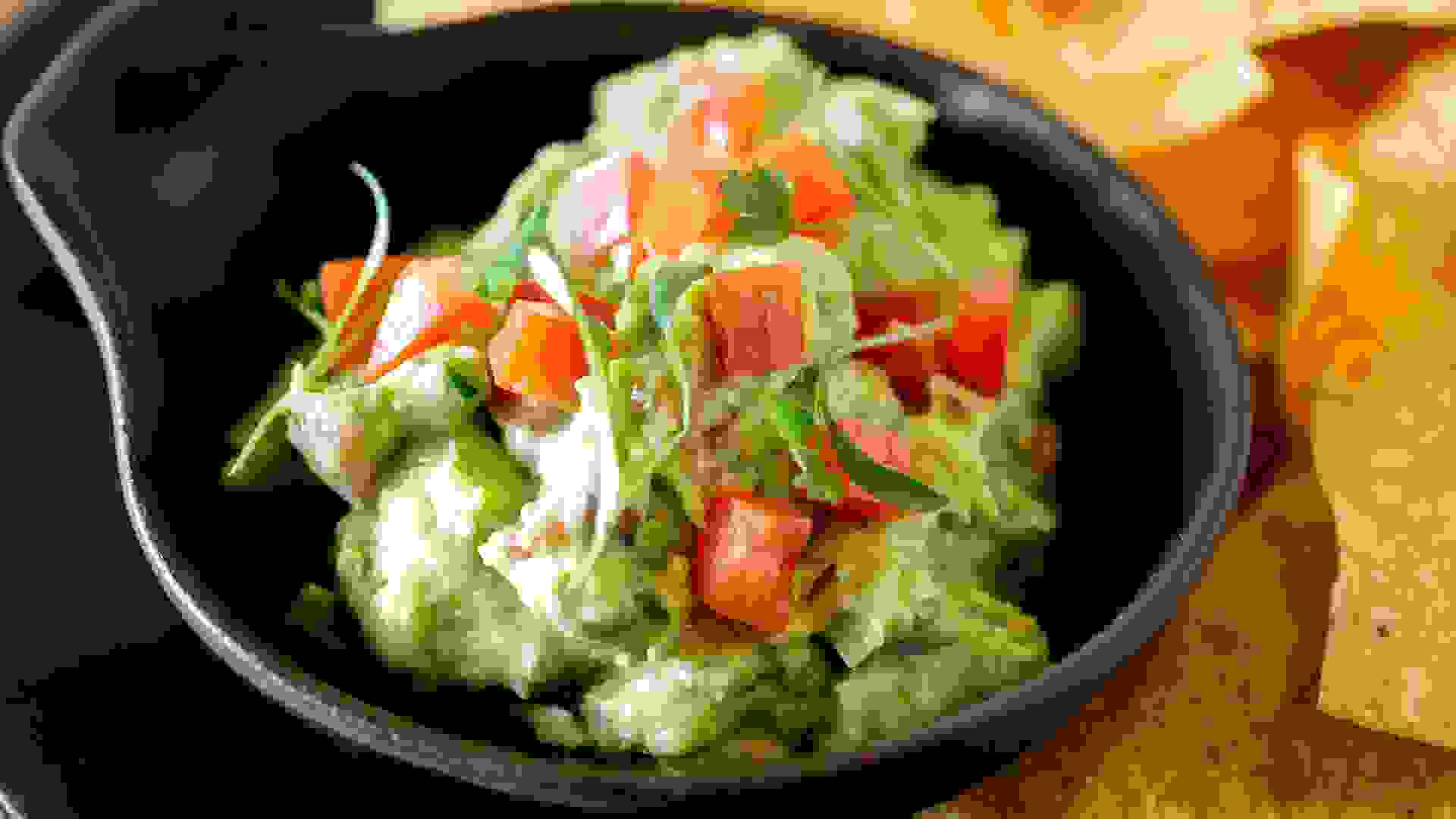 Most casual restaurants offer guacamole even if they don’t have a Mexican or Southwestern theme. Besides being a popular and delicious menu item, restaurants make bank off of it. A six- to eight-serving portion of made-to-order guacamole costs about $50 at a restaurant like Cheesecake Factory. Granted, avocado prices rose around 40% in 2017, according to Newsweek. But you can do much better at home — 550% better, cost-wise.

Instead of overspending at a restaurant, make your own guacamole at home. You can make a six- to eight-serving portion of homemade guacamole with four avocados, one small yellow onion, one bunch of cilantro and two limes for around $7.50. Chips are extra, and they might not be “unlimited” like you find in restaurants, but the money you save on the guacamole more than makes up for it. 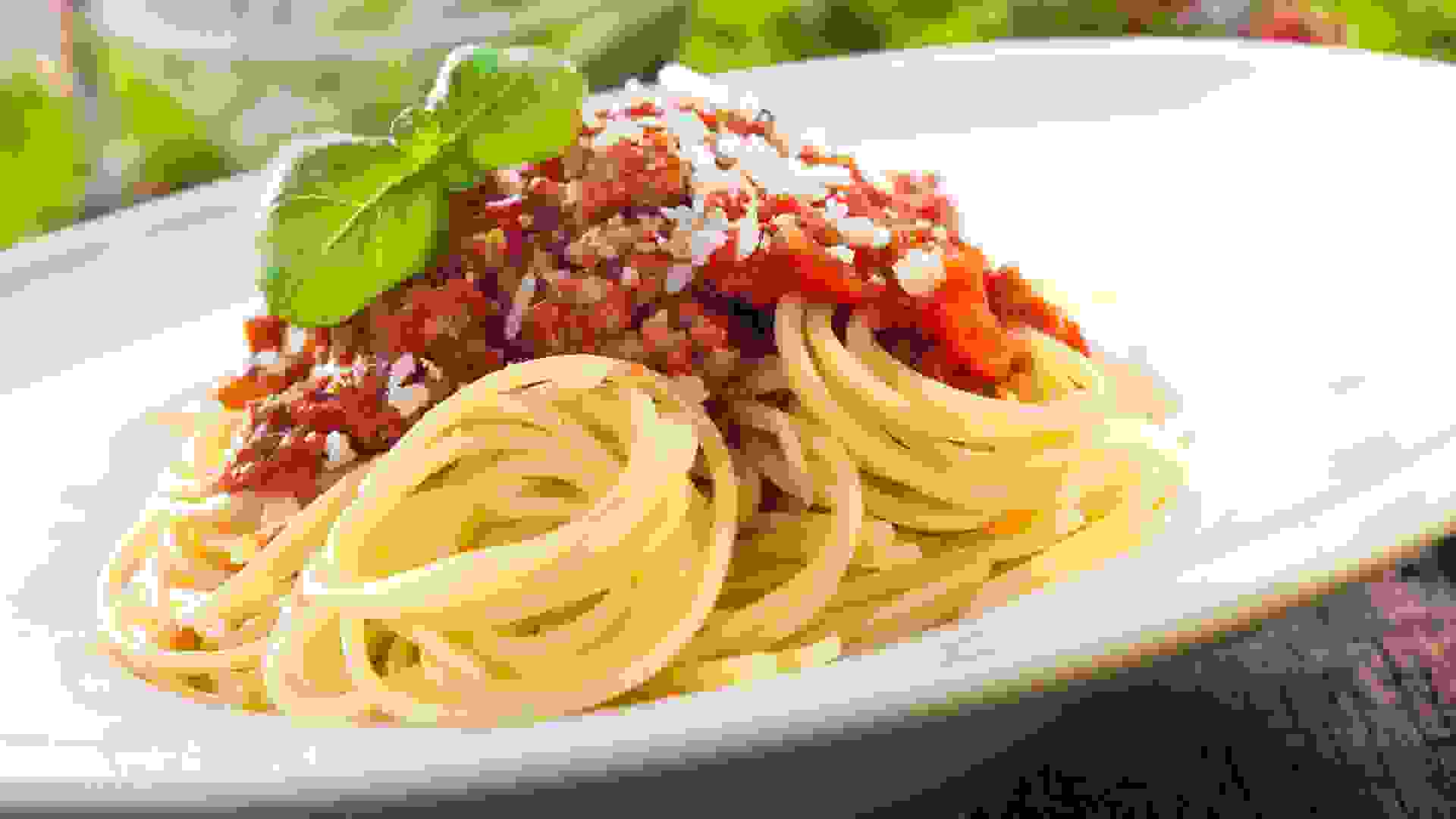 Most dishes that use staple foods as the base ingredient, such as the rice in risotto and pasta in pasta dishes, are usually some of the biggest profit margin items in restaurants. Take pasta, for example.

Most pasta dishes, such as spaghetti Bolognese, typically cost between $2 and $3.50 to make, whereas a casual Italian place like Olive Garden might sell it for around $9 — that’s about a 350% increase. And when restaurants add extras, like basic sautéed mushrooms and olives, the profit margins only increase. 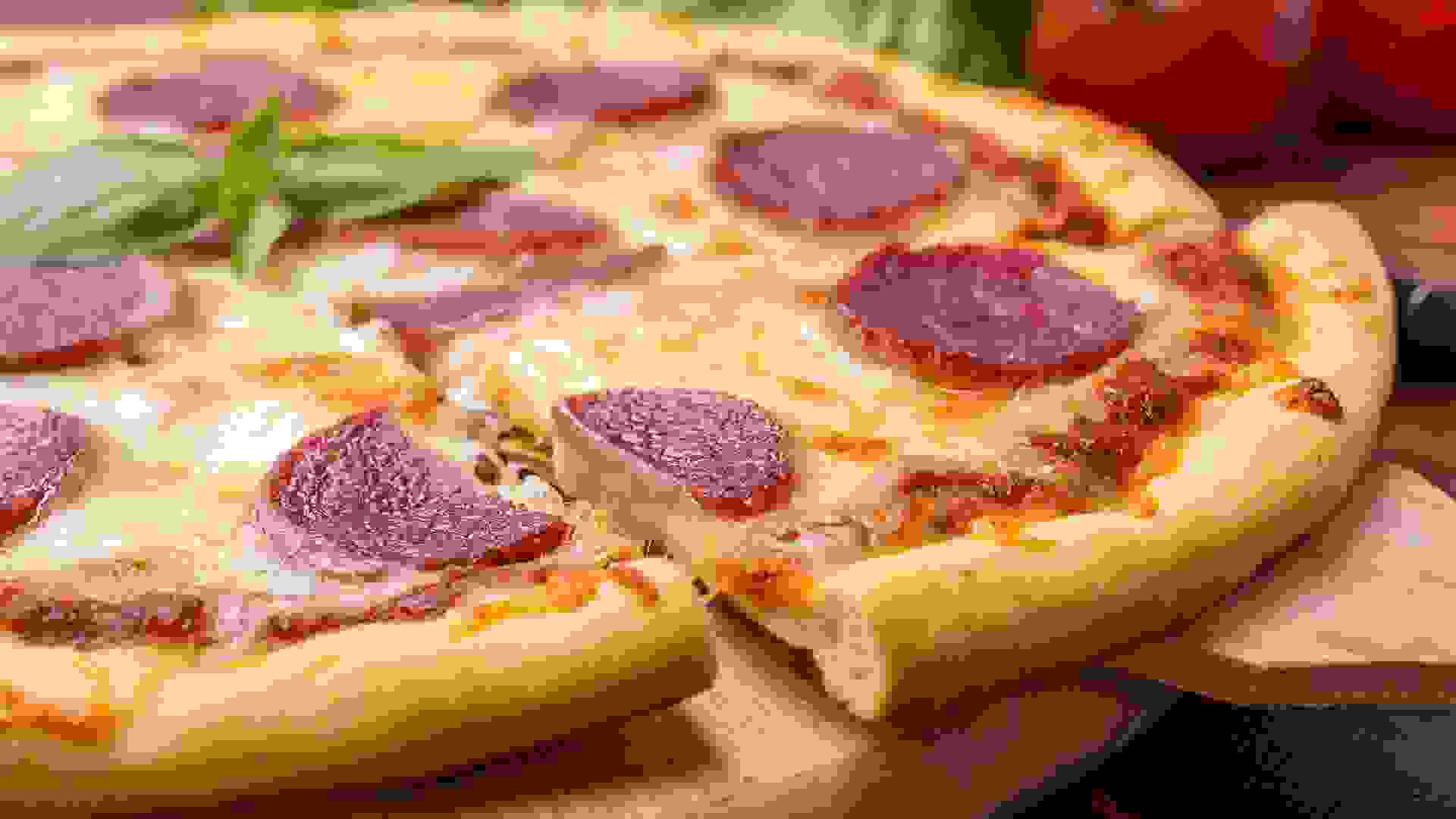 The cost of pizza varies with the restaurant’s size, location and overhead, such as sit-down versus carryout operations. But those factors don’t affect how much it costs to make at home, so it’s a safe bet any pizza you make at home costs less than its carryout counterpart.

A regular carryout medium cheese pizza costs between $5 and $12 or more, but you can make one at home for about $1.87. And when it comes to extra toppings, you can save even more. A carryout pizza with pepperoni might cost $14.50 at a place like Cheesecake Factory, but it will only cost you about $2.87 at home. Then again, you can’t really put a price on having your favorite pie delivered when you’re Netflix bingeing. 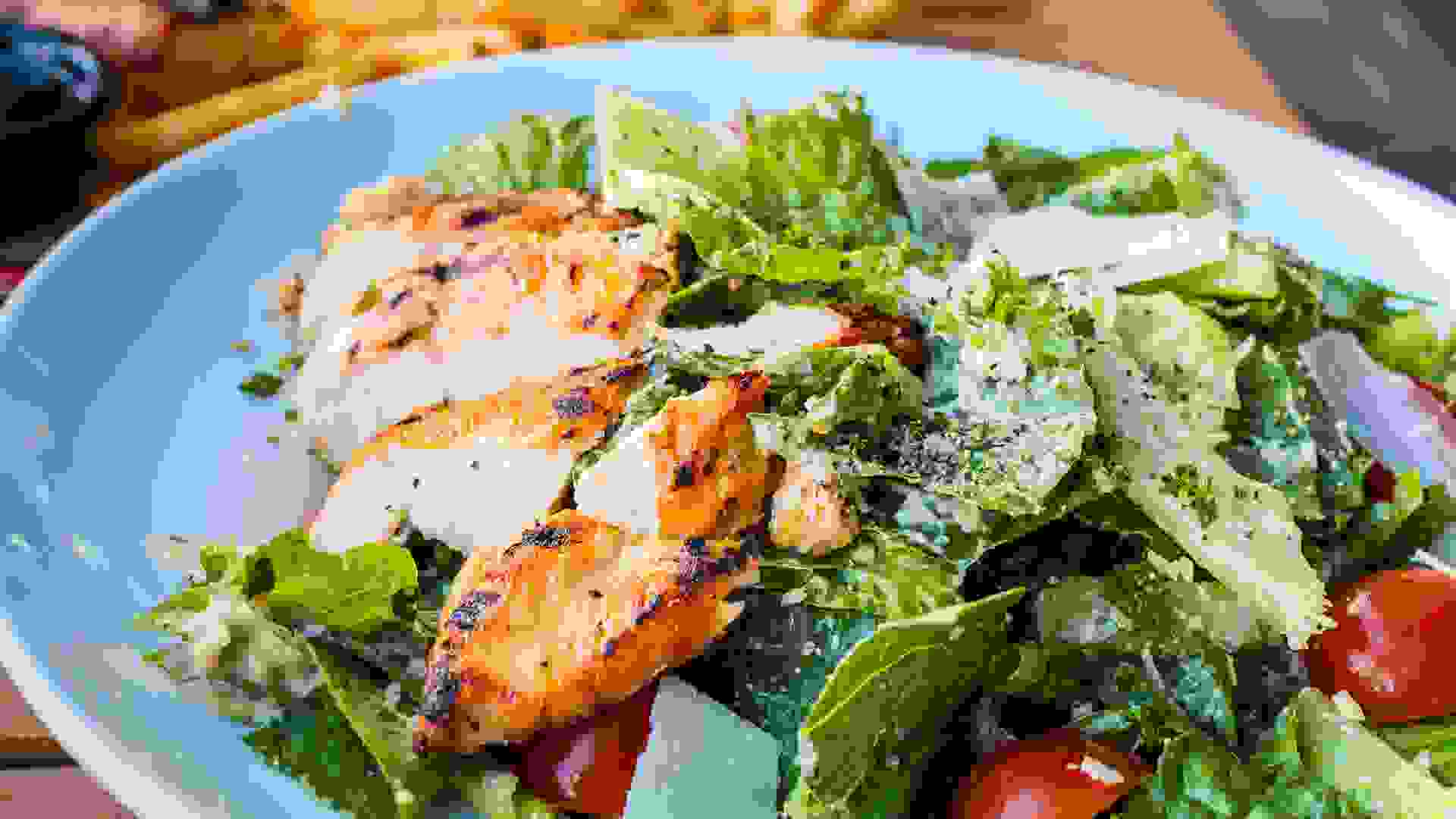 Salads tend to be the more moderately priced items on a menu, but they play a significant role in helping a restaurant meet food costs. Take a chicken Caesar salad, for example, a staple of the casual theme restaurant menu. Chicken Caesars typically cost around $10 to $12 at places like Applebee’s, and consist of an 8-ounce chicken breast, 2 cups of chopped romaine, 2 ounces of Caesar dressing, a pinch of shredded Parmesan and about a quarter-cup of croutons.

You can make the same salad with the same quality ingredients at home in about 20 minutes for $3.12 — a 284% savings. You won’t get the casual theme restaurant ambiance at home, but if that’s what you’re going for, play a mix of ’80s and ’90s soft rock in the background and make your teenage children wait on you. 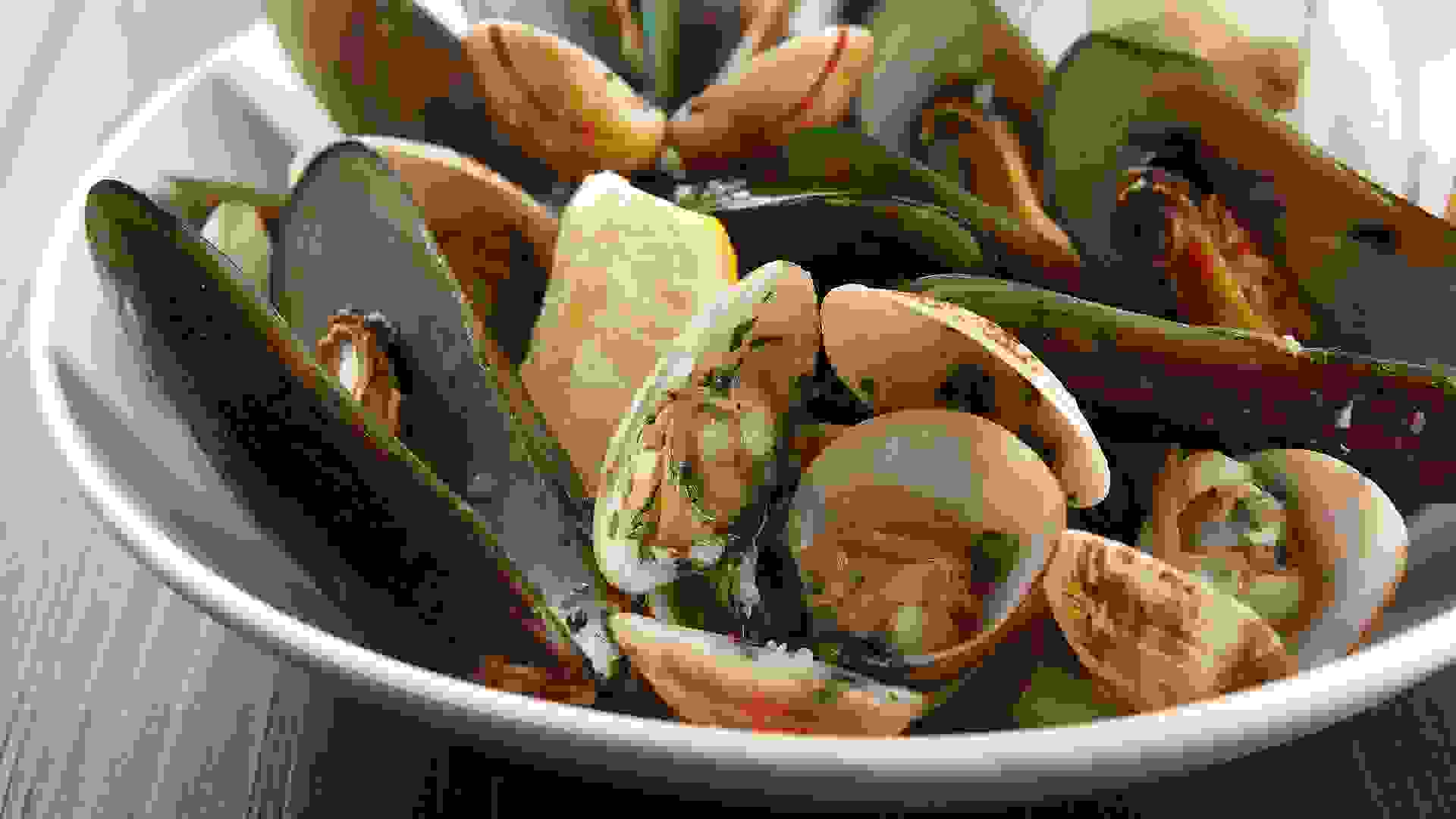 Unless you dine in a restaurant that serves freshly harvested seafood — think any respectable establishment in proximity to the coast — you’re paying a significant dinner markup on bivalves and crustaceans simply for the perception of luxury.

If a restaurant sells $1 or $2 worth of shellfish or chicken in two separate starters, for example, the appetizer with the shellfish will cost more, even though the kitchen paid the same for the raw ingredients used in both, Forbes reported. A shrimp cocktail at a place like Red Lobster costs $10.49. That’s almost 10 times more expensive than making it at home for $1.61. 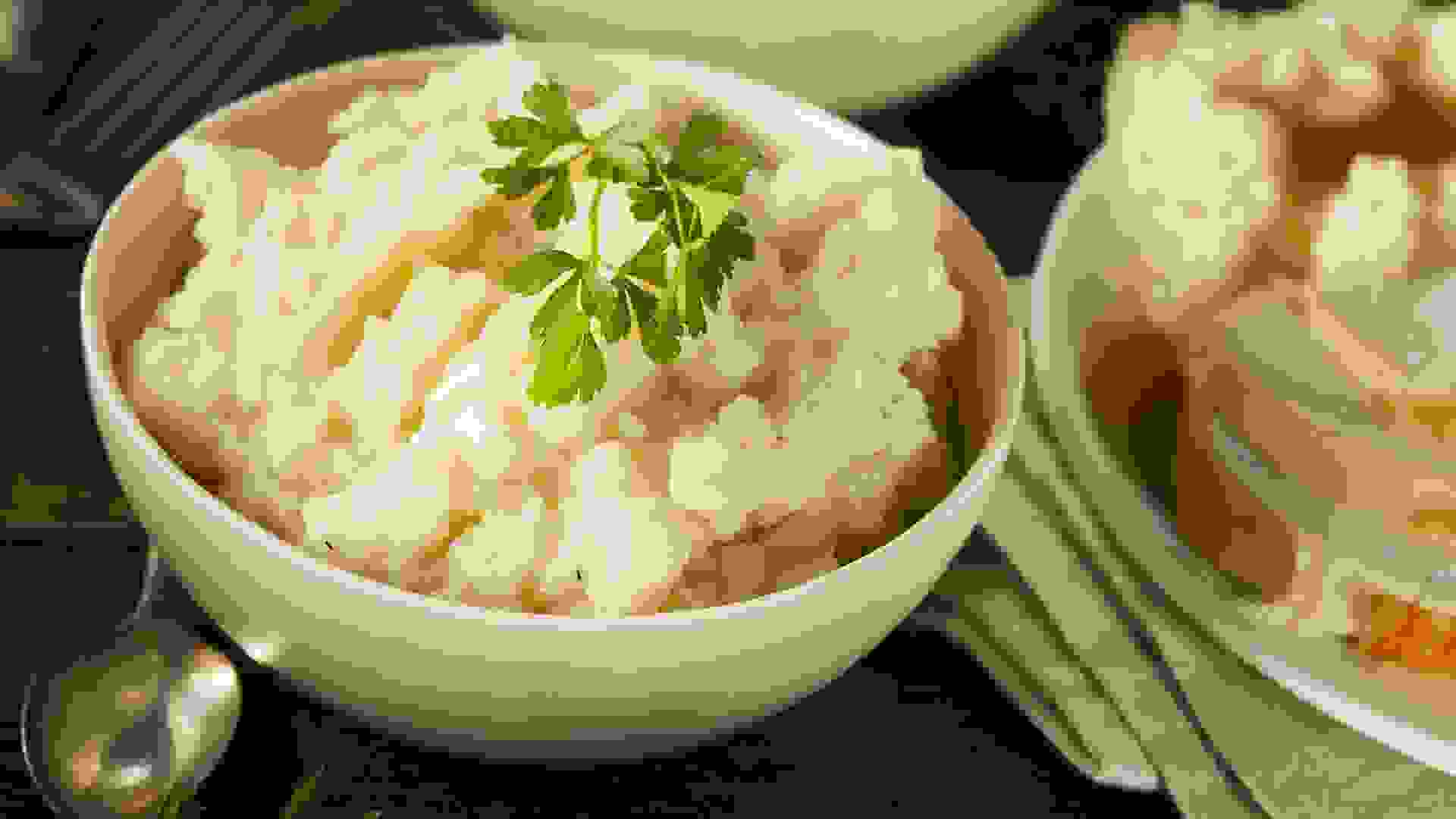 Side dishes turn as much profit for restaurants as anything else. If you see a side of steamed broccoli, rice pilaf, spinach or mashed potatoes on a menu, those foods are part of one or several other dishes on the menu. Since these items are already on hand for use in other dishes, offering them as side dishes is just another way to use existing stock.

Restaurants like Ruby Tuesday charge around $2.69 for an 8-ounce scoop of mashed potatoes. You can make 5 pounds of homemade mashed potatoes for around $4.64. At 46 cents per serving at home, it costs nearly 485% more in a restaurant. 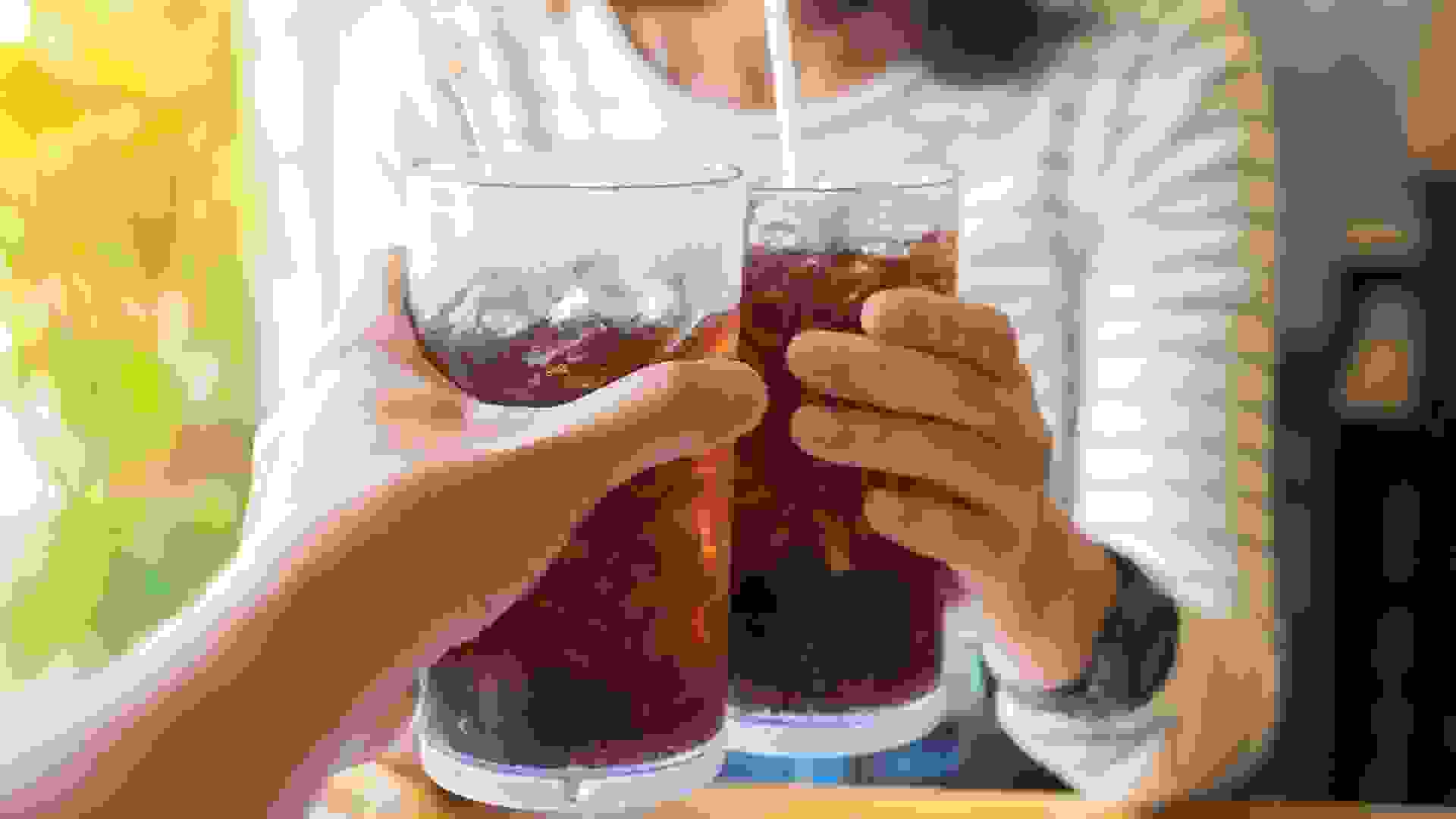 Restaurants pay pennies on the dollar for non-alcoholic beverages. The price diners pay is significantly higher, though.

According to Business Insider, a can of soda costs a mere 16 cents. The typical restaurant markup for a glass of the fizzy stuff is a shocking 1,150%, however. That’s a good reason to drink more water. 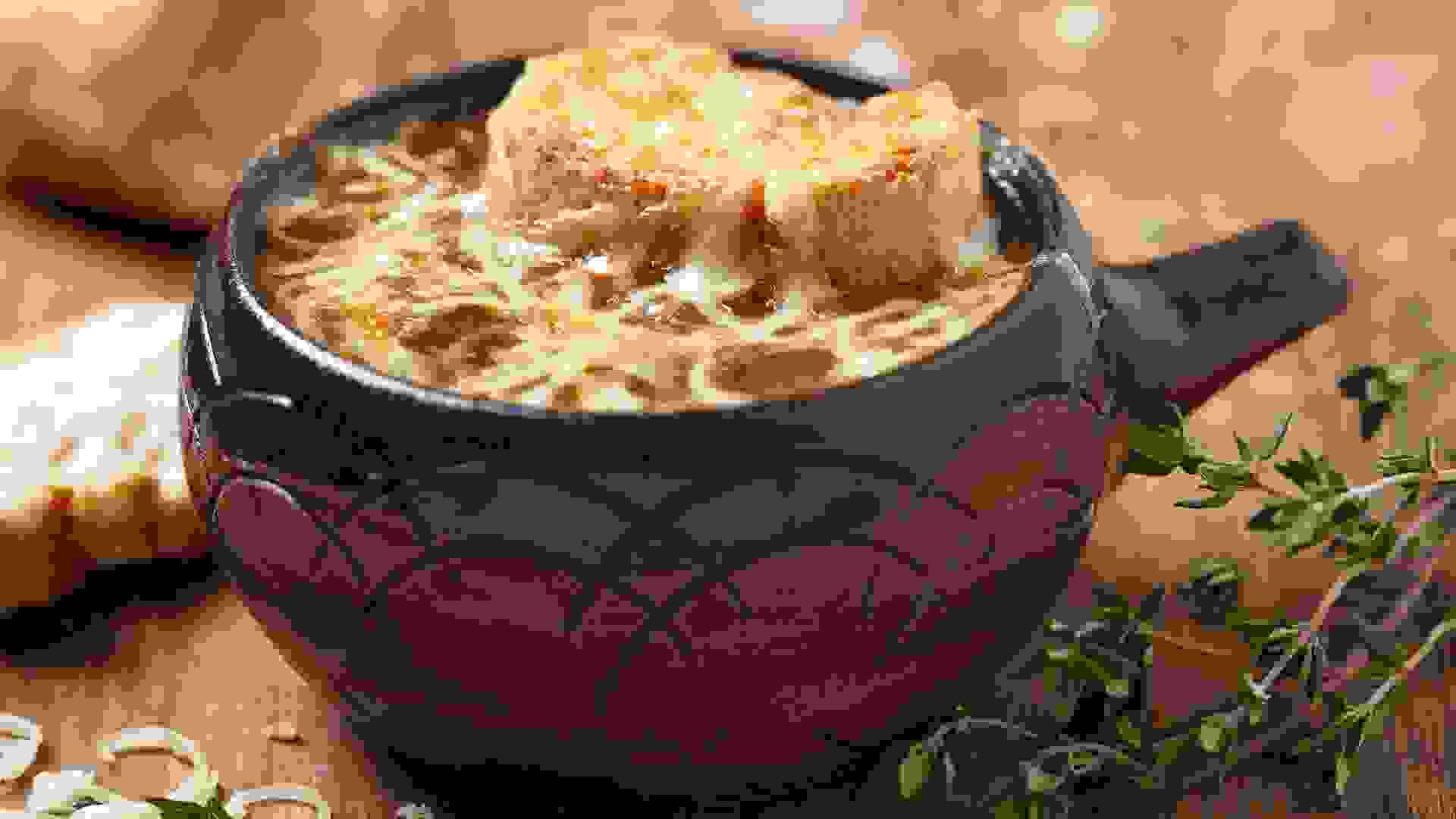 Professional kitchens exemplify economy of waste. Vegetable scraps, meat trimmings and just about anything clean but non-servable gets repurposed. About half of the vegetables used to make large vats of stock come from the prep cooks’ daily collection of usable trim, so the stock used in most soup bases costs practically nothing, other than the labor used to create them. If a restaurant makes chicken stock, they simply roast the bones left over from breaking down chickens and add them to vegetable stock.

An 8-ounce bowl of French onion soup, for example, costs about $5.50 at a casual restaurant. At home, you can make eight servings of Julia Child’s renowned French onion soup — Gruyere cheese included — for about $22, or $2.75 per bowl, which is 100 percent cheaper than its restaurant counterpart. 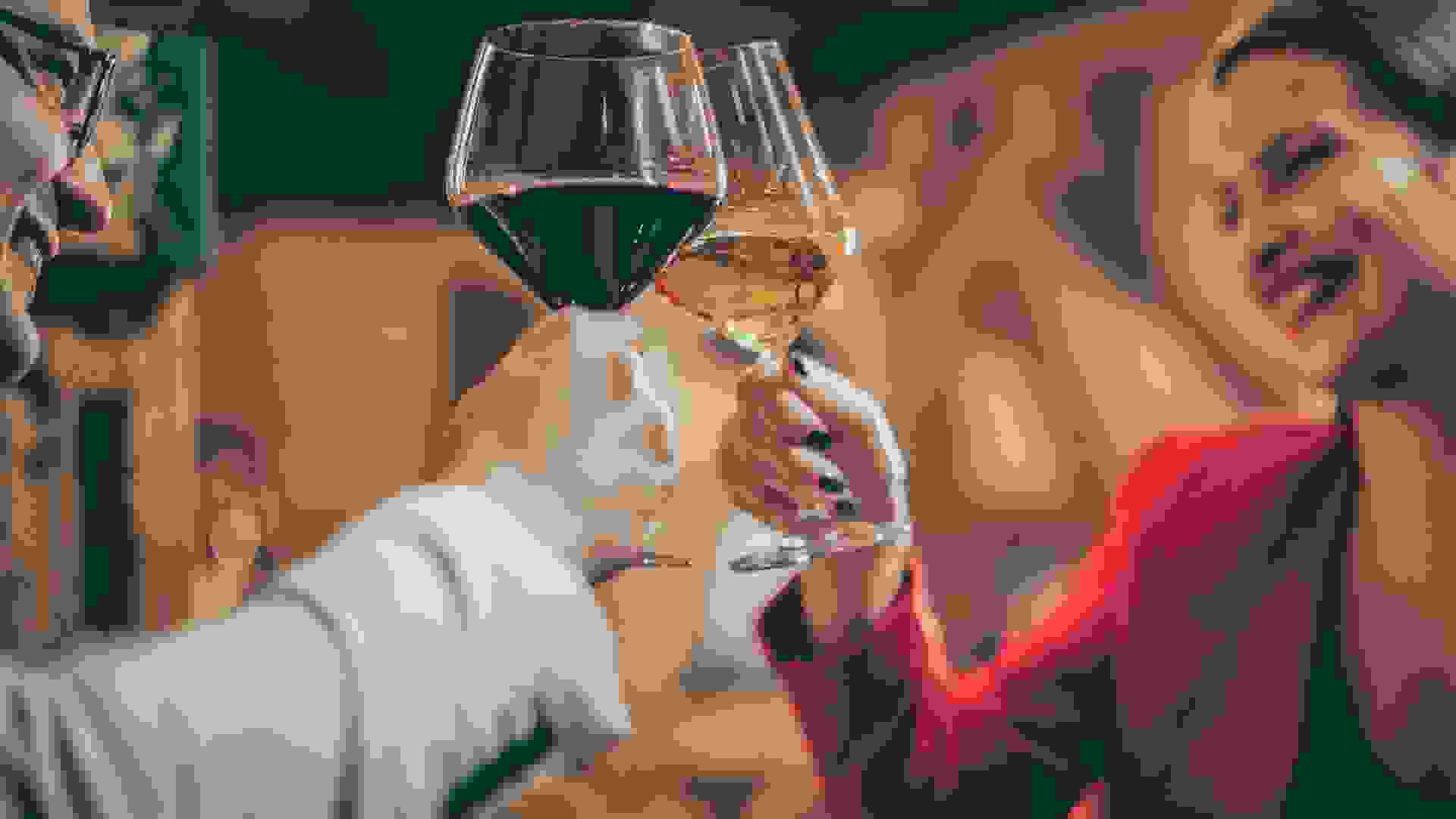 Restaurants earn a higher profit margin on wine than they do on food. On average, restaurants charge at least 300 percent of the wholesale cost for each bottle, according to VinePair. Other than avoiding ordering wine altogether, you have one option for paying retail costs for wine you’ll drink in a restaurant — bring your own bottle.

Most restaurants allow you to bring your own bottle of wine for a corkage fee, which usually ranges from $20 to $40. Corkage fees save you money, but only when you bring an expensive bottle. For example, if you bring an $80 California Bordeaux blend that the restaurant sells for $200, a $20 corkage fee proves economical. 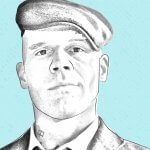 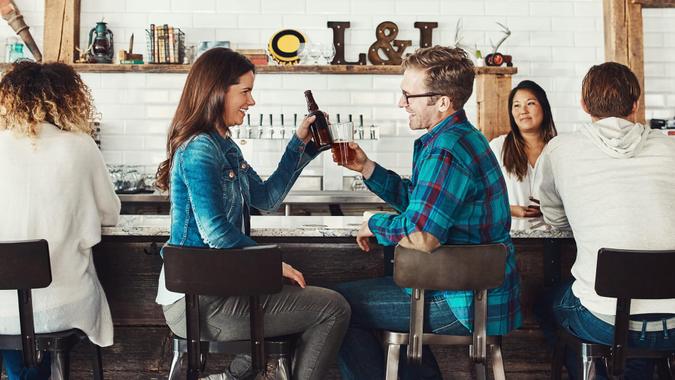 > Saving Money > Food > Here's How Much Restaurants Mark Up Your Food