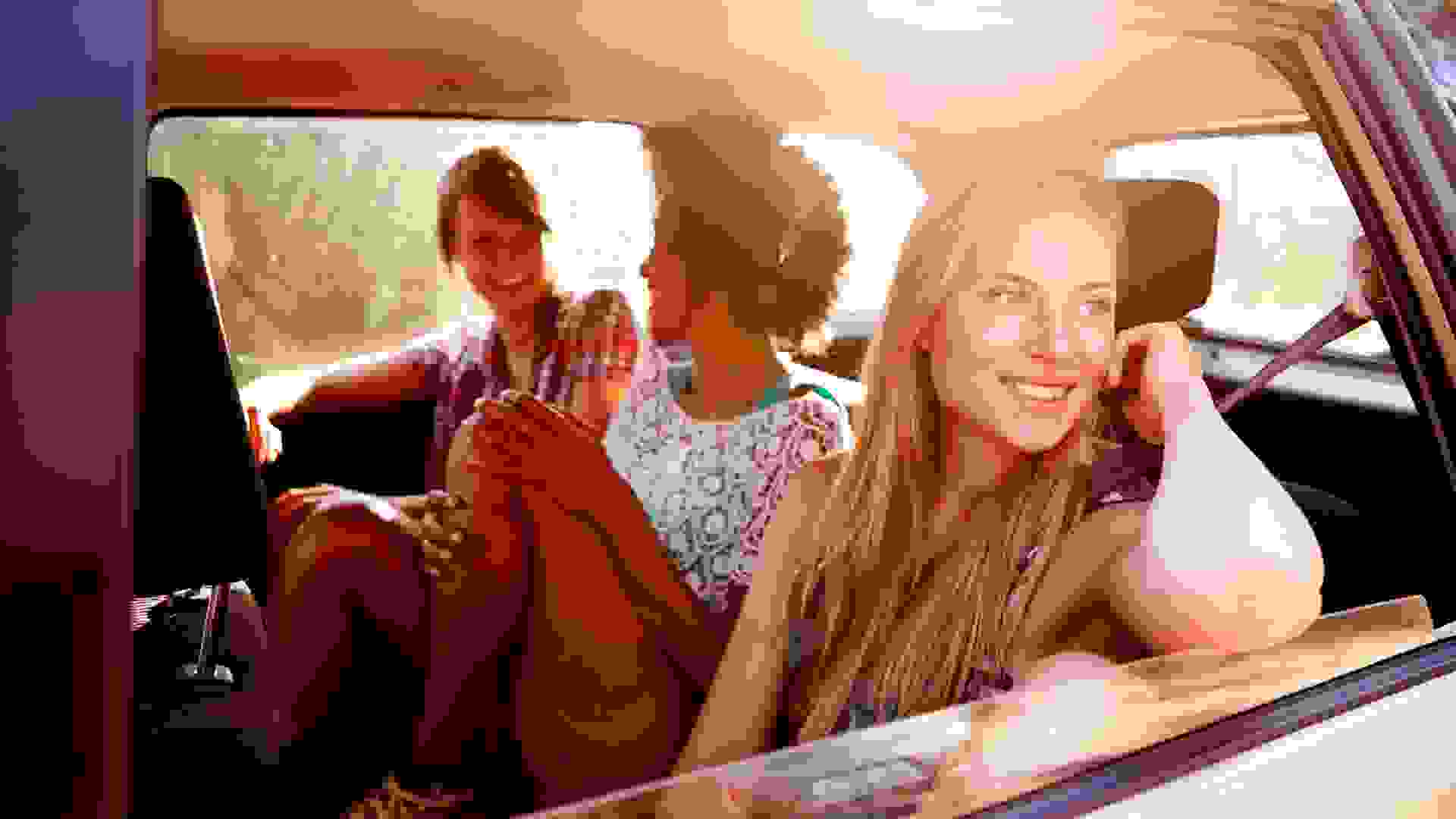 Are you tired of working the same job you’ve sworn to quit countless times? You might be stuck in a rut — and your more successful friends have noticed. You might envy their Saturday morning hikes and large retirement accounts, but it might simply be a result of not approaching problems or opportunities like they do.

Check Out: 12 COVID-Proof Money Tips From Financial Planners
Find Out: 10 Ways To Bounce Back From a Heavy Spending Month on Your Credit Card

If you’re wondering what your successful friends are thinking about the way you manage work and money, take a seat because here is what they’re not telling you. 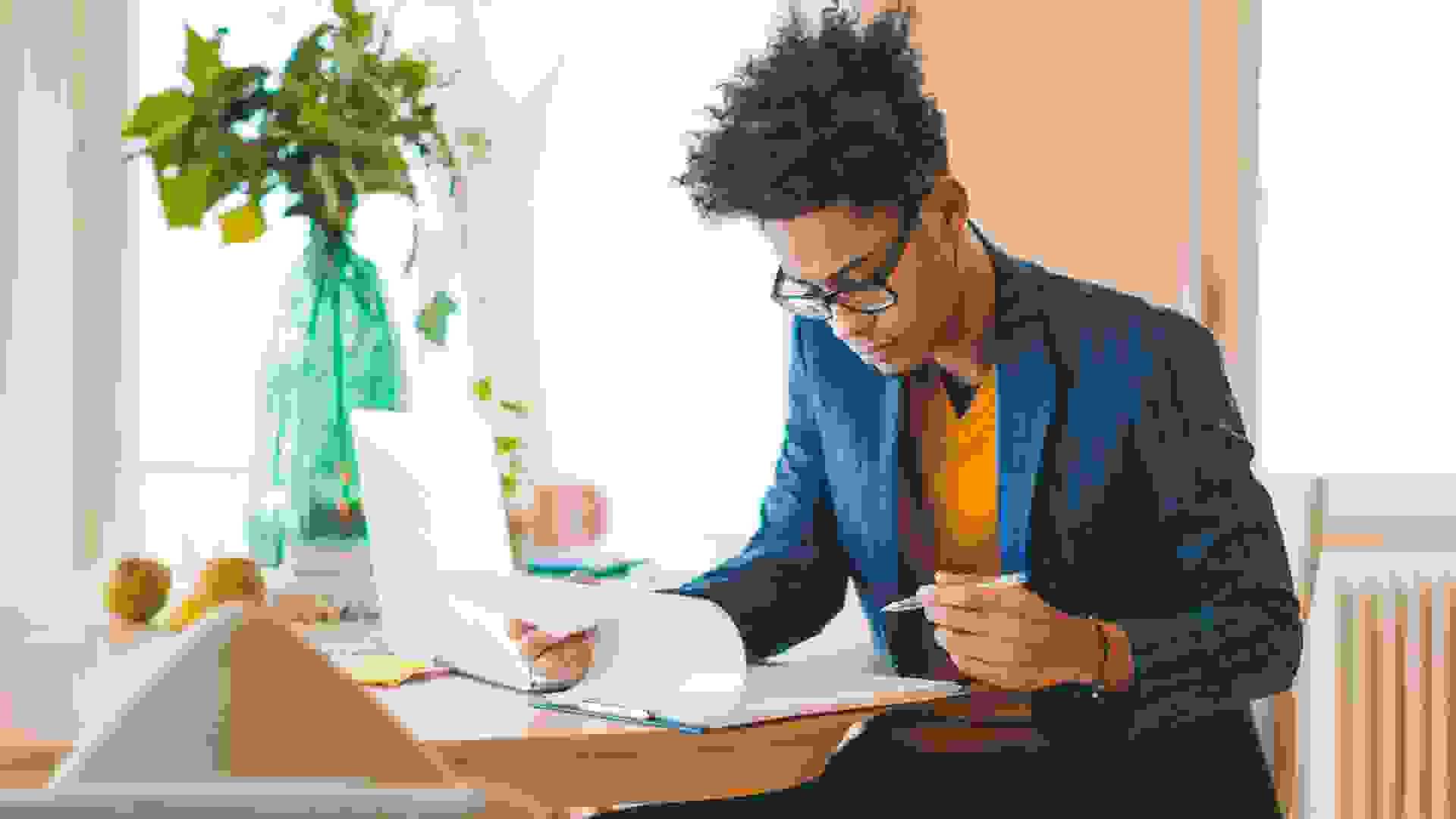 You Need To Budget

You know that friend you’re always hitting up for money? Well, that friend thinks you’d really benefit from a budget. Fortunately, making one just takes a little commitment.

“Find an app or system that works well for you, such as Mint, You Need A Budget or just an Excel spreadsheet,” said Kate Holmes, a certified financial planner and Belmore Financial founder. “Import the last few months of all checking, debit and credit card transactions, and see where things are at. You’ll likely be surprised by some of the category totals.”

Holmes encourages you to consider how much happiness each budget item brings you, as means of tracking down unnecessary expenses. Here’s a breakdown she recommends:

Budgeting Guide: How To Create a Budget You Can Live With 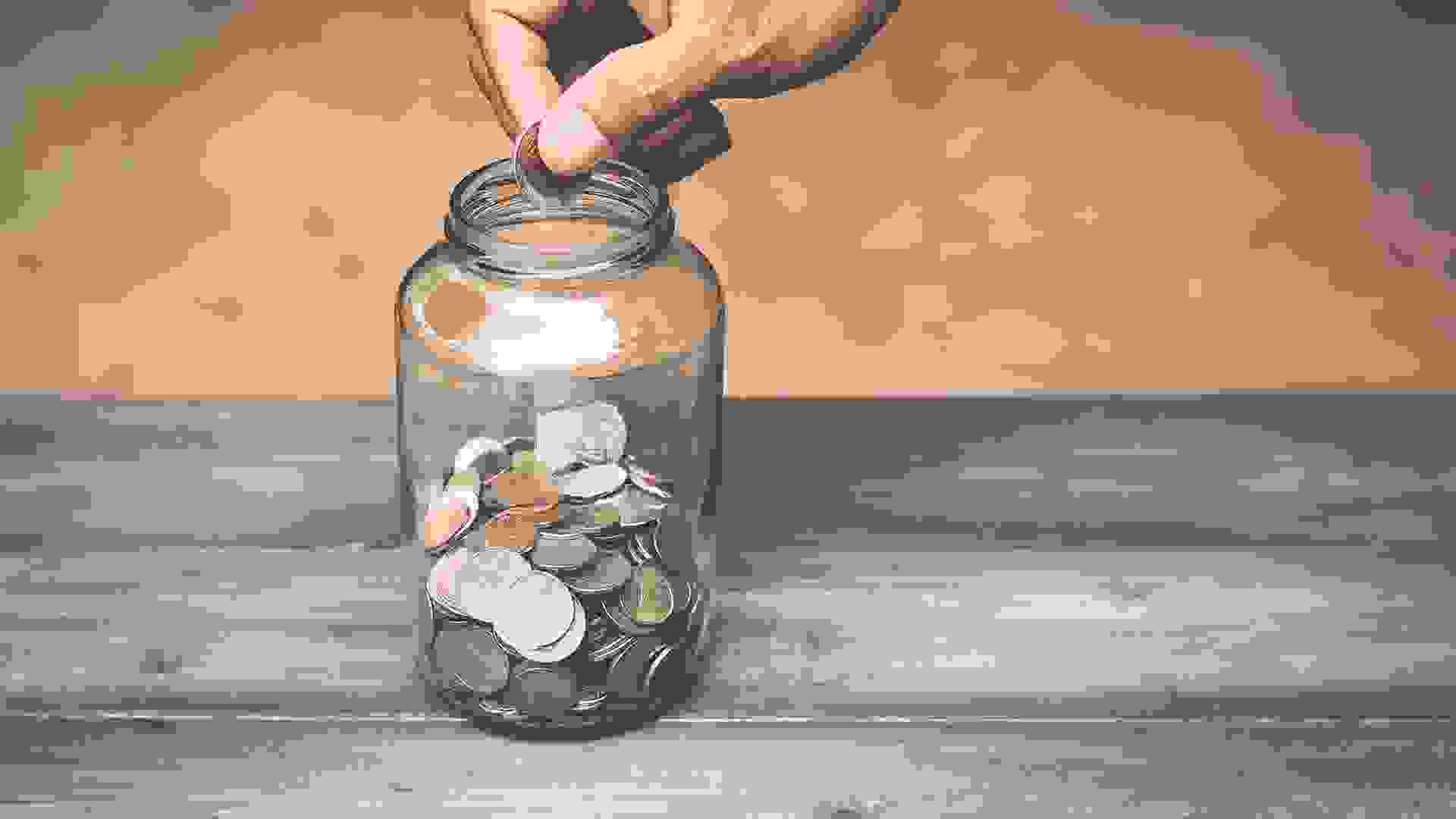 You Don’t Save Enough

Bad news for those dreaming of retirement: Most of us won’t be retiring in style if we rely solely on Social Security benefits. In 2017, the average monthly Social Security check was just $1,369 for retirees. So, what can you do to prevent tarnished golden years?

Utilize your workplace retirement plan and take advantage of your employer’s matching program, said consumer finance expert Kevin Gallegos, vice president of Phoenix operations for Freedom Financial Network. Gallegos recommends saving 10% to 15% of your gross pay for retirement. If you can’t swing that, just start with what’s manageable for you.

Read: 16 Effective Ways To Trick Yourself Into Saving Money 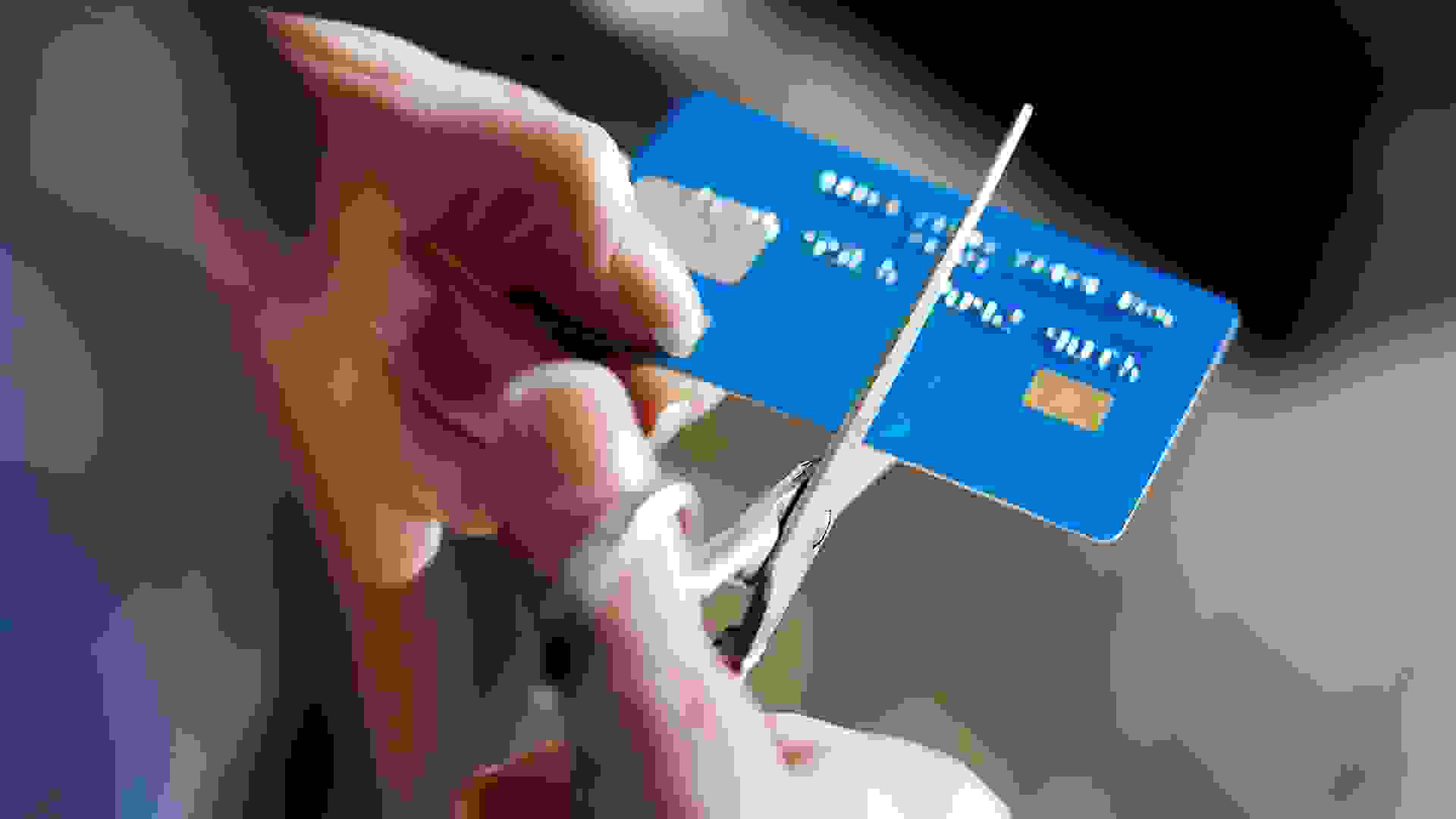 You Have Too Much Credit Card Debt

The financially savvy see credit cards as a convenience, not a debit account. A GOBankingRates survey found that 50% of Americans have credit card debt. If you carry a high balance month to month and have high interest rates, you’re paying a premium for the same purchases your debt-free friends make.

Dodge debt and avoid using credit cards except in emergencies. “Few, if any, investments will return as much,” said Gallegos. “Having no credit card debt provides a financial cushion itself.” If you’re having trouble doing this, you can check out some ways to avoid or get out of credit card debt 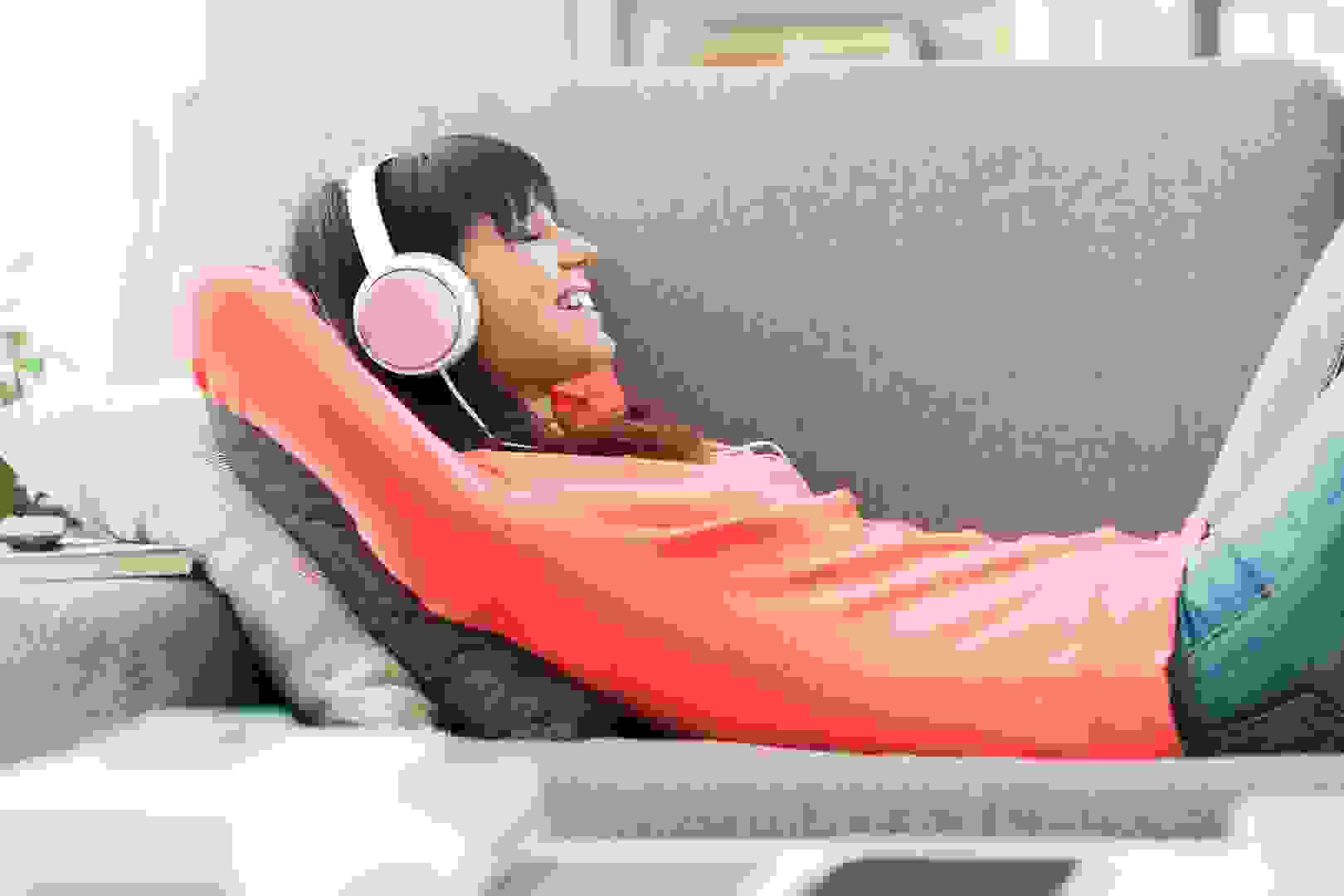 Passive income is a key differentiating factor between financial struggle, and investments like penny stocks or Bitcoin alternatives don’t have to break the bank. As Cardan Capital financial advisor told U.S. News and World Report, “This allows (you) to generate income or grow assets even when (you) are not sitting in the office.”

If speculation isn’t your game and entrepreneurship isn’t your bag, invest what you can in small business — either way, investing makes your money work for you.

A Beginner’s Guide: How To Invest In Stocks 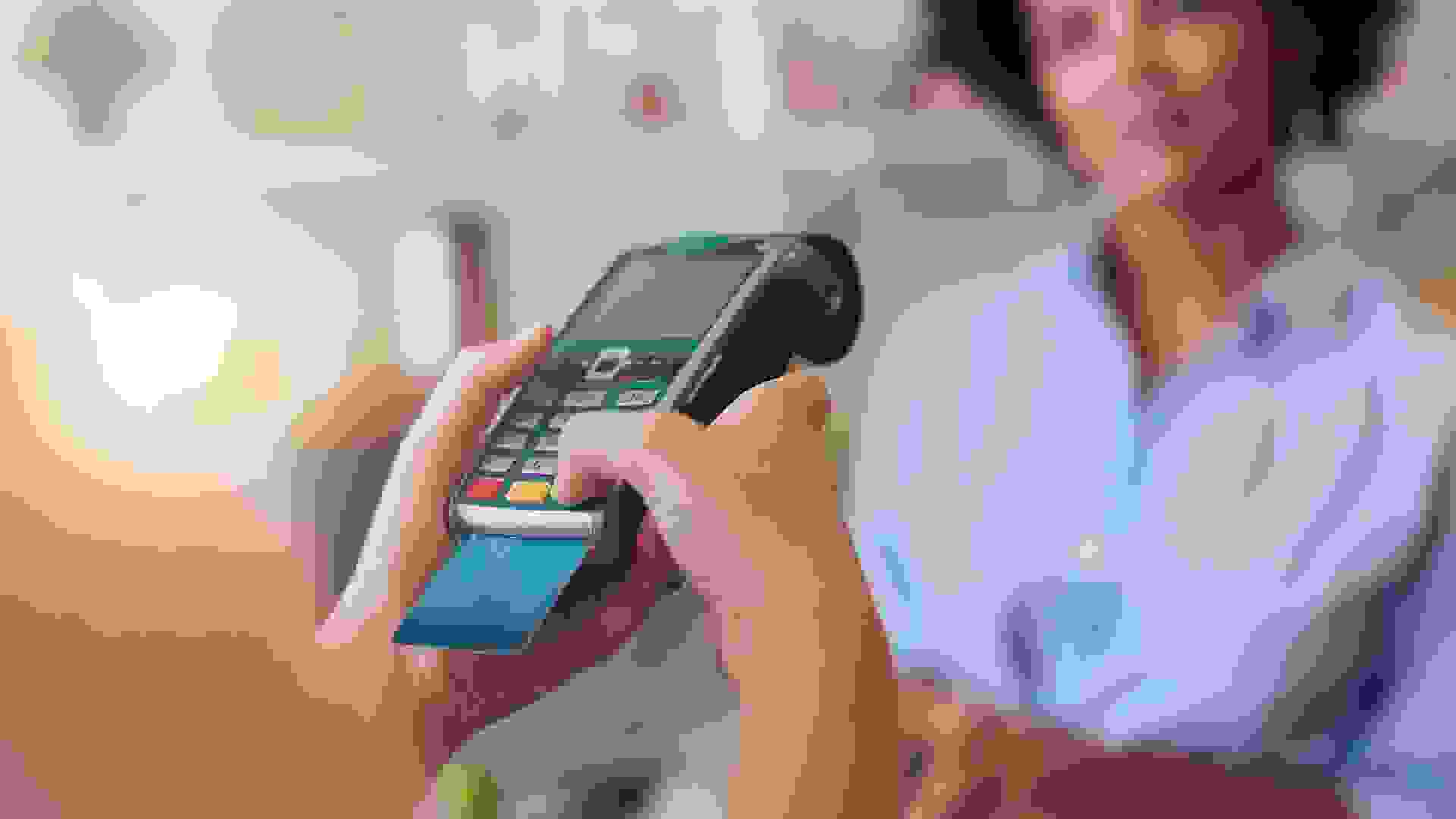 You Never Consider the Opportunity Cost

Every single purchase you make has two costs: The price you pay for the product or service and what you give up when you make that purchase. Folks in finance call the latter the “opportunity cost.” You bought the shoes, so now you can’t afford that contribution to your IRA.

Billionaire investor Warren Buffett often quotes his partner and self-made billionaire, Charles Munger, when speaking about opportunity costs, calling them “mistakes of omission.” In regrettable moments, the duo didn’t invest in something when they should have or weren’t able to because their money was tied up elsewhere. Like those shoes, the mistake lies in the opportunity omitted when you don’t consider the opportunity cost. 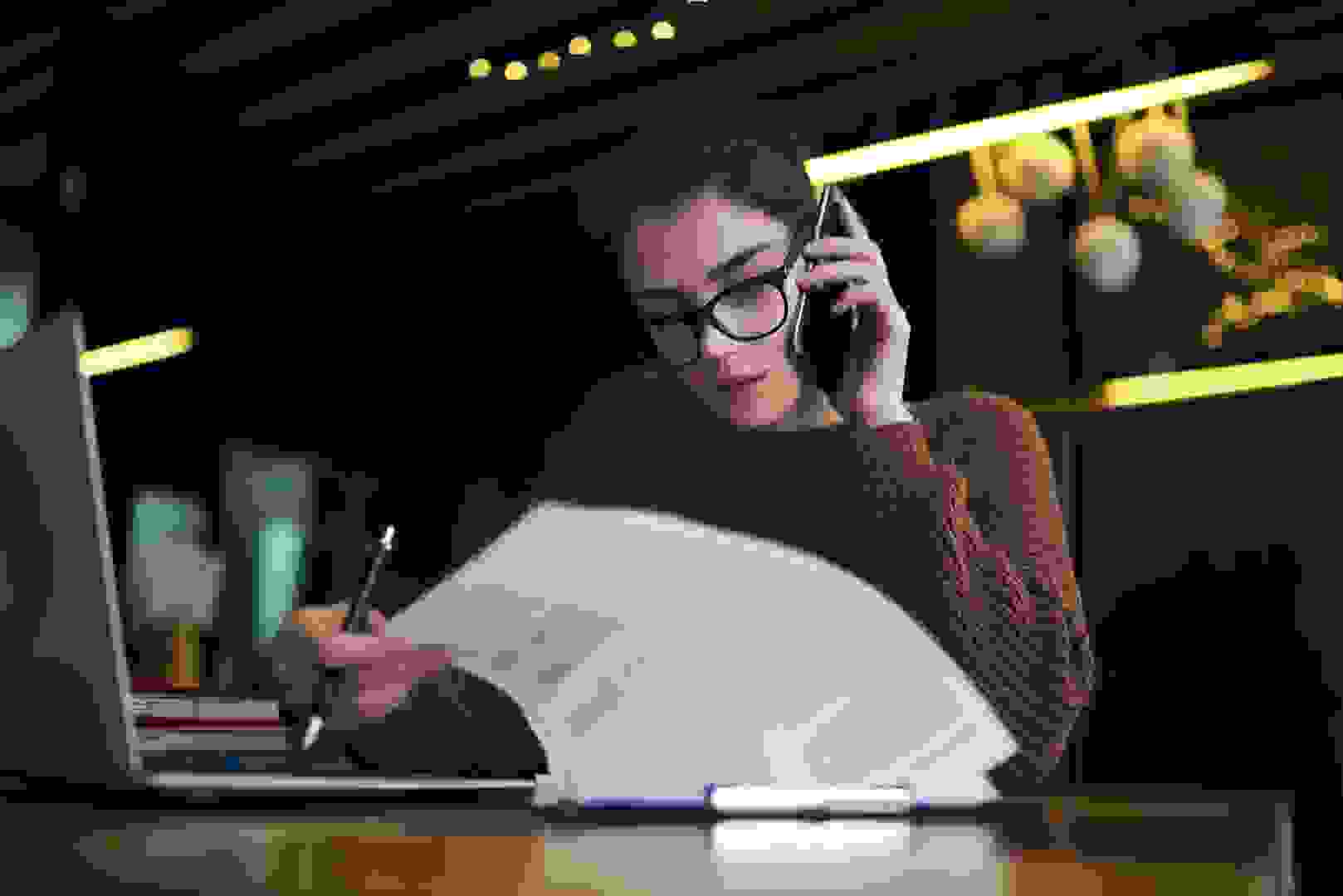 Self-made millionaires don’t have all those commas in their bank account balances based solely on their own genius — they had the good sense to seek out help from financial planners and money managers. As former BlueShore Financial advisor Steven Batie said, “The first step in developing your financial plan is to meet with an advisor,” citing potential improvements in everything from cash flow to investments to financial understanding.

Don’t understand disintermediation or the efficient frontier concept? Join the club. That’s exactly why we need a pro on our side. 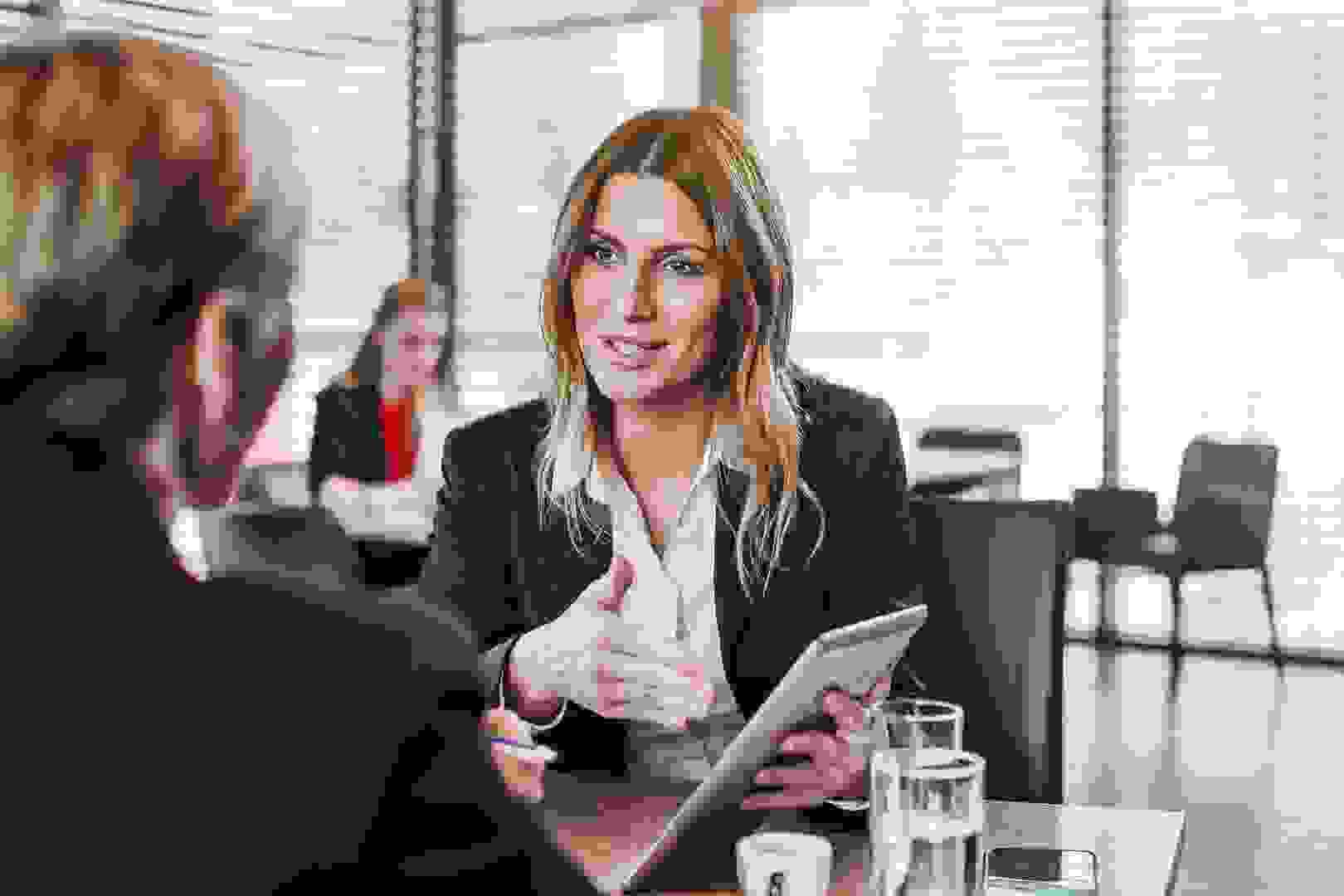 When that coveted paycheck comes in, it’s a whole lot more tempting to splurge on Venti lattes or video games than it is to squirrel away savings.

Instead, automate your financial security. Sit down with your company’s HR department and request that a percentage of every single check goes straight toward your savings or investments. Like bestselling financial author David Bach wrote in “The Automatic Millionaire,” “The truth is, you’re too busy to spend all day thinking of wealth building. You need a system that works while you sleep — a system that is automated.” 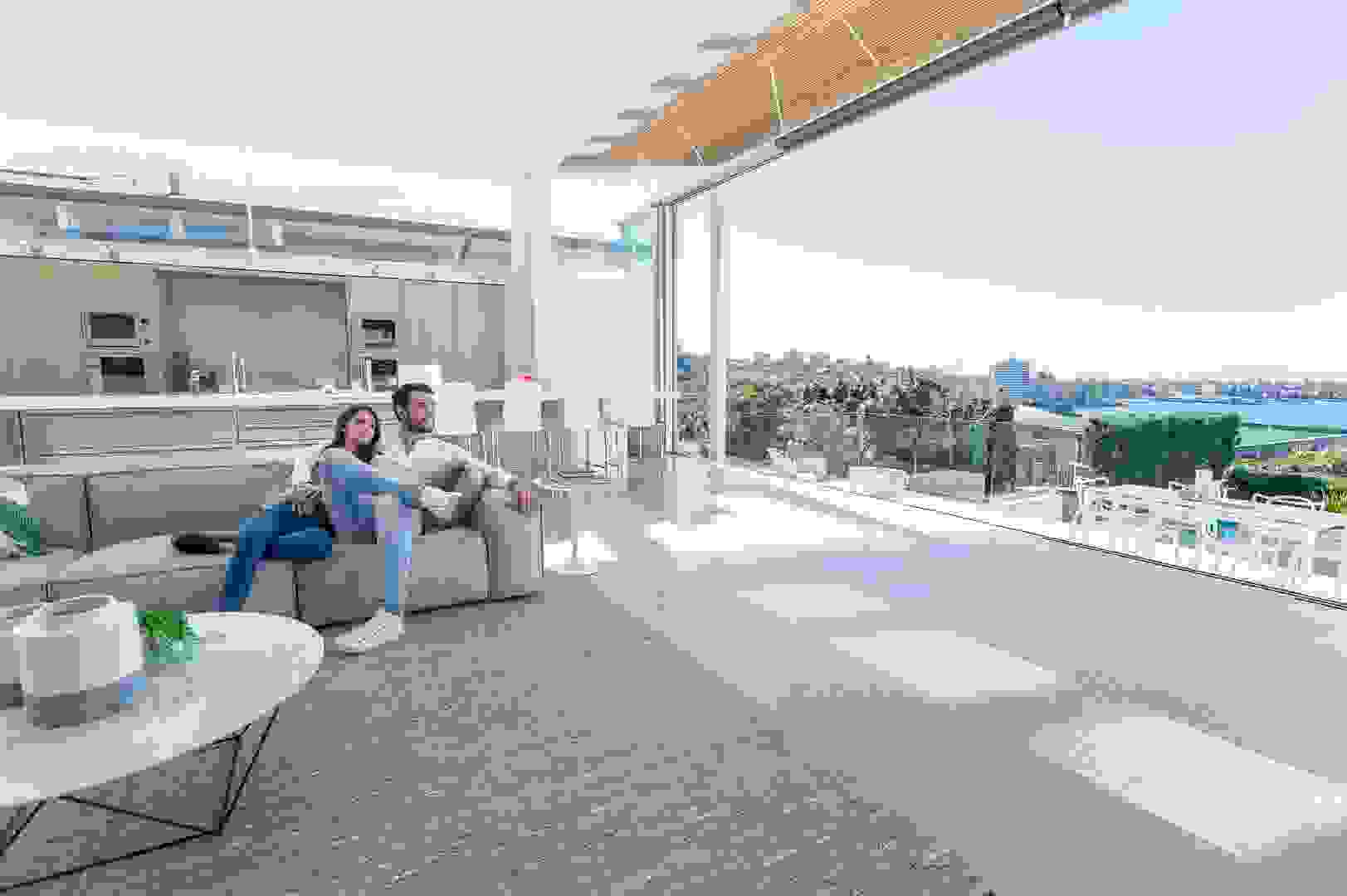 You Live Above Your Means

According to Business Insider, Warren Buffett still lives in the home he bought for $31,500 in 1958, Mark Zuckerberg drives a Volkswagen hatchback and IKEA founder Ingvar Kamprad often takes the bus to work. Their net worths range from about $40 billion to $60 billion, so if money isn’t the reason for these cutbacks, what is?

Simple frugality. Some of the richest people on earth recognize that living below your means is essential to financial sustainability. Take Bill Gates, for instance, who famously said, “I can understand wanting to have millions of dollars, there’s a certain freedom, meaningful freedom, that comes with that. But once you get much beyond that, I have to tell you, it’s the same hamburger.”

Take a Look: Here’s What’s Considered ‘Rich’ in the US 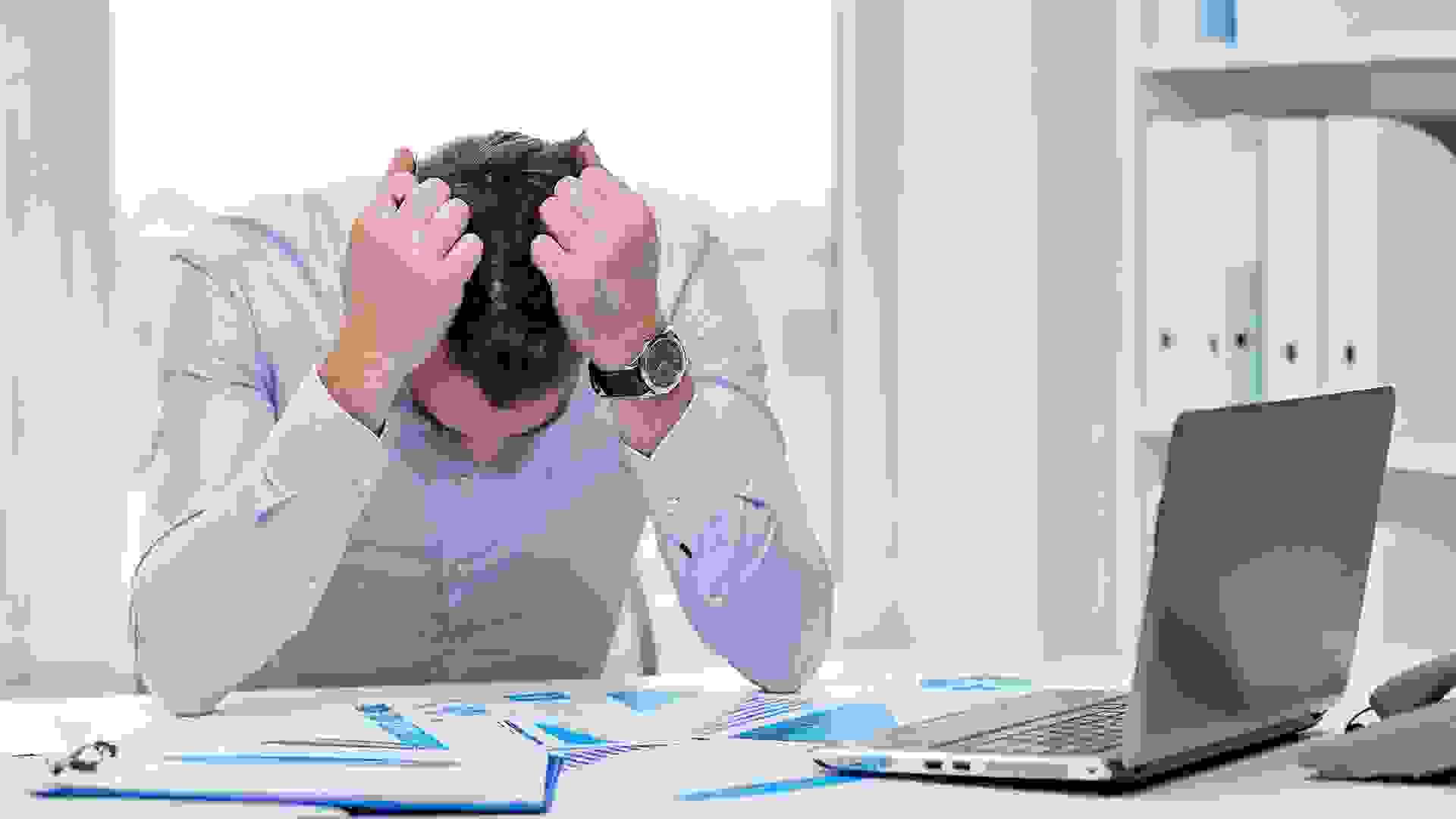 You Give Up Too Easily

If you weren’t born rich, you have to work much harder for your earnings and adopt a strong, steadfast attitude that translates into wealth.

“Look at every successful person across a wide spectrum of industries and activities,” said award-winning marketing advisor John Mulry. “All had their obstacles, demons and downfalls, but their desire to succeed and ability to overcome was greater than anything else. They were willing to stop at nothing to achieve.”

Most friends won’t tell you that you’re a quitter. That means it’s totally up to you to make the hard call, and that is something only winners do. 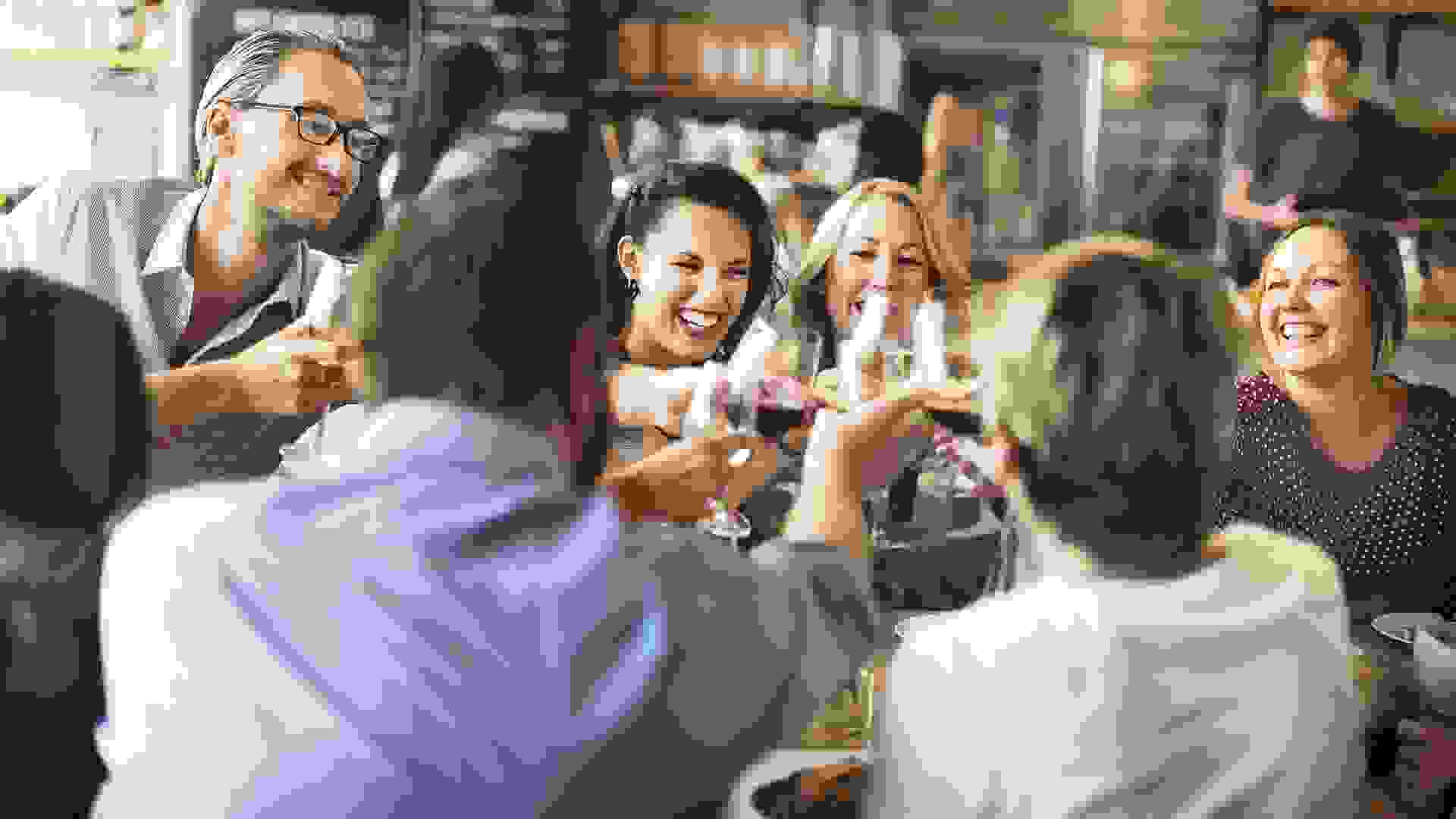 You Eat Out Too Often

Just about everyone loves a Frappuccino in the morning and Chipotle with colleagues in the afternoon. Meanwhile, your brown-bagging coworker secretly knows that you’ve just wasted $25.

In a major metro city, buying a Grande Frappuccino at Starbucks five days a week will set you back about $1,315 per year. But back at home, it costs as little as 27 cents to brew a cup of coffee yourself — that’s an annual saving of $1,245.

Rethinking your Frappuccino yet? 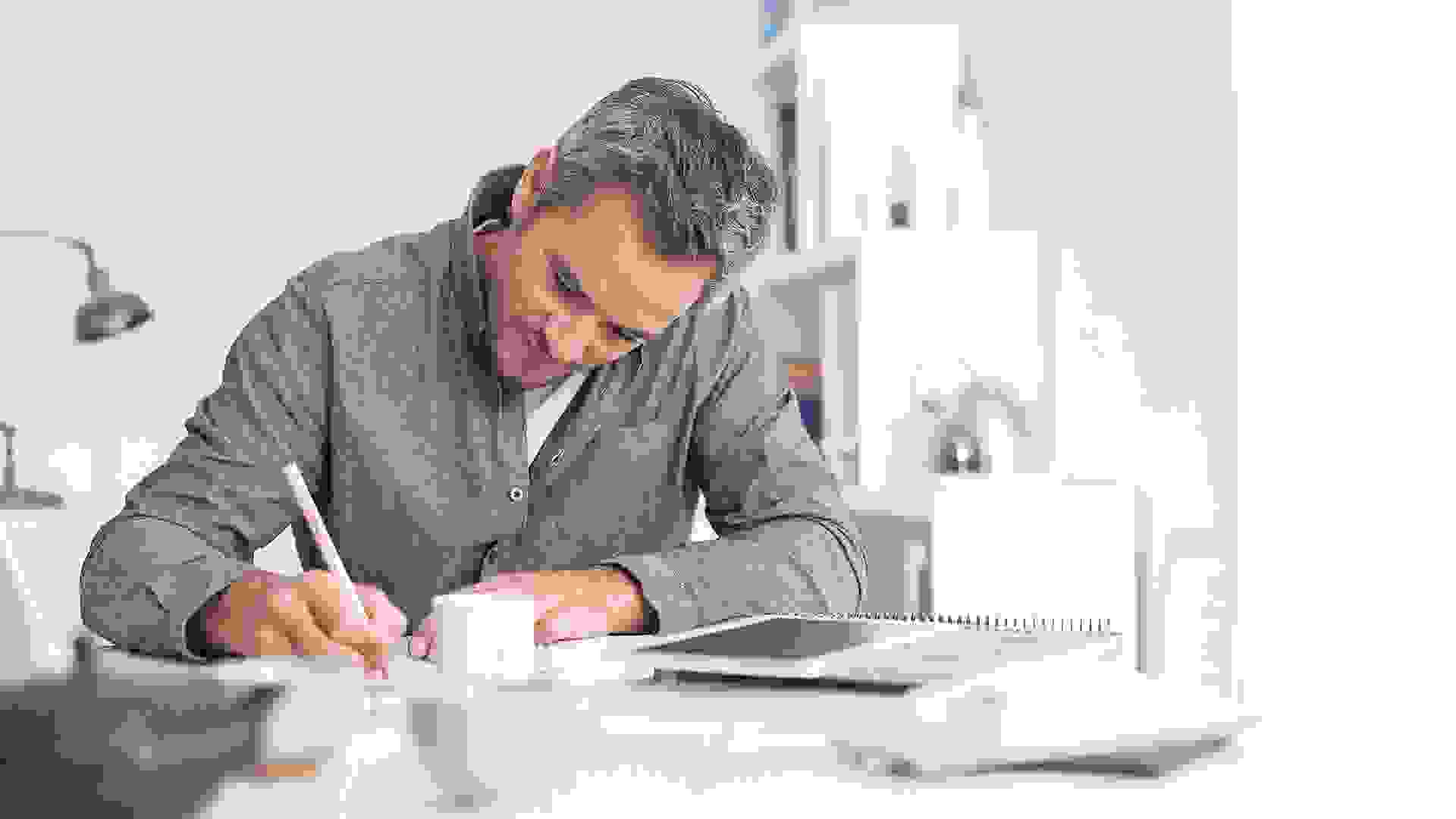 You Don’t Have a Clear Financial Goal

So you’ve got a buddy who runs marathons, climbs mountains and made $1 million before she turned 30. The first thing she’d tell you is that you need a clear goal to accomplish anything and properly manage your money.

“It’s very hard to get where you’re going without knowing where you want to go,” said Gallegos. “Similarly, it’s very hard to save without setting goals. Those goals might include retirement, a vacation, a new piece of furniture, a child’s education or time to train for a marathon.”

Whatever your financial goals, write them down and then budget for them. If you get stuck, call that friend who climbs mountains for advice. 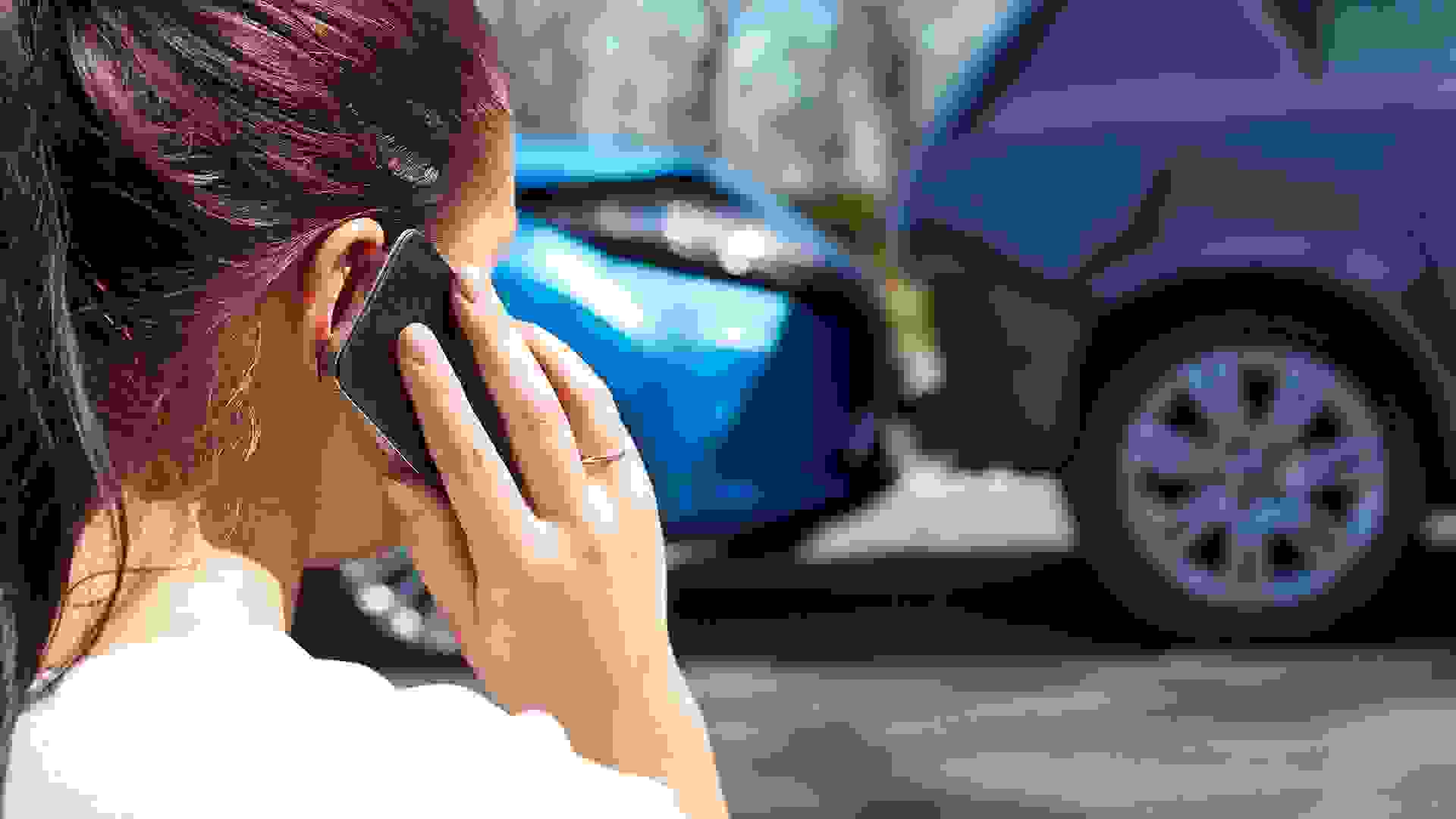 You Need an Emergency Fund

Life has a nasty habit of throwing curveballs in the form of emergency car repairs and unexpected medical bills, among other unwanted surprises. When you’re suddenly treading financial water, your friends are looking on from the life raft and lamenting your lack of financial foresight.

Instead of drowning in new debt, listen to Kate Holmes: Whether it’s a job layoff or worse, you want to ensure you can cover all necessary expenses for three to six months.

Check It Out: Here’s How Much Emergency Cash You Need Stashed If an Emergency Happens 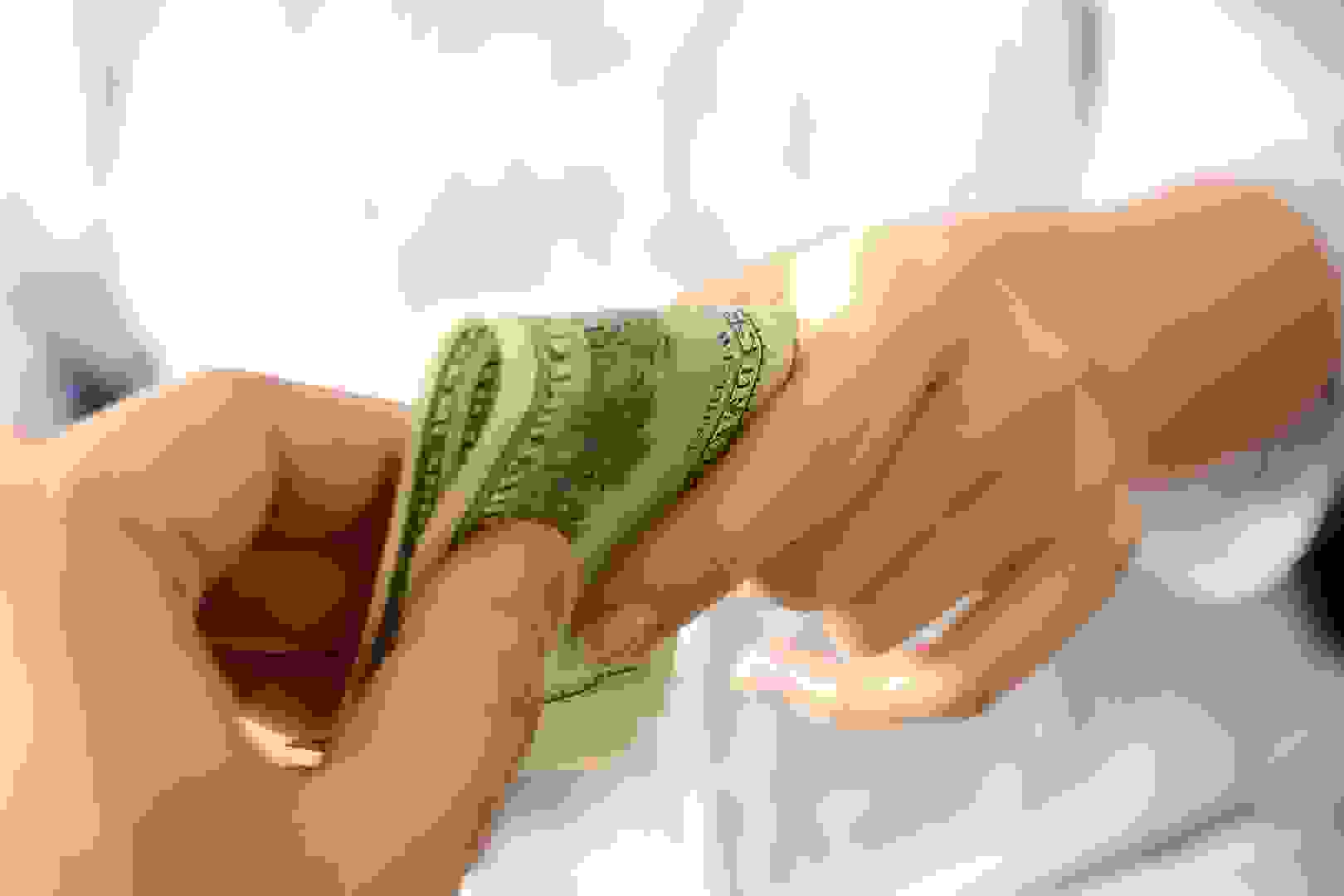 You’re Being Too Nice

This is a tough one (and there might be exceptions just for basic human empathy), but successful people didn’t get to the top by lending people money. LSS Financial Counseling program director Elaina Johannessen lays out it plainly, writing, “We give to others because (it) feels good. It might be difficult to say ‘no,’ but in the end, you have to do what’s best for you and your family.”

Johannessen advises friendly lenders to consider the risks and opportunity costs of lending and to refer struggling friends to resources like local county offices or charitable organizations whenever possible. 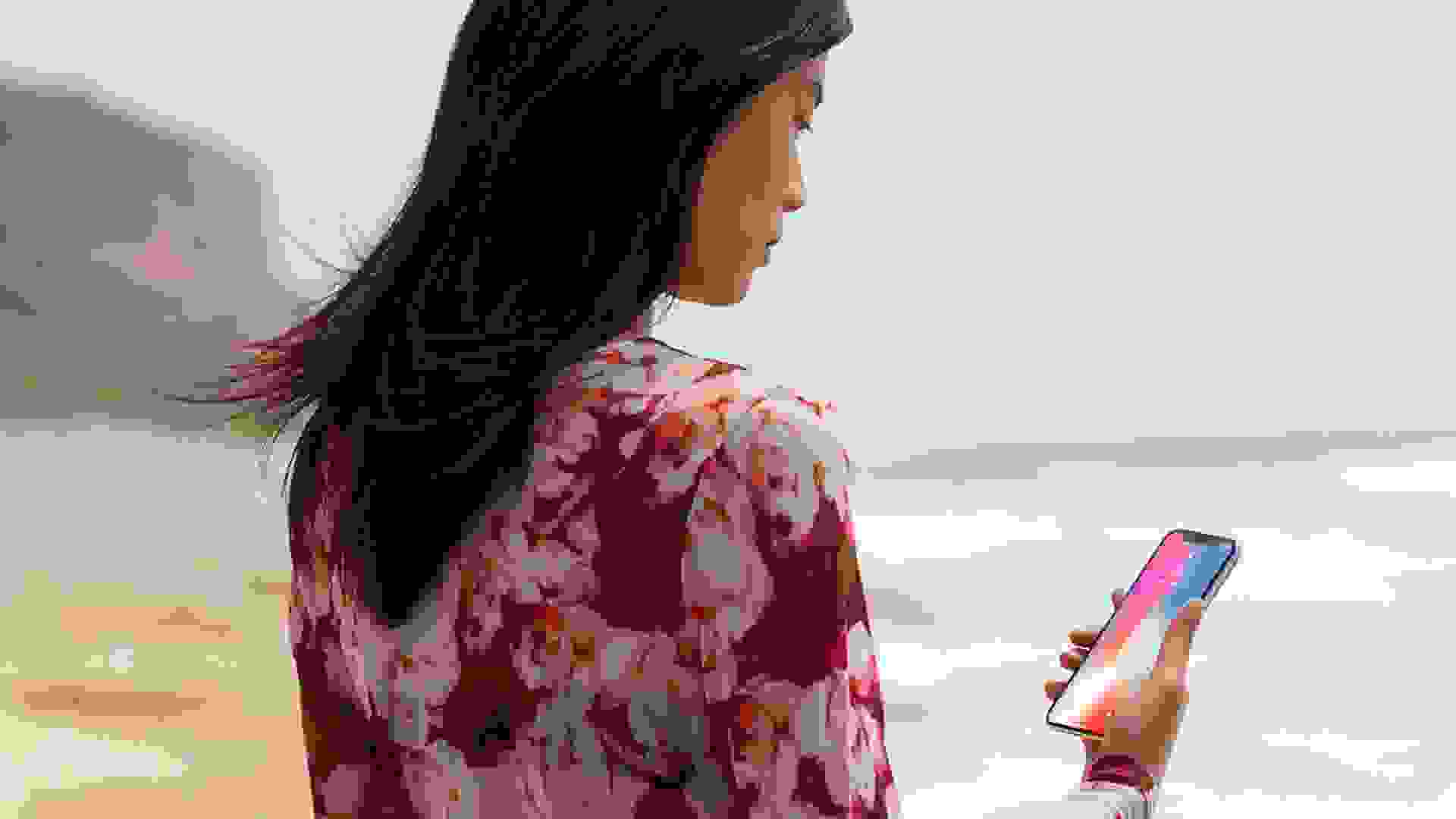 You Spend Too Much on Trends

You know your frugal friend with the iPhone 5, Old Navy jeans and bulky TV? He’s silently shaking his head at your iPhone X, Dolce and Gabbana denim and massive smart TV. When it comes to impulse buys, trust your gut — you know when you’re being indulgent.

Another great trick to curb spending, said Gallegos, is to pay with cash. This tip makes spending much less convenient while giving you a very real feel for how much you are truly dishing out. Gallegos cited research noting that people who pay with cash instead of credit or debit cards typically spend 15% to 20% less. 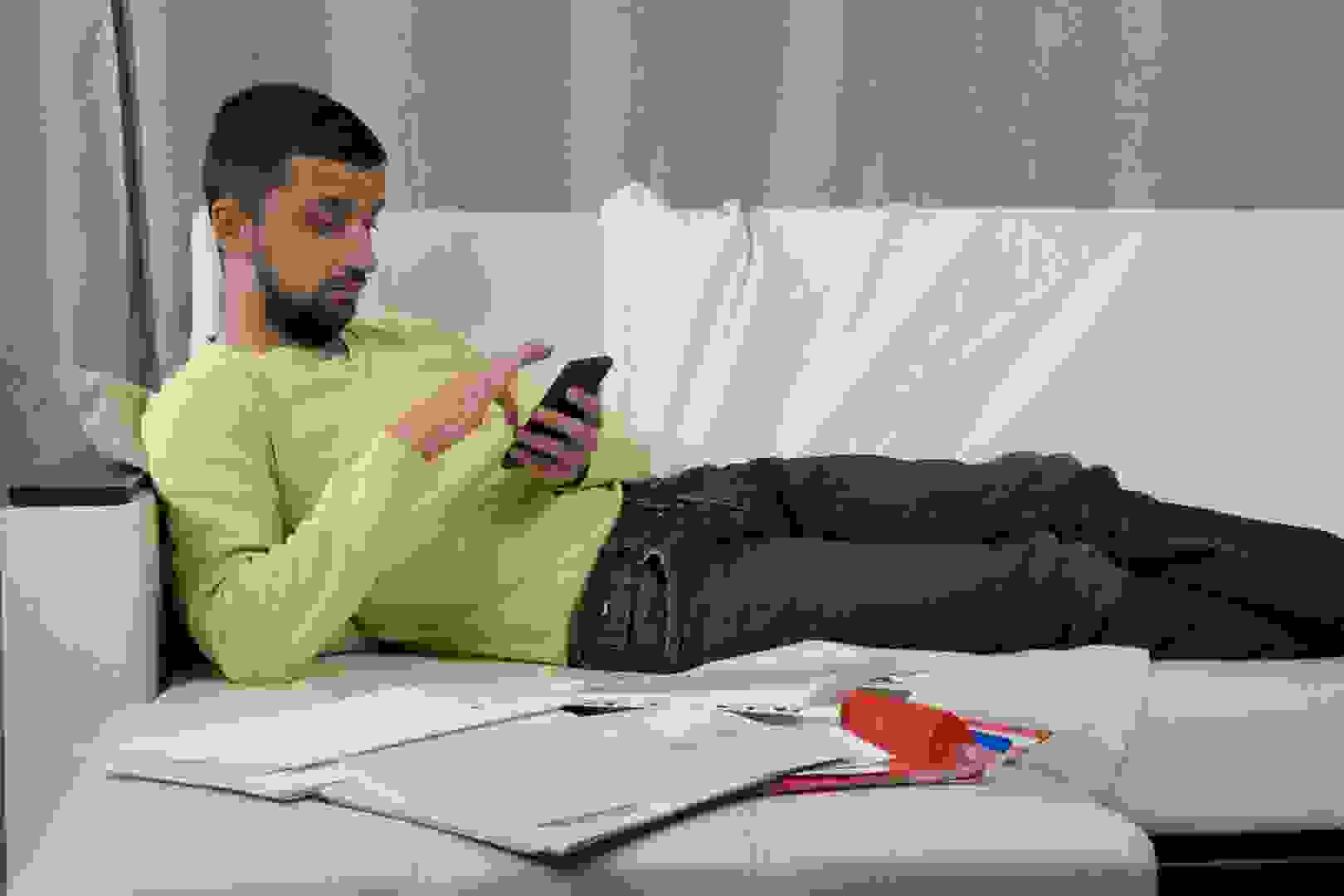 Ultimately, patience and planning are two of the most crucial habits of rich people. Consistently managing your finances, saving and investing won’t immediately fill your bank account; they’ll expand your balance slowly and steadily over time, like the tortoise who eventually wins the race. 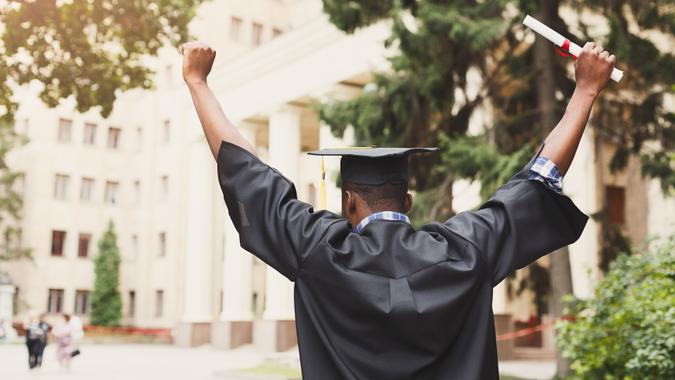 What Recent Grads Should Do With Their Money Now

Find out how to make the most of what you have.