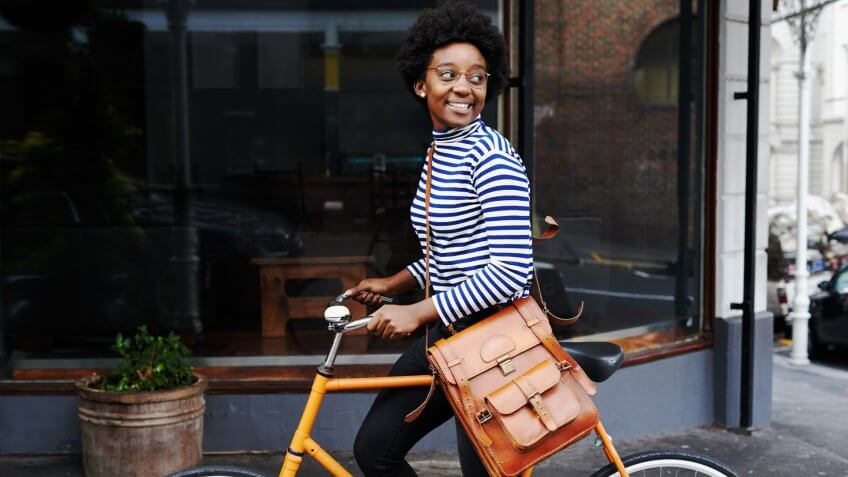 One million dollars is a major milestone for almost anyone. It’s the sort of nest egg that can fund a generous lifestyle in retirement or even build your dream home. However, for many, it’s also a pipe dream. Understanding how to make a million dollars is a question for the wealthy, not the average American.

However, in many ways, that’s a dangerous misconception. In fact, building up your savings to $1 million certainly isn’t easy, but a lottery ticket or huge business deals aren’t the only paths available. For plenty of people, smart budgeting, strategic investments and just good old-fashioned horse sense can combine to create the sort of habits that will put $1 million well within reach, even if you’re living a relatively modest life.

If that seems implausible to you, it shouldn’t — especially after reading these real stories from a few normal people who have hit that $1 million goal. You’ll probably notice an absence of lofty advice about sparking a huge windfall or a series of get-rich-quick schemes. Instead, these people stress that the answer to the question of how to save a million dollars involves core financial habits, which are as valuable when you have $1 to your name as they are for those who have $1 million. 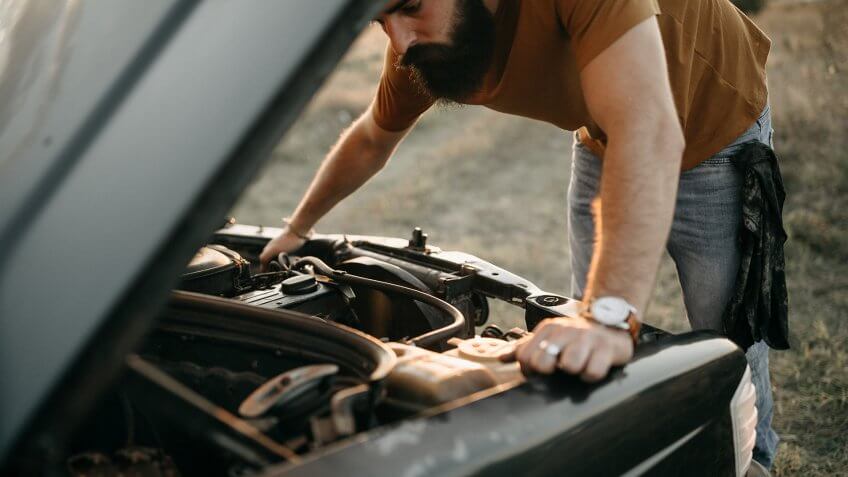 Carl Jensen, the writer behind the blog 1500 Days to Freedom, has a net worth that is the source of considerable consternation for many of his neighbors who note his modest home and thrifty ways. However, Jensen puts his net worth at about $2.3 million, including approximately $1.8 million in investments.

“The best story about our situation is that a neighbor once told another neighbor that she thought we were poor because she saw me working on my car,” Jensen said.

So how has Jensen managed to save that much money? 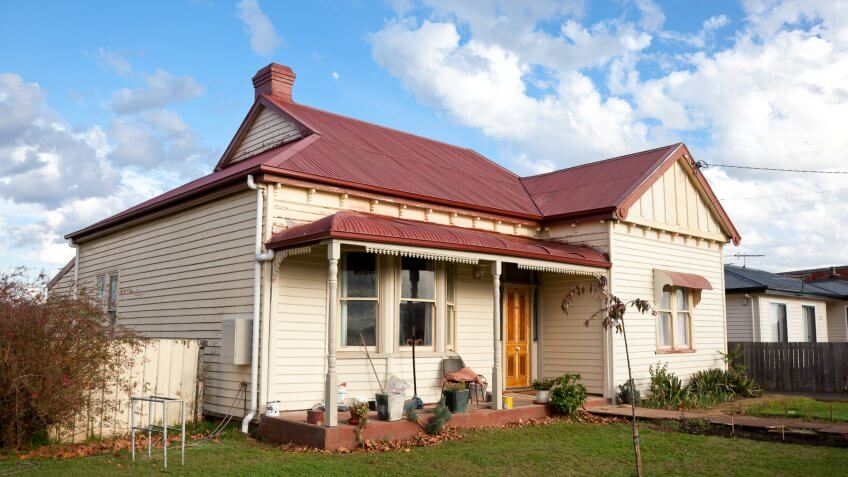 He Made a Conscious Choice To Downsize

One big decision that Jensen cites as playing a crucial role was opting for a more modest home despite that it was significantly less impressive than where he had been living.

“We sold our $400,000, 4,500-square-foot home and moved to a Fannie Mae foreclosure that set us back $176,000,” said Jensen. “Our family thought we were a bit crazy. The first home had four bedrooms and four bathrooms and was beautiful. The foreclosure had two bedrooms and one bathroom and was neglected and infested with ants. However, we went from a $250,000 mortgage and $3,500 in property taxes to a $136,000 mortgage and under $1,500 in taxes. We took our time fixing up the foreclosure and in the meantime invested all of the extra money.”

Jensen also found that sticking with his 2003 Honda Element has been a major factor. It might have 200,000 miles on it, but it’s completely paid off. 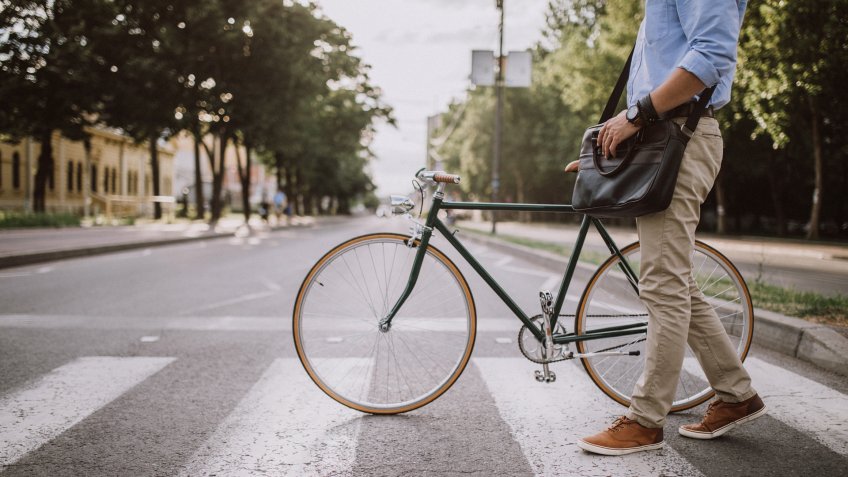 He Built Good Habits Into a Thrifty Lifestyle

In addition to the major decisions about his car and rightsizing his house to fit a more aggressive timeline for his savings and investing goals, Jensen has worked hard to build good habits into his lifestyle, including walking and biking as often as possible. Not only does he save money, but it’s also had positive effects in other parts of his life as well.

“I’ve lost 25 pounds,” said Jensen. “I’m no longer overweight and my high blood pressure is gone. Long term, my spending on healthcare is going to be much less because I now have time to take care of myself.” 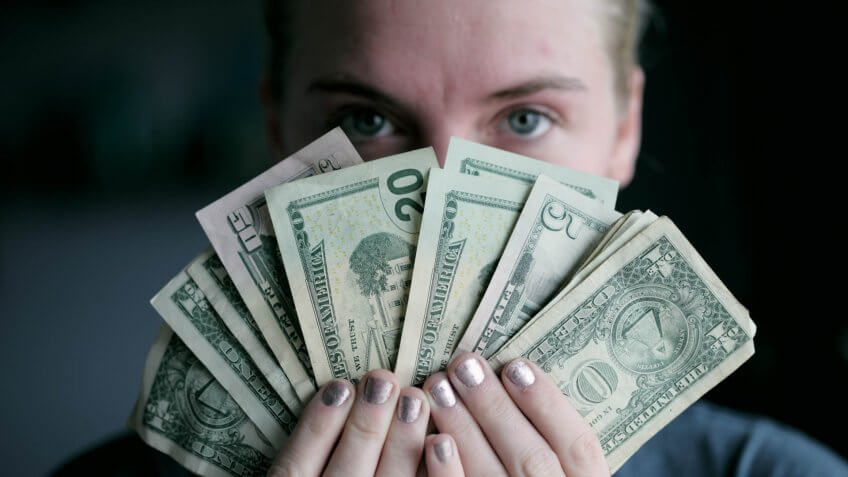 B.F., who preferred to be identified by her initials to maintain her privacy, has managed to build up her savings to over $1 million without the sort of high-powered executive gig that many might assume is necessary to get to that point. Instead, she relied on some very simple approaches to life that allowed her to keep saving, investing and letting her money work for her. So what was B.F.’s approach when it came to the question of how to save more money fast? 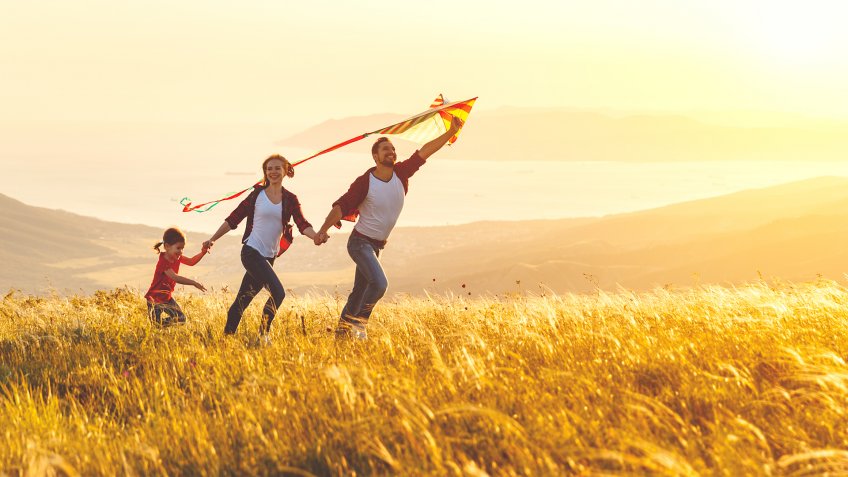 She Kept Expenses Low, Even When It Meant Moving

More than anything else, B.F. stresses just how effectively she and her partner have managed to keep their costs low over the years, freeing up more of their money to invest.

“When I was 28, I had some money to invest and visited an investment broker,” said B.F. “After looking at our income (it was low) and our expenses (they were even lower), he was SHOCKED. He couldn’t believe how economically we lived. My husband and I live well below our means, now and in the past. We have simple tastes, drive old cars and eat in — a lot.”

But that commitment to avoiding unnecessary spending wasn’t just about skipping meals out. She also made some much larger decisions about keeping her cost of living low enough to allow her to keep saving even while she took time off.

“Our daughter was born in San Diego, and we made a difficult decision,” B.F. said. “Due to the expensive cost of living, we decided to raise her in the Midwest. That way, we could live on one income and I could stop working for a few years to concentrate on parenthood.” 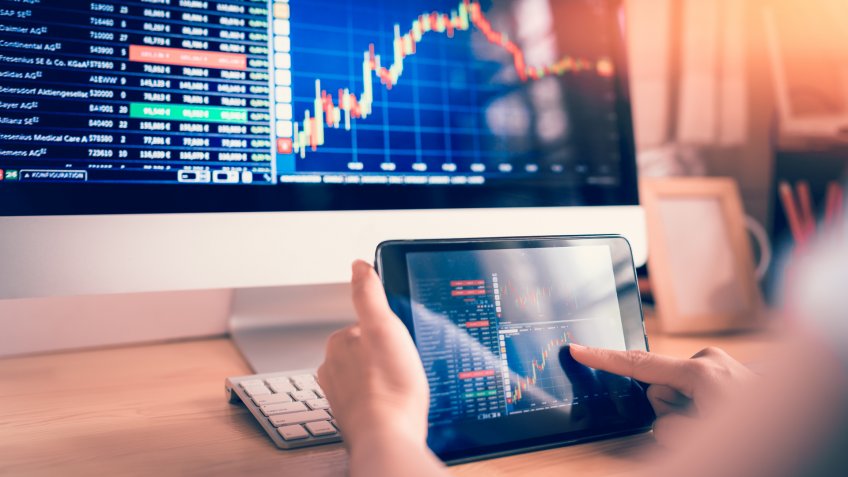 She Focused On Low-Cost Investments and Accepted Market Returns

The other piece of B.F.’s path to financial freedom lies in taking a decidedly boring approach to investing. Instead of chasing better returns, she and her husband were happy to just match market returns with their investments as long as it meant avoiding fees.

“The best investments are low-fee index mutual funds and ETFs,” said B.F. “Because the fees are low, more of your money goes into the actual investment, not the fund manager’s pocket. Today, I manage our own investments and also invest in low-fee robo-advisors like M1 Finance, Ellevest and Betterment.”

That focus on matching market returns while minimizing fees is one that B.F. shares with many investing experts, and she didn’t need any additional strategies to grow her nest egg past the $1 million mark. 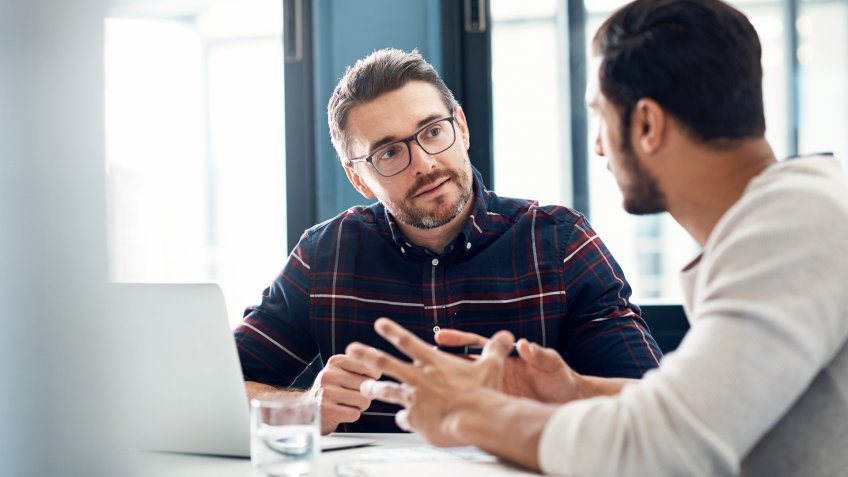 Robert Parent is currently an executive at a startup company, AIngels Inc., and he credits his success in saving and budgeting as a major part of how he reached that point. His parents went bankrupt when he was in his teens, but he was able to attend university after receiving some scholarships. However, early in his career, he found that the lessons of his parents’ bankruptcy were ones he didn’t want to miss out on.

“Once I started working, I found it easy to spend all of the money I was making and couldn’t pay down my credit card debt,” said Parent. 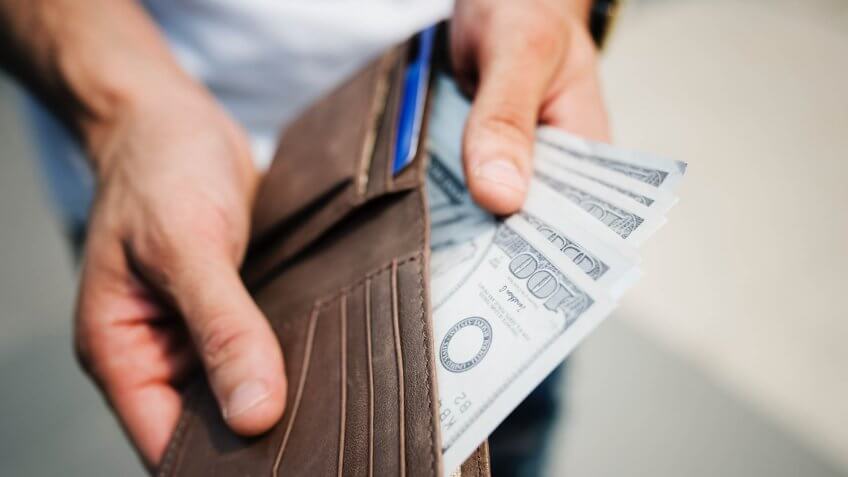 He Set an Allowance and Stuck To It

One of Parent’s key tricks was to build a system that forced him to stay accountable with his spending.

“I also realized that if I used my credit cards to pay for my discretionary spending, I would never make headway,” Parent said. “So I started giving myself a weekly allowance in cash, which I carried in my wallet. I could spend this cash how I wanted without any guilt. The only condition I had is that I could only replenish the allowance every Friday and it was always the same amount.”

This approach to keeping his spending in check has continued to be valuable for Parent over the years, allowing him to be certain that he wouldn’t let his life grow to fit his income as his career advanced.

“Even though my salary increased over the years, I kept myself on an allowance,” Parent said. “This ensured that any surplus was accumulating in savings or would eventually go into paying for a first home.” 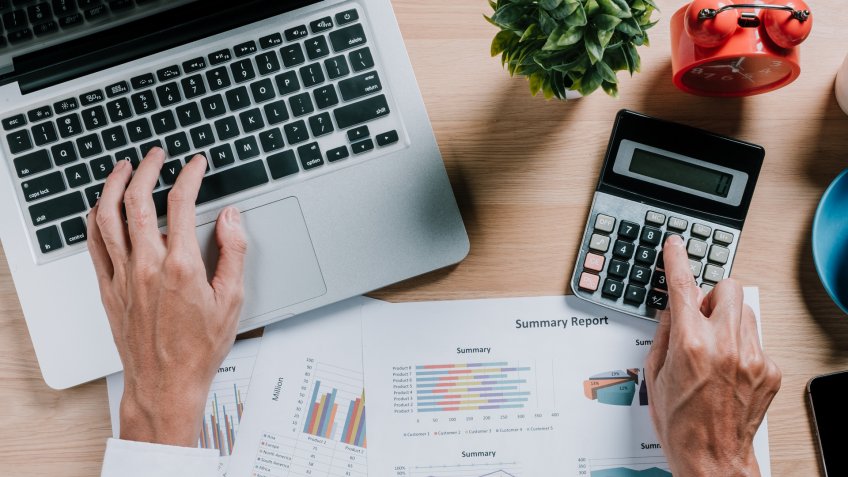 He Invested In Himself and His Career

Parent’s saving wasn’t just about financial security; it was about the freedom and independence to take chances with his career that had the potential for rich rewards.

“You have to lay the savings foundation that allows you to capitalize on investment and career opportunities when they are available,” Parent said. “I currently work for a startup and could never have done this without the above decisions based on paying off my credit card debt and giving myself an allowance.”

And it’s not just about the opportunities to increase his salary. Having the flexibility to change jobs when the opportunity was right has meant he and his wife have enjoyed their careers more even as they were saving up six figures.

“Changing jobs gave us much more interesting careers and experiences than our colleagues who didn’t,” he said. 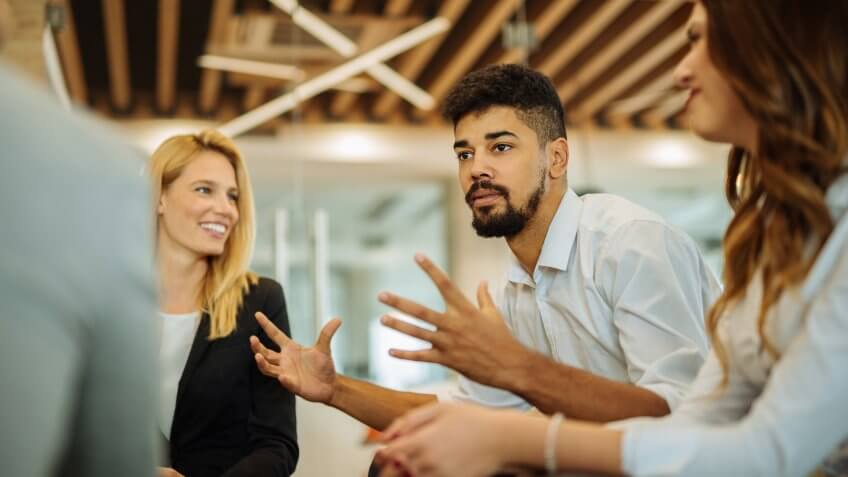 However, if you’re thinking Rampton’s message about the path to reaching $1 million in savings is going to be about how to spot a great startup based on its pitch deck or how to impress venture capitalists enough to secure funding, you would be wrong. When he recounts the crucial steps in his path to savings success, it’s actually the nitty-gritty details of his daily life that he focuses on. 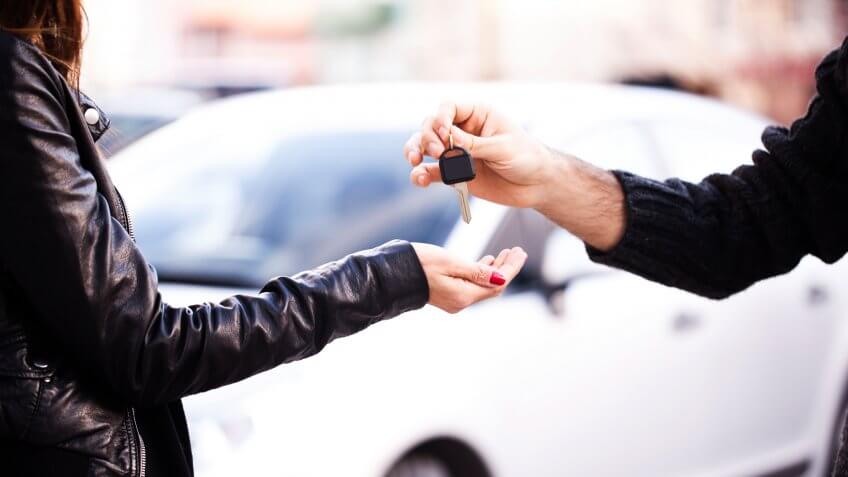 When Rampton was a young professional, he enjoyed driving his gorgeous BMW X5 and eating at fine-dining establishments as part of his efforts to “be the man.” However, that wasn’t leaving him a lot of room in his budget for anything else.

So, faced with the need to make changes before he would have the freedom he wanted in his career, he realized he would have to make the painful decision to make a change. 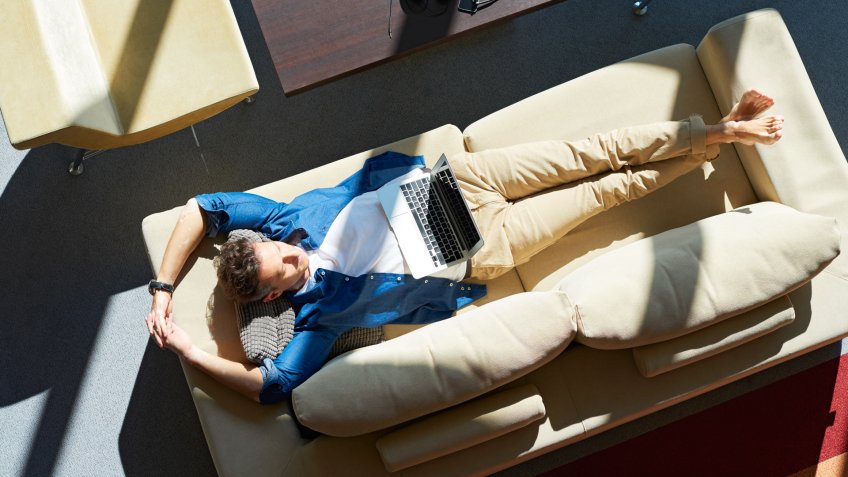 Of course, it wasn’t just finding over $1,000 a month in savings by pruning back his lifestyle. Rampton came to realize that building a strong foundation in his financial life meant having the freedom to pursue more opportunities in his professional life.

“Over the next six months, I started taking that money and investing it in myself,” he said. “I invested in buying a website that was making $1,000 a month. And I invested my time and energy into taking it to $4,000 a month. So all of a sudden I was saving $1,500 a month — at least — and over the next year and a half, two years, I started making three times outside of work what I was inside of work because I was able to invest in myself.”

But what really sticks with Rampton is how focusing on getting the smaller details of his money had a ripple effect into the bigger decisions.

“A million dollars doesn’t just happen,” Rampton said. “I don’t have that type of savings in my account because I did some monumental thing, or bet my life on stock or a specific company. It was more the incremental changes I made day over day and then investing those small little incremental things in myself. They gave me options. And when you have options, you’ll start having a lot of options.” 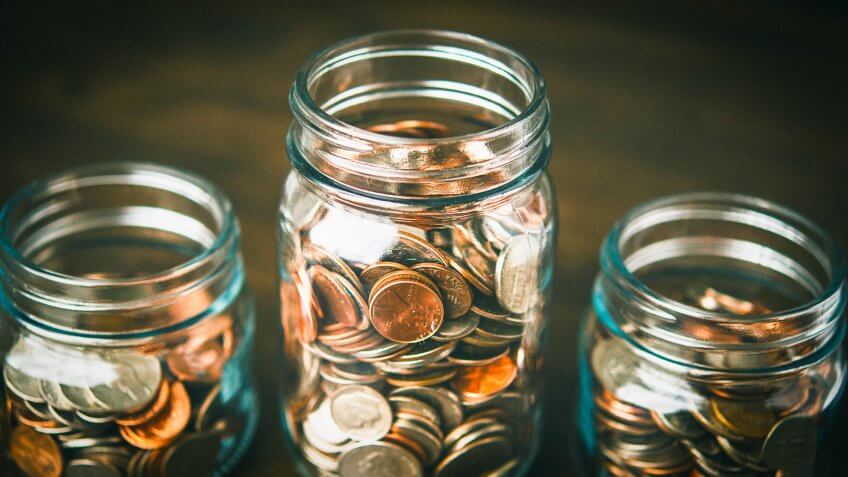 Saving $1 Million Is Possible With Time and Discipline

Clearly, getting to $1 million is going to take quite some time if you really do try to get there through the most reliable route with regular saving and tax-advantaged retirement accounts. However, as these stories illustrate, getting your financial house in order and saving regularly can also create a number of other opportunities for you and your family that can lead to even more success.

While every person’s situation is different and a certain amount of luck and/or privilege did help these people reach their goals, it’s worth noting that what they do all have in common is a commitment to cutting expenses and emphasizing saving. And that’s advice that’s good whether you’re grinding out a minimum wage existence or are settled with a great job and a hefty savings account to back you up. 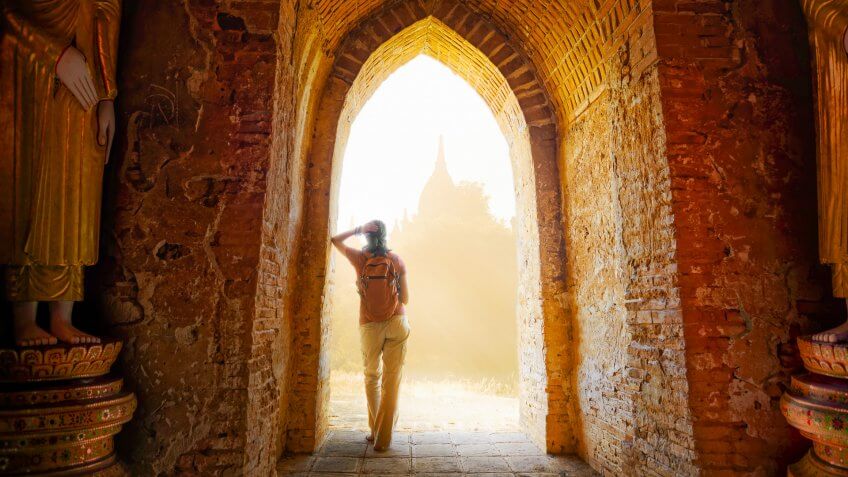 Americans Have Shifted Their Savings Priorities — How Do You

Younger generations no longer see homeownership as a necessity.