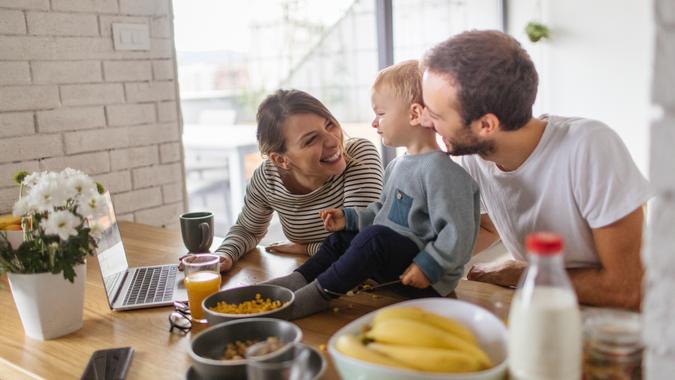 If you haven’t signed up for the enhanced Child Tax Credit yet, there’s still time to do so — but you need to get moving quickly.

Families that are eligible for enhanced CTC payments but haven’t received one yet have until Nov. 15 to sign up. This will allow them to get half of this year’s total CTC in advance payments, CNBC reported. If not, families can still claim the entire CTC when they file their 2021 taxes.

You can register for the payments at the GetCTC.org website. If you sign up now, you’ll get your check as a single lump-sum payment in December, according to CNBC.

For everyone else, two more advance payments are scheduled before the end of the year — one on Nov. 15 and the other on Dec. 15. Many Americans have already received four advance payments of the enhanced CTC benefit, which was included in the American Rescue Plan.

More: Stimulus Money Could Cause the Stock Market to Plunge 15% by November

The enhanced credit increased the benefit to $3,600 for each child under 6 and $3,000 for kids ages 6 to 17. Half of the money arrived in monthly checks during the latter half of 2021, with the other half being made available when families file income taxes next year.

CBS reported that parents of more than 60 million children have received the enhanced payments since July. But some Americans, especially those who don’t file federal income taxes, haven’t received the payments because the IRS uses tax returns to determine eligibility and find out where to send payments. This has been a particular problem for low-income families that aren’t required to file taxes.

A new study from the Urban Institute found that across racial and ethnic groups, only 44% to 54% of adults with annual incomes below $25,000 reported receiving an advance CTC payment — a rate that is up to 18% lower than rates for adults in the same racial and ethnic group with incomes of $75,000 or more. The GetCTC.org website was created as a way for low-income households that don’t file taxes to sign up for the enhanced CTC.

Meanwhile, efforts to extend the enhanced CTC, or even make it permanent, have run into roadblocks. As GOBankingRates previously reported, some lawmakers proposed that the benefit only be extended for one more year instead of the five years originally favored by the Biden administration. The one-year extension also undercuts plans by some Democrats to make the benefit permanent.