What Is the Death Tax? 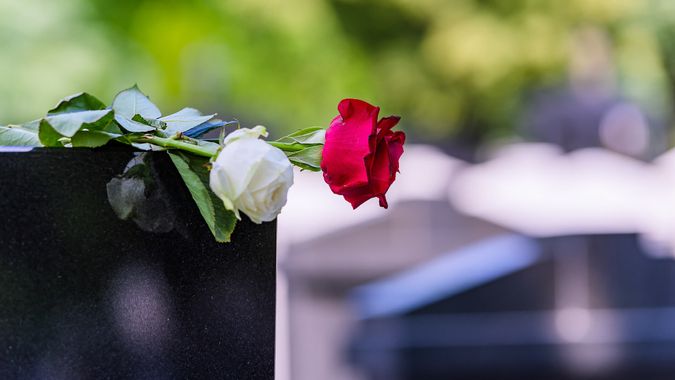 You pay taxes all your life — but does another tax bill come due when you die? The U.S. has two kinds of so-called death taxes: the estate tax, which is levied by the federal government and certain states, and the inheritance tax, which is levied by a number of other states. The term “death tax” — which refers to both estate and inheritance taxes — was coined in protest by the critics of these taxes.

Find out if your assets are subject to these taxes, and learn everything you need to know about the death tax.

What Is Estate Tax?

Estate tax is the official Internal Revenue Service term for the tax on your right as a deceased person to transfer property at your death. The fair market value of everything you own upon your death or have interests in is counted in your gross estate.

The estate tax has long been a villain of conservatives, who coined the term “death tax.” It mostly taxes the generational transfer of wealth among the most affluent families. Donald Trump’s crowning legislative achievement was the 2017 Tax Cuts and Jobs Act (TCJA), which made major changes to the estate tax. It used to be that the first $5 million of property transferred was exempt from the tax.

The TCJA doubled that amount to $10 million and, when indexed for inflation, is now at $11.58 million for single filers and $23.16 million for married couples filing jointly in tax year 2020. Trump’s tax overhaul dramatically reduced the number of households subject to the estate tax–which ranges from 18%-40%–and larger estates and the richest families now owe much less.

What Is Inheritance Tax?

Same as with income tax, you might have to pay a version of the death tax twice depending on where you live. Six states levy an inheritance tax, which is different than an estate tax in that it taxes the transfer of wealth to heirs–usually more distant heirs and never a surviving spouse.

The amount that is exempt from taxation, the tax rate, and the heirs who can be taxed vary by state, but exemptions range from $1 million to $5.9 million, according to the Tax Foundation. Find your state’s rules with the links on this list of state tax agencies.

The following 12 states levy an estate tax on top of the federal estate tax:

Only one state, Maryland, levies both an estate tax and an inheritance tax.

What Is an Intestate Estate?

An intestate estate is the estate of someone who died without leaving a valid will. Estate taxes are calculated the same as for any estate. A court-appointed fiduciary or responsible individual for a decedent uses the rules for an intestate estate when filing IRS Form 1040 and Form 56.

Why Is There an Estate Tax?

The large taxable estates consist mostly of unrealized capital gains that have never been taxed, so wealthy heirs would receive assets that had never been taxed if it were not for the estate tax. Government policymakers enacted the estate tax in 1916 as a backstop to the income tax so wealthy heirs would pay on inherited wealth that would otherwise have gone untaxed.

The estate tax is an important source of federal revenue that helps with deficit reduction and leads to less federal borrowing, which strengthens the economy for all Americans. The money raised helps to fund education, national defense, healthcare and other essential programs. A weakening or repeal of the estate tax would cause these programs to face deep cuts and would pass the burden of these costs onto less wealthy taxpayers.