State sales tax rates are all over the map. Whereas you’ll find rates of 7% in Indiana, Mississippi, Rhode Island and Tennessee, California claims top billing with a sales tax percentage of 7.25%. On the other end of the scale, five states — Alaska, Delaware, Montana, New Hampshire and Oregon — don’t have any state sales taxes at all. Here’s a look at how sales tax rates vary by state:

Of the states that levy sales tax, the lowest burden is in Colorado, with a sales tax rate of 2.9%. But Colorado has local tax rates as high as 8.3% — second highest in the country next to Louisiana, where local tax rates can reach 8.5% — meaning you could pay as much as 11.2% total tax in some regions of Colorado.

How To Calculate Sales Tax

State sales tax revenues are used for general expenditures. More than half of state spending goes toward healthcare and education. About 10% of total state spending goes to corrections and transportation, and the remaining one-third or so goes to different programs ranging from public assistance to environmental projects.

States with lower tax rates than surrounding states highlight these differences to attract shoppers. Delaware’s highway welcome sign, for example, uses the slogan “Home of Tax-Free Shopping” to entice motorists. In New England, merchants lure shoppers from Vermont, which imposes a 6% state sales tax rate. Whereas sales in border counties of tax-free New Hampshire have tripled since the 1950s, sales in Vermont’s border counties have remained stagnant, according to the Tax Foundation.

If state sales taxes help finance state expenditures, how can some states have no sales tax at all? The answer usually lies in the state income tax rates. Oregon, for example, has no state sales tax but does have high state income taxes, with the highest bracket of 9.9%. Delaware also has high income tax, although it’s offset by low property taxes, which are based on a tax assessor’s valuation. Washington, on the other hand, has high sales tax rates, with a combined state and local tax rate of up to 9.9% for individuals who make more than $125,000 and couples who make more than $250,000, but it has no state income tax.

Some states, such as California, bear the burden of high total tax rates, with state and local combined sales tax rates as high as 10.50% and a top income tax bracket of 13.3%.

Tax rates of all kinds are subject to change, based on state and local needs, voter preferences and the timelines established by existing legislation. Due to the COVID-19 pandemic, resulting in significant losses in sales tax collections in 2020, states such as Connecticut, Massachusetts and Vermont are holding off on sales tax increases in 2021. This has caused some retailers to add COVID-19 surcharges that they are passing on to customers. States that saw significant drops in sales tax revenue include Hawaii, with a decrease of 23%, and Nevada, which suffered a 26% loss.

Sales tax data comes from The Sales Tax Institute. Updated as of Jan. 1, 2021. 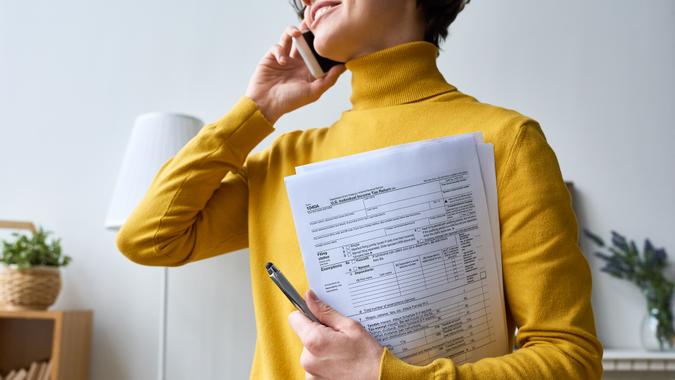 > Taxes > Sales Tax by State: Here's How Much You're Really Paying