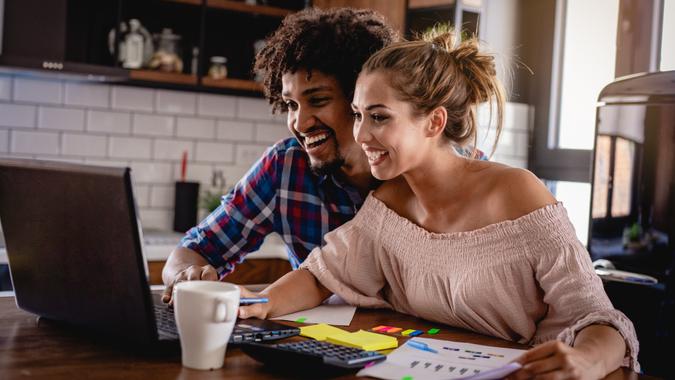 Thanks to the American Rescue Plan’s expansion of the earned income tax credit (EITC), young workers without children could see an extra tax boost this year. The EITC is the largest refundable tax credit for low- to moderate-income families, according to the Internal Revenue Service.

See: Child and Dependent Care Credit Can Add Up to $8,000 — Here’s How To Claim the Money on Your Taxes
Find: Top Tips for Painless Tax Prep

Thirty-seven percent of Americans ages 19 to 24 without dependent children are now eligible to receive the credit, with an average boost of $820, according to a study from the Institute on Taxation and Economic Policy, per CNBC. This credit will be sent to them as part of their refund for the year, provided they don’t owe taxes.

“For a lot of people in that age range, that can be a pretty meaningful amount of money for them to receive,” said Aidan Davis, a senior state policy analyst at the Institute on Taxation and Economic Policy and the author of the study, CNBC reported.

The full benefit was expanded from $538 to $1,502 and now allows workers between the ages of 19 to 24 — and those 65 and older — without dependent children to claim the credit. In the past, young workers without children were ineligible to claim the tax credit. The EITC helps low- to moderate-income workers and families get a tax break.

Learn: How To Protect Your Tax Refund From Being Stolen
Explore: 16% of People Expect a Tax Refund of $3,000 or More — But That Might Not Be a Good Thing

“There are important changes to EITC that will help this credit reach more hard-working families this year,” said IRS commissioner Chuck Rettig. “We urge people potentially eligible for this valuable credit to review the guidelines; many people each year overlook this and leave money on the table.”