Many taxpayers will likely be in for a surprise when they file their tax returns in the spring and discover that Trump’s tax cut isn’t helping them. Instead, it will be hurting.

The new tax rules do offer a higher standard deduction and lower personal tax rates that will benefit many taxpayers. But a number of changes could force some taxpayers to pay more taxes in the upcoming tax season, according to a review of the Tax Cuts and Jobs Act by audit defense service TaxAudit.

Keep reading to find out which taxpayers will lose out on tax breaks and be harmed by the new tax law.

Homeowners are among the biggest losers as a result of the new tax law, according to TaxAudit. The new law reduces the amount of interest on mortgage debt that can be deducted to $750,000 from $1 million for mortgages originated after Dec. 15, 2017. The change primarily affects taxpayers in places where home prices are high because they won’t be able to deduct as much mortgage interest.

However, even homeowners who don’t own such expensive homes might feel the negative effects of the new law if they have a home equity line of credit. If they borrowed against the equity in their homes for anything other than a home purchase, construction or improvements, the interest on that loan is no longer deductible.

Several itemized tax deductions have been reduced or eliminated under the new tax law. So, taxpayers who itemize on their tax returns could end up paying more in the spring, according to TaxAudit. See how drastically deductions have changed.

Parents and Taxpayers with Dependents

Before the tax changes, taxpayers could claim an exemption for each dependent — that is, a child or relative who meets certain criteria. Typically, if you were a parent and had kids, you could claim dependent exemptions for them if they were under age 19 or 24 if they were students and lived with you and received support from you for more than half of the year. On 2017 tax returns, the exemption was worth $4,050.

Starting in 2018 through 2025, dependent — and personal — exemptions disappear, said Dave Du Val, chief customer advocacy officer for TaxAudit. However, the new tax law increases the child tax credit from $1,000 to $2,000 per qualifying child under age 17. Plus, there’s a new $500 dependent credit for dependents who don’t qualify for the child tax credit, such as children in college over age 17, Du Val said.

Find Out: Is Child Support Tax-Deductible?

If you’re getting a divorce, you might want to hurry it up so you don’t become a tax loser as a result of the new tax law. Taxpayers who get divorced after Dec. 31, 2018, will no longer be able to deduct alimony payments. So if you want to keep that tax deduction, there’s an incentive to finalize your divorce quickly.

However, taxpayers who receive alimony will not have to claim it as income if their divorce is finalized after Dec. 31, 2018. So that could end up being a benefit for alimony recipients.

Self-employed taxpayers are both winners and losers of the new tax law — depending on their income. The Tax Cuts and Jobs Act of 2017 provides a new 20 percent deduction of qualified business income for sole proprietor businesses and qualified pass-through entities, Du Val said. However, the deduction is limited for taxpayers with income above $157,500 ($315,000 for married taxpayers filing a joint return). And there is no deduction for taxpayers earning above $207,500 ($415,000 if married filing jointly) if they are in a specified service trade or business such as accounting, financial services, investment management, law, health and performing arts.

Learn how to boost your income by less than 2 percent, Trump increased the federal deficit by billions. 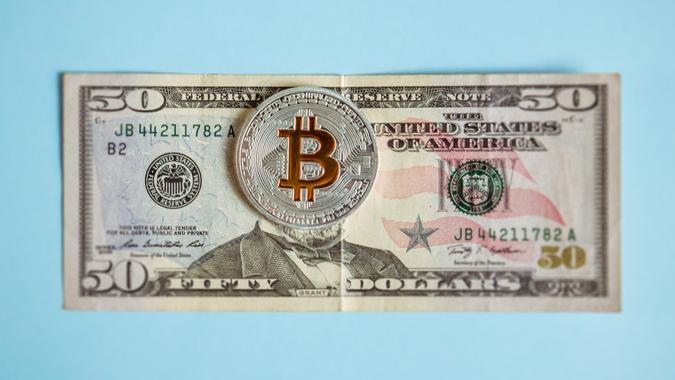 The One State That Lets You Pay Your Taxes With Bitcoin

See where you can use cryptocurrency to pay taxes.