Here’s a list of the topics covered in this article:

Compound interest might be best understood in comparison with simple interest. Simple interest is interest paid on the principal capital only. For example, when you buy a bond that pays 3% interest annually and you have that money sent to you directly, you receive that same 3% check every year. You don’t receive any additional, compound interest.

Related: How Much Would You Have if You Saved $1 Per Day for Your Entire Life?

How To Calculate Compound Interest

For example, say you have $5,000 in a savings account that earns 2%, compounded yearly. To find out how much your savings will be worth in five years, plug in the numbers to the formula.

The same calculation holds true for calculating interest accruing on a debt, such as a credit card balance. Say you hold a credit card debt of $5,000 with an interest rate of 16% and don’t make any payments. Here is the calculation for how your balance will grow:

In this example, your compound interest totals $5,501.70, more than doubling the size of your debt in just five years. With simple interest, you would have only accumulated an additional $4,000 in debt; although still a lot of interest, the power of compounding added 37.5% in interest.

To get a rough estimate rather than use a precise formula, follow the “Rule of 72.” If you take the interest rate you earn and divide it into 72, you’ll solve for the number of years it will take to roughly double your money. For example, earn 10% per year, and you will double your money in about 7.2 years rather than the 10 years you would expect using simple interest (10 years times 10% interest per year equals 100% earnings, or double).

You can also use the calculator provided free of charge by the U.S. Securities and Exchange Commission to calculate your compound interest.

When harnessed through the power of your investments, compound interest can seem miraculous. In fact, no less than Albert Einstein himself is reputed to have praised the power of compound interest as “the eighth wonder of the world.” Importantly, Einstein is attributed as adding: “He who understands it, earns it…he who doesn’t…pays it.”  Investors who take that to heart will greatly prefer the compound benefits of investments over the compounded draining of credit cards and other debt.

Income-oriented mutual funds, such as bond funds, are another type of investment that can benefit from the effects of compound interest. Most funds pay monthly, and if you reinvest the dividends into more shares of the fund, you’ll earn compound interest in every subsequent payment period.

Compounding can be even more effective in a tax-advantaged retirement account, such as an IRA or a Roth 401(k). In an IRA, you don’t have to pay tax on your earned interest until you withdraw your funds. This means you don’t need to pay tax every year as you earn your interest, unlike a regular taxable investment account where you might need to withdraw funds to pay your annual tax bill.

Compound Interest and Your Financial Health

Compound interest is the ultimate double-edged sword. When used for your investments, it can seemingly work miracles over the long run. But when applied to your outstanding debts, such as your credit card debt, it can dig your hole much faster.

Compound interest can also turn the humble savings account into a more attractive parking place for your money. Imagine you have $50,000 in a high-yield savings account earning 1.5% per year. With simple interest, you’ll earn $750 per year, or $7,500 over 10 years. Compounding even that low rate of interest makes a difference, as you’ll end up with $58,027.04, or an additional $527.04 in interest.

With only a difference in the compounding frequency, two CDs paying the same 3% interest rate end up with a nearly $600 differential in their total payout. The best banks will pay you a rate that compounds daily rather than annually.

Unfortunately, the same factor works in a negative manner on credit card APR, which is nearly always compounded daily. At the high rates most credit cards charge, the compound interest effect is even more dramatic:

Both scenarios highlight how credit card debt can get ugly fast. After just five years, $10,000 in credit card debt more than doubles, even when compounded only annually. When interest is compounded daily, as is traditional with credit cards, that $10,000 skyrockets to $24,590.58, amounting to an additional $1,713 in interest just with a change in compounding period.

When used properly, compound interest does much of the heavy lifting for you when it comes to your investments. Once you choose an investment and leave compounding to work its magic, you’ll start earning exponential returns over time, without any effort on your part. In the event your investments double after 10 years, you’ll effectively be earning double the interest you are now after that decade passes. A $10,000 investment earning 7% today pays $700 annually, but if that $10,000 doubles to $20,000 in 10 years — which is about how long it takes a 7% investment return to double money — your 7% annual interest will then pay $1,400 annually. That means the rate of return on your original investment will effectively double as well, as you’ll be earning $1,400 annually on an investment you only contributed $10,000 to originally.

Up Next: What Is a Mutual Fund?

Make Compound Interest Work For You

Although compound interest can seem magical, it’s actually simple math. Still, the effects can be astonishing, in both a positive and a negative way. If you can’t seem to climb out of your debt hole, it’s likely because compound interest is turning your original debt into a runaway train. It’s a good idea to pay off that debt as soon as you can and channel those payments into investments, where you can watch the good side of compound interest do its thing. Over time, you might agree with Einstein that compound interest truly is “the eighth wonder of the world.”

Ashley Eneriz contributed to the reporting for this article. 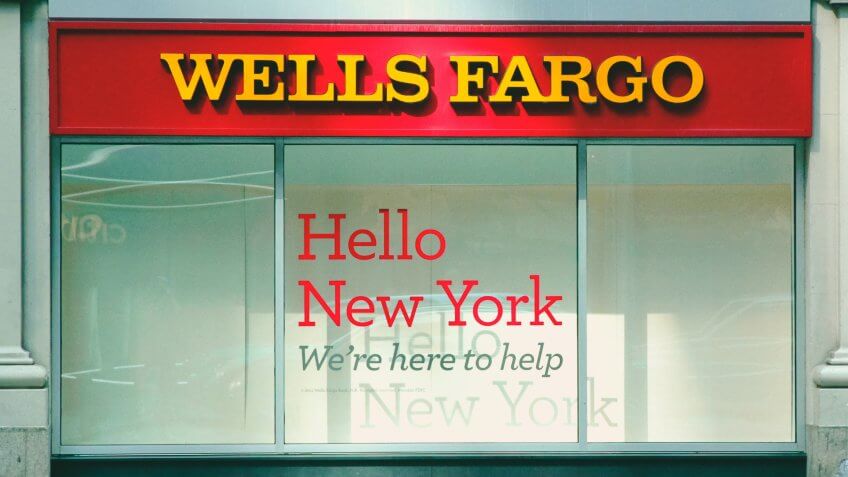 Wells Fargo Interest Rates: How To Get the Bank’s Best Rates

Stay on top of your finances to get Wells Fargo's best rates.

GOBankingRates > Banking > Interest Rates > What Is Compound Interest? A Guide To Making It Work for You, Not Against you