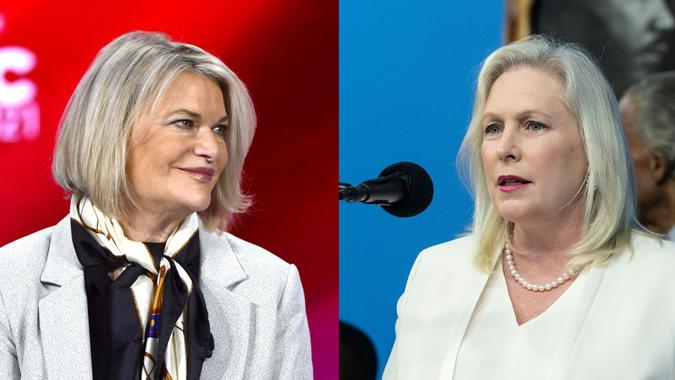 See: Warren Buffett Doesn’t Believe in Bitcoin — Should You?
Find: Can I Buy Bitcoin With Klarna, Affirm or Afterpay?

The bill is widely lauded in the industry, receiving several statements of support, including from Coinbase, Kraken, FTX, the Blockchain Association and the Crypto Council for Innovation.

“The digital currency industry desperately requires clear legislation and governance. The cryptocurrency industry has gone through unprecedented exponential growth and continues to experience considerable volatility. Part of the volatility is due to poor controls and lack of legal governance,” Geffner added.

The bill would classify most digital assets as commodities and would give the Commodity Futures Trading Commission (CFTC) clear authority over virtual currency spot markets, which aligns well with its current purview over other commodity markets, the senators said in a joint press release.

Digital assets that meet the definition of a commodity, such as bitcoin or ether, which comprise more than half of digital asset market capitalization, will be regulated by the CFTC, they wrote in the release.

“Digital assets, blockchain technology and cryptocurrencies have experienced tremendous growth in the past few years and offer substantial potential benefits if harnessed correctly,” Gillibrand said in the release. “It is critical that the United States play a leading role in developing policy to regulate new financial products, while also encouraging innovation and protecting consumers.”

In a statement of support accompanying the announcement, Coinbase said that it “applauds Senators Lummis and Gillibrand for their tireless efforts to introduce meaningful legislation to create regulatory clarity for digital assets.”

“A bipartisan consensus is emerging that crypto can empower and enhance economic freedom for all Americans, and we look forward to continuing our work with them to pass much-needed new laws in this space,” Kara Calvert, Head of US Policy, Coinbase, said in the statement. “The stablecoin provisions of this legislation, in particular, are comprehensive and detailed, and promote both consumer protection and innovation.”

Indeed, the bill creates requirements for stablecoins that will protect consumers and markets and promote faster payments.

“Payment stablecoins are increasing in use and adoption and when structured appropriately, could provide consumers with faster, more secure means of payments,” according to the release.

Additional provisions of the bill include the creation of an advisory committee to develop guiding principles; disclosure requirements on digital asset service providers to ensure that consumers understand the product and can make informed decisions when engaging with digital assets; and a study on digital asset energy consumption.

Phil Harvey, CEO of digital asset management consultancy firm Sabre56, told GOBankingRates in a note that while “there is some current legislation in the crypto space, it is secular and often confusing.”

POLL: Do You Think You Will Be Able To Retire at Age 65?
Discover: Why Women Are Hesitant To Invest in Crypto — Should They Be?

“Many regulatory bodies are unable to unanimously decide on the use and clarification of crypto assets, amid much confusion and misinformation from all sides,” Harvey said. “The new, proposed crypto bill is a positive step in regulating our industry – not just to guide users – but also for regulators to be governed by. The bill will inevitably be deliberated for a period of time. This will enable regular and enhanced awareness of the crypto space, as the topic is reviewed, and clarity sought.”