If you’ve hung out with any hipsters, hippies or techies — or even if you just read the news, you might have heard of bitcoin, the virtual currency or cryptocurrency. It’s a way for users of the currency to buy and sell things anonymously and without their money being tied to a central authority like a bank or government. If that sounds good to you, here are the essential things you need to know about how bitcoin works.

So, what are bitcoins? Bitcoin is the most well-known digital currency. Bitcoins are not printed like dollars or coins; they are virtual. Bitcoin information is stored in the cloud and decentralized, meaning no government or bank controls it. Instead, computer networks using distributed ledger technology keep track of who owns what. Thanks to new software systems such as Bitcoin XT, users don’t even need a computer, but can keep and use bitcoins with smartphones.

The amount of bitcoins that can ever be produced has been set at 21 million. This limit was established to ensure the value of the currency. However, bitcoin’s value can and has fluctuated dramatically.

Bitcoins were first introduced in 2008, in a paper by a mysterious computer programmer going by the name of Satoshi Nakamoto. Nakamoto’s true identity remains unclear, despite the recent claim by Australian computer programmer Craig White that he is the inventor of bitcoin.

Read: How Your Bank Is Rapidly Adapting to Millennial Banking Habits

Bitcoins work like any other currency, at places where they are accepted. Bitcoins can also be accepted by individuals as payment. In this way, the fees for exchanging money internationally can be dramatically reduced since no banks or exchange rates are involved. However, not all businesses or individuals accept bitcoins.

Blocks of information can never be erased from the ledger, and can only be updated with a consensus of blockchain participants. This system creates a level of transparency, security, and reliability that does not exist in traditional databases, which are held by only one, controlling institution.

Read: How to Make Bitcoin Part of Your Retirement Plan

Bitcoin advocates say that because no governments or banks are in control of this cryptocurrency, it is safe. Their argument is that because there’s been a limit to the amount of bitcoins that can ever be produced, the danger of a central bank or government printing new money whenever it gets in trouble is non-existent; so the risk of bitcoins becoming devalued is removed. Bitcoin advocates also point to the transparency and redundancy of blockchain technology.

However, bitcoin’s value has had a volatile history, with more than one dramatic drop in value. The latest dramatic change came after Brexit, when the U.K. voted to leave the European Union, in June 2016: The value of a bitcoin dropped by nearly 30 percent.

The Value of Bitcoin

The value of a bitcoin has fluctuated greatly over time. However, since the currency was first created in 2008 and mined in 2009, it has increased in value dramatically.

Data on the value of bitcoins begins around 2010, when it was worth less than a dollar. In August 2010, for example, one bitcoin was worth 6 cents, according to BitcoinAverage, which provides a bitcoin price index. It wasn’t until April of 2011 that bitcoin broke the dollar mark. The currency reached its greatest value in November 2013 when it surpassed $1,000. As of August 23, 2016, the price was $586.02, according to BitcoinAverage. 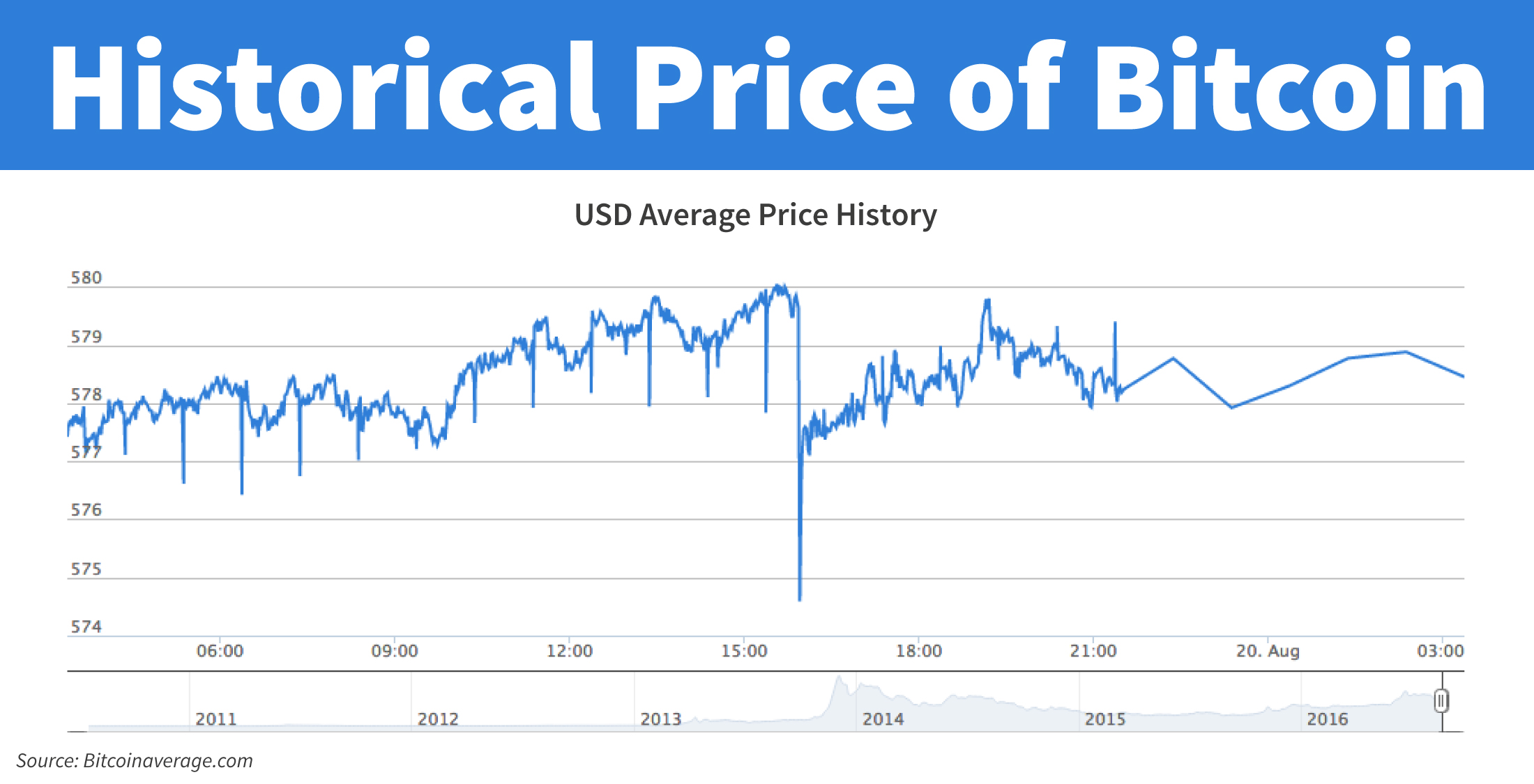 The Philosophy Behind Bitcoin

Bitcoin, on the other hand, rejected putting faith in those same politicians and so-called financial wizards who had wrecked the economy. Bitcoin promised a few enticing features:

To much of the public who had just witnessed — and felt — a total collapse of the traditional monetary system, bitcoin looked good.

Where and How to Earn Bitcoins

Assuming you are not a merchant or service provider who accepts bitcoins, there are two common ways to get bitcoins. You can either buy them through an exchange or earn them through what is called bitcoin mining.

How to Mine Bitcoins

To avoid fraud, bitcoin works on a shared public ledger. Since there is no centralized authority, the ledger needs some bitcoin users to validate transactions. They do this by mining bitcoins, which is solving complicated cryptographic puzzles. For solving these puzzles, users are issued bitcoins. Anyone can mine bitcoins, but to do it successfully, you’ll need specific bitcoin-mining software and hardware.

You can also buy bitcoins through exchanges using your bank account, credit card or debit card, depending on the exchange. For instance, in the U.S., you can buy bitcoins online through various exchanges, such as Coinbase or Indacoin. The bitcoins are then sent to your bitcoin wallet, a place that stores the digital information you need to spend your bitcoins.

Although bitcoins have been banned in some countries, they are legal in the U.S. However, the use of bitcoins is under scrutiny by the FBI and other government agencies, because it’s viewed as a currency uniquely suited to illegal activities thanks to its decentralized and anonymous nature. Bitcoin was the only currency accepted on the infamous, underground Silk Road online network, which criminals used to trade illegal goods, including narcotics. The FBI shut down Silk Road in 2013.

Central banks around the world are closely monitoring the acceptance, use and popularity of bitcoin, according to International Banker. And although the amount of bitcoins in circulation is minuscule compared to the amount of dollars that exist and are used, this virtual currency is still making an impact.

For instance, more than one country — most notably, Canada and Ecuador — are exploring the possibility of issuing a digital version of their own currency. In fact, a Finnish startup called eCurrency Mint is negotiating with 30 central banks around the world to provide the technology needed to issue their own digital currency, according to International Banker.

Or, if you are truly only interested in bitcoins as an investment vehicle and don’t plan to use them as a currency, then you can buy shares of a trust called GBCT, sponsored by Grayscale Investments. Each share represents one-tenth of a bitcoin and can be held in an IRA, Roth IRA, 401k or other brokerage and investment account. GBCT is traded on the OCTQX financial market exchange.

Other Types of Digital Currency

Although bitcoin is the first and the largest cryptocurrency, it is not the only one. In its wake, many other virtual currencies have been created. Two of the largest are Ripple and Litecoin, which still have only a fraction of bitcoin’s size. For instance, as of December of 2015, Ripple had a market cap of just over $200 million. Litecoin’s was just over $150 million, and bitcoin’s stood at more than $6.5 billion. 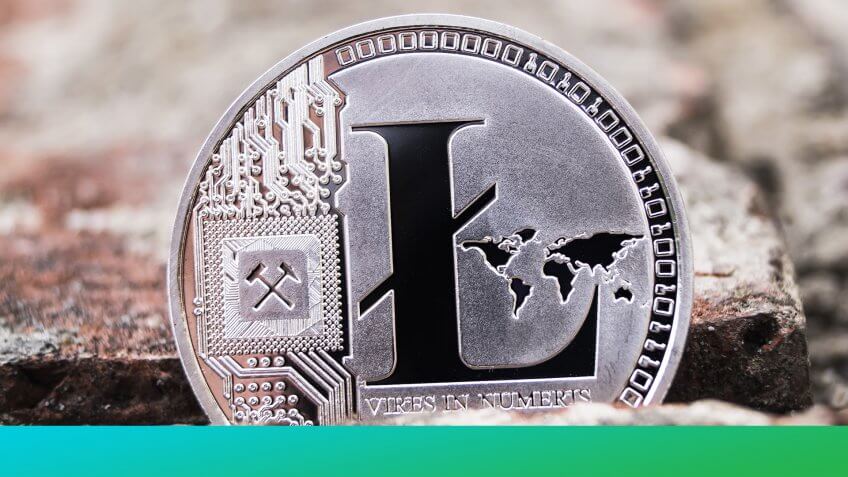 7 Bitcoin Alternatives to Consider Investing in This Year

Looking to invest in bitcoin? Some of these cryptocurrencies might be the next big thing.