Crypto Crime: $14 Billion in Digital Currency Was Stolen in 2021 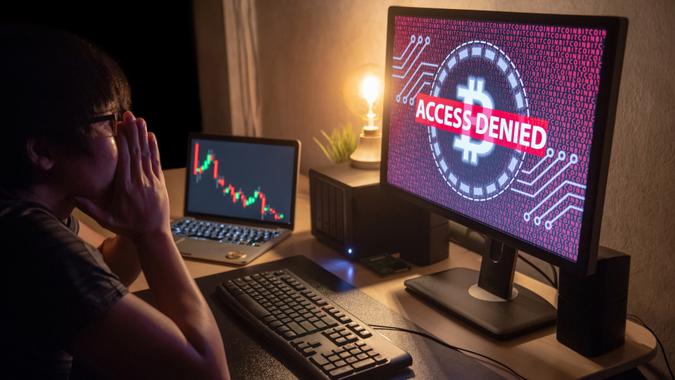 Cryptocurrency-based crime hit a new all-time high in 2021, with illicit addresses receiving $14 billion over the course of the year, up from $7.8 billion in 2020. At the same time, this represents an all-time low in the share of all crypto activity, a new report finds — a fact that might help dispel the misconceptions around cryptos and criminal activity.

The Chainalysis “Crypto Crime Trends for 2022” report, notes that crypto usage is growing faster than ever before. Across all cryptos, the total transaction volume grew to $15.8 trillion in 2021, up a staggering 567% from 2020’s totals.

Chainalysis — a blockchain data platform — says in the report that given that roaring adoption, it’s no surprise that more cybercriminals are using cryptos.

“But the fact that the increase in illicit transaction volume was just 79% — nearly an order of magnitude lower than overall adoption — might be the biggest surprise of all. In fact, with the growth of legitimate cryptocurrency usage far outpacing the growth of criminal usage, illicit activity’s share of cryptocurrency transaction volume has never been lower,” according to the report.

“We’ve known that criminal activity is a small proportion of cryptocurrency transactions for years,” she said. “But we suspect this is surprising for most people. Like with many new technologies, criminals were early adopters of cryptocurrencies and their initial embrace has helped shape its overall reputation.”

She added that although today it is more well-known that cryptocurrency is traceable, criminals still use it for the same reason people use crypto for legitimate purposes: it’s instantaneous, crosses borders and is liquid.

“One of the benefits of the transparency of cryptocurrency blockchains is that with the right tools, it’s possible to measure illicit activity. And it’s probably less frequent than most people think,” she said.

Khalid Hasan, senior analyst, AML Right Source, echoed the sentiment, telling GOBankingRates that what’s surprising in the report are the sophisticated techniques hackers have utilized, not just through ransomware and hack attacks, but also ransomware and money laundering techniques for obfuscation purposes.

“Especially in DeFi space, which took a considerable hit from the cyber-exploits,” Hasan said. “[The] good news that dispels common perception is that blockchain is traceable and law enforcement is ramping up its capability to counter this threat, as witnessed from the recent BTC asset recovery of $3.6 billion.”

Another change that contributed to 2021’s increase in scam revenue was the emergence of rug pulls, a relatively new scam type particularly common in the DeFi ecosystem, the report found.

Discover: How Safe Are Your Crypto Investments?

Scamming revenue rose 82% in 2021 to $7.8 billion worth of cryptocurrency stolen from victims. Over $2.8 billion of this total came from rug pulls, a scam in which developers build what appears to be legitimate crypto projects before taking investors’ money and disappearing, the report notes.

Most recently, for example, the Squid Game crypto SQUID completely crashed as it was revealed it was an apparent scam, following a 33,600% surge the week before, which had raised several red flags and had triggered a warning from CoinMarketCap, which had issued a warning “there is growing evidence that this project has rugged. Please do your own due diligence and exercise extreme caution,” as GOBankingRates reported at the time.

Chainalysis’ Grauer told GOBankingRates that bad actors often embrace the newest technology for their schemes, and as the DeFi ecosystem has developed rapidly in the past couple of years, they’ve turned to this technology to scam people.

“Rug pulls are prevalent in DeFi because with the right technical know-how, it’s cheap and easy to create new tokens on the Ethereum blockchain or others and get them listed on decentralized exchanges (DEXes) without a code audit,” Grauer said.

The report noted, however, that some cryptocurrency businesses are taking innovative steps to leverage blockchain data to protect their users “and nip scams in the bud before potential victims make deposits.”

Grauer explained that indeed, some exchanges such as Luno, are using Chainalysis data to prevent their customers from sending funds to known scams.

“We think all exchanges should consider such steps as scams are by far the category of crime that makes the most money from victims, and are a major barrier to building trust in the cryptocurrency ecosystem,” she said.

The report also noted that one positive development in the last year has been law enforcement’s growing ability to seize cryptocurrency from criminals. One recent example is the Department of Justice (DOJ) seizing $3.6 billion worth of Bitcoin, connected to the 2016 hack of Bitfinex, in what is currently the largest ever recovery of stolen assets in either cryptocurrency or fiat.

“These stories are important not only because they allow financial restitution for victims of cryptocurrency-based crime, but also because they disprove the narrative that cryptocurrency is an untraceable, unseizable asset perfect for crime,” the report notes. “If cybercriminals know law enforcement is capable of seizing their cryptocurrency, it may lower their incentive to use it in the future.”

See: 10 Numbers You Need To Know About Crypto
Find: Crypto Scammers Are Using Robocalls to Steal Funds, Wipe Out Accounts

Nima Sadeghian, Esq., principal of law firm and blockchain consultancy firm Lawonomics, told GOBankingRates that governments and law enforcement agencies around the world have really taken enforcement to a new level in the past year in order to combat darknet activity, specifically in ransomware and money laundering.

“This is very timely and important, since they now require reporting of such ransoms from the victims, and can then use this information to catch each criminal enterprise before they grow too large and destructive,” he said.