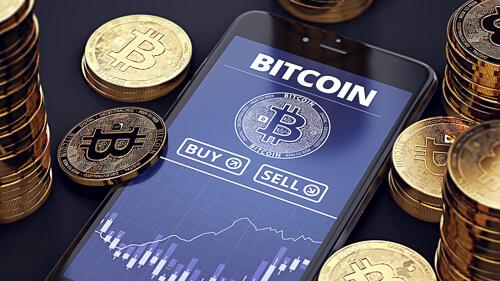 Goldman Sachs is restarting its cryptocurrency trading desk amid increased institutional interest in Bitcoin and the crypto’s meteoric ascent of late.

See: Economy Explained – How Does Cryptocurrency Work, and Is It Safe?
Find: Banks Might Treat Bitcoin Like ‘Real Money’ – These Experts Weigh the Pros and Cons

The desk is part of Goldman’s activities within the fast-growing digital assets sector, which also includes projects involving blockchain and central bank digital currencies, according to Reuters. The bank is also exploring the potential for a Bitcoin exchange-traded fund and has issued a request for information to explore digital asset custody, Reuters reports.

Bitcoin broke the $50,000 ceiling last month and reached a valuation of $1 trillion, a huge milestone. Bitcoin has added more than $415 billion of value in 2021 alone, Bloomberg reports.

See: Bitcoin’s Value Skyrockets to $1 Trillion as Price Hits $54,000
Find: How the IRS Taxes Cryptocurrency – and the Loophole That Can Lower Your Tax Bill

Bitcoin has been boosted by several big-name investors recently, including Tesla CEO Elon Musk. Last month, Tesla bought $1.5 billion in Bitcoin and said the company would begin accepting the cryptocurrency “as a form of payment for our products in the near future,” according to a Tesla Securities and Exchange Commission filing. Previously, Musk added #bitcoin to his Twitter bio, which sent the currency soaring.

Also last month, BNY Mellon announced it had formed a new enterprise digital assets unit to accelerate the development of solutions and capabilities “to help clients address growing and evolving needs related to the growth of digital assets, including cryptocurrencies,” according to a statement.

“BNY Mellon is proud to be the first global bank to announce plans to provide an integrated service for digital assets,” Roman Regelman, CEO of Asset Servicing and head of Digital at BNY Mellon said in the statement last month. “Growing client demand for digital assets, maturity of advanced solutions, and improving regulatory clarity present a tremendous opportunity for us to extend our current service offerings to this emerging field.”

Other big names have jumped on the Bitcoin bandwagon lately, including Ray Dalio, founder of Bridgewater Associates, one of the largest hedge funds, who said in a note on the firm’s website that he believes Bitcoin is “one hell of an invention.”

“Those who have built it and supported the dream of making this new kind of money a reality have done a fabulous job of sustaining that dream and moving Bitcoin (by which I mean it and its analogous competitors) into being an alternative gold-like asset,” Dalio wrote.