With Investors Backing Away From Crypto, Should You Buy Now? 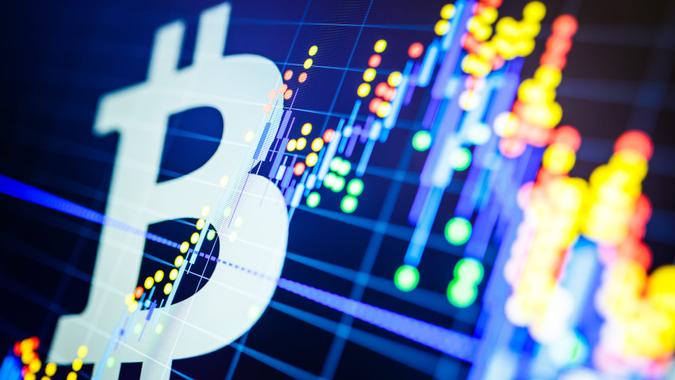 It’s probably way too early to suggest that investors are getting bored with cryptocurrency after years of pouring their money into it. But recent data does point to a big slowdown in the number of investors buying Bitcoin and other cryptocurrencies.

See: Is Crypto Too Risky? 12 Experts Weigh In
Find: How Investing Can Help You Live Richer

As CNBC reported on Monday, trading volumes at the largest crypto exchanges — including Coinbase, Kraken, Binance and Bitstamp — declined more than 40% in June, according to CryptoCompare, a provider of crypto market data.

The CryptoCompare report noted that Bitcoin’s price touched a monthly low of $28,908 in June and finished the month down 6%. The daily volume maximum of $138.2 billion achieved on June 22 was down 42.3% from the intra-month high in May.

China has played a major role in the slowdown, Reuters reported, citing a comment from CryptoCompare saying that “headwinds continued as China persisted with its crackdown on bitcoin mining … As a result of both lower prices and volatility, spot volumes decreased.”

See: Didi Crashes After China Ban, Regulators Warned to Wait for US IPO
Find: Teens Are Sinking Their Money Into Stocks and Crypto…What Basic Investing Principles Can Parents Use to Guide Them?

Chinese authorities have been cracking down on the crypto industry in recent months. At the end of June, China ordered a halt to cryptocurrency ahead of the launch of its own state-backed digital currency. That order effectively shut down mining operations that accounted for up to 60% of all of Bitcoin’s mining power, CNBC reported.

“The Chinese crackdown has caused a lot of fear, which is showing up in markets,” Teddy Vallee, chief investment officer at Pervalle Global, told CNBC. “The digital asset ecosystem got punched in the face, so it’s currently up against the ropes versus fighting in the middle of the ring. Typically when you have large sell-offs, participants are quite fearful and pull back their chips.”

Gabor Gurbacs, director of digital assets strategy at VanEck, told CNBC that volumes tend to slow down during the summer anyway. When you add in the recent drop in crypto prices, it’s hardly surprising that fewer investors are putting their money into it. Many people who invested their money when crypto was peaking earlier this year have suffered substantial losses.

See: Crafty Crypto Tax Dodgers Use Alternative Passports to Avoid The IRS
Find: Skip the Check — Send Crypto for Your Grandkid’s Next Birthday

“Half the market is gone,” Gurbacs said. “We can’t expect the same volumes when the market is basically a lot of people who are new to the space who got spooked.”

The lower prices could push value investors into cryptocurrency, experts say, figuring that now is a good time scoop up coins at comparatively cheap prices.

Meanwhile, it’s also worth noting that despite the recent slowdown, volumes are still higher this year than they were a year ago, and some experts predict volatility and volume to reach previous levels.