Understanding Equity: Why Now Is a Good Time To Buy a House 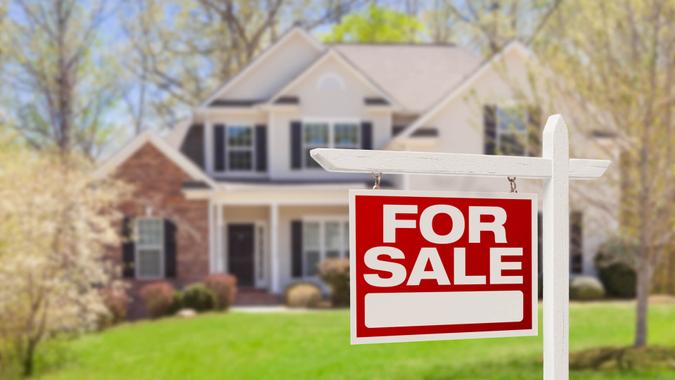 The bidding wars and above-list sale prices that defined last year’s red-hot housing market forced frustrated buyers to the sidelines, where they would have to wait until the market cooled in 2022.

Unfortunately for them, the new year did not bring any magic.

Find Out: 8 Remote Jobs That Pay at Least $20 Per Hour
Uber Lost and Found Index 2022: The Strangest (and Most Common) Items People Leave Behind

GOBankingRates spoke to several experts from across the industry and country who all shared some version of the same prediction: that 2022 — and probably beyond — will keep the ball squarely in the seller’s court.

The Seller’s Market Is Here To Stay

Many of the same conditions that created last year’s historic seller’s market are still in place — most notably, supply is still way too low to meet ever-rising demand.

“The 2022 housing market is skewed heavily in favor of sellers — and it’s likely to stay that way for most of the year,” said Nik Shah, CEO at Home.LLC. “There just aren’t enough homes for sale in the housing market, and this number is getting lower with every passing day. Inventory of existing homes for sale dropped almost 20% in December. As long as this trend continues, home prices will keep going up, while affordability will continue to worsen.”

The December numbers that Shah cites represent the lowest inventory on record, according to the National Association of Realtors. Last year, prices skyrocketed by nearly 19% — another record — and, while they won’t continue to rise at that unsustainable pace in 2022, they will keep rising.

“On top of the 2021 highs, house sales are predicted to climb by 6.6%, while home prices will rise by 2.9%,” said Corey Tyner, founder and president of Buy Yo Dirt.

The Millennials Are Here

“Right now we have a supply-and-demand issue for the foreseeable future,” said Andrew Iremonger, who runs a real estate team called the Emerald Group at eXp Realty. “Pending World War III or something catastrophic that we can’t account for, the prices will continue to rise because of it. The reason being: We have the largest buying force in history entering the first-time homebuyer space — the Millennials. The average first-time homebuyer is around 34 years old in this country right now and the average Millennial is around 35 years old — so here is our demand.”

No matter what the economy does, that generational tidal wave will wash over the housing market for the entire decade to come.

“Millennials are entering their early thirties — the prime first-time homebuyer age — in large numbers,” Shah said. “They will continue to exert upward pressure on home prices well into the mid-2020s.”

That dynamic will stall any real relief even when more homes finally do hit the MLS listings.

“Despite a minor increase in housing inventory,” Tyner said, “demand from these young households will maintain the market.”

Low inventory and mounting Millennial demand are keeping prices high, but so is a decade of anemic new construction.

“Our supply is low because of builder demand,” Iremonger said. “Over the last 12 years, builders have been far below the average in the amount of homes they are building. In fact, builders should have been averaging just over a million homes per year since 2010 in order to keep up with the upcoming Millennial demand that was forthcoming. They have been very far under that for most of 2010 to 2020 or so, and 2021 was still a bit lower than they needed; 2021 and 2022 are the first two years where they have been close to the amount of new builds that we have needed in the last 12 years. As prices continue to rise at approximately 4% to 5% every year, they are estimated around a 31% to 33% increase over the next five years.”

On the surface, it appears that help is on the way.

“There are close to a million housing units that are currently authorized for construction or under construction,” Shah said. “They have been delayed due to persistent supply-chain issues. When these homes are completed in the second half of 2022, there’s an expectation that they will add to inventory and skew the market in favor of buyers.”

Shah, however, cautions that this is a very optimistic reading of the data.

“That’s because many of these homes have already been sold,” he said. “For example, just 25% of new homes sold in December 2021 were completed homes. 46% were still under construction, while work had yet to start on 29% of homes.”

Many buyers who were priced out of the market last year planned to rent until the storm passed.  But the storm never passed and now rents are at historic highs, with prices up by more than 30% in some cities, according to the Washington Post. That reality has forced weary renters back into the housing market, pushing home prices up even further.

“Although growing prices and mortgage rates will pose financial issues,” Tyner said, “rising rents, which are expected to climb by 7.1%, will be a powerful inducement for many would-be first-time homeowners.”

Yes, prices are rising and will continue to do so — but that will be good news for you once you’re all moved in.

Several experts share his faith in the housing market — if for no other reason than that there is no one “housing market.”

“Each market both from a regional standpoint down to a neighborhood standpoint is unique,” said Alicia Chmielewski, founder of the real estate auction company 3D Community. “Some are highly sought after as large companies are moving to the area and bringing with them record-setting employment numbers, while other areas are losing those very employees and thus homeowners.”

Also, as a general rule, home values appreciate over time and inflation ticks up, which means prices are always rising. So waiting, the theory goes, always hurts and never helps.

“Even in hot markets like Dallas, it’s still a great time to buy,” Chmielewski said. “Why, you may ask? Simple. Areas like Dallas keep growing in demand, so waiting — even though it is a seller’s market — only results in increased prices, thus further reducing a consumer’s ability to purchase in the future. If you can purchase, do it.”

Even if the market cools later this year or next year, prices aren’t going to drop — they’re just going to rise by less. It will never be cheaper than it is right now.