When Is the Best Time To Close on a House? 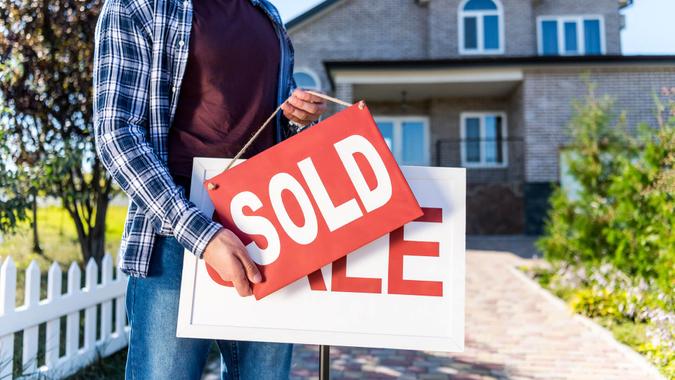 When shopping for a home, the time of year that you enter the market will have a lot to do with the experience you’ll have along the way. That’s not to say that any individual month is any better than another. Houses are available for the taking all year long, and each season brings a different dynamic in terms of competition and available inventory, as well as a different list of benefits and drawbacks.

See: 40 Cities That Could Be Poised For a Housing Crisis
Be Aware: 10 Signs You Should Not Buy a Home Right Now

The Best Time To Buy Is When You Are Truly Ready

The best strategy for making a home purchase is to buy based on your personal financial situation, not by trying to time the real estate market, said Mihal Gartenberg, an agent with Warburg Realty. “The real answer is that buyers should buy when they are ready,” she said. “If they are ready now, they should buy now. If they need to wait, they should wait.”

That said, buyers should know what to expect based on when they start shopping. You can’t time the market, but you can generally anticipate how the market will behave based on the weather.

Also, as Time’s NextAdvisor points out, seasonal market fluctuations are part of the reason why it’s so important to work with a knowledgeable local real estate agent who specializes in your ZIP code of choice — no one knows better how the market will change with the seasons.

Find Out: 25 Cities Where the Middle Class Is Thriving

When you think of winter, cold probably comes to mind — and you should make that same mental connection to the housing market, too. There’s much less inventory on the market in the coldest, darkest months, but there’s also much less competition, according to Quicken Loans. The sellers who are listing their homes around the holidays and new year tend to be highly motivated. They’re often selling off-season because they have to, for one reason or another, which gives the buyer an extra dose of negotiating power.

Winter can also be a great time to save because out-of-demand lenders and commission-starved real estate agents are often more willing to negotiate their fees in the slow winter months. However, thin inventory isn’t the only drawback of shopping in December, January, and February. Keep in mind that you’ll be scouting neighborhoods and visiting properties in severe weather in much of the country.

Spring: You’ll Have a Lot of Choices — and Competition

But just as there are more choices, there are more buyers, more competition and greater demand — all of which means that you should expect to pay top dollar in the spring.

According to Zillow data, prices are highest between March and May.

Summer: A Nice Blend of Solid Inventory and Falling Prices

Summer’s status as America’s peak buying season depends on where you are in the country, according to Rocket Mortgage. In places like Florida, for example, the weather can make house-hunting in the dog days of summer as miserable as it can be in January in the Northeast.

But by and large, summer shopping offers the best of both worlds — summer home buyers often find both good inventory and good deals.

This is especially true at the end of the season moving into fall when prices start to drop. August sees the most price cuts, according to Zillow, but that last month of summer still offers a healthy inventory level that is close to what you’d expect to find in the busy spring season. It’s not just August. Price cuts are most common between July and September, in general.

Fall: The Sweet Spot for Buyers on a Budget

Home prices typically fall in the autumn as kids head back to school, temperatures drop and the holidays take over family schedules. This is especially true in the late fall as winter approaches and sellers feel their leverage slipping away and a new tax year approaching.

According to Zillow, fewer buyers pay above the asking price in November than in any other month of the year.