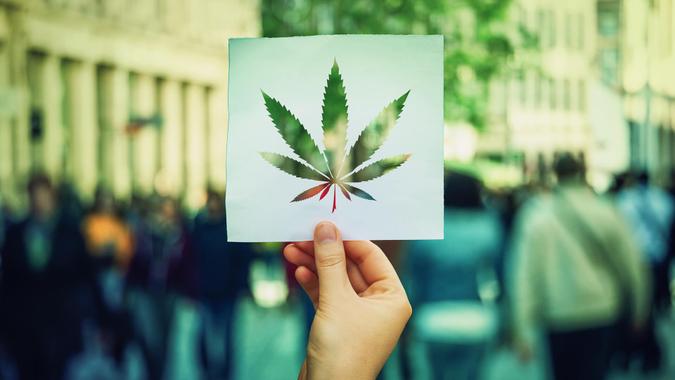 The CBD market — CBD meaning cannabidiol, the natural substance derived from cannabis found in both marijuana and the non-psychoactive hemp plant — has achieved a steady growth curve even during the pandemic.

See: Weed Legalization Is Broadening, and One Company Is Getting Ready
Find: 10 Ways to Invest In the Growing Cannabis Industry

The global cannabidiol market size was valued at $2.8 billion in 2020 and is expected to expand at a compound annual growth rate of 21.2% from 2021 to 2028, according to a Grand View Research report.

Increasing awareness of CBD’s therapeutic benefits have influenced buyers to buy cannabidiol products, regardless of their cost, according to the report. In turn, as these have a greater profit margin, commercial retailers, including health and wellness retailers such as Rite Aid, CVS Health and Walgreens Boots Alliance, are now focusing on selling CBD products.

See: Schumer’s Bill for Federal Legalization of Weed Might Be a Boon for Marijuana Stocks
Find: How Much States Make From Marijuana Tax Revenue

With estimated sales of $730 million, the state of California is the country’s leading market for CBD products, according to Statista.

“CBD products come in many different shapes and sizes, including tea, vape products, and soaps. Within the food segment, oils and spreads were the most common types of cannabidiol products in 2019,” according to Statista. “In American convenience stores, vitamins were the leading CBD segment in terms of sales, generating over 20 million U.S. dollars in 2020. Overall, lotions and balms were the segment of CBD products that sparked the most interest among consumer[s] in the U.S. followed by gummies, tinctures, and supplements. While still a relatively small factor in consumer markets, CBD penetration is growing. In 2019, CBD accounted for four percent of the global vitamin and dietary supplements market. By 2027, this number is expected to grow to over 20 percent.”

Eric Schiffer, CEO of The Patriarch Organization, tells GOBankingRates that “public policy tailwinds mixed with sophisticated marketing, which educates people on the myriad of CBD health benefits, combined with mainstream brand integration and distribution, will be the catalysts that drive CBD product sales near $20 billion by 2025.”