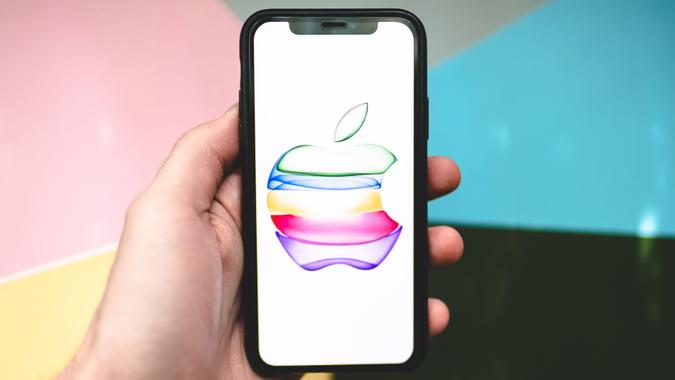 See: Record Highs as Tech Stocks Drive the Market
Find: Top High Dividend Stocks You Should Consider for Your Portfolio

Facebook reported earnings per share of $3.30 and revenue of $26.17 billion, which represents a 48% increase year over year, according to the release. Analysts’ consensus estimates were EPS of $2.37 and consensus revenue estimate of $23.71 billion, according to Seeking Alpha.

Earnings were fueled by advertising revenue growth in the first quarter of 2021, which was driven by a 30% year-over-year increase in the average price per ad and a 12% increase in the number of ads delivered, according to the release.

“We had a strong quarter as we helped people stay connected and businesses grow,” Mark Zuckerberg, Facebook founder and CEO, said in the release. “We will continue to invest aggressively to deliver new and meaningful experiences for years to come, including in newer areas like augmented and virtual reality, commerce, and the creator economy.”

The stock was up 5.3%  after hours Wednesday.

In terms of its financial outlook, Facebook said it expects second quarter 2021 year-over-year total revenue growth to remain stable or modestly accelerate relative to the growth rate in the first quarter of 2021 “as we lap slower growth related to the pandemic during the second quarter of 2020.”

Daniel Strachman, managing partner of A&C Advisors, tells GOBankingRates that while this week’s big tech earnings are good news for individual investors, and it’s important to pay attention to them, it is “also important for them to remember that good companies can’t be judged quarter to quarter.”

See: The New Tech Bubble — Beware the Unprofitable Tech Stock
Find: Tech Stocks That Are Worth the Investment Right Now

“When exploring investment ideas and making investment decisions, you need to look at the company, its management and its prospects for the future and not worry about them hitting or missing a quarterly number,” Strachman adds.

As for Apple, it reported  its fiscal 2021 second quarter, with  EPS of $1.40 and record revenue of $89.58 billion, representing a whopping 54% increase year over year, according to the earnings release. This compares to analysts’ consensus EPS estimate of $0.99 and consensus revenue estimate of $77.25 billion, according to Seeking Alpha.

The company’s revenue was boosted by international sales, which accounted for 67% of the quarter’s revenue.

See: Apple Now World’s Most Profitable Business, Taking a Bite Out of Saudi Oil Company’s Legacy
Find: Why It’s Never a Bad Idea to Invest In Apple and These Other Companies

“This quarter reflects both the enduring ways our products have helped our users meet this moment in their own lives, as well as the optimism consumers seem to feel about better days ahead for all of us,” Tim Cook, Apple’s CEO, said in the release. “Apple is in a period of sweeping innovation across our product lineup, and we’re keeping focus on how we can help our teams and the communities where we work emerge from this pandemic into a better world. That certainly begins with products like the all-new iMac and iPad Pro, but it extends to efforts like the 8 gigawatts of new clean energy we’ll help bring onto the grid and our $430 billion investment in the United States over the next 5 years.”

The stock was up 3.2% after hours Wednesday.

Jonathan R. Wiley, vice president, head of investments at Arch Global Advisors, tells GOBankingRates that this earnings week for mega-cap tech is important due to their weighting in the S&P, and hence, the results could determine the next market move.

“Also, many money managers and 401(k) plans own a considerable amount of the FAANG names, so the average investor should keep an eye out,” Wiley says. “So far, the rally upward has been put on pause despite seeing impressive growth in both top and bottom line numbers for many companies coming out of COVID. The problem I’m currently seeing, though, is that the bar has been set so high that the results are already baked into the share price.”

Twitter and Amazon will release their earnings later today.