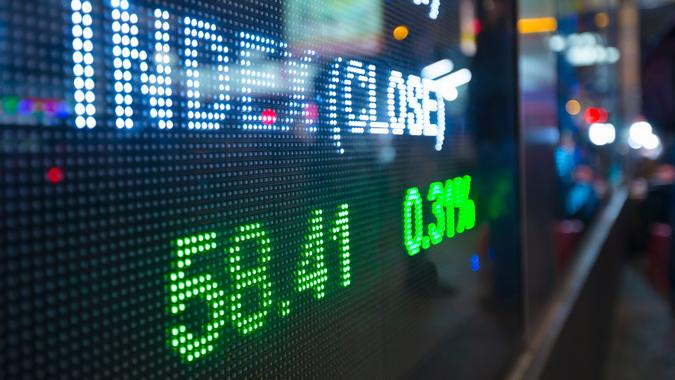 Now could be a prime time to buy stocks you’ve been holding off on. As CNBC reports, JPMorgan Private Bank anticipates that the S&P 500 will rise up to 3,600 points before the year is out — climbing to 3,750 by next September. With points hovering at 3,352 after the market’s most recent close, that’s a staggering 10% increase.

“We think certainly that the U.S. markets can make new highs over the next [year],” JPMorgan’s head of equities strategy Grace Peters told CNBC’s Squawk Box Europe.  “We can see around a 10% upside over a 12-month view.”

If you follow the markets, this kind of optimism might seem like a shock. It was just one week ago when the stock markets experienced a uniquely terrible day: The S&P 500 dropped by more than 2.4% to close at 3,236.92 last Wednesday — its lowest level since late July. The Nasdaq also slid by 3%, settling at 10,632.99, its lowest level in nearly two months. The Dow dropped 525.05 points, or 1.9%, down to 26,763.13, despite shares of component stock Nike (NKE) reaching a record high in the wake of outstanding quarterly earnings.

Investors might be wary to dive in for fear of loss, but from a big picture perspective, this rocky September’s dips have been negligible. As Dumb Wealth wrote on Seeking Alpha, Microsoft, Amazon and Apple were all up to 20% off last Wednesday, thanks to temporary slumps in tech.

Ultimately, if you can afford to take advantage of discounted shares — and you believe in the company at hand — it can be shrewd to buy in during a rough patch ahead of a future price surge. Peters recommended a different approach to CNBC: Stick with stocks whose prices follow economic cycles, rather than the whims of a volatile market. (Think healthcare innovation or construction materials.) But either way, market drops are never the end of the world. Keep calm.