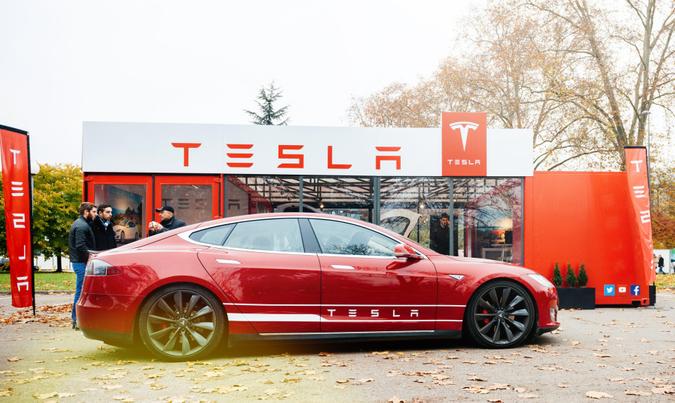 JPMorgan is suing Tesla for a breach of contract, according to a court filing. The lawsuit stems partly from a 2018 tweet from CEO Elon Musk — which has come back to bite him, as it triggered a series of financial consequences, in this case, $162 million the bank is seeking to recover.

JPMorgan said it entered into a series of warrant transactions with Tesla, which required the company to deliver either shares of its stock or cash to JPMorgan if, at the time the warrants expired, Tesla’s share price was above the contractual “strike price,” according to the filing.

The warrants did expire with Tesla’s share price above that strike price. JPMorgan demanded the due shares or cash, “but Tesla has flagrantly ignored its clear contractual obligation to pay JPMorgan in full. JPMorgan brings this action to enforce its right to payment,” reads the filing.

JPMorgan said it had the discretion to adjust the strike price based on factors including the volatility of Tesla’s stock. The bank made two modifications in August 2018 — one after Musk tweeted that he had secured funding to take Tesla private and another when the chief executive officer abandoned the effort weeks later.

At the core of the matter, JPMorgan says that the warrants Tesla sold to the bank included standard provisions intended to protect the parties against the economic effects on the warrants of announcements of significant corporate transactions involving Tesla.

The bank says there were two such announcements. The first, when Musk tweeted in August 2018 “Am considering taking Tesla private at $420. Funding secured,” combined with the fact that Tesla made additional statements and took various additional actions confirming it was considering a going-private transaction.

In turn, those economic effects “substantially decreased the value of the warrants. As required by the terms of the governing agreements, JPMorgan appropriately reduced the warrant strike price on August 15 to maintain the same fair market value as the warrants had before Tesla’s announcement,” according to the filing.

The second announcement, when Musk reversed course and announced it abandoned the going-private transaction. “Tesla’s second announcement increased the value of the warrants, and thus required a second adjustment under the governing agreements–this time a strike price increase that reversed some, but not all, of the initial reduction,” according to the filing.

Bloomberg reports that this dispute dredges up one of Musk’s most controversial episodes, as the U.S. Securities and Exchange Commission sued the CEO and Tesla in September 2018, alleging that Musk had committed securities fraud and the company lacked adequate controls of his social media activity.

Musk and Tesla each agreed to pay $20 million in a settlement without admitting wrongdoing, he was forced to give up the role of board chairman for three years, and Tesla agreed to have a lawyer pre-approve material information Musk wants to communicate to investors, according to Bloomberg.