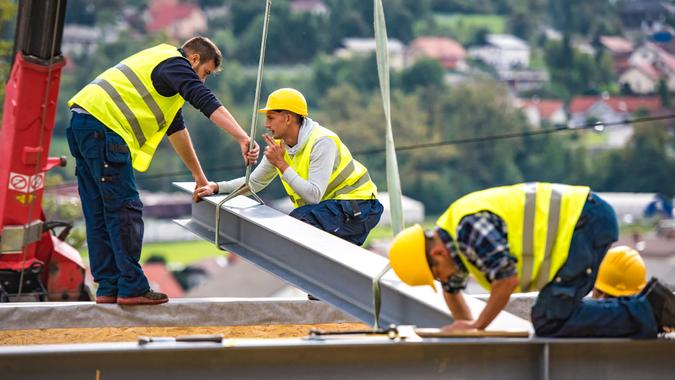 Stocks are higher today, following Friday’s blowout March job reports, which was the strongest month since last summer, helped by an acceleration of the vaccine rollout and an easing of restrictions.

See: Do You Think the Minimum Wage Should Be $15? Take Our Poll
Find: Stock Market Reaches Record High on Heels of Biden Infrastructure Plan Announcement

The US added 916,000 jobs in March, boosted by the leisure and hospitality sector. This nascent economic recovery is also reflected in the decrease in the unemployment rate from 6.2% in February to 6% in March, according to the Bureau of Labor Statistics.

Economists had estimated 675,000 jobs to be added in March and the unemployment rate to decrease to 6% from 6.2%, according to The Wall Street Journal. This follows an addition of 379,000 jobs in February.

See: US Adds 916,000 Jobs in March — Strongest Gain Since Summer
Find: The Stock Market’s Record Highs Could Be Due to Pandemic Boredom

The Dow Jones Industrial Average rose 267 points, or 0.8%, shortly after the opening bell. The S&P 500 added 0.7% and the Nasdaq Composite also climbed 0.7%, according to The Wall Street Journal.

“It was a blockbuster report on all fronts, exceeding expectations in a really big way,” Hani Redha, portfolio manager at PineBridge Investments, told the WSJ. “The market has already started to respond. The direction of stocks will be very positive.”