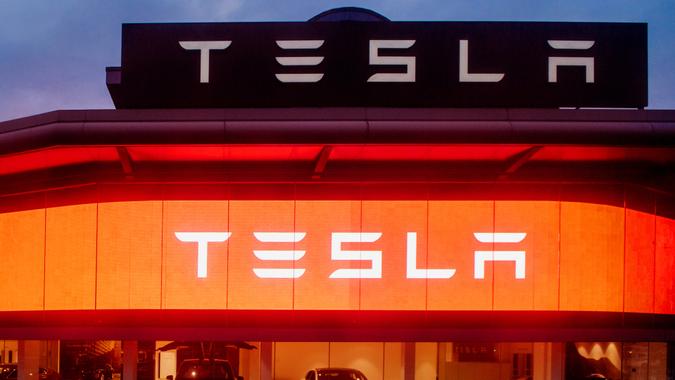 Tesla shares have been down since CEO Elon Musk won the $44 billion Twitter deal, dropping 12% on April 26. The drop reflects investors’ worries, partly due to Musk potentially overextending himself between his numerous companies. Year-to-date, the stock is down 27%, although it is up slightly in pre-market trading so far today.

Look: How To Get Rich With a Normal Job
Learn: 27 Ugly Truths About Retirement

The Wall Street Journal reports that the Tesla shares — closing at $876.42 on April 26 — were the worst performers in the tech-heavy Nasdaq-100 index Tuesday, and the stock had its worst day since September 2020, when it fell 21% after it was passed over for inclusion in the S&P 500 index.

The stock is now down around 23% since April 4, when Musk first disclosed a position in Twitter, according to the Wall Street Journal, adding that the takeover deal came together quickly and surprised shareholders and market watchers. It also spurred volatility in shares of both Twitter and Tesla.

Wedbush Securities analyst Dan Ives wrote that there are two core worries pressuring Tesla shares currently. The first is the $21 billion in equity financing for Twitter, which will result in some piece of Musk’s Tesla ownership being sold over the coming year.

“There is a lot of confusion about the $21 billion equity component of the Twitter transaction on the Street around if Musk brings in PE [private equity] partners to help finance the deal or goes at it alone,” Ives wrote.

In turn, this puts a “black cloud” over Tesla’s stock. “As we have said before, the Twitter transaction was never ideal for Tesla investors as the stock will now ultimately bear the burden of acquiring Twitter through its equity based financing mechanics,” he wrote.

The second concern is around Musk being “distracted” and pulled in too many directions, as he now somehow has to be focused on Twitter, Tesla and SpaceX.

“The Twitter deal brings another X variable into the mix for Musk which will be a concern for investors until they are proven otherwise,” Ives wrote. “While the Tesla story is not impacted, Musk is the heart and lungs of the Tesla story and the Twitter saga now unfortunately becomes an overhang for Tesla.”

Wedbush remains bullish on Tesla, however, maintaining its Outperform rating.