3 Ways the Pandemic Is Still Shaping How We Invest 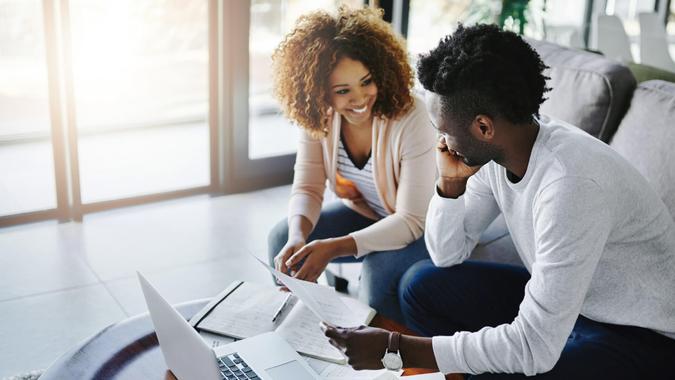 It’s been over two years since the pandemic began, and it’s still affecting many Americans’ financial behaviors, particularly when it comes to how they invest. Over 3 in 5 (63%) actively investing U.S. adults have changed their investing habits in some way since the start of the COVID-19 pandemic, a recent Fidelity Investments study found.

Tips: 20 Genius Things Mark Cuban Says To Do With Your Money
Find Out: Here’s How Much Cash You Need Stashed if a National Emergency Happens

Here’s a look at how the pandemic is still shaping Americans’ investing behaviors.

Some Americans Are Investing for the First Time

Among the investors surveyed by Fidelity, 9% said they started investing for the first time amid the pandemic.

“There are many reasons why Americans have begun investing over the past two years,” said Roberta King, VP and branch leader at Fidelity Investments. “Due to ‘The Great Resignation,’ many people switched jobs for higher pay or better benefits, which could have presented a logical opportunity to begin investing or contributing to a 401(k) or similar retirement account.”

In addition to having more financial wiggle room, King credits an increased public awareness of financial topics as contributing to the increase in investing.

“We’ve seen financial topics break through mainstream media like never before,” she said. “We saw ‘meme stocks’ infiltrate the media last year, which led to an increase in retail accounts as the next generation became interested in learning more about investing and finances, and how they can participate in our financial systems in a way that can impact their future goals in a meaningful way.”

Options: 6 Alternative Investments To Consider for Diversification in 2022

20% of Americans Are Increasing the Amount They Invest

One in five investors are putting more money into their investment accounts than they were prior to the pandemic, the study found.

“Americans are pivoting their priorities to longer-term goals, [and] one way [to do so] is by increasing how much they’re investing,” King said. “A variety of factors can influence this. Over the past two years of uncertainty, we’ve seen the ‘YOLO economy’ and ‘revenge travel,’ among other phenomena, take shape due to people being stuck indoors for so long. This influenced Americans’ spending and saving habits and, at the same time, led to more people ‘treating themselves.’ But, as turmoil continues due to COVID-19, market volatility, inflation and geopolitical events, people may feel less inclined to spend and more inclined to save and/or invest. For example, as seen in our study, Americans would rather put money toward an emergency fund (65%) than spend money on a vacation (35%).”

King also notes that just as people switching jobs and earning more income could lead to them investing for the first time, it could also lead those who were already investing to invest more.

“According to Fidelity’s 2021 year-end retirement analysis, nearly 40% of individuals increased their 401(k) contributions in 2021, a record,” she said.

“Overall, the data shows us that Americans were choosing viable financial options by investing in their needs (emergency funds, retirement accounts, etc.) rather than their wants (vacation, big events, etc.),” King noted.

“Many have changed the types of investments they’re making, such as focusing more on money made (70%) over the type of company that they invest in,” King said. “Others have begun prioritizing longer-term trades over shorter-term trades. This is due to Americans shifting priorities from short-term goals to long-term goals, potentially due to market volatility and inflation. Americans now would rather contribute money to their 401(k) than use that money on a vacation, for instance, and they are using the same mindset when choosing how they invest their money.”

Long-Term Gains Are Now the Priority

Among investors who have changed the types of investments they’re making, three-quarters (76%) are prioritizing long-term gains over short-term when investing.

“We’re seeing everyone, from stock market newbies to veterans, target longer-term payoffs,” King said. “In some cases, this is due to general risk tolerance, but more recently, market volatility and inflation have caused investors to reapproach their assets. Our survey found that the No. 1 concern right now among Americans is inflation. People may be concerned that inflation may impact how and when they can retire, which could be swaying them to make certain investing decisions. Particularly for those who started investing during the pandemic, long-term trades may be more comfortable as they learn more about the market.”

The Fidelity study also found that over 3 in 5 (63%) investors are prioritizing low-risk, low-reward investments over risky, high-reward trades. This may be a beneficial strategy, depending on your individual circumstances.

“There isn’t a one-size-fits-all investment strategy,” King said. “It depends on your age, risk tolerance, goals and so much more. We recommend regularly reviewing your portfolio to make sure the investment mix still works for you, considering the external factors going on and the stage you are at with set goals. Because of the volatility of the past two years, many people may be doing just that — reevaluating their risk and investment mix.”

According to the study, 70% of investors are more focused on the money they make from an investment than the type of company they’re investing in.

“The fact that most American investors are more concerned about money made than the type of company that they invest in is quite surprising, as younger generations have been more interested in environmental, social and governance investing,” King said.

No matter how you prioritize your investments, however, King said it’s essential to fully educate yourself before making any moves.

“Overall, financial education is critical in ensuring you meet your goals,” she said. “These goals can be short- and/or long-term, and they may be focused on investing in companies that share your values.”