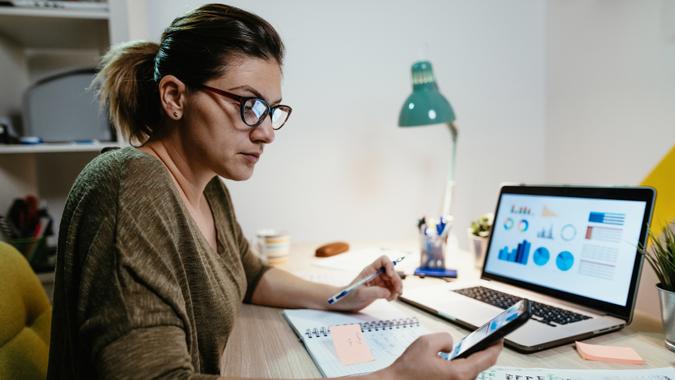 You might want to sit down, investment bros, because this could sting a little: Women continue to outperform men when it comes to investing, according to a new study from Fidelity Investments.

See: Robinhood Crypto’s COO Shares Why Women Shouldn’t Be Intimidated To Invest in Crypto
Find: How Can Women Hedge Their Investments To Make Up for Making Less?

The Fidelity Investments 2021 Women and Investing Study, released on Friday, found that on average, women investors achieved positive returns and topped men by 40 basis points, or 0.4%, following an analysis of more than 5 million Fidelity customers from January 2011 to December 2020.

Those figures line up with previous research Fidelity has conducted that has shown a consistent pattern of women investors outperforming men. One reason cited is that women favor a buy-and-hold strategy that tends to do better over the long term than the frequent trading preferred by men, CNBC reported.

“It demonstrates that women are great investors, and when they take action, it can work out quite well for them,” Lorna Kapusta, head of women investors and customer engagement at Fidelity, told CNBC.

The study included a nationwide survey of 2,400 American adults conducted in July by CMI Research. One finding that came out of the study is that half of women say they have “become more interested in investing” since the start of the COVID-19 pandemic.

“It’s terrific to see women taking greater control of their finances and getting more invested to help achieve their financial goals,” Kathleen Murphy, president of Personal Investing at Fidelity Investments, said in a press release. “The last 18 months have been extremely challenging, and for many women, driven historic levels of stress surrounding their finances, job security and long-term savings. However, in working with millions of women across the country, they have clearly demonstrated their ability to persevere and focus on positive financial steps for the future.”

Even though women have proven that they are savvy investors, many still seem to lack confidence in their expertise. The survey found that 42% of women said they now have more money to invest, but only 41% said they’re comfortable with their investing knowledge. Given $25,000 to invest, less than half (47%) say they would know what steps to take.

See: How Learning Poker Is Being Used to Recruit Women Into Money Management Roles
Find: Why 50% of Women Aren’t Investing Their Money

That should change as more women educate themselves on investing.

“We’re seeing a notable shift in women wanting to learn more not just about how to start investing, but how to dig deeper – how to evaluate and select different types of investments to align with specific goals and how to manage an existing portfolio to ensure you’re invested appropriately and on track,” Kapusta said in a press release.