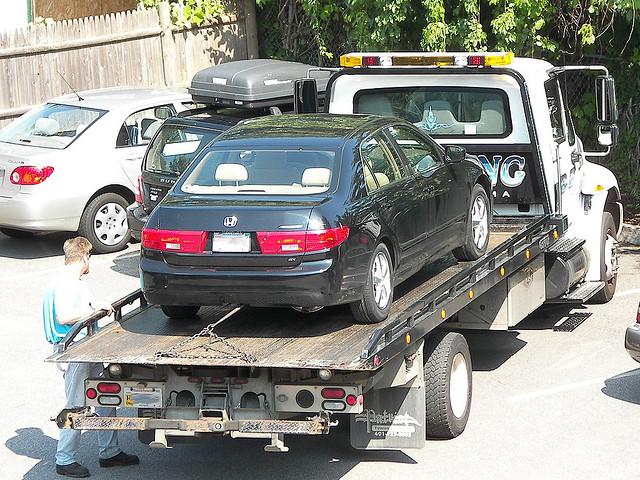 Buying a new car can be a stressful experience, especially when seeking a balance between cost, features and auto loan financing terms. However, staying on solid financial footing after a new car purchase doesn’t stop at the dealership; car buyers who opt to finance their vehicle must also diligently maintain good standing with lenders by fulfilling car payments on time.

According to the S&P/Experian Consumer Credit Default Indices as of July 2013, a measure of consumer default rates on various credit types, auto loan defaults are at 1 percent — trailing just behind first mortgage defaults. Car loan defaults are an almost regular occurrence during the economic recovery, necessitating the car repossession process among lenders — but not all banks are going so far as to take physical custody of vehicles.

What Is Car Repossession?

Car repossession is rarely a simple process, as a lot of factors come into play when borrowers become delinquent on their auto loan. Depending on a borrower’s status with his lender, the institution may reach out to an individual who is past due on his loan to negotiate a financially sound solution for both parties.

When that route fails and auto loan payments still aren’t made in a timely manner, lenders in most states are legally entitled to take the vehicle from a driver’s possession (they own the vehicle’s title until the entire loan is paid, after all). A repo company will likely be hired to act on behalf of the lender to physically retrieve the vehicle.

Once the physical car repossession process is completed, banks often choose to put the car on the auction block in an effort to recoup the remaining balance. The amount from the sale is then subtracted from the balance on the original loan, and the borrower remains liable for the remaining “deficiency,” including repo fees.

While this process is typically what takes place upon defaulting on an auto loan, not all delinquent auto loan borrowers are feeling the hurt of a lost vehicle.

Why Some Banks Don’t Bother with the Car Repossession Process

Depending on the remaining balance left on the auto loan or the condition of the vehicle, some banks find that initiating the car repossession process is too much of a hassle and too costly to deal with.

Expenses that come up when repossessing a vehicle include hiring a third-party to actually collect the car from the borrower, which The Nest states costs lenders anywhere from $300 to $1,500. Storage fees, reconditioning the vehicle for a car repossession auction and going through the time involved to find the best bid on the car also contribute to some banks’ decision to not pursue a physical car repossession — all while the car itself continues to depreciate as each day goes by.

The prospect of being able to still drive a car without having to pay for it might sound enticing, but there are a few things to remember about car repossession laws that could prove useful later on in the ordeal.

Car Repossession Laws and What They Mean For You

Whether or not days go by with fingers crossed that today won’t be the day the repo man comes for a car, borrowers are afforded certain protections through car repossession laws.
Save for Your Future

Borrowers might have custody of the vehicle in question, but there are no legal restrictions regarding how long banks have after the default to pick up a vehicle. According to the Federal Trade Commission, “Once you are in default, the laws of most states permit the creditor to repossess your car at any time, without notice, and to come onto your property to do so.” An example of this is when borrowers park their car in an unsecured driveway or on a public street.

Attorney Pauliana N. Lara of Consumer Action Law Group explained, “You do not have to be present in order for the bank to repossess your vehicle, so the situation could arise where you are driving your car, you are followed and once you park and leave, then the car is repossessed. It is also common to repo the car at night so long as the repo man doesn’t break the peace.”

The breach of the peace that Lara alludes to is a restriction that states set for creditors undergoing the car repossession process. It protects borrowers from repo companies using physical force or removing a vehicle from a closed garage without the borrower’s consent.

Car repossession laws such as this might delay the bank’s ability to repossess the car, as some borrowers in default sometimes try to hide the vehicle in an enclosed, private space. Ultimately, however, not having a legal claim to the vehicle’s title can result in significant penalties and financial burden, especially in the event of a car accident. 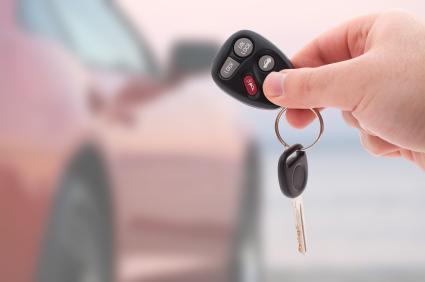