Seniors & Student Loan Debt: Is There Any Way Out? 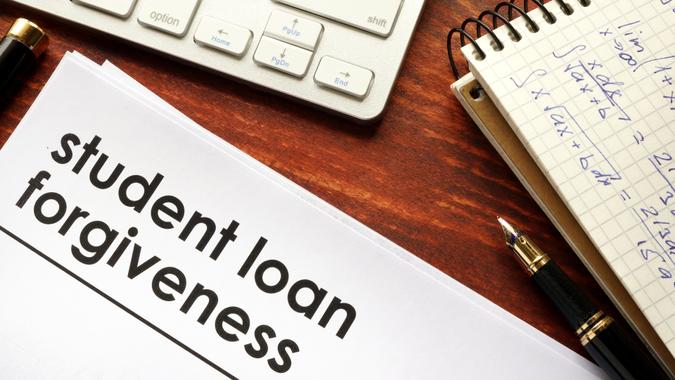 The problem of mounting student loan debt in the United States largely centers on younger people who are struggling to pay off loans along with their other bills. But seniors on fixed incomes also face many of the same challenges.

Yet senior citizens are often left out of the conversation when lawmakers, including President Joe Biden, discuss student loan relief, according to Andrew Pentis, a loans expert and certified student loan counselor at StudentLoanHero.

The Biden administration has “been really great about targeted student loan forgiveness programs” for veterans, disabled people and other groups, Pentis recently told MarketWatch. That’s not the case for older borrowers, however — despite the fact that seniors make up a significant portion of student loan debt holders.

When it comes to individual loan amounts, boomers tend to face bigger debt loads than other groups. The Fidelity analysis found that boomers had an average monthly loan payment of $620 as of Sept. 30, 2021. That compares to $490 for Gen X, $510 for millennials, and $480 for Gen Z.

It should be noted that Fidelity’s $515 monthly average for all groups is higher than the estimates from education data providers, which have an average of $390 based on the total number of borrowers and the outstanding student-debt burden in the United States.

And those payments will be resuming soon. While some lawmakers have tried to extend student loan relief and even forgive loans for millions of borrowers, so far there hasn’t been much support from Congress.

As it stands, Biden extended the student loan pause to May 1, which means borrowers only have a couple of months left to figure out a strategy. For many seniors it will be difficult — especially those who lean heavily on Social Security income to pay the bills.

See: Yale Law School To Cover Full Tuition for Up to 50 Students — Who Qualifies?
Find: Top Tips From Gen Xers Who Have Paid Off Their Student Loans

To prepare for the resumption of payments, Pentis recommends contacting your federal loan servicer to ensure your account is in order. Also, if you have been on an income-driven repayment (IDR) plan, make sure you still qualify for the plan and that it is up to date.