Student Loan Forgiveness Not Included in Biden’s Budget — Will Payment Pause Be Extended by May 1? 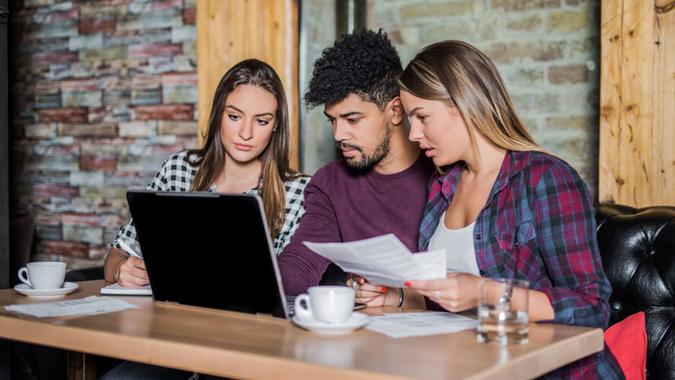 President Joe Biden’s $5.8 trillion budget proposal has a little something for everyone — except federal student loan borrowers hoping the budget would include provisions to forgive all or part of their debt.

The proposal does not include any direct student loan relief such as payment forgiveness or interest relief, Forbes reported. There also is no extension of the student loan payment pause that went into effect two years ago during the early days of the COVID-19 pandemic.

As it stands, the pause is still set to end on May 1, 2022, meaning federal student loan borrowers will have to resume their payments on that date.

In terms of higher education, the proposal includes funds that would double the maximum allowable Pell Grant by 2029. These grants provide federal aid for low-income students and don’t need to be repaid. The proposal also earmarks $752 million in funding for HBCUs and $800 million to streamline and improve student loan servicing.

As Forbes noted, Congress must first approve the budget for it to pass, and there’s a chance Biden’s proposal could be changed in Congress to include additional student loan relief. If that doesn’t happen, Biden could always use an executive action to provide relief to federal student loan borrowers — something many Democrats and advocates have urged him to do.

See: In Less Than a Decade, You Won’t Be Able To Afford a Home in These Cities
Find: How To Borrow Money on Cash App

Biden could also use his executive powers to extend the payment pause, which is another action supported by certain lawmakers and advocates. As GOBankingRates previously reported, Sen. Patty Murray (D-WA) recently unveiled a four-point plan that would extend the pause to 2023 and cancel student loans for some borrower. Murray, chairwoman of the Senate Health, Education, Labor and Pensions Committee, urged Biden to consider her proposal.

White House officials, including Chief of Staff Ronald Klain, have said the Biden administration is considering taking executive action to help student loan borrowers. But so far, nothing concrete has been proposed.