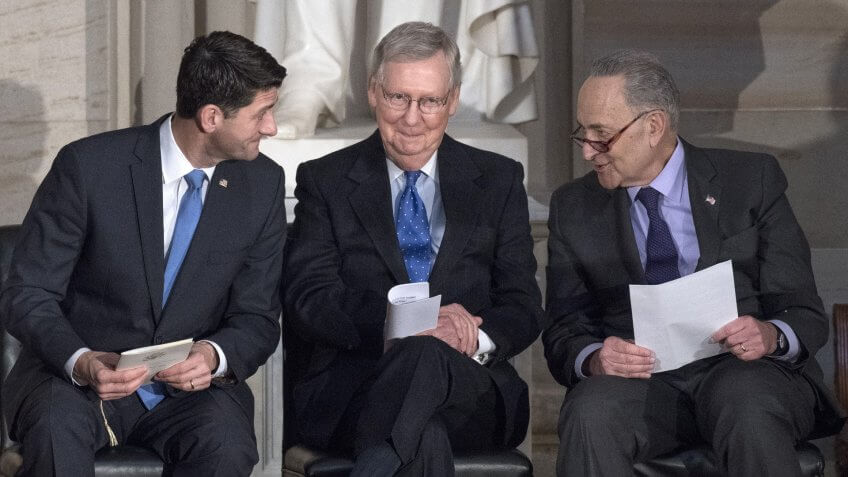 The U.S. Constitution establishes that members of Congress have to make the decision about how much they’re going to get paid, setting up the centuries-old gripe from Americans about how the “bums” in Congress aren’t earning their keep.

However, since the Senate and House of Representatives were first elected in 1789, their increasingly complicated work has required a number of positions and offices — which all have different levels of compensation — to help them govern as efficiently as possible.

Click through to see the highest- and lowest-paying positions in Congress. 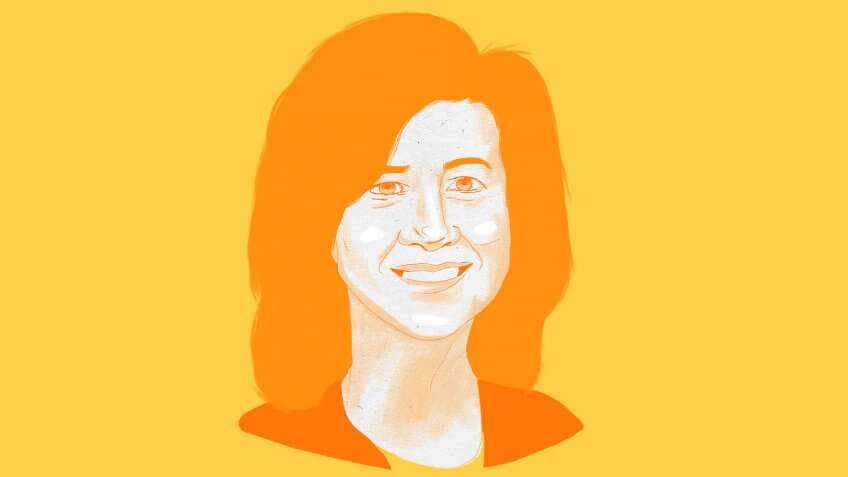 The parliamentarian acts as the interpreter of the rules and procedures of the Senate, helping arbitrate disputes and ensure that both parties play by the same rules. The current parliamentarian is Elizabeth MacDonough. Appointed to the role in 2012 by former Senate Majority Leader Harry Reid, MacDonough is the first woman to hold the post in U.S. history. 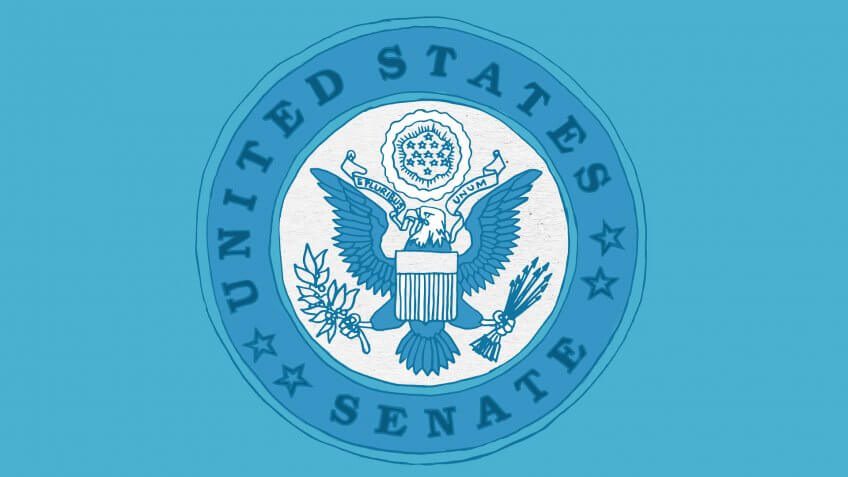 The Office of Senate Legal Counsel is, simply put, the lawyer who offers legal advice to members of the Senate and defends them in court when necessary. Established in 1978 by way of Title VII of the Ethics in Government Act, the role is filled by appointment from the president pro tempore. The current Senate legal counsel is Patricia Mack Bryan.

Also appointed by the president pro tempore of the Senate, the Senate legislative counsel helps senators of both parties and their staff write bills, resolutions and amendments. The Legislative Drafting Service was established by the Revenue Act of 1918, but whereas the House Office of Legislative Counsel was given its own charter in 1970, the Senate office remains under the original statute.

Click to through to read about Rudy Giuliani’s net worth as he divorces, joins Trump’s legal team. 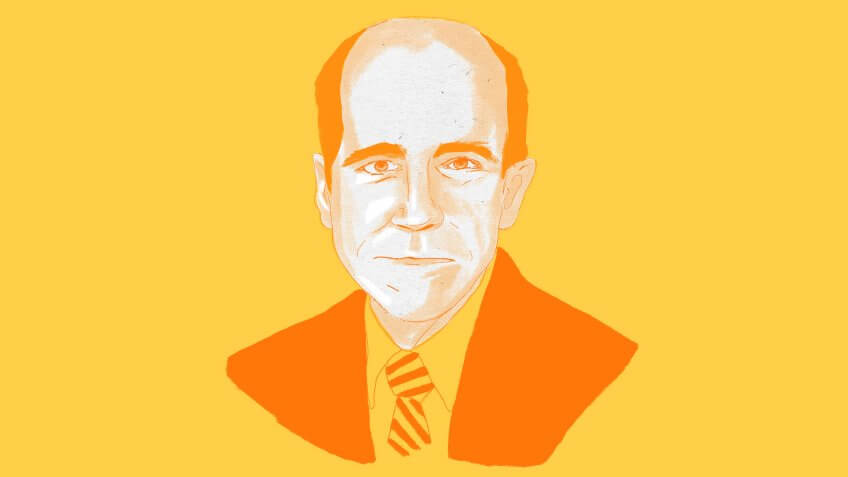 Senate Sergeant at Arms and Doorkeeper

The original role of doorkeeper was first filled by James T. Mathers in 1789, but it has since evolved into the position of sergeant at arms and doorkeeper. The current sergeant at arms is Michael C. Stenger, who started serving in April 2018. Stenger, a Marine Corps veteran and 35-year member of the Secret Service, is replacing his former boss Frank J. Larkin, for whom he served as chief of staff. 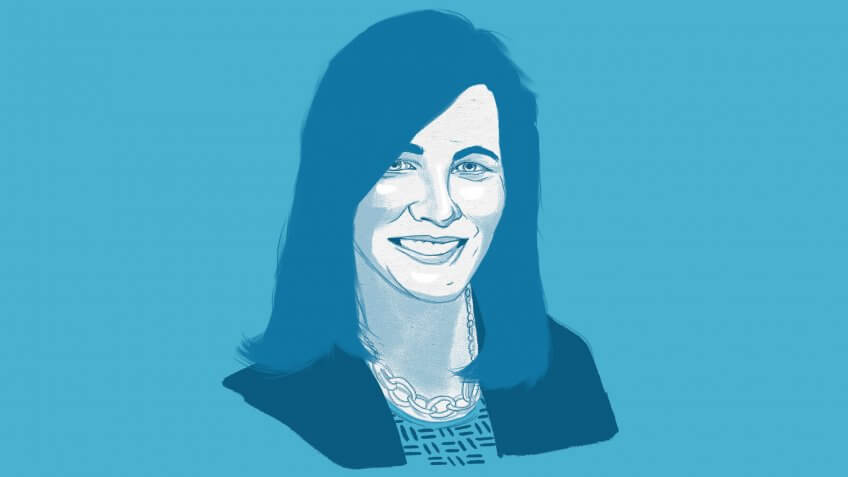 The secretary of the Senate supervises many different offices and services to ensure that the day-to-day business of the Senate runs smoothly. Established in April 1789, the role of the office has expanded considerably like the size of the government. The current secretary of the Senate is Julie E. Adams, who started her career as a staffer for Sen. Mitch McConnell and later served as the spokesperson for first lady Laura Bush. She was elected to her current position on Jan. 6, 2015. 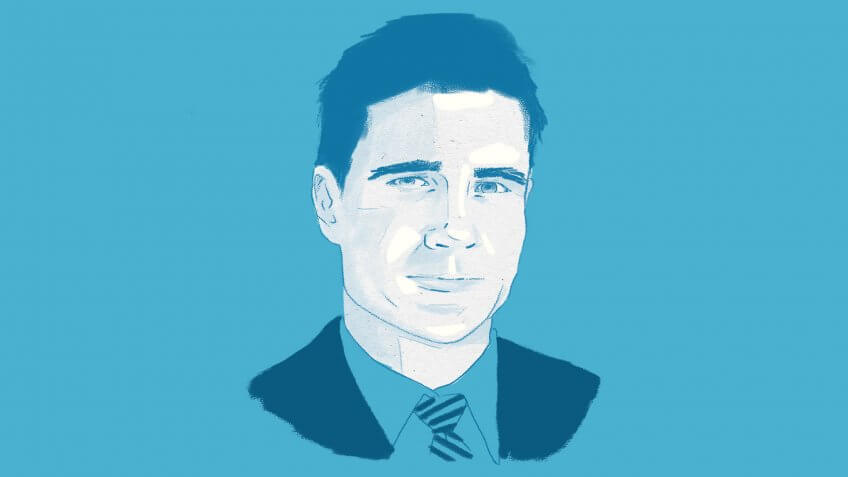 The Office of the General Counsel of the U.S. House of Representatives provides legal advice and assistance to House members and their staff. The current general counsel is Thomas G. Hungar, who has been in the position since July 2016. He had previously worked in the private sector and served as the deputy solicitor general of the Department of Justice as well as a law clerk to Associate Justice Anthony M. Kennedy of the Supreme Court. 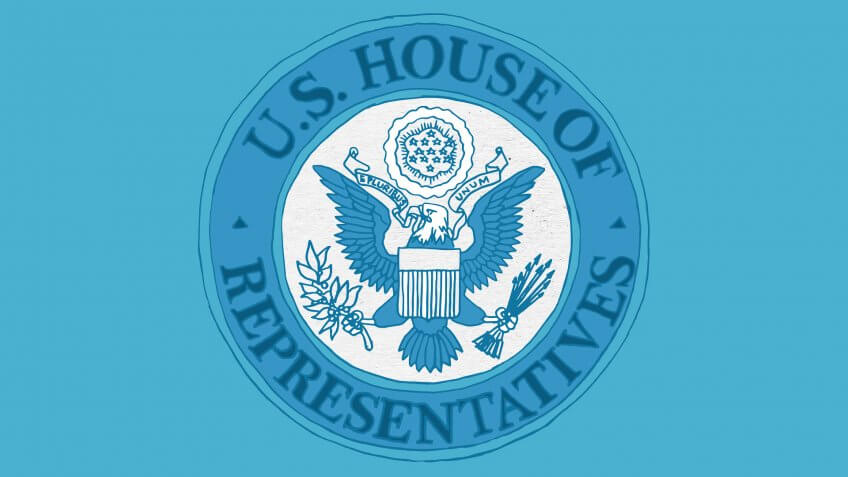 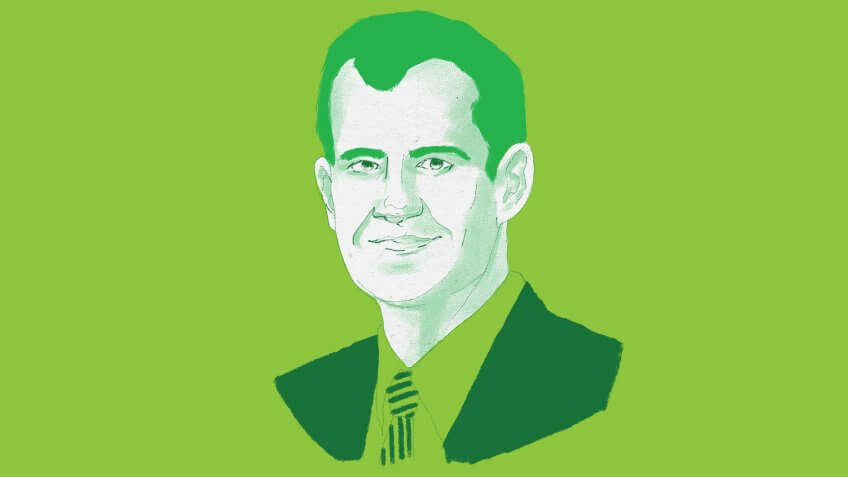 The Office of the Inspector General was created in 1992 and is tasked with making recommendations for improving the performance, accountability and integrity of House operations. That includes financial, administrative and technology-based functions. The office conducts independent audits in addition to providing advisory and investigative services, all in a nonpartisan fashion.

The role is currently filled by Michael Ptasienski, the fifth person to assume the role. Ptasienski — a 10-year veteran of the Office of the Inspector General — had previously filled the role on an interim basis since October. 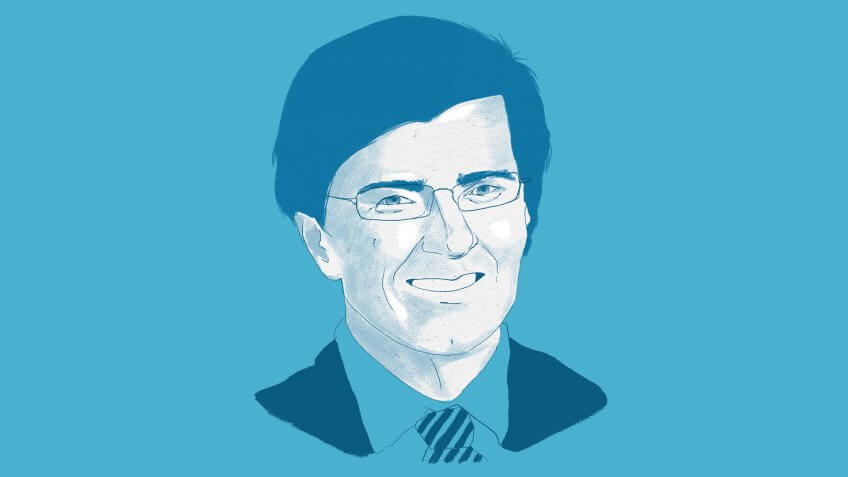 The current House parliamentarian is Thomas J. Wickham, who has served in that capacity since his appointment by Speaker John Boehner on March 31, 2012, and is only the fifth person to fill the role.

The office is currently being led by Ralph V. Seep.

Much like its counterpart in the Senate, the Office of the Legislative Counsel of the U.S. House of Representatives helps members of Congress draft the language of their bills, amendments and resolutions.

The current House legislative counsel is Wade Ballou, a role he has filled since being appointed by Speaker Paul Ryan. He brought some three decades of experience in legislative drafting to the role.

Click to read about former President Barack Obama’s net worth. 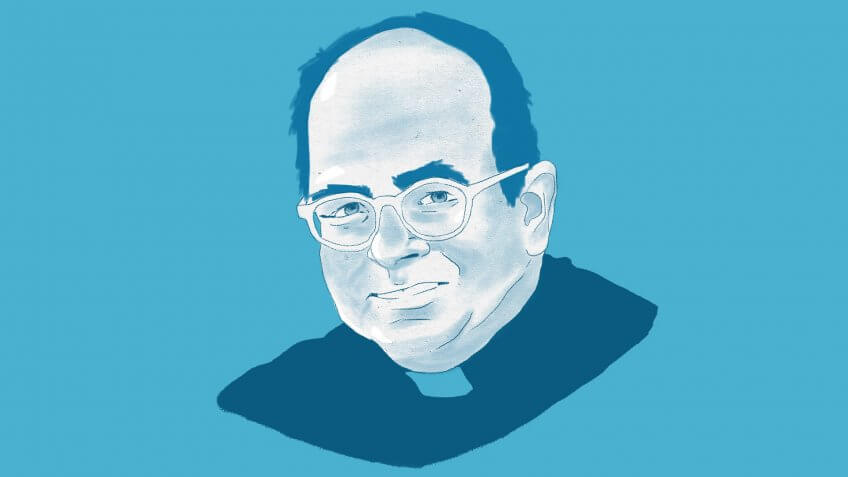 The primary duty of the House chaplain is to offer a prayer at the beginning of the day’s business in the House; however, they are also responsible for coordinating guest chaplains, offering pastoral services to House members of all faiths and maintaining the Congressional Prayer Room near the Capitol rotunda.

The current chaplain of the House is the Rev. Patrick J. Conroy, who was the source of some unexpected attention when he was abruptly dismissed by Speaker Paul Ryan after serving in the role since 2011. After considerable controversy, Ryan ultimately reversed his decision and returned Conroy to the post in early May. 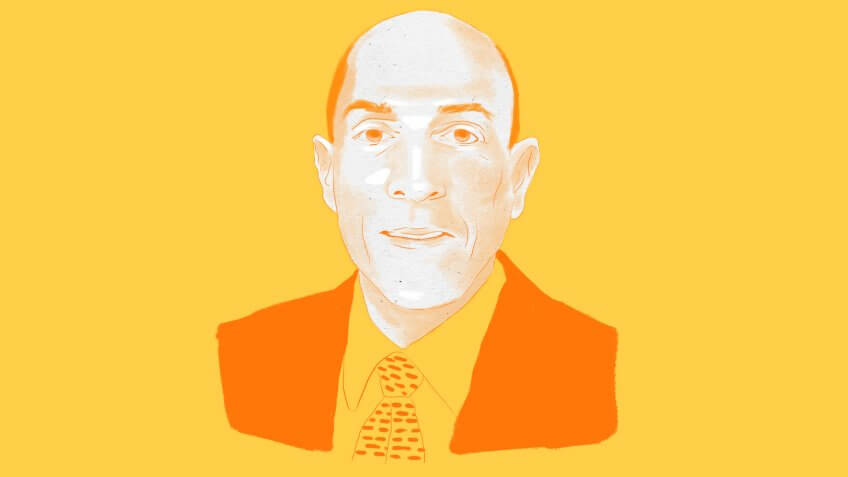 The House sergeant at arms serves in essentially the same capacity as his counterpart in the Senate, acting as the chamber’s chief officer for law enforcement and protocol as well as reviewing anything involving the security and safety of the members of Congress.

The role is currently filled by the Honorable Paul D. Irving, and he has been working in that capacity since January 2012. He was previously a special agent with the Secret Service for 25 years and served as assistant director from 2001 to 2008. Irving also serves as a member of the U.S. Capitol Police Board, filling the role as chairman in alternating years. 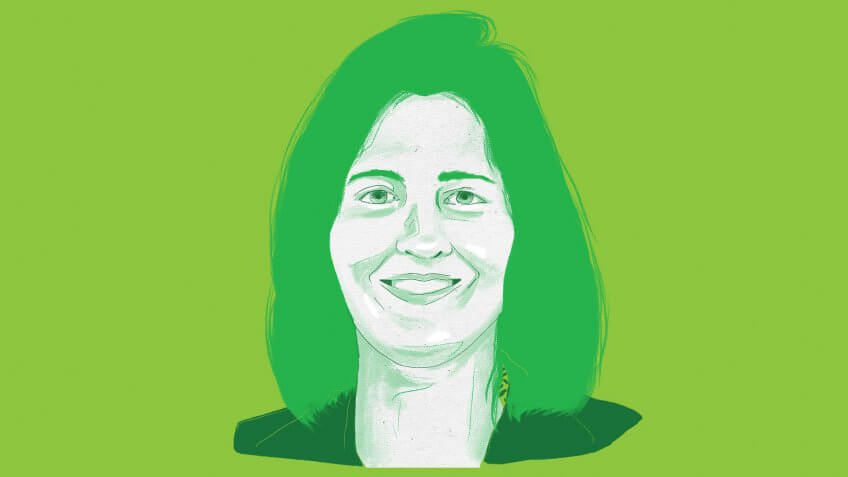 The Office of the Clerk handles everything from calling roll for members-elect and distributing a list of reports required to be made available to Congress to keeping up all non-current House records and affixing the seal of the House to all formal documents.

The clerk is selected every other year while the House organizes the newly elected Congress, and the role is currently filled by the Honorable Karen L. Haas. She is the 34th individual to fill the position and served as clerk for the previous five congresses as well as briefly holding the role from 2005 to 2007.

Find Out: The Richest Politician in Every State 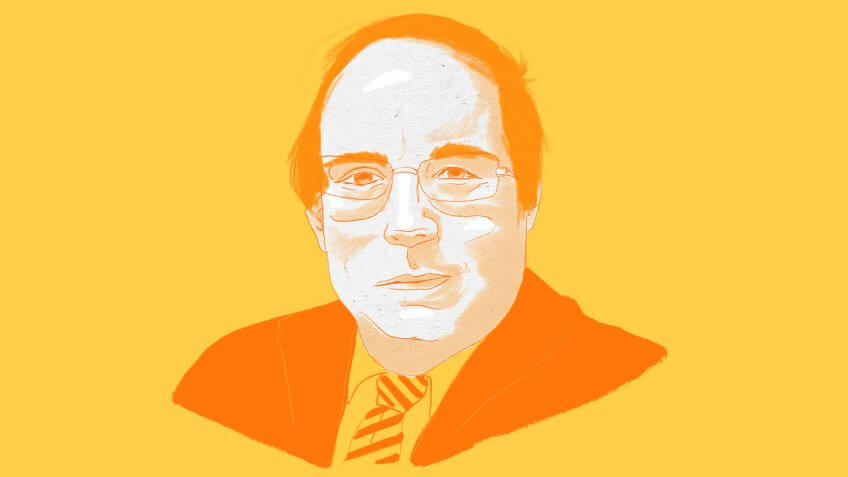 The chief administrative officer is responsible for providing support services to the entire House and its 10,000 staff members. That includes administrative, technical and operational support and advising services.

The role is currently held by Philip G. Kiko, who was nominated by Speaker Paul Ryan and sworn into office on Aug. 1, 2016. Kiko has worked with the House for many years, initially taking the position of legislative director for Rep. Jim Sensenbrenner straight out of law school in 1979. 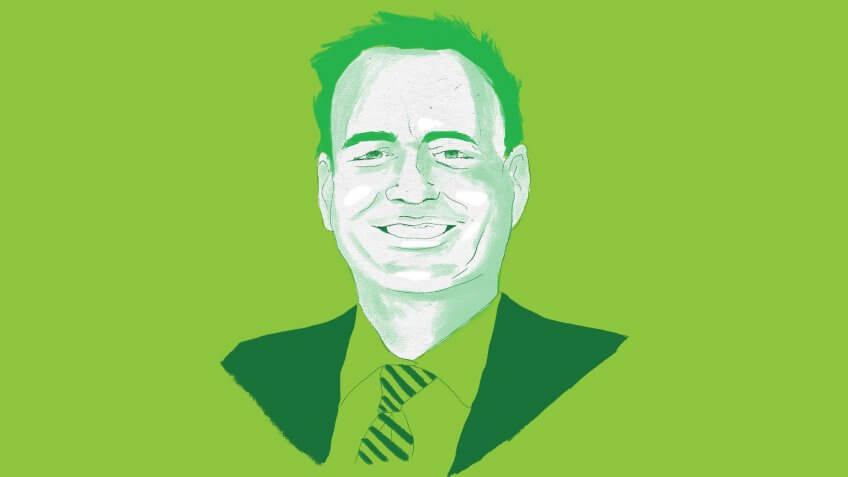 Each of the 435 members of the House of Representatives is directly elected by the members of their district to serve as their voice in the House. The Constitution calls for members of Congress to set their own pay, and the current wages of $174,000 per year were established by an automatic 2.8 percent raise in January 2009 as outlined in the Ethics Reform Act of 1989. 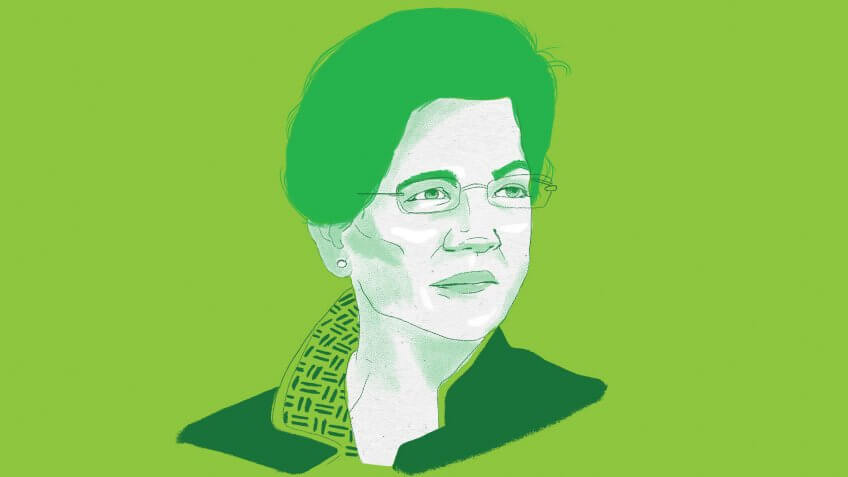 Each U.S. state elects two senators to the Senate, each for a six-year term. Direct election of senators has only been in place since the passage of the 17th Amendment in 1912 as the Constitution initially called for them to be appointed by state legislatures.

While the Ethics Reform Act of 1989 established an automatic annual adjustment to congressional salaries based on the Employment Cost Index from the Bureau of Labor Statistics, Congress has voted not to allow scheduled pay raises to go through each year since 2009, freezing salaries at the $174,000 level.

Discover: 10 Tax Loopholes That Could Save You Thousands

The duties are currently executed by Jenniffer González-Colón, the first woman ever to hold the position, which is elected by the residents of Puerto Rico. The Republican has been a lifelong activist for statehood for Puerto Rico. 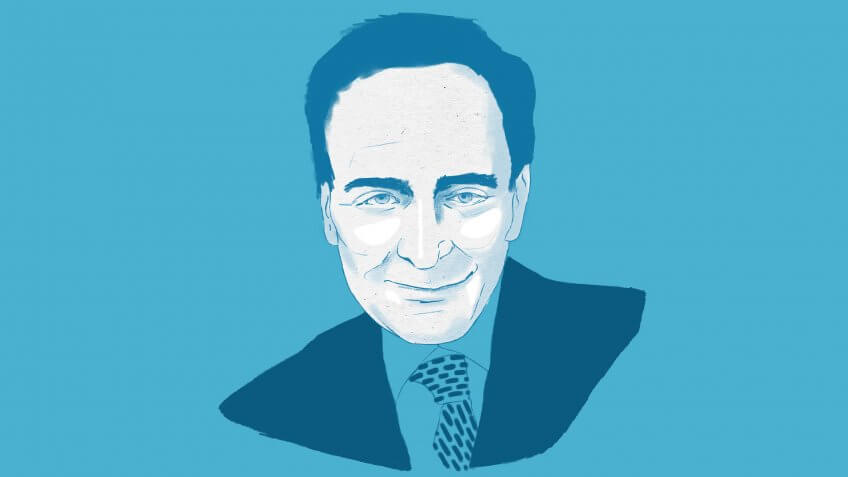 The role of the party floor leaders in Congress isn’t outlined in the Constitution, but it has developed over the years as a practical measure to ensure the smooth functioning of Congress. The floor leaders are elected by the members of their party at the outset of each Congress.

The current Senate minority leader is Sen. Charles Schumer, D-N.Y., a position he has held since early 2016 when he took over for departing Senate Majority Leader Harry Reid. 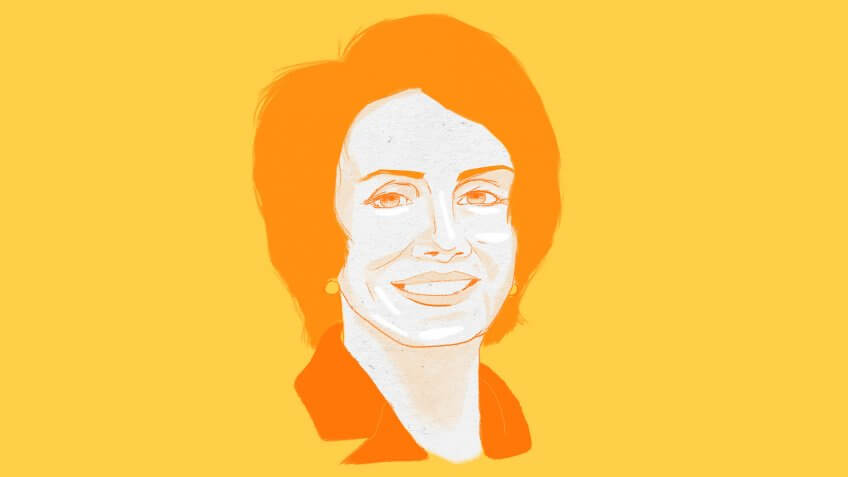 The House minority leader is usually the most prominent member of the House caucus for the party not currently in power. Although there are other party leadership roles — like the whips or committee chairmen — they don’t have a higher salary written into law.

See: You’re Probably Richer Than These Members of Congress 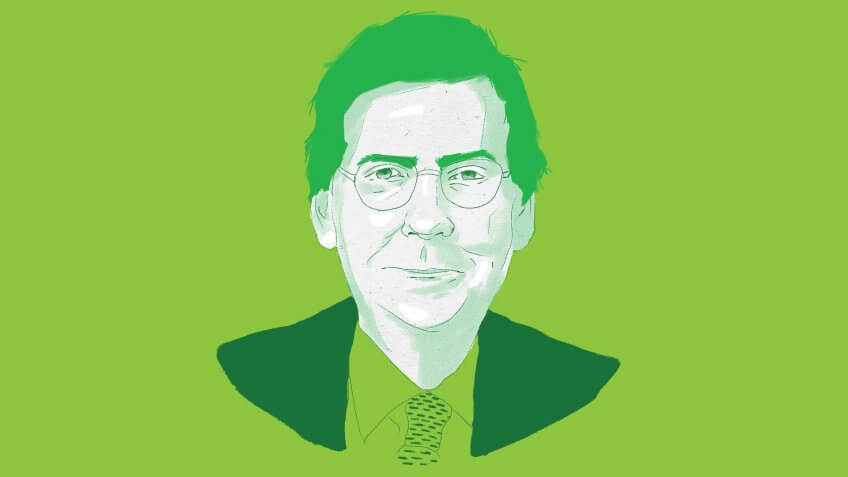 In the Senate, the party leader elected by members of the majority party holds the most powerful role in the body. The Senate majority leader works with committee chairmen to schedule Senate business and call bills to the floor from the calendar. They also coordinate with the minority leader to limit debate time when appropriate.

The position is currently held by Sen. Mitch McConnell, R-Ky., who was unanimously elected by his Republican colleagues in 2014 and 2016. Prior to that, he was elected as the minority leader four straight times — again, unanimously — and served as the Republican whip for four years. He has been a senator for Kentucky since he was first elected in 1984. At the time, McConnell was the first Republican to win a statewide race there since 1968. 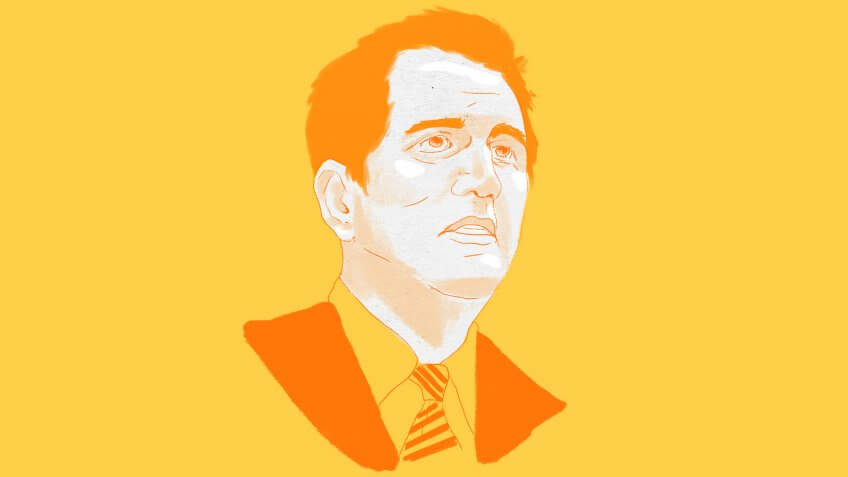 Unlike the Senate majority leader — who can exercise considerable control over the chamber — the House majority leader is more important in his support role for the speaker, handling the day-to-day management of the party caucus.

The current House majority leader is Rep. Kevin McCarthy, D-Calif., who has served in that function since 2014. He’s the elected representative of California’s 23rd District. 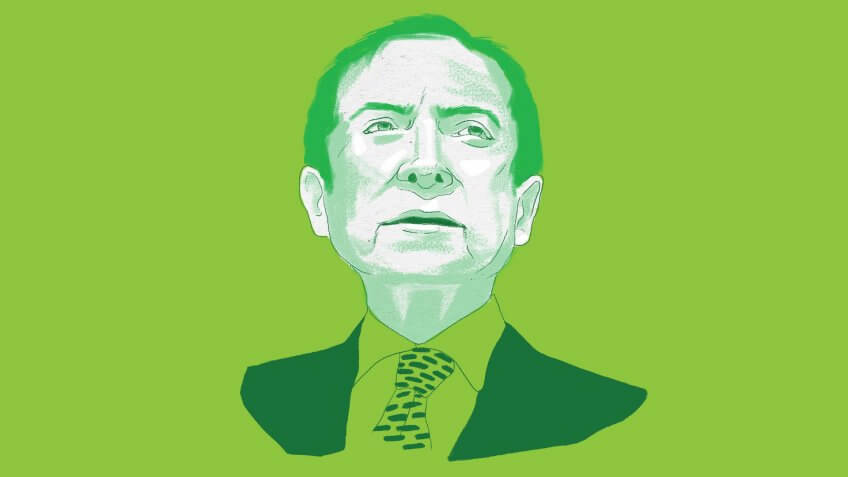 The role is currently filled by Sen. Orrin Hatch, R-Utah, who is currently serving in his seventh term as senator. 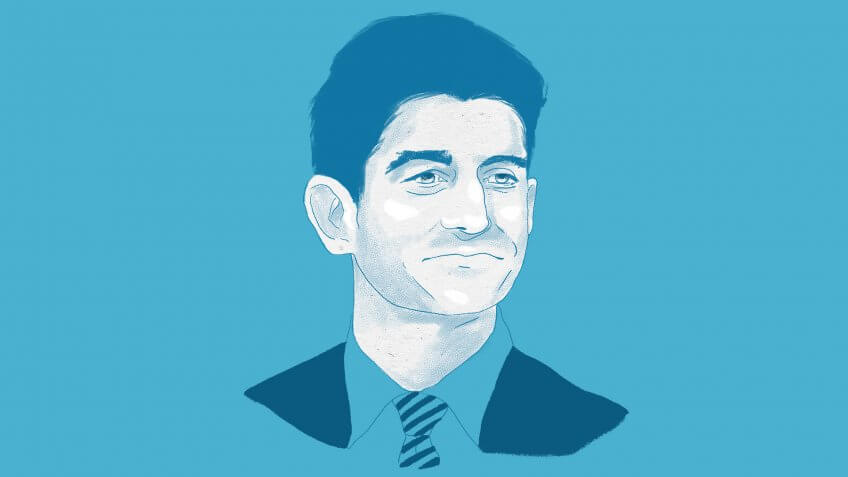 Speaker of the House

Not only is the speaker third in line for succession to the presidency, but the role is also specifically defined by the U.S. Constitution, the only position in this study that’s in the founding document.

As the parliamentary leader of the body, the speaker has the power to control much of the legislative agenda for the chamber. The position is elected by the House, so though it has almost always been a member of the majority party, virtually anyone could win the role whether they’re in the House or not.

The current speaker is Rep. Paul Ryan, R-Wis., the 54th speaker currently serving in his 10th term as the representative of Wisconsin’s First Congressional District. Ryan took over the role in October 2015 after John Boehner retired from Congress. Ryan, though, has announced his intention to retire after completing his current term, setting up a battle among the members of whichever party wins the majority this fall to succeed his role. 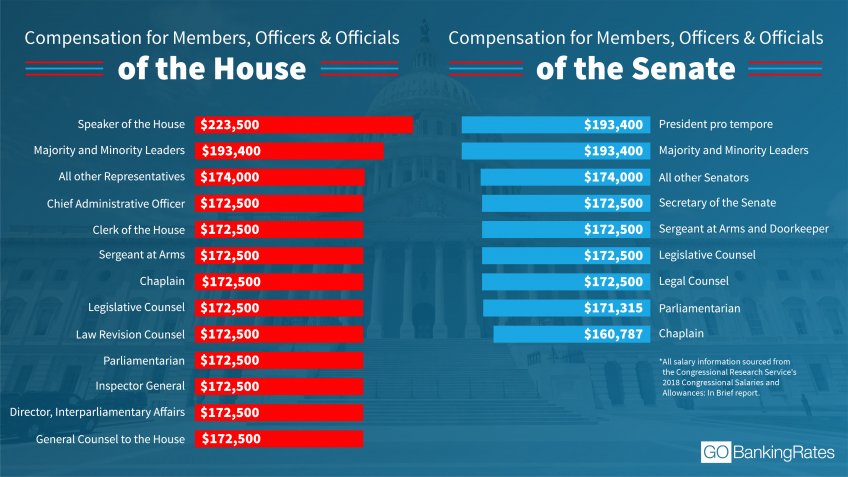 The Highest- and Lowest-Paying Positions in Congress

Generally speaking, there isn’t a big discrepancy in pay between the upper and lower chambers of Congress. Whereas the Speaker of the House receives the highest annual pay, followed by the president pro tempore and the majority and minority leaders, nearly all other members of the House of Representatives and Senate receive between $171,000 to $174,000 per year. The Senate Chaplain is the low-paid outlier with a still-respectable $160,787 annual salary.

Keep reading about Donald Trump and 16 other rich and powerful world leaders. 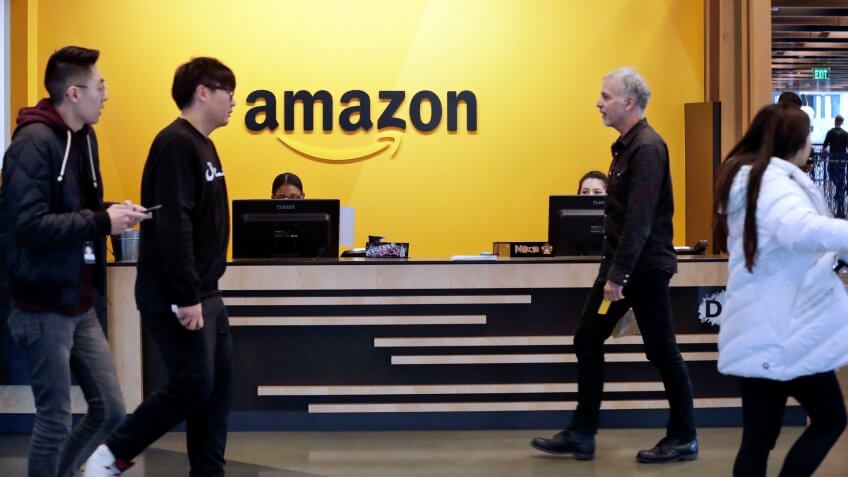 Working at Amazon isn't for everyone.